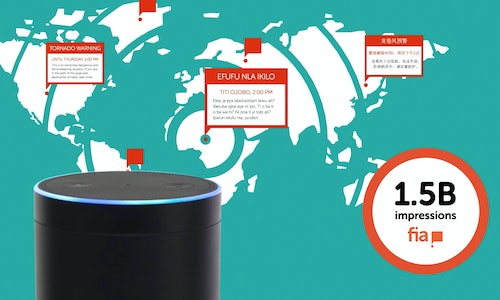 Federation for Internet Alerts' (FIA) mission is simple: to save lives. The Alert Hub was designed specifically to scale the aggregation and dissemination of emergency messaging globally, regardless of technological, geographic and language barriers, as well as build in additional technologies such as facial and speech recognition services and expansion to digital signage globally. FIA began as a partnership between Conversant and the National Center for Missing and Exploited Children (NCMEC) in January 2011. The non-profit organization's objective is to leverage the internet to maximize the effectiveness of emergency alerts. Using the latest information from official authorities, FIA creates alerts for serious events such as child abductions, tornado warnings and other hazards. Alerts are immediately displayed to government authorities and citizens in the impacted areas, on whatever device they're using.

This technology has provided significant benefits to law enforcement around the world. Within one second of receiving notification of a child abduction, for example, FIA extracts relevant information, generates a dynamic ad unit, scans the image and deploys facial recognition technology – used to find the child. FIA can also compare that data to consumer speech interaction with Alexa, for instance, when someone reports a tornado. When an alert matches a desired pattern, it's disseminated to FIA in 40 milliseconds. FIA subscribers—media companies, facial and voice recognition and mapping services—cover the last mile through algorithms, location notices or creative ad-units delivered to web banners, mobile devices and billboards, in 24 languages.

FIA and their partners are making a real difference. More than one billion alert impressions have been sent during global disasters with geographic penetration into 180+ million devices as dynamic ad units. FIA's alerts have assisted in the rescue and return of 868 children. Aligned with the United Nations, FIA is helping communities build more resilient cities. 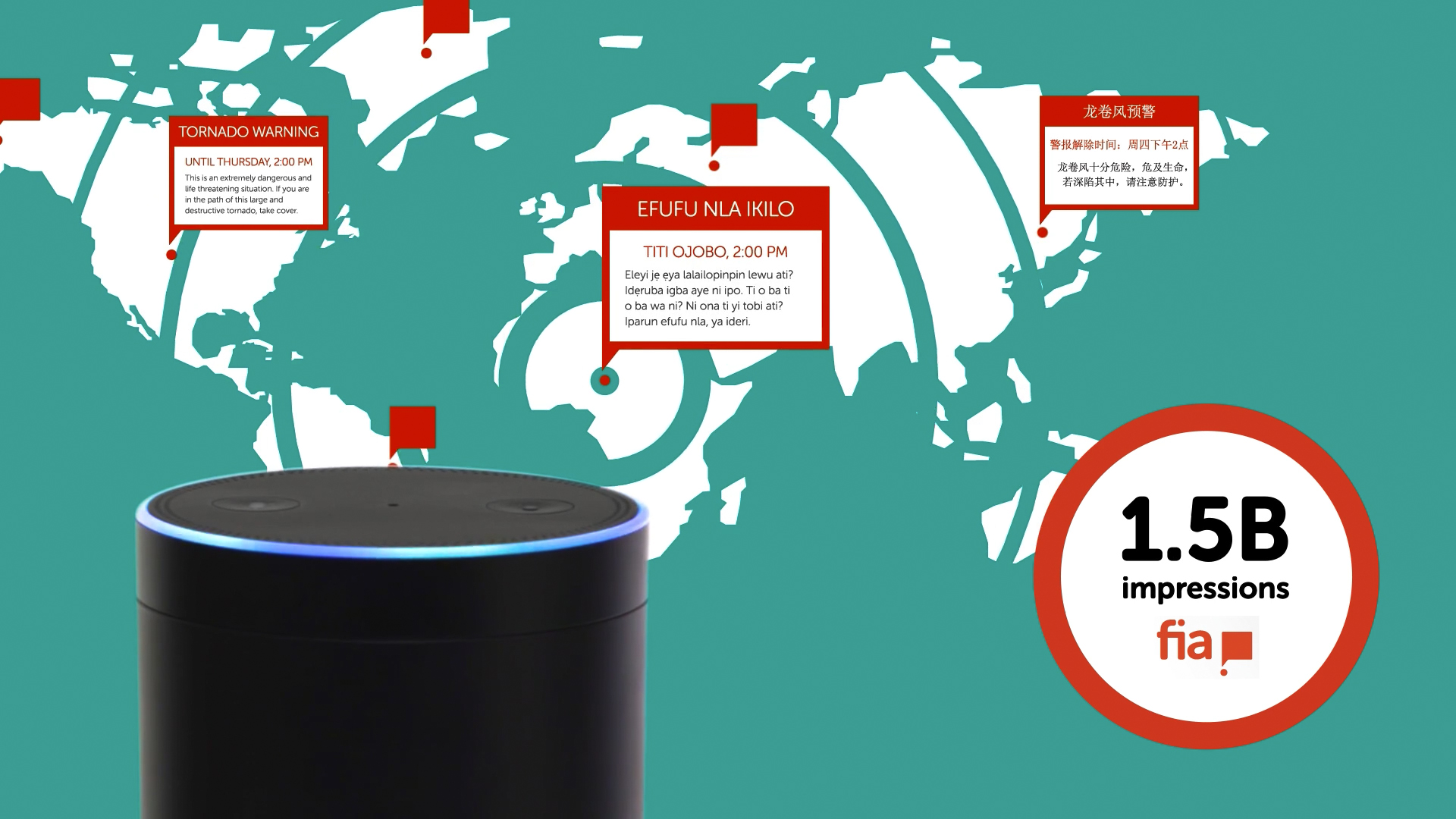