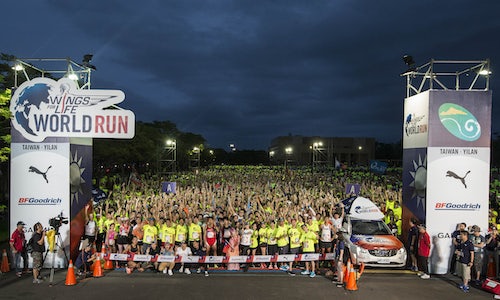 Millions of people depend on a wheelchair after sustaining a spinal cord injury (SCI), and every year at least 250,000 more people are affected by SCI, followed by paralysis. Wings for Life is a not-for-profit spinal cord research foundation with a single mission: finding the cure for spinal cord injury.

The inspiration behind Wings for Life is the two-time motocross world champion Heinz Kinigadner and the founder of Red Bull, Dietrich Mateschitz. In 2003, Kinigadner's son Hannes had a tragic accident leaving him tetraplegic. Moved by the dreadful injury, Kinigadner and Mateschitz invited leading scientists from across the world to Salzburg, Austria. They discovered that, contrary to common opinion, there is legitimate evidence that traumatic spinal cord injury can be cured.

As background, groundbreaking discoveries made by Prof. Dr. Sam David in 1981 and by Prof. Dr. Martin Schwab in the early 1990s showed that injured nerve cells in the spinal cord are capable of regeneration after specific treatments. Kinigadner and Mateschitz soon realized that research into spinal cord injury was underfunded because it's not considered a widespread condition and investing millions in research to help a relatively small number of people was considered unprofitable. This prompted Kinigadner and Mateschitz to set up the Wings for Life Foundation, from which the Wings for Life World Run, - the world's only synchronized global race - was created to raise money and shine a light on spinal cord injury research.

Global Participation - On one day each year, the Wings for Life World Run takes place at event locations across the planet. Everybody starts at the exact same time, which means it could be 7am in one country, and 1pm in another! 11am UTC.

30 minutes after the race starts, a moving finish line - the "Catcher Car" - pursues participants along the course and gradually picks up speed until the last person is caught. Participants passed after a few miles are the first to celebrate their accomplishments, while the last man and woman to be caught are declared Global Champions. (54.95 miles - more than 2x the length of marathon - is the current record!)

WFL World Run App - Those who are unable to participate alongside thousands of others at one of the official event locations around the world, can download the Wings for Life World Run App and take part anywhere they chose – at exactly the same time, and get pursued by a virtual Catcher Car. The virtual catcher car takes off 30 minutes after the start at a speed of approximately 9 MPH, steadily increasing its pace along the way. In New York City for example in May 2017, people gathered together in beautiful Central Park by downloading the app and staying ahead of the virtual Catcher Car for as long as they could. In Madison, Wisconsin, reigning Olympic gold medal triathlete Gwen Jorgensen, who was six months pregnant at the time, ran 17 miles before the virtual Catcher Car reeled her in.

Team Component - Teams are encouraged to fundraise and compete against other teams around the globe with their results tracked via an online leaderboard.

Innovative Partnerships - Wings for Life is proud to partner with BF Goodrich (catcher car tires) and Puma (shoes and apparel) to leverage these iconic brands to reach an even larger audience and raise even more money.

Live Stream - A worldwide audience can follow along with all of the action by tuning in to the global live stream of the race on www.wingsforlifeworldrun.com. For those who missed it, a global broadcast of the Wings for Life World Run is available on demand at www.redbull.tv.

100% of all entry fees and donations goes directly to life-changing spinal cord research projects and clinical trials at renowned universities and institutes worldwide. The nonprofit Wings for Life Spinal Cord Research Foundation is a driving force behind the mission, and Red Bull covers the foundation's administrative costs in full, as well as costs for the Wings for Life World Run.

Produced by Red Bull in partnership with the Wings for Life Foundation, this ambitious global endeavor has now raised more than $23 million across four years, with 100% of all entry fees and donations devoted to support cutting-edge medical research projects. More than 44% of the research being funded happens in the USA, including more than 10 projects at Harvard Medical School and Boston Children's Hospital.

In 2017 alone, 155,288 runners and wheelchair participants simultaneously took off at 111 locations in 58 countries, compared to 2016 numbers of 130,732 participants in 34 locations and 33 countries. Waves of runners surged past start lines shoulder-to-shoulder at spectacular destinations – from Vienna, Brasília and Melbourne – to dramatic coastlines in Norway and Spain. In daylight runs, participants in Dubai, UAE faced heat edging past 104 degrees, while clouds cooled the Central European runners in locations like Kakheti, Georgia. The coldest location was in Poznan, Poland – a brisk 48 degrees.

Across its first four editions (2014, 2015, 2016, 2017), the Wings for Life World Run has attracted more than 500,000 people from 193 nationalities to run in 58 countries across six continents covering more than 1.7 million miles. To date, the Wings for Life Foundation has funded 170 spinal cord research projects involving almost 500 scientists across 15 countries. 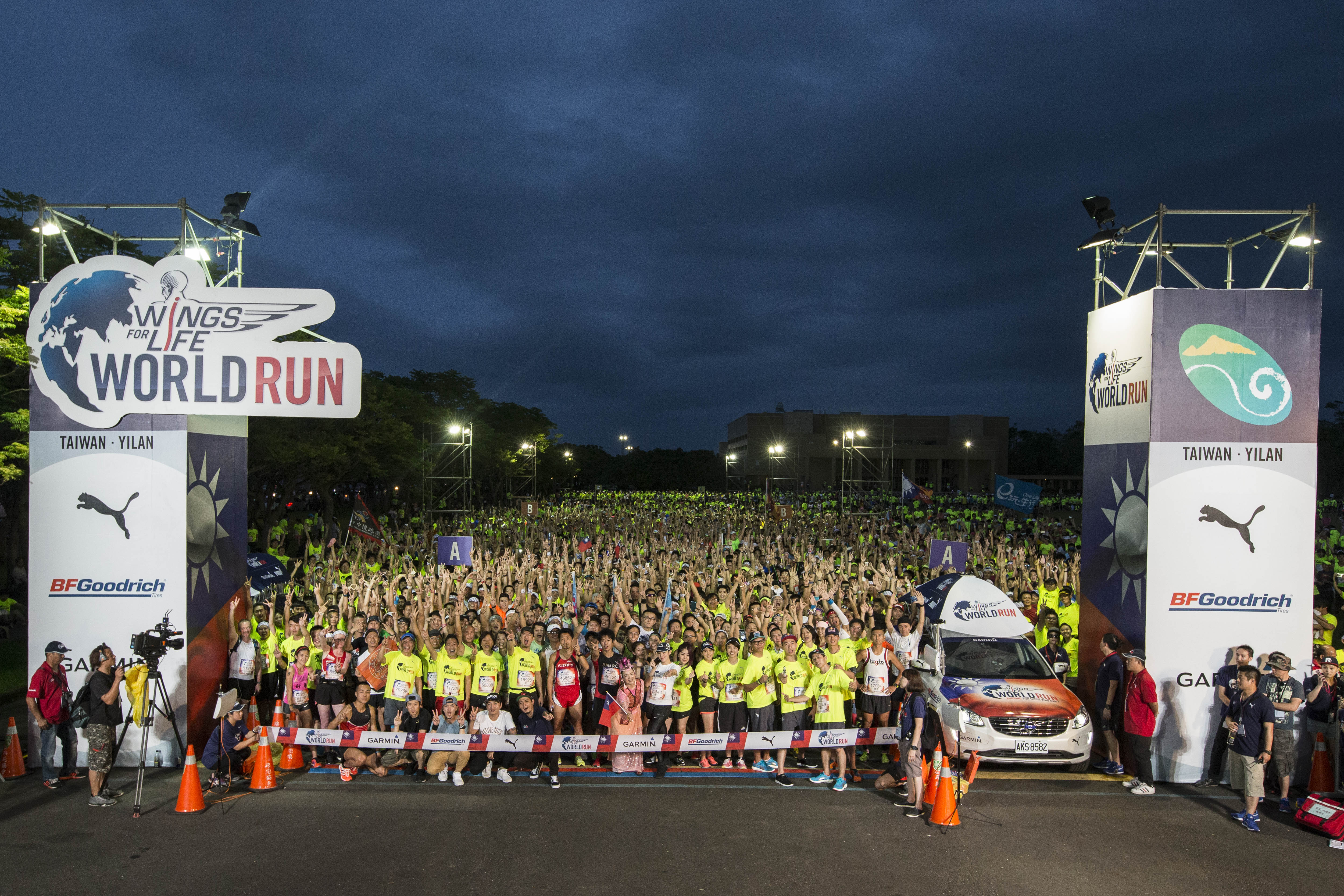