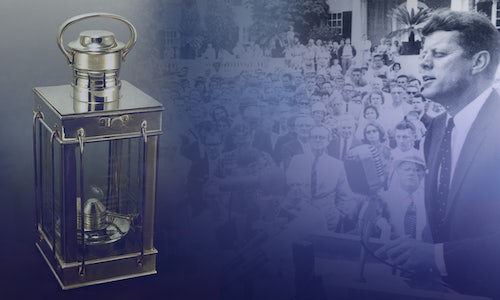 At the height of his presidency, President John F. Kennedy took to the TV airwaves and inspired millions of Americans to dedicate their lives to public service and to pursue the advancement of human freedom, dignity, and democracy worldwide. Today, the JFK Library Foundation was faced with a challenge: how to bring that message of commitment to public service into the digital era, specifically surrounding its signature program, the John F. Kennedy Profile in Courage Award.

We set out to build awareness of and engagement with the Profile in Courage Award through new digital initiatives, drive overall growth of audiences participating, and conduct all digital programs with an eye toward measurable results and continued optimization. Additionally, we highlighted President Barack Obama as this year's winner of the award by creating a drumbeat of messaging on why he was deserving of the award, as a commendable pillar for "courage under pressure." This, in turn, built high anticipation around and engagement with the event — and ultimately with its goal of inspiring civic involvement.

Our goal was to bring President Kennedy's legacy to life online, and in doing so, reestablish his relevance and amplify his call to service for a new generation. We saw this as an opportunity for a new digital audience to learn, reflect, interact, share, and, ultimately, act in their own way as ambassadors of the values and legacy embodied and advanced by John F. Kennedy.

Our strategy and its resulting implementation was designed to build on the tremendous growth in submissions from previous years for the JFK Library's Profile in Courage Award. In 2015, they received 917 nominations, and in 2016, they received 4,114. We knew that that exponential growth could be possible with a strong digital and social campaign that would not only re-engage existing audiences, but also tap into new ones and reach more people than ever before.

To start, we reimagined the Profile in Courage Award microsite, creating new content including a timeline of past winners, a new header image, and a fact graphic. We also redesigned the landing page content to reflect our core messaging around political courage, rather than promoting previous winners as was the case before this year.

Additionally, we executed a robust influencer outreach program comprised of elected officials, reporters, and other leaders in the political space who might activate their followers on social media to engage with the Profile in Courage Award.

Throughout the nomination process, we implemented a strategic organic and paid social media campaign that fueled a dramatic increase in nominations. Generally, for organic Facebook and Twitter content, we focused on awareness of the Profile in Courage Award and telling its story, both in relation to President Kennedy's legacy and our core message of defining political courage. This strategy was designed to help the JFK Library engage with different audiences and expand the reach of its work and what it means to all of us today, and redefining the narrative in a much broader way of enhancing civic engagement, rather than simply an award nomination.

On Twitter, of our 45 published posts, the top performing posts included a quote animation of JFK speaking about political courage, as well as videos of Caroline Kennedy and her son, Jack Schlossberg, at previous award ceremonies. On Facebook, we published 35 posts, including four videos, each of which were among our top performing content, with the most popular video being a clip of Jack Schlossberg at a previous Profile in Courage Award ceremony.

This year, we also implemented the strongest paid social media campaign in the Award's history, focusing on acquiring nominations on the platforms themselves rather than driving to the nominations submission website, a markedly different strategy than our organic content. This strategy also created a space for followers of the Library to have conversations about what it means to be politically courageous, both in the past and how it manifests itself in the politics today. We targeted six core audiences through our national video ads that we assessed would be receptive to this content: volunteers of major organizations, politically active individuals, followers of college prep pages, history buffs, fans of presidential libraries, and a remarketing audience.

We then announced the winner of the Profile in Courage Award, President Barack Obama, through a video across the Library's social properties, emphasizing President Obama's "courage under pressure."

The social media campaign for this year's JFK Library Profile in Courage Award broadened the initiative's reach in record setting numbers. We ran the most sophisticated campaign for the Library, based on past learnings, to succinctly target and reach key audiences, soliciting stories of political courage and highlighting President Obama as the recipient of the award. Our efforts ultimately helped the Library reach more people than ever before and spread JFK's legacy as a civic pillar for not only courage under pressure, but everyday courage.

Through a comprehensive paid, social, and media strategy, we were able to solicit 28,045 nominations for the 2017 Profile in Courage Award. This was nearly a 600% increase from 4,114 nominations in 2016, which itself was exponential growth from 917 nominations in 2015.

Driving this success was a robust social media strategy to define the Library and the Award digitally, including an active presence on Facebook, Twitter, Snapchat, YouTube, Instagram and Medium. Overall, we received 120 nominations through organic social media. This year, we also implemented a strong paid media campaign which drove an additional 1,440 nominations.

In the announcement phase of the Profile in Courage Award, we created two videos that slowly revealed President Obama as the winner. This video was viewed 97,082 times on Facebook, 1,089,845 times on Twitter, 1,462 times on Instagram, and 3,241 times on YouTube.

Video for The John F. Kennedy Profile in Courage Award 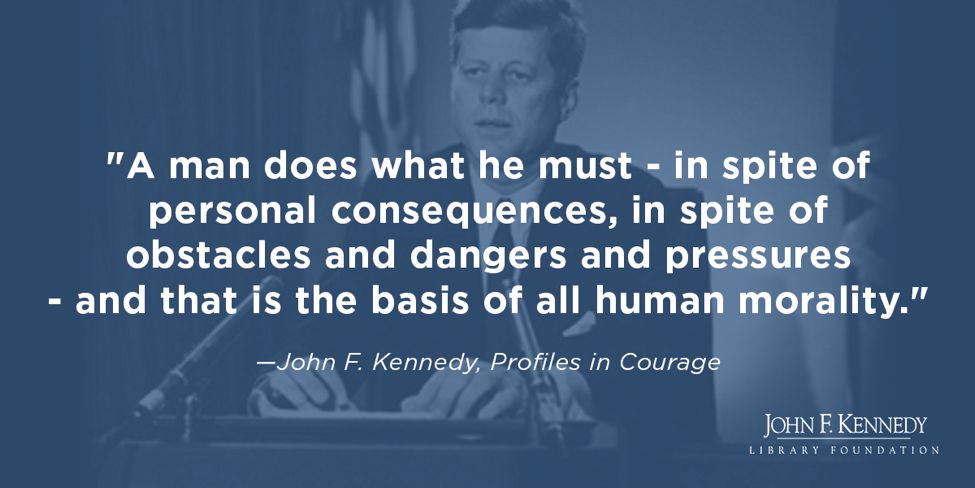 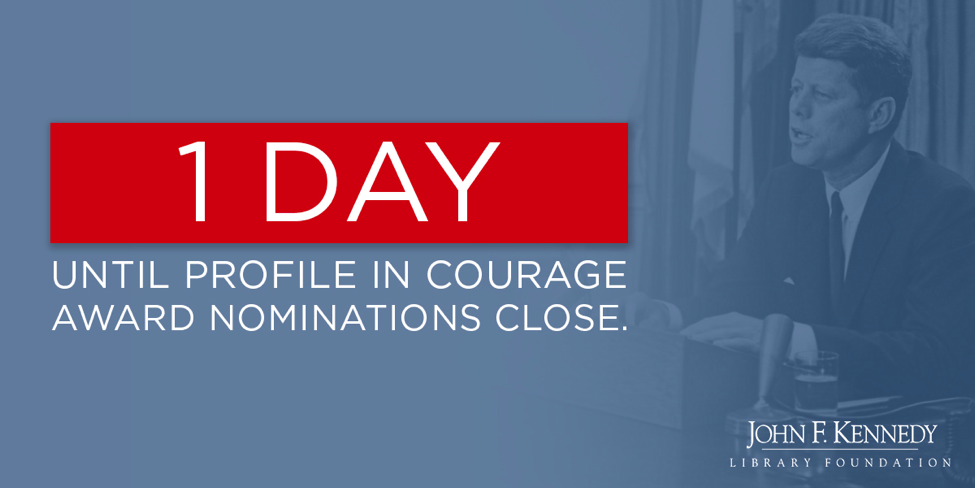 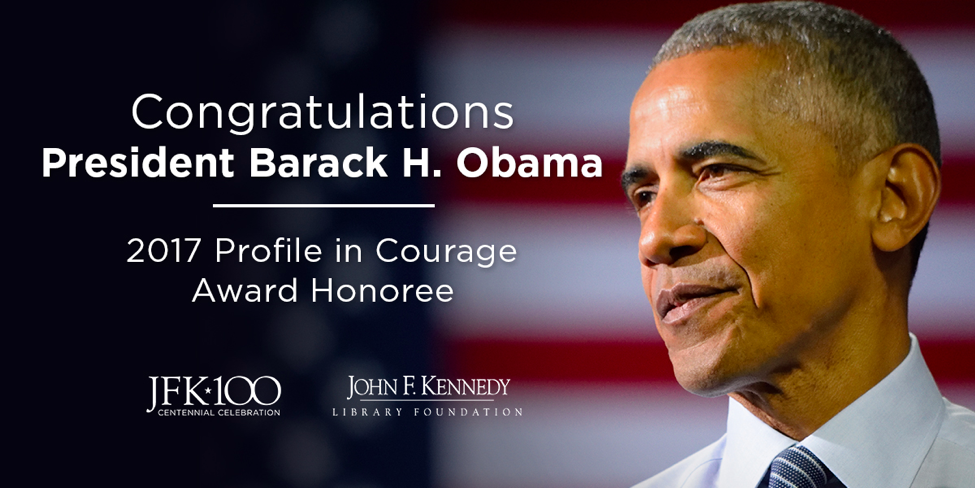 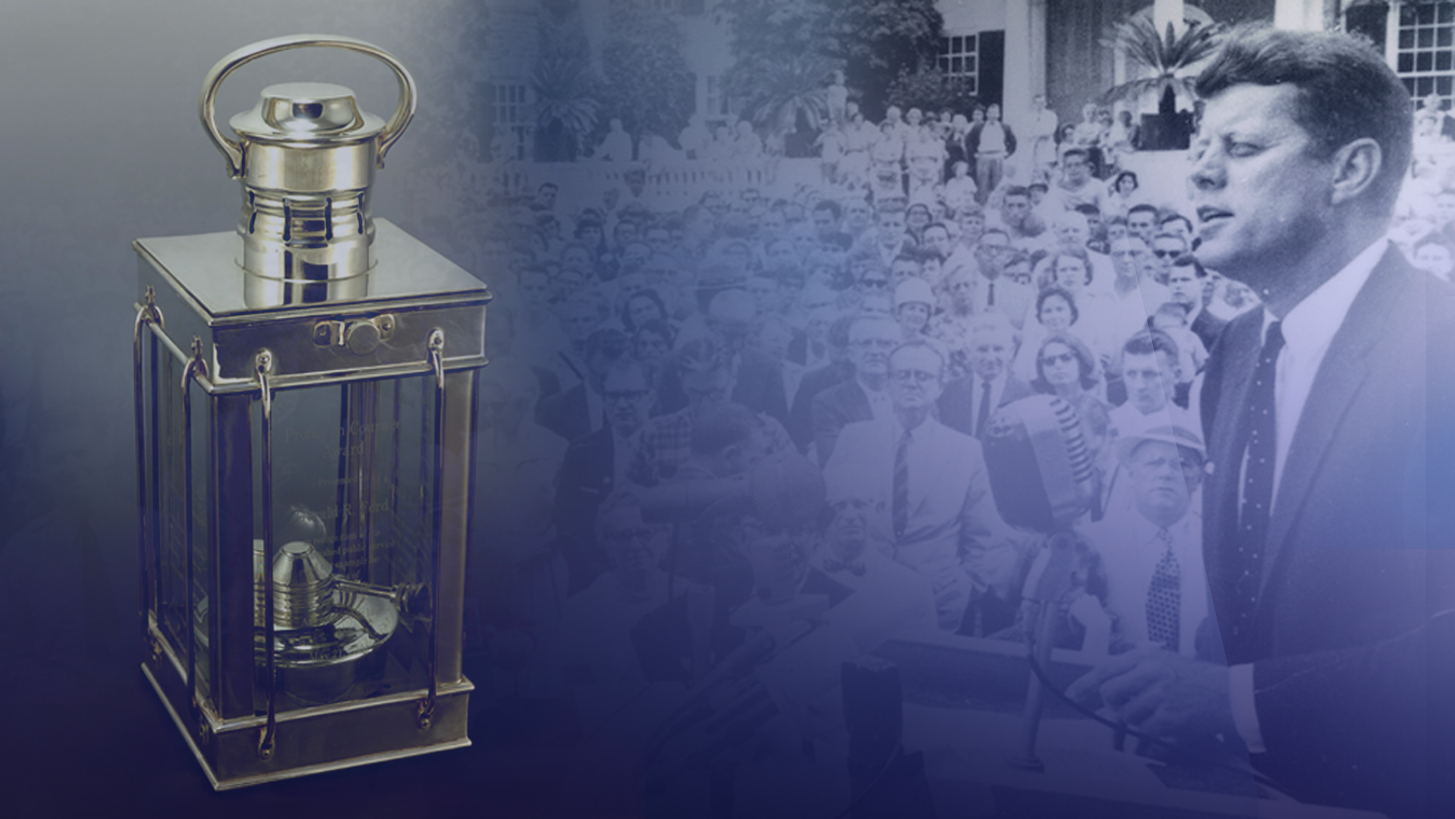