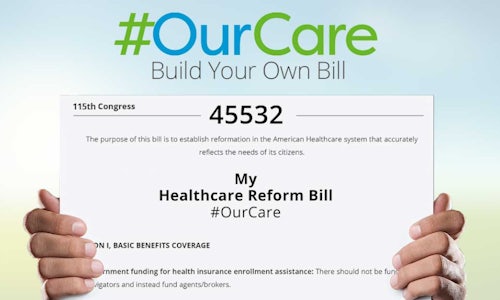 The objective of the #OurCare campaign is to remove barriers between the American people and their policymakers so citizens can influence lawmakers as they consider reforms to healthcare. #OurCare was designed to cut through the rhetoric and political ideologies to make it easy for everyday Americans to express what they want healthcare to look like. To help inform America, the website features a roundup of daily news coverage on reform efforts as well as detailed descriptions for each bill topic as part of the Build Your Own Bill (BYOB) process. With the BYOB tool on the #OurCare site, we have pioneered the idea of crowdsourcing legislation to get a healthcare system designed by the people, for the people. As thousands of bills are created and shared on social media, we take those responses and combine them to create America's Bill.

The success of #OurCare can be evidenced by our ability to educate the public about America's healthcare system through our easy BYOB tool — and influence policymakers. To support a thriving democracy, Americans need to understand what they're facing so they can make educated decisions when voicing what they want their healthcare system to look like.

HealthMarkets Senior Vice President and Chief Marketing Officer Michael Z. Stahl wanted to create a place for people to engage directly in the debate on the details of healthcare reform to determine the kind of system they want, with an opportunity to share their voice with politicians in Washington. The American healthcare system isn't Obamacare, and it's not Trumpcare — it's #OurCare.

In January 2017, HealthMarkets unveiled #OurCare, a website that aims to cut through the rhetoric relating to America's healthcare system in order to help the public communicate what it really wants in healthcare reform.

#OurCare, which is available at OurCareBill.org, enables consumers, healthcare professionals, and business owners alike to build their own healthcare "bill" and share it with state and federal representatives. Through a simple, straightforward online questionnaire, users can input their preferences regarding what our national healthcare system should look like to create a sample "bill" that gives voice to their views. They also have the option to write-in their own ideas, and they can even review and endorse "bills" that have been generated by other users.

Upon completion, each bill can be shared directly through social media channels or sent to federal representatives. #OurCare features a "Tweet to Trump" function that enables users to send their bill directly to the President.

#OurCare has been effective in moving the public dialogue forward and influencing healthcare reform thus far. With a modest budget, we have reached tens of thousands of Americans through earned media, the #OurCare site and video, and digital/social media with information about healthcare issues that are being considered for reform, and we've given people the power to make a difference with a platform to voice their opinions to those in Washington who will write and pass future healthcare legislation.

To date, Americans have built more than 3,000 healthcare bills through OurCareBill.org. Over 1,000 have taken additional action to share their completed bills directly with congressional representatives or President Trump, and the #OurCare Call to Action video has been seen more than 60,000 times.

#OurCare has been featured in more than 240 news outlets, including national and regional broadcast, print, and online media outlets. Mr. Stahl and other #OurCare representatives were interviewed as experts in the healthcare industry by outlets such as the Houston Chronicle, Fort Worth Star-Telegram, Larry Elder Radio Show, Tom Joyner Morning Show, and more.

It's clear from America's Bill that had the American Health Care Act (AHCA) passed, America would have been dissatisfied. We analyzed the AHCA and compared it to America's Bill, and though the AHCA contains many provisions that the public supports, it is not yet addressing all of America's healthcare concerns. There's more work to be done, and #OurCare is giving Americans a way to have a say in the future of healthcare reform. 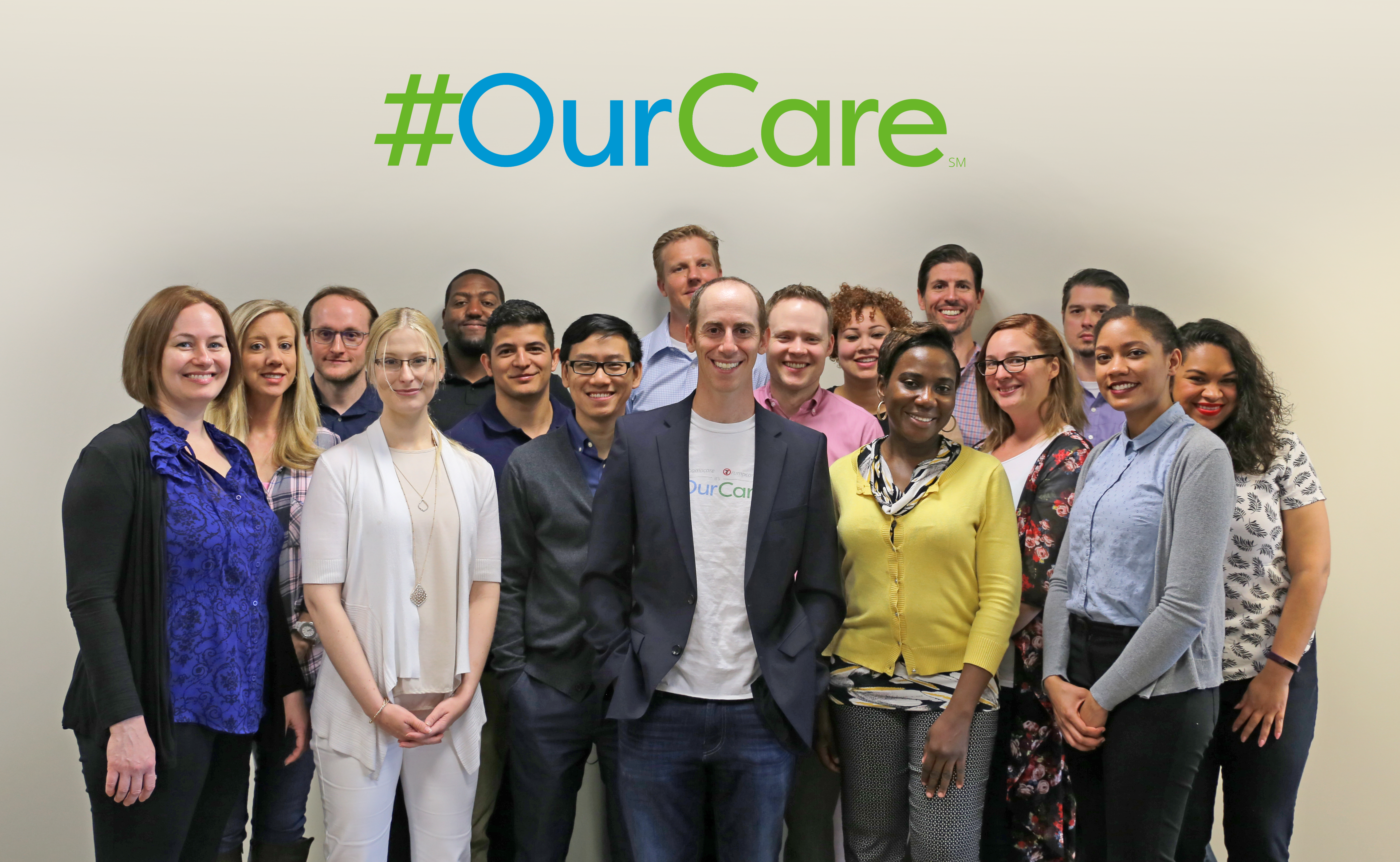 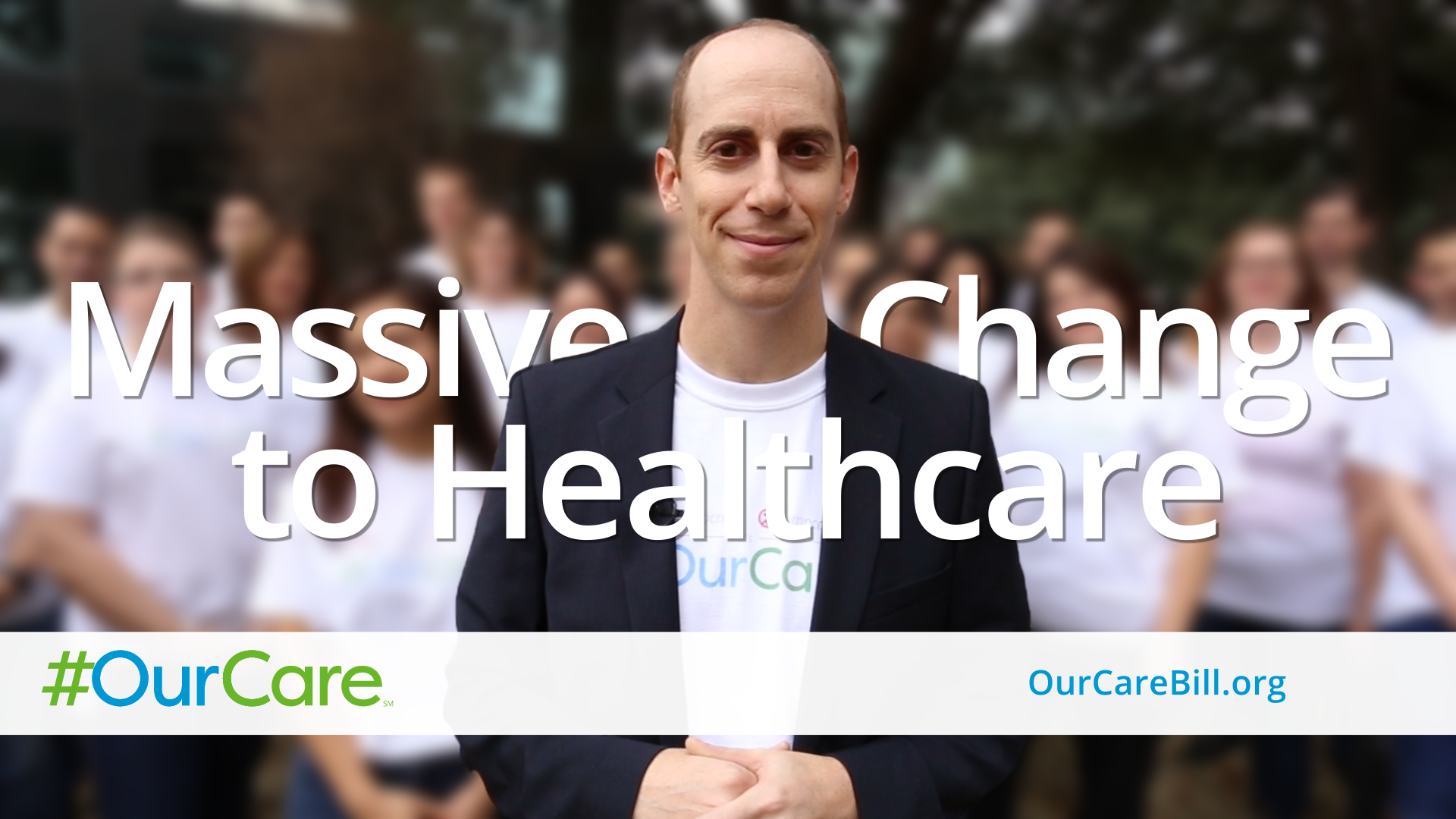 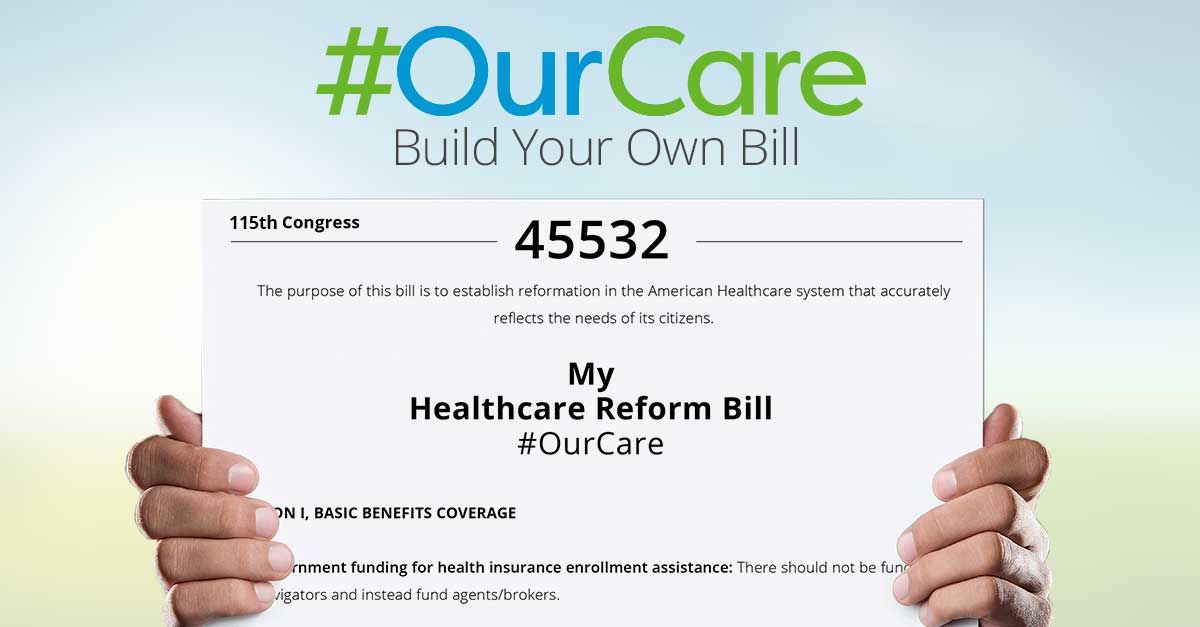