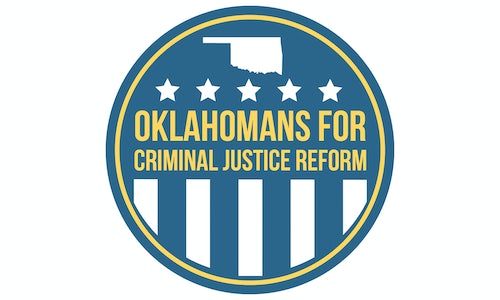 Oklahoma has the second highest incarceration rate in the country, and the highest rate for women. For years, the state's prison system has been plagued with overcrowding, while the prison population continues growing – by 12 percent between 2009 and 2014. This broken system costs Oklahoman taxpayers more than $500 million annually, a price tag that has increased by 172 percent in the past two decades, and which drains significant resources away from investments that can do more to enhance public safety – like rehabilitation and treatment services, as well as education and job training programs.

For years, legislators, lobbyists, and activists have struggled to get criminal justice reforms off the ground, yet, recognizing the need for reform, while understanding where previous reforms failed over the last several years, the ACLU Campaign for Smart Justice sought a new approach: to bypass the partisan gridlock in the capitol by bringing the question of reform directly to the voters through two, complementary ballot initiatives.

In what could be argued the reddest of the red states, and where voters overwhelmingly supported Donald Trump for president, the ACLU's ballot initiative campaign began as an ambitious goal of completely overhauling one of the worst criminal justice systems in the country. However, it resulted in achieving the beginning of transformational change and overwhelming successes in November on Election Day.

The official ballot initiatives were two, complementary questions that represented a smarter approach to reforming the state's criminal justice system. First, State Question 780 reclassifies certain low-level offenses, like simple possession of drugs and property offenses under $1,000, as misdemeanors instead of felonies. Second, State Question 781 directs those cost savings back to local communities to address the root causes of crime through rehabilitation programs.

To underscore this smart approach to justice reform, the campaign effort implemented a greater focus on public education, including a series of town hall events, community conversation events, and targeting diverse groups and organizations. These events were well attended in large part due to Facebook posts and tweets that drove supporters and persuadable audiences to them.

The overall campaign was rooted in coalition building, but in order to successfully do that, the team needed to leverage key influencers and surrogates that would resonate with voters from diverse communities. The campaign brought together over 20 member organizations, including Family and Children's Services (Women in Recovery), Oklahoma Conference of Churches, Oklahoma Right on Crime, and the Tulsa Regional Chamber of Commerce, as well as 19 individual members who endorsed the initiatives, including Rev. Dr. George E. Young, Sr., State Representative; Ed Smith, Seminole Police Chief; and Robert Henry, President, Oklahoma City University, Former Oklahoma Attorney General and Chief Judge of the U.S. Court of Appeals for the 10th Circuit. With each new endorsement, the team shared the news on social media to show how these initiatives have garnered widespread, diverse support.

Oklahomans for Criminal Justice Reform deployed these voices on social media through powerful videos, quote graphics, and evergreen content. The social content of the campaign was a strong reflection of the efforts on-the-ground in order to provide a surround-sound, harmonious message from respected voices about the need to reform the state's broken justice system. This was integral to showing that respected leaders from all walks of life in Oklahoma were supporting this effort, including faith leaders, business voices, elected officials, medical professionals, law enforcement, and other respected individuals.

The team also put a spotlight on those individuals who would be affected by these reforms, including young mothers who have been through the justice system. Using 'Humans of New York'-style photographs and stories on social media helped put the human cost of current policies on full display to voters throughout the state. This content was creative and strategic, with the goal of supporting the campaign in ways that would resonate with the most impact.

Finally, while Oklahoma's population is heavily concentrated around Tulsa and Oklahoma City, there are tens of thousands of Oklahomans living across the state that the field team would never have been able to reach personally. We relied heavily on digital media, especially social media (both organic posts and highly targeted paid media), to reach them.

From January until November, the campaign's social channels brought information to and engaged with thousands of Oklahomans. The campaign delivered thoughtful, engaging, and evergreen content that drove Oklahomans to the polls and resulted in an overwhelming victory for both ballot measures:

The campaigns activities that drove these victories were multifaceted and far-reaching, with messages amplified on social media. Just some of the campaign's social highlights during the final month before Election Day include: 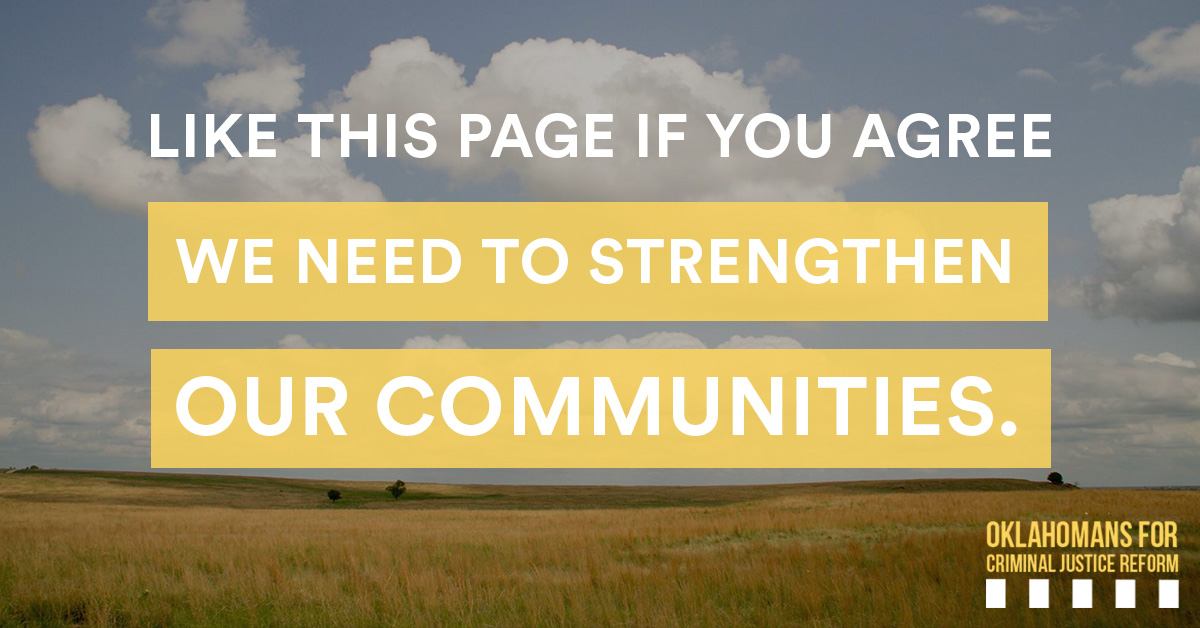 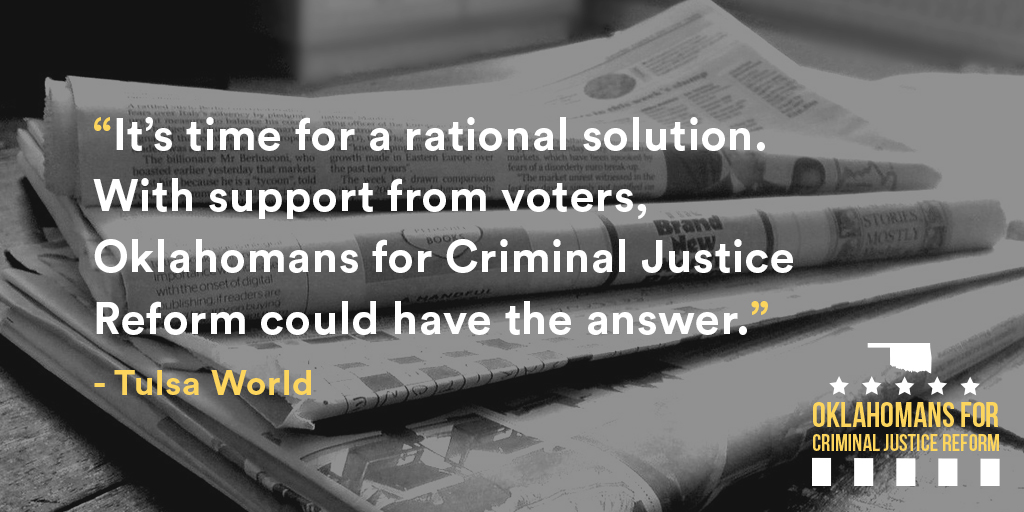 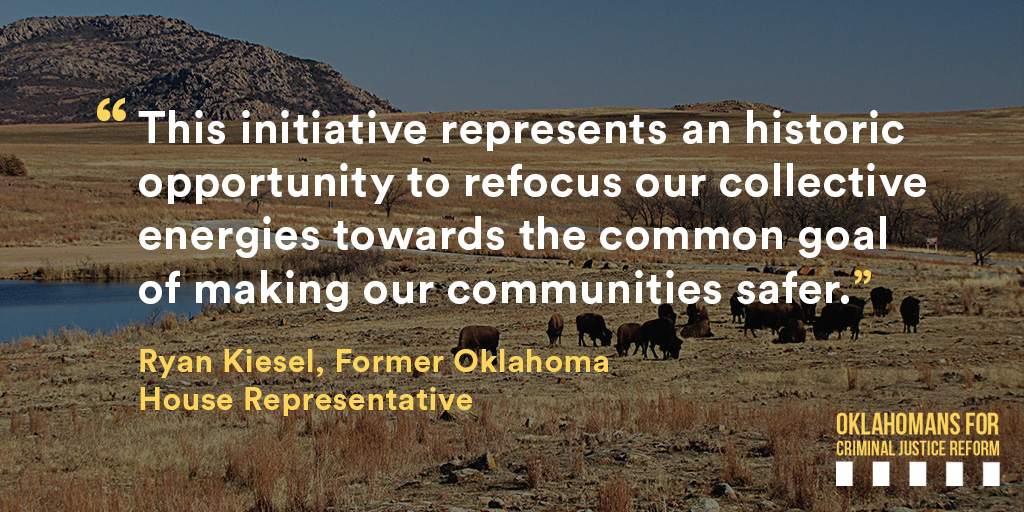 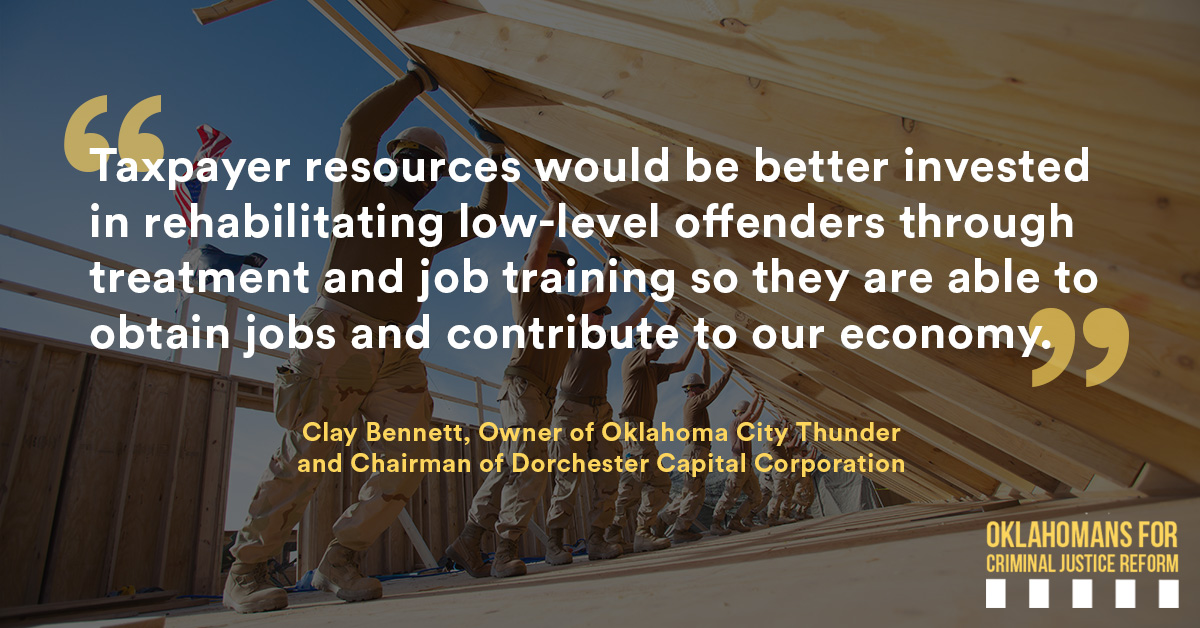 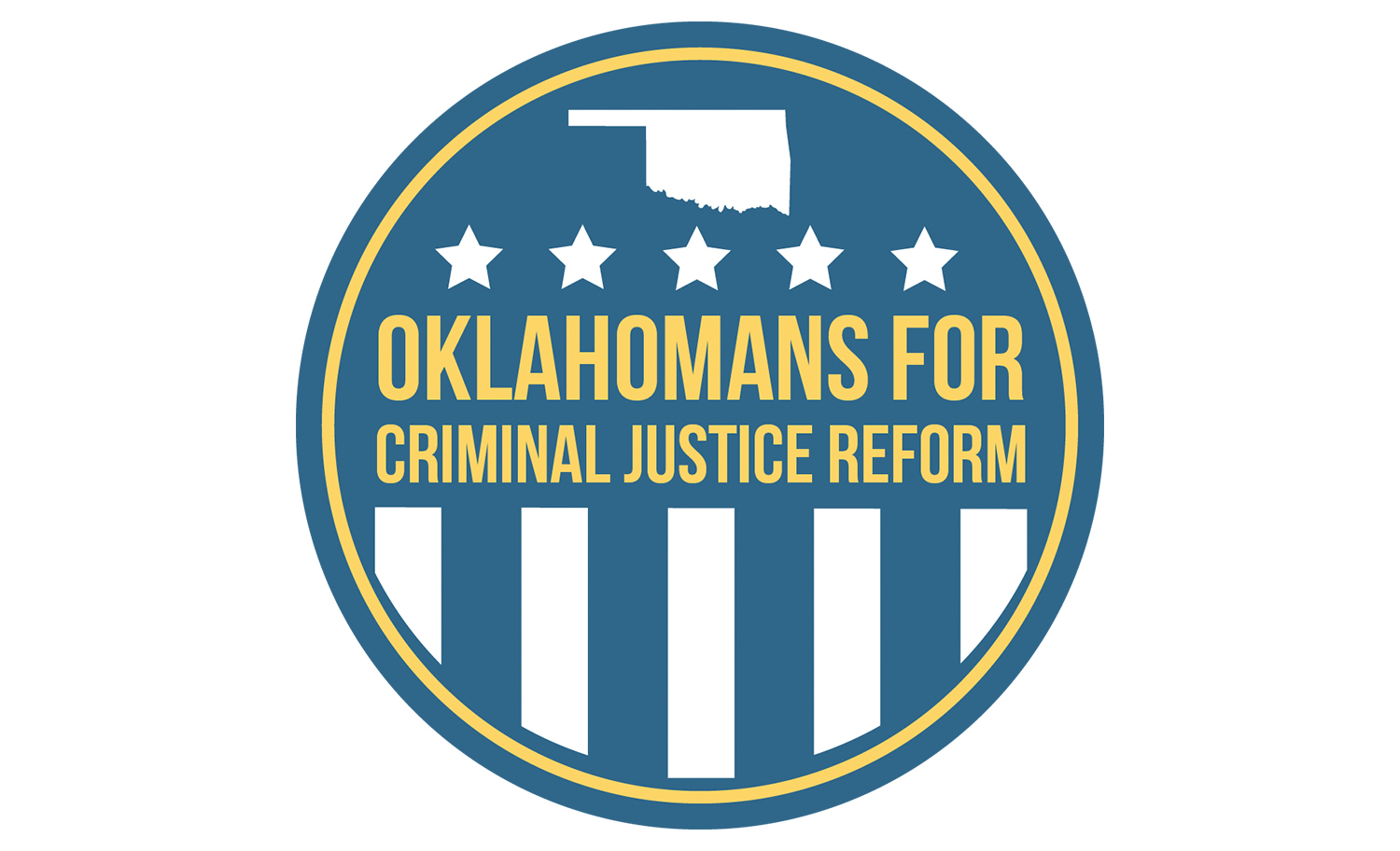 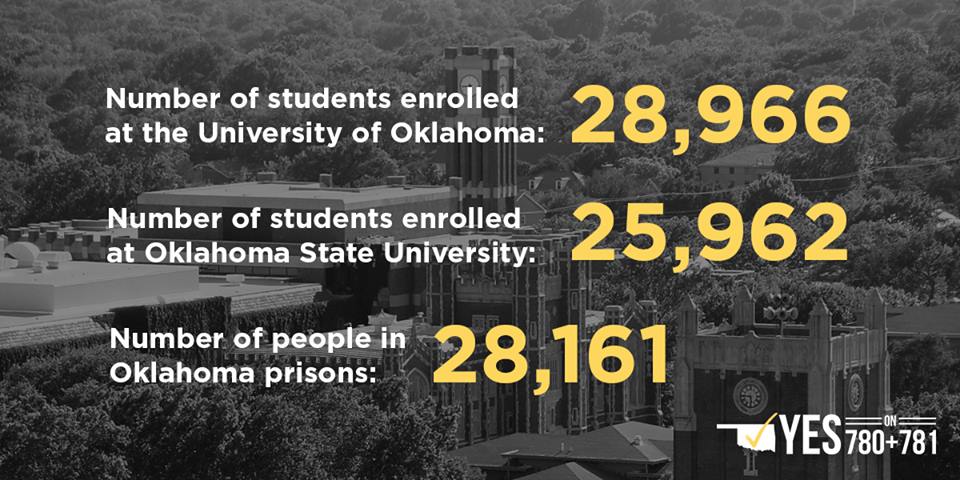 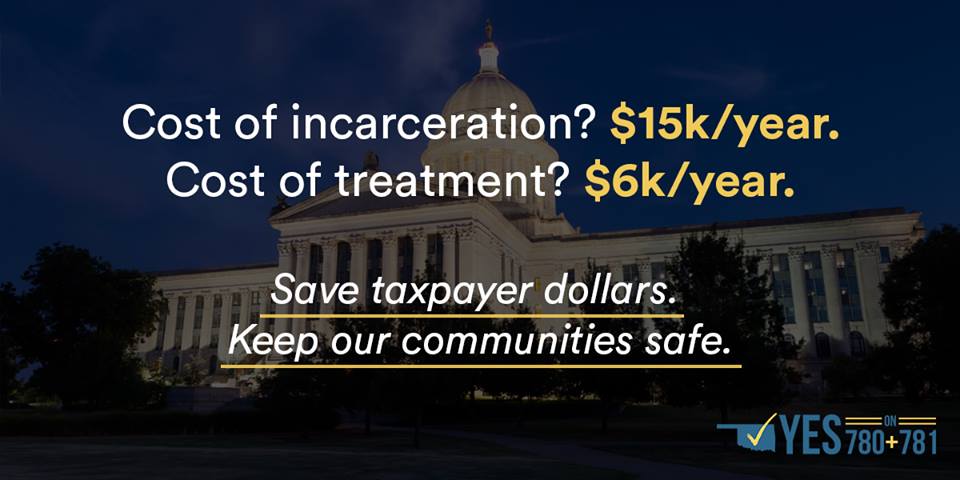 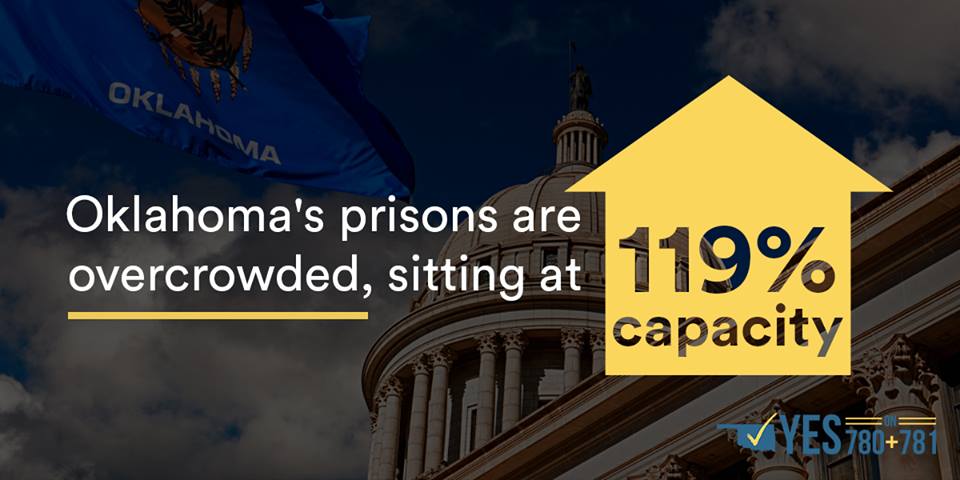 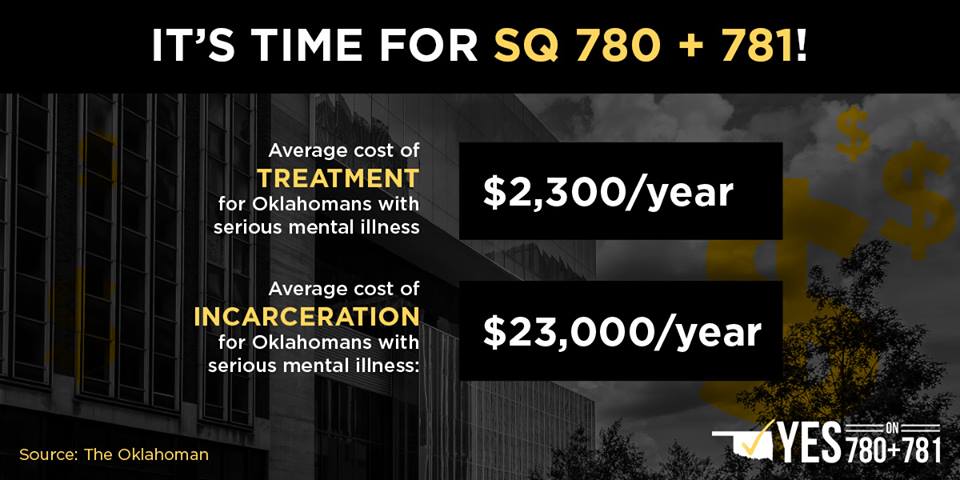 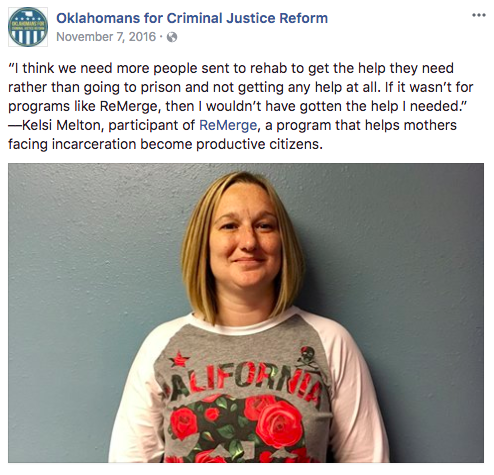