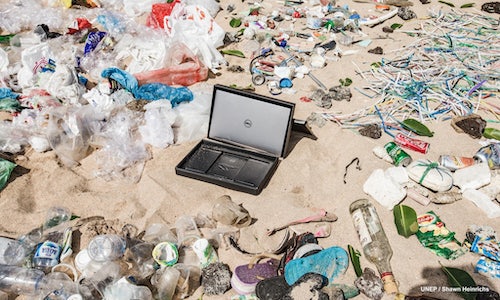 Every year an estimated 8 million tons of plastic enter the ocean, threatening ocean ecosystems and the primary food source for a billion people on the planet. If trends continue, scientists estimate that by 2050 there will be more plastic than fish in the ocean.

As part of Dell's Legacy of Good program, the company looks to put its expertise and technology to use where it can do good for people and the planet. When we brought on Adrian Grenier, actor, entrepreneur, and co-founder of the Lonely Whale Foundation, as Dell's first Social Good Advocate, we became increasingly aware of ocean health challenges but noticed that no one was exploring legitimate ways to address the issue of ocean plastics at scale. As such, the company chose to put our supply chain expertise and materials innovation engine toward addressing ocean plastics.

Dell's objective in the ocean plastics campaign is to raise awareness and understanding of the global environmental challenges posed by ocean plastics and to also highlight the role businesses and individuals can play in confronting the problem. Additionally, the team wanted to encourage collaboration across sectors. Social media has been a key component in facilitating our collaborative efforts. Specifically, we have used social as a bedrock tool in the campaign with the objective of reaching general consumers and business leaders alike to inform them of the issue and propose tangible actions to combat the problem individually and commercially.

During their stay in Bali, Adrian Grenier and Piyush Bhargava conducted a series of Facebook Live sessions, including:

● Adrian did a second Facebook Live session on the beach, where he highlighted the challenges of ocean plastics and provided examples of how everyone can contribute to the solution

○ Both Facebook Live sessions from the beach in Bali involved real-time Q&A with Adrian and Piyush, allowing Adrian's followers and interested viewers the opportunity to ask questions and learn firsthand about the problem and how they could effect real change.

● Adrian participated in a Facebook Live session with the Sustainable Oceans Alliance to bring more awareness to Dell's ocean plastics packaging pilot and to help promote the launch of the millennial driven "Make the Ocean Famous" social media campaign which engaged university students and ocean thought leaders through a hashtag campaign promoted on Twitter.

A launch video and infographics were also created and shared on social media, detailing the ocean plastics problem and ways that consumers can help address the problem.

The awareness campaign continued past the initial February announcement to extend amplification of the existing content and to keep the conversation going during relevant sustainability-related events.

● On Earth Day 2017 (April 22), Dell activated its global team members to "Shore Up" rivers and oceans where Dell operates. Dell teams volunteered 7,000+ hours and organized 55+ clean up events to keep trash from entering the ocean, and team members across the globe tweeted about the activity.

● For UN Ocean Week in June 2017, Adrian and Piyush attended The Ocean Conference and presented in front of the UN Delegation. At the conference, the UN Environment had a Facebook Live session with Adrian Grenier and Dell to tour the #CleanSeas popup experience, which featured The Lonely Whale VR experience, powered by Dell.

● The company also thanked several ocean/sustainability influencers for their commitment to the ocean by gifting them XPS 13 2-in-1 laptops packaged in ocean plastic with a letter signed by Adrian Grenier. The influencers tweeted and posted publicly in support of Dell's effort.

All of the communications goals have been exceeded. On social media, the team achieved a reach of over 10M related to the Dell ocean plastics packaging shipment. Combined, Facebook Live sessions gained more than 123,000 views.

○ Highlighting the challenges of ocean plastics and provided examples of how everyone can contribute to the solution: 75,000 views 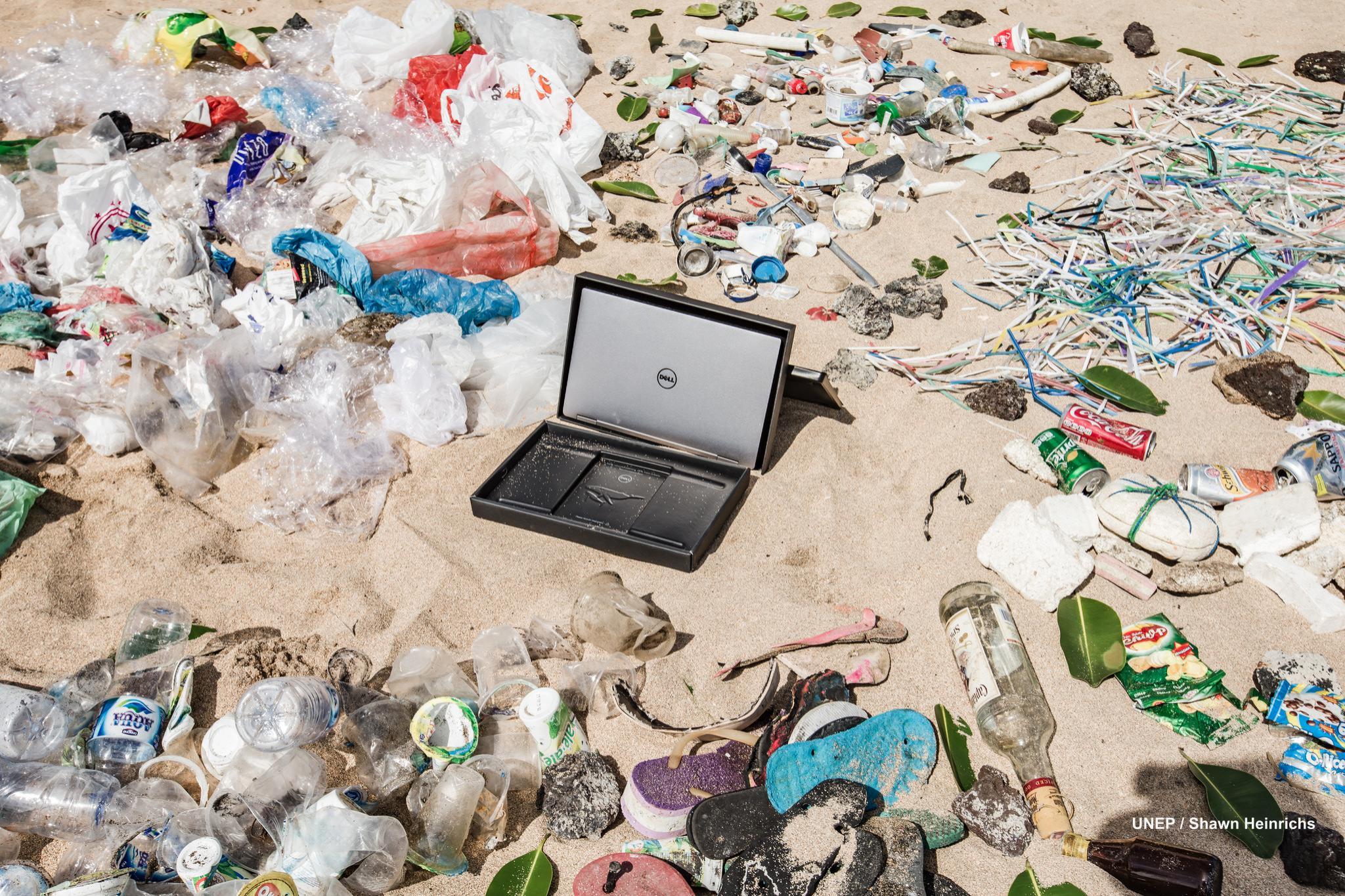