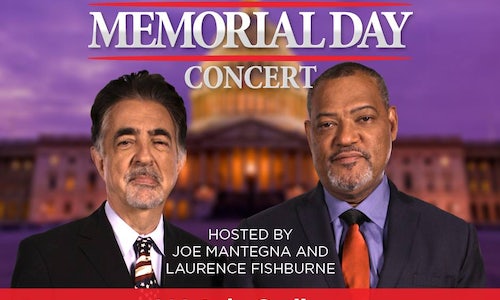 The National Memorial Day Concert is the annual dedication to the fallen men and women of the military branches. Every year, the concert is broadcast on PBS live from the West Lawn of the US Capitol. The concert's mission is to honor the sacrifices of the service men and women, their families, and their brothers and sisters in uniform. Through the use of story telling, patriotic song, and focus on military traditions such as taps, the color guards, and bands, the concert calls attention to the human beings who gave and give so much to the nation. It is a time to reflect and honor the service and sacrifice of these men and women.

Through the use of story telling and conversation, the social team created space on Facebook, Twitter, Instagram, and Snapchat for the friends and family of military men and women to share the stories of their loved ones and honor their service. The Wall of Remembrance is a place for these submissions to be collected in one place and viewed by the public. Throughout the build up to the concert, during the concert, and immediately after, there are many calls for submissions. http://www.pbs.org/national-memorial-day-concert/remembrances/wall-of-remembrance/ Additionally, during the two days of rehearsal and show, social media is used to show backstage sneak peaks as the military choirs, color guards, and bands prepare for the show. Through the use of FB live, the social team interviews the celebrity guest stars and various veterans to highlight the live broadcast's featured stories. In addition to the celebrities, the social team interviewed a Blue Star family about what life is like when your husband is deployed and Lt. Jim Downing, the oldest living Pearl Harbor Survivor. During the show, a moment by moment live tweet offers insight into the historical relavance of the patriotic songs, the seals of the various military branches, and resources for veterans struggling with PTSD or in need of music therapy. 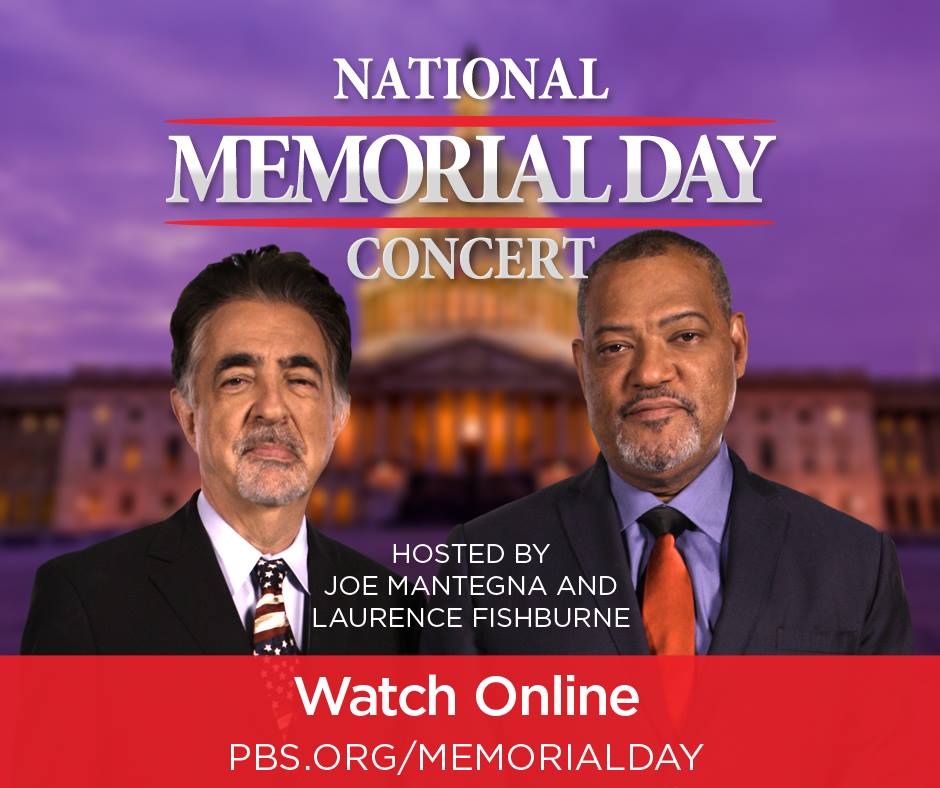 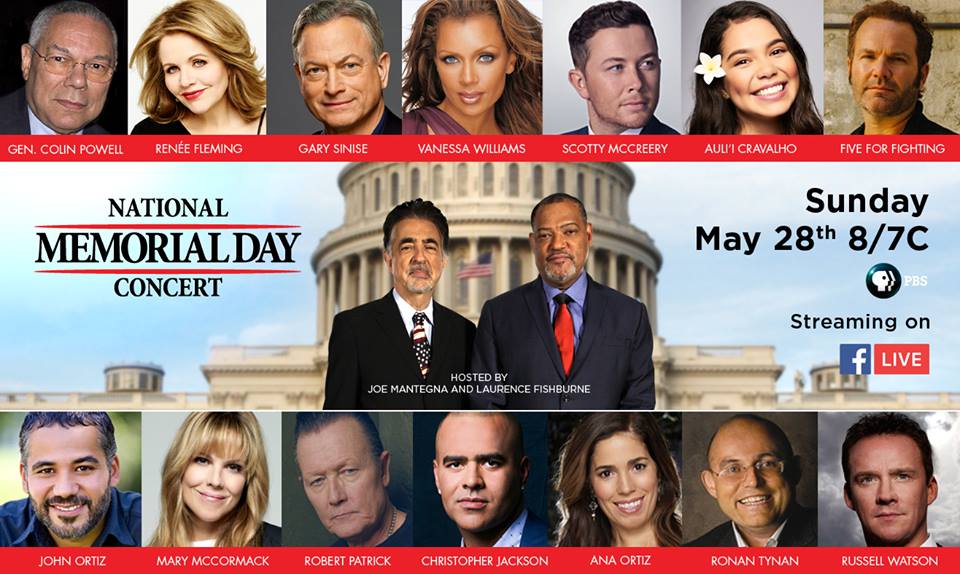 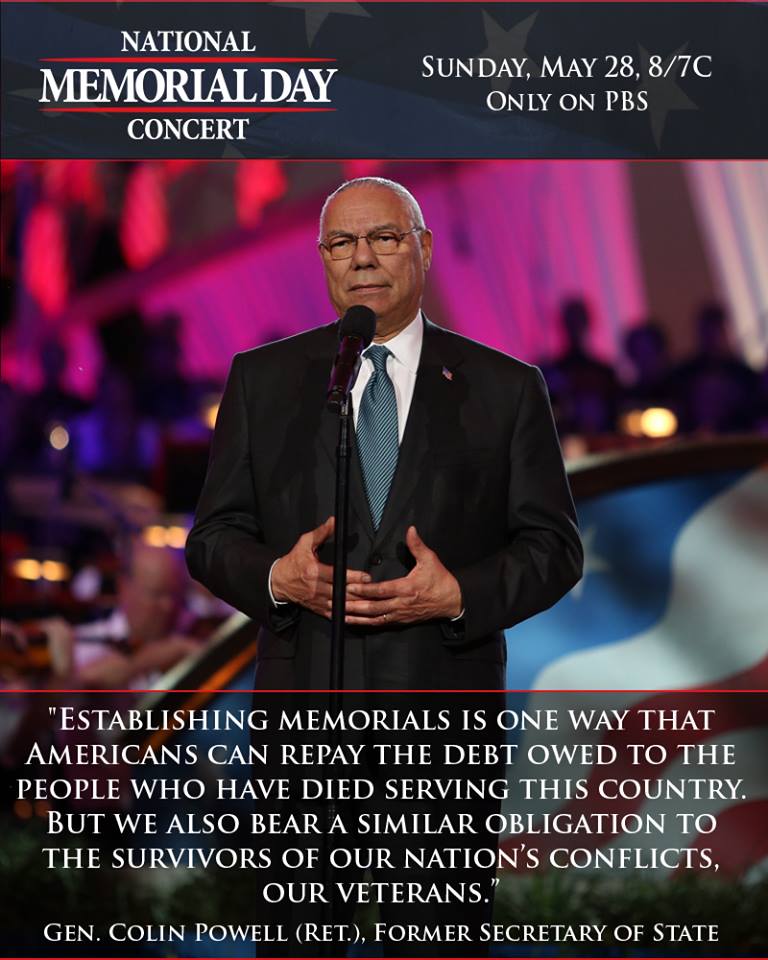 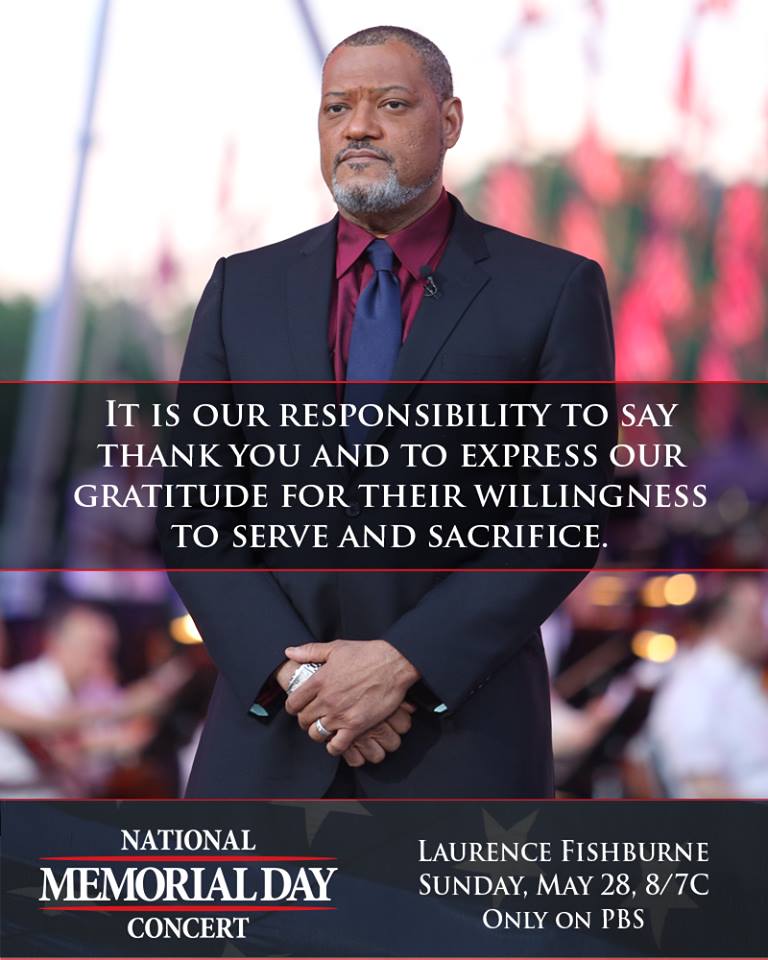 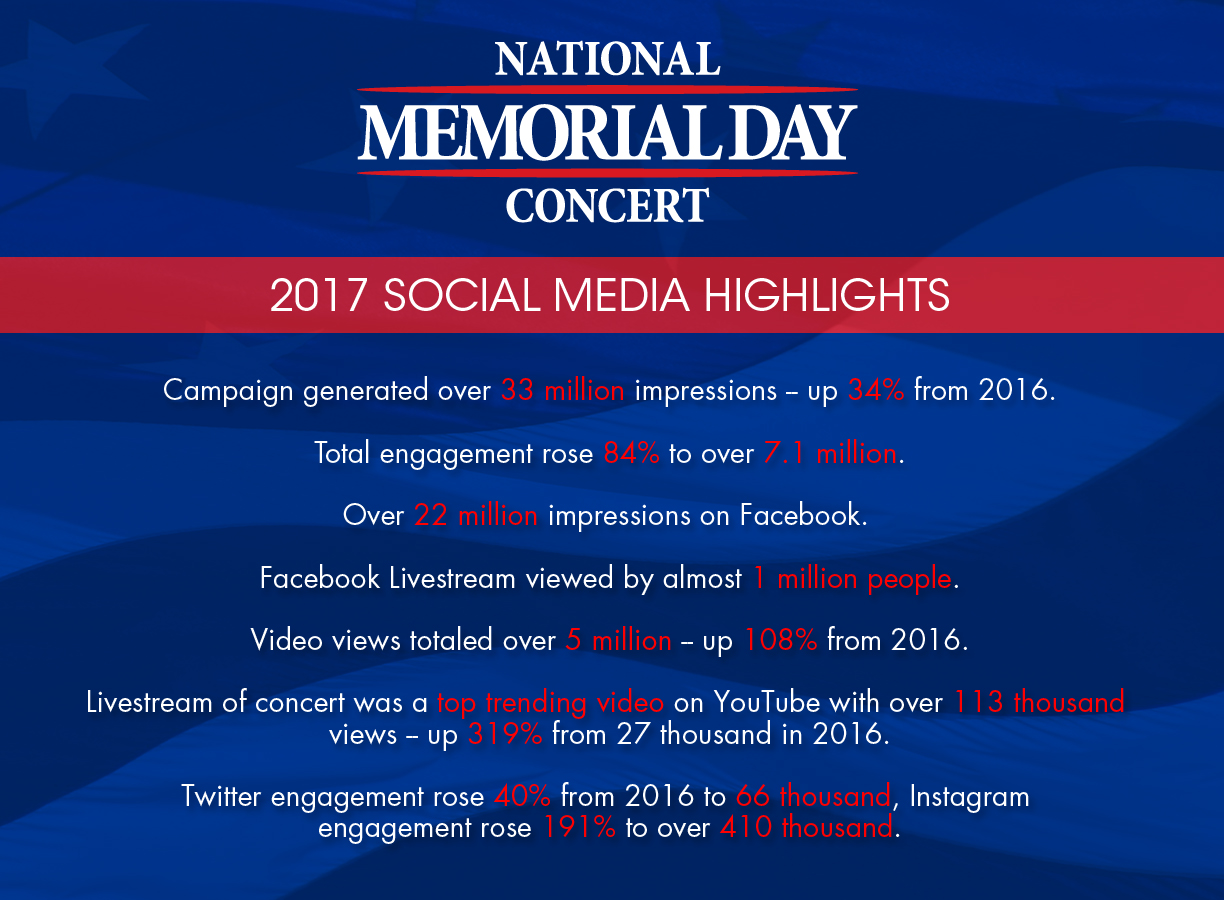