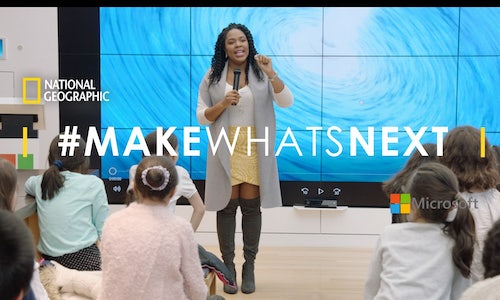 National Geographic partnered with Microsoft to activate their "Make What's Next" initiative, which focuses on a message to activate girls' interest and involvement in science, technology, engineering and math (STEM). Rooted in the insight that only 6.7% of women graduate with STEM degrees, the program aims to tap into what girls, parents and educators can do to help girls stay interested in STEMs.

Combining National Geographic's expertise in science and storytelling with Microsoft's technology leadership, we set out to empower girls to change the world, stay in STEM, and be the ones to #MakeWhatsNext

The strategy was to align to a global moment (International Women's Day) and tap National Geographic's world-renowned female explorers and photographers to serve as inspirational storytellers through a mix of Facebook LIVE, in-person events, and inspirational content that was made accessible to a global audience through Nat Geo's incredible social media footprint.

National Geographic tapped its roster of leading female explorers to serve as inspirational mentors. Inclusive of a volcanologist, astrophysicist, marine biologist/photographer, non-profit co-founder, space architect and ecologist, the explorers anchored the live events and served as the central personalities in the resulting inspirational content. These women, eager to inspire the next generation of female explorers, shared their stories including their struggles, their unique paths, and of course—their successes.

Launched with "The Moment" on International Women's Day

The #MakeWhatsNext partnership kicked off with a celebration of International Women's Day on March 8, 2017, the perfect "Moment" to announce a campaign to empower girls. A total of 30 photos on five of National Geographic's Instagram channels and 10 posts across four of National Geographic's Facebook channels featured prominent female explorers in action with inspirational messages and an invitation to join us at the upcoming free workshops in Microsoft Stores across the U.S.

Streamed LIVE from the Field

On March 18, 2017, Nat Geo's millions of Facebook followers were invited to tune in to a Facebook LIVE featuring a female scientist, Jennifer Adler, a National Geographic Young Explorer working on a conservation education project called Walking on Water, for a Q&A and to hear about how STEM empowered her to change the world.

Hosted Six Live Events in Microsoft Stores Across the U.S.

On March 18, 2017, six Microsoft stores around the U.S. held #MakeWhatsNext workshops, connecting girls 8 and older to six National Geographic female explorers up close and personal. The events included a keynote with Q&A (best part of the day!), a career quiz, a coding exercise, and streamed in the Facebook Live event with Jennifer Adler.

Shared the Inspiration and Enthusiasm Globally

We had film crews on the ground at three of the live events to capture footage and create custom videos that brought the enthusiasm of the events to a broader audience on NationalGeographic.com and across National Geographic Facebook and Twitter accounts.

Overall, the campaign garnered more than 150 million social and digital impressions on National Geographic distribution channels, 4 million social engagements, and 6.4 million video views. The human element of the campaign connected girls to real-life stories and experts, elevating the message and reinforcing the importance of learning, pursuing and staying in STEM career paths.

By planning a campaign in conjunction with International Women's Day, National Geographic and Microsoft contributed relevant content to the IWD conversation and maximized impact. On launch day, the International Women's Day social takeover yielded 67 million social impressions, over 3.5 million likes and over 1,000 pieces of content generated on Instagram using #MakeWhatsNext.

Nearly 300 girls attended 6 #MakeWhatsNext workshops in Microsoft locations across the U.S. The live-stream explorer feed reached a potential audience of 90 million followers, and had 100K organic live stream views and 2.7 million total views in the days that followed.

Here's just one of the many exchanges between a curious girl and a Nat Geo explorer:

"What would you say to someone who wants to be a rocket scientist?" 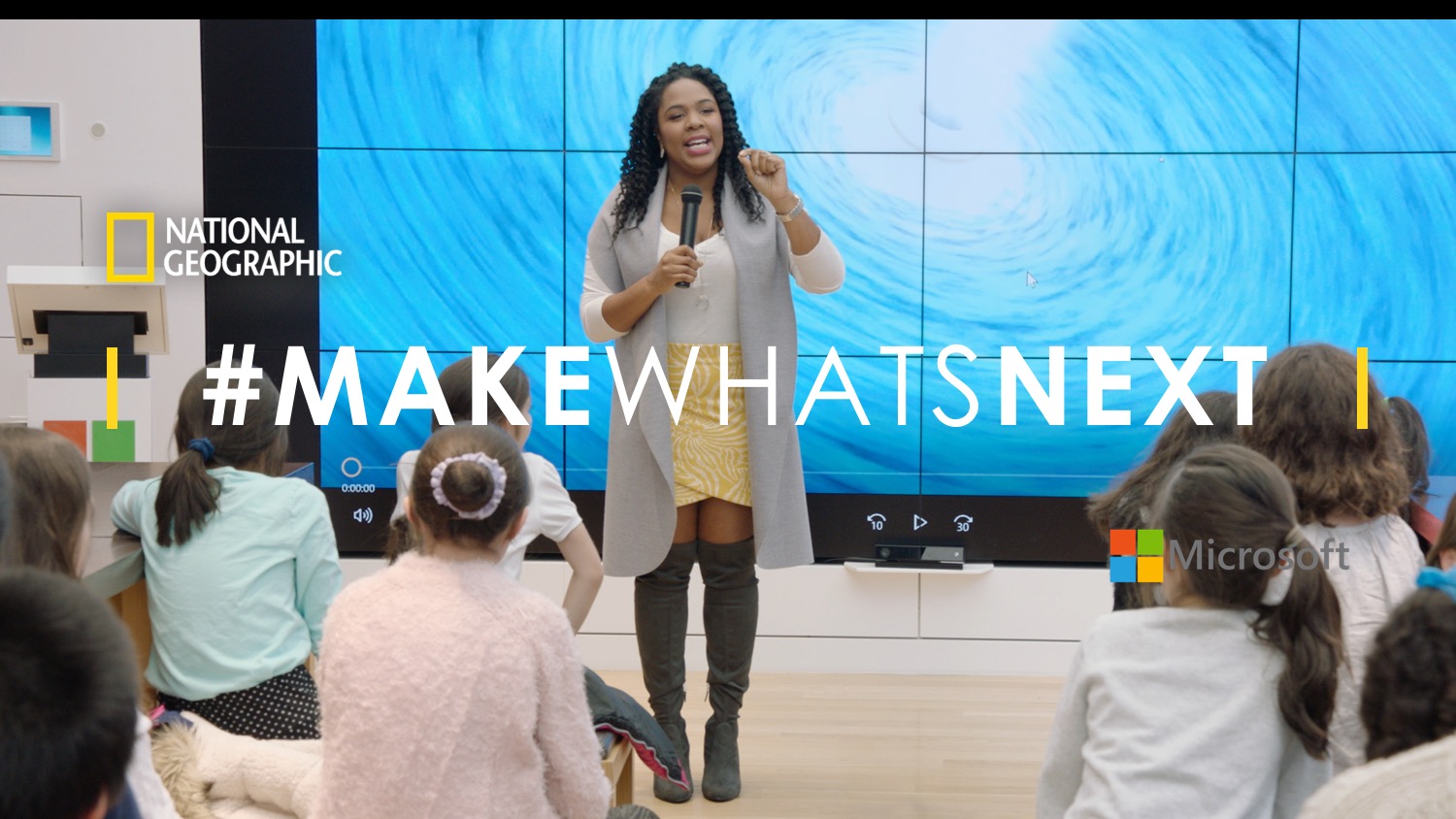 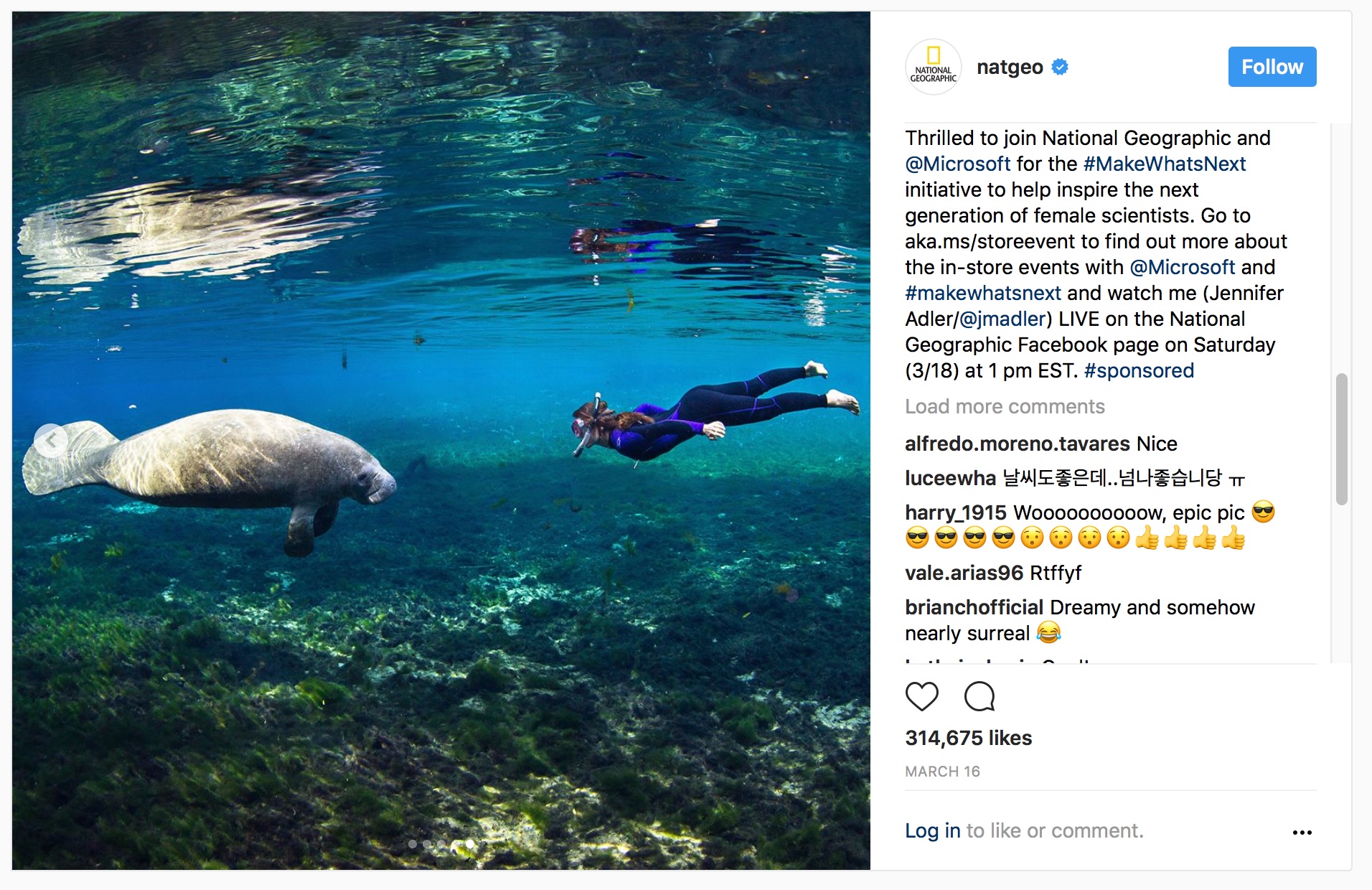 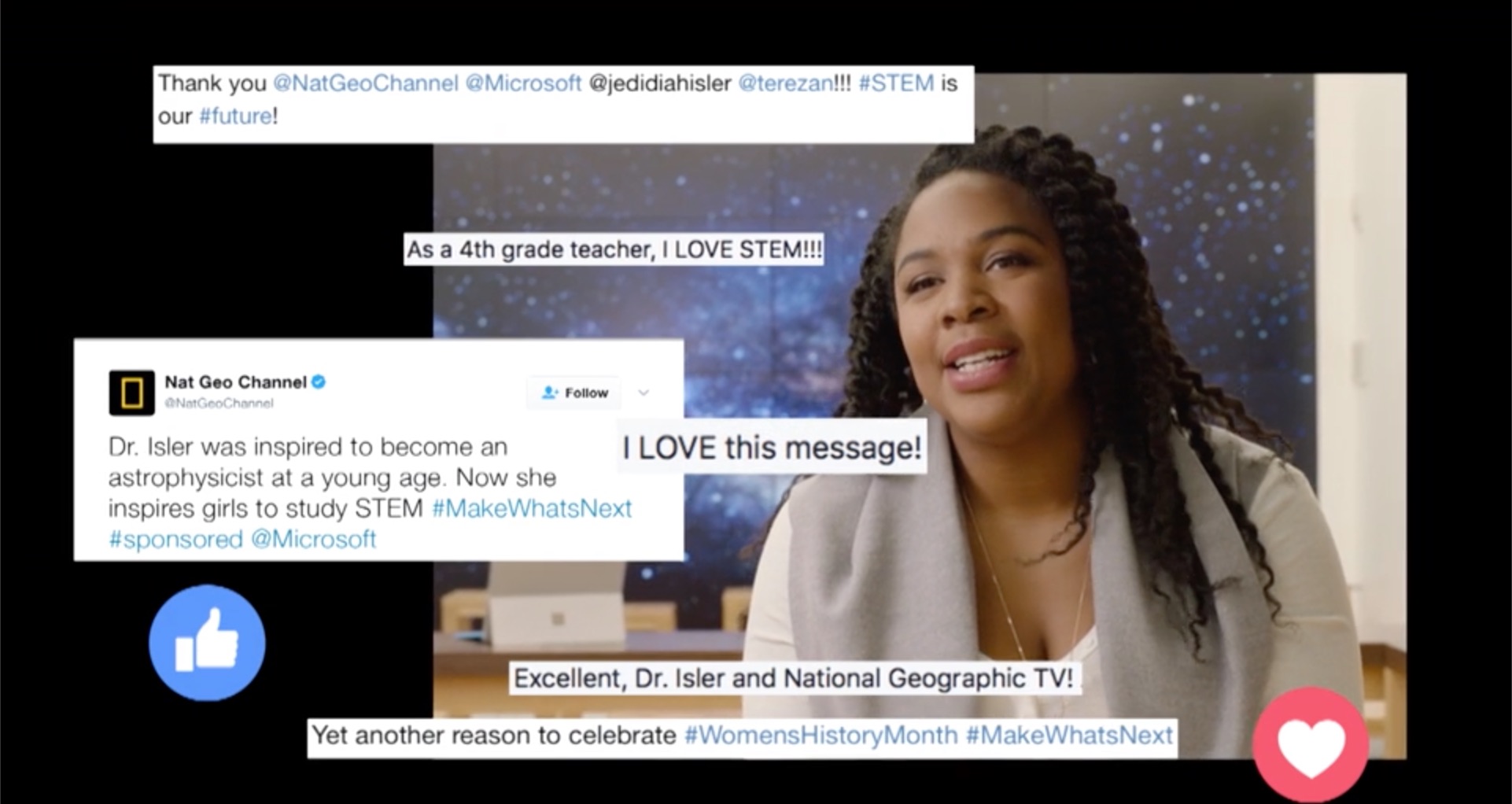 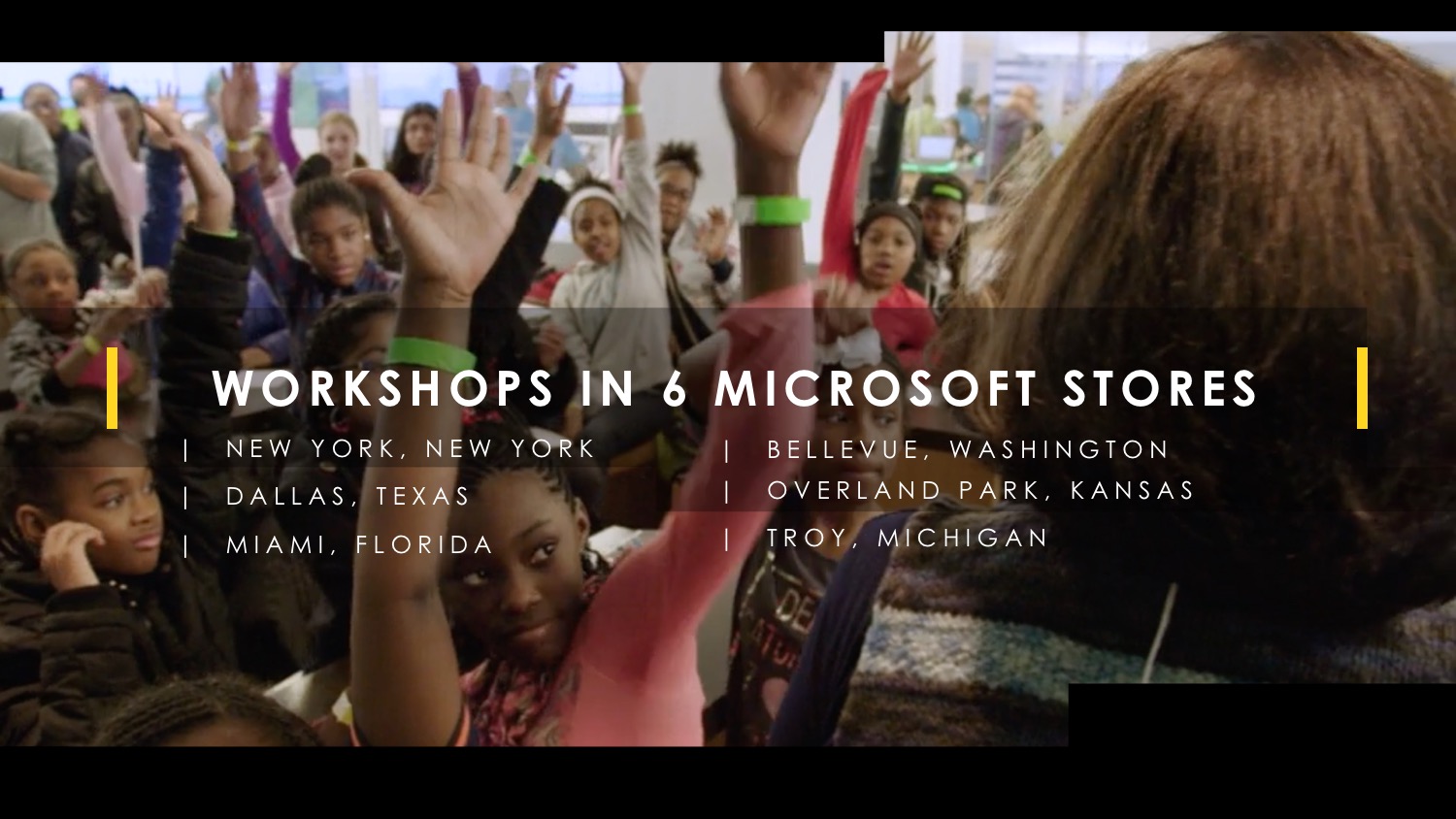