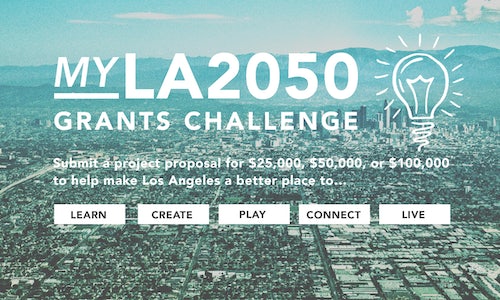 From economic inequality to environmental degradation, practically every global civic challenge exists in Los Angeles. Fortunately, Los Angeles hosts a vibrant community of innovators crafting solutions to tackle these issues. At the Goldhirsh Foundation, we believe that these and all Angelenos serve as positive, proactive stewards of LA's future.

An initiative of the Goldhirsh Foundation, LA2050 drives and tracks progress toward a shared vision for the future of Los Angeles. Via data collection, community activations, and grantmaking, LA2050 has created - with Angelenos and for Angelenos- a series of goals and metrics that monitor the region's progress. These goals are making LA the best place to learn, create, play, connect and live.

LA2050 taps into collective community input and activates these five civic goals through the My LA2050 Grants Challenge, an online crowdsourced competition that asks organizations how they would improve LA by 2050. Angelenos vote online for the best ideas, thereby determining who receives grants from the $1,000,000 competition.

Since its inception in 2013, LA2050 has engaged more than 300,000 Angelenos in civic dialogue and crowdsourced 1100+ creative ideas to shape local communities. My LA2050 has granted $4,000,000 and has secured $1,700,000 in additional funding from philanthropic partners. My LA2050 has facilitated media exposure for these game-changing proposals and has rallied citizens around these projects for collective civic action. LA2050 continues to build a union of inspired, engaged Angelenos and to knit a civic fabric in an accessible, inclusive way.

In recent years, the public sector has used crowdsourcing and grand challenges to spur innovative thinking and to streamline interdepartmental functions. Four years ago, leading up to the first My LA2050 Grants Challenge, there were only a few instances of online, democratic community engagement in philanthropy. Traditionally, grantmaking is limited to a small number of decisionmakers in a closed circuit following a long vetting cycle. Inspiring civic projects are often only seen by a small number of people. My LA2050 introduced nontraditional forms of grantmaking to many and spotlighted organizations making a difference in LA.

Via crowdsourcing, we invited all Angelenos to contribute to civic investment in Los Angeles with capital already designated for public benefit (via the Goldhirsh Foundation). By offering an open platform, My LA2050 democratized the philanthropic playing field and expedited the grantmaking process. Most importantly, it brought everyday Angelenos closer to real problems and solutions, while enabling them to direct where LA2050 invested its money.

My LA2050 has also sparked new ideas about how to engage a community digitally. Compared to the rest of the US, Los Angeles has experienced lower than average voter turnout rates. Our research shows that people equate voting in a crowdsourced campaign like My LA2050 with civic participation comparable to voting in a public election. My LA2050 introduced a new approach to stimulate change in our city - one that harnessed the entrepreneurial energy of LA's startup culture, grassroots organizing, and voting power. Recognizing the importance of emerging digital tools, platforms, and social media networks, we designed and built an online platform that stimulated a wave of civic idealism.

Due to its emphasis on design, digital content, affinity marketing and branding, My LA2050 incentivized applicants to take creative risks that built new skill sets and digital assets that they could repurpose. For instance, rather than in a required annual grant report, My LA2050 grantees explain the impact of their work via a blog post that they can reuse for their respective causes. On each My LA2050 submission page, we designed "donate" and "volunteer" buttons to support project efforts. In the 2016 pilot year, 20 percent saw increases in donations and volunteer sign-ups during the challenge. My LA2050 offers an opportunity for innovation, experimentation, and growth while enabling civic engagement, like volunteering, on top of voting.

My LA2050's platform broadened access to players within the civic engagement space by allowing governments, nonprofits, and private sector groups to compete with each other. While it is unusual for a philanthropic organization to make grants to governmental entities and private sector firms, My LA2050 maintains a broad approach to civic impact, regardless of a group's organizational structure. All have a stake in the future and must contribute collective, cross-sector force to effect real civic change.

Before the creation of the My LA2050 Grants Challenge, LA2050 was a relatively unknown resource of civic data and events centered on community well-being in LA. My LA2050 helped build the LA2050 brand and reach through social media content, digital engagements, and offline events. Starting with a staff of three in 2013 without a handle to our name, LA2050 now hosts 130,000 email list subscribers, 26,500+ Twitter followers, 6000+ Facebook fans and 3300+ Instagram followers.

The My LA2050 Grants Challenge is often cited as an example of an optimistic civic engagement campaign that responds dynamically and appropriately to Angelenos - the constituency it seeks to support. My LA2050 was the first and only campaign in LA that put grantmaking power into the people's hands and that included government and private sector organizations in addition to the nonprofit sector that philanthropy typically supports. With an activated digital community, we serve as a collective voice for Angelenos and a place for those who want to get involved. Our robust social media, unique bimonthly newsletters featuring social impact events, research, and jobs, as well as our community convenings, capitalize on the hunger that drives Angelenos to feel a part of civic progress.

Los Angeles is both optimistic and apathetic, united but fractured. There are plenty of barriers to civic engagement. The My LA2050 Grants Challenge offers an inspiring, accessible invitation for civic engagement and seeks to eliminate the excuse that Angelenos "don't know where to go" to start doing good. 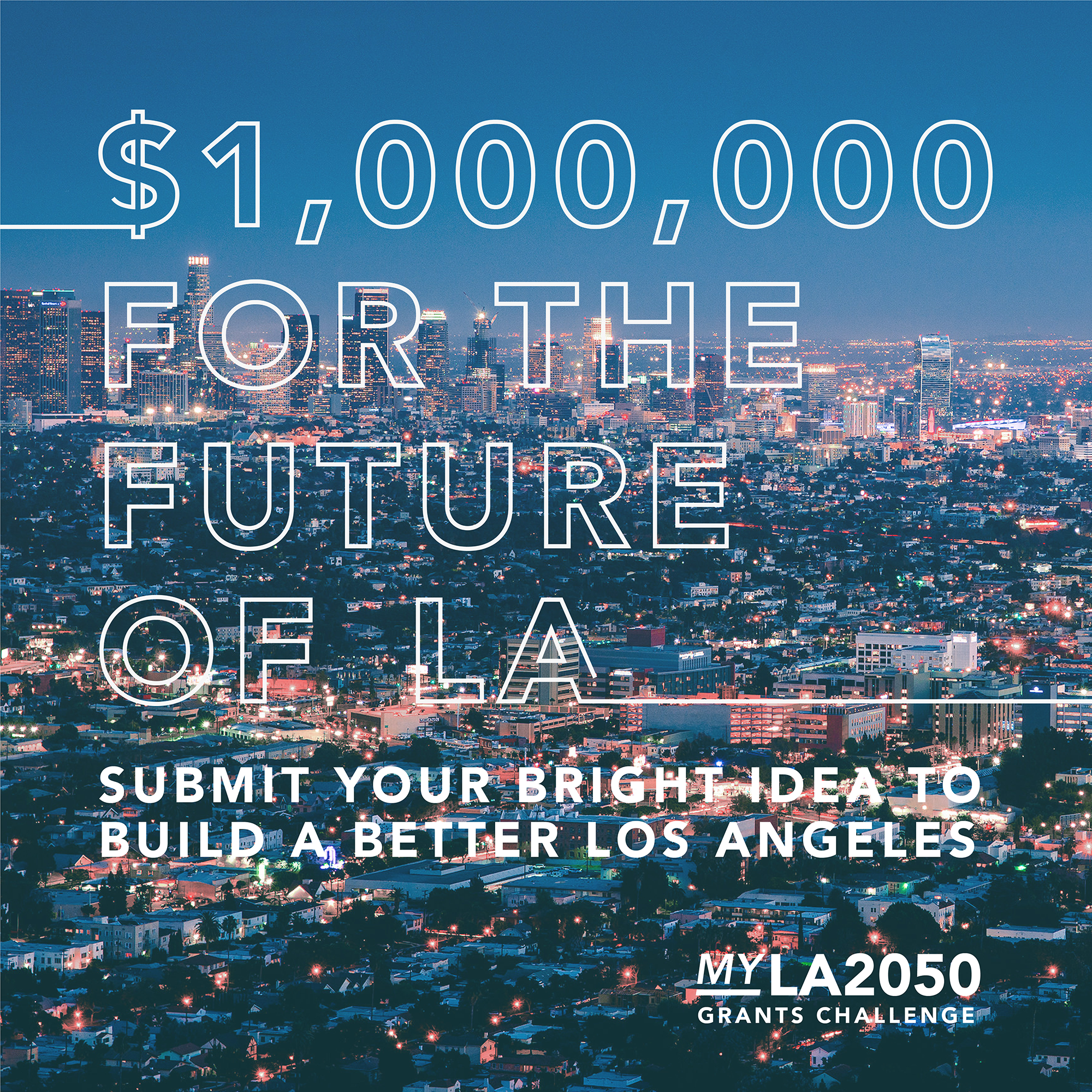 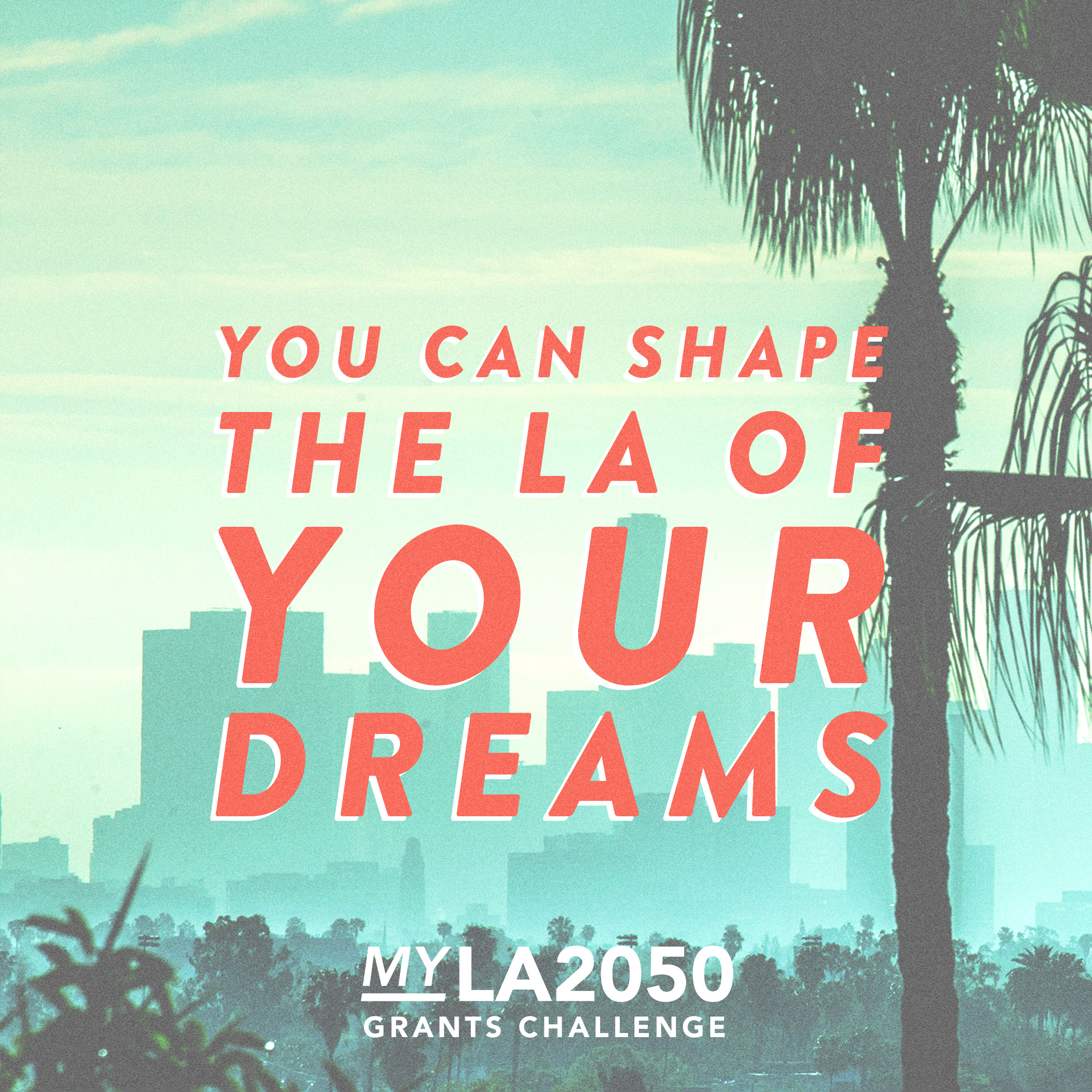 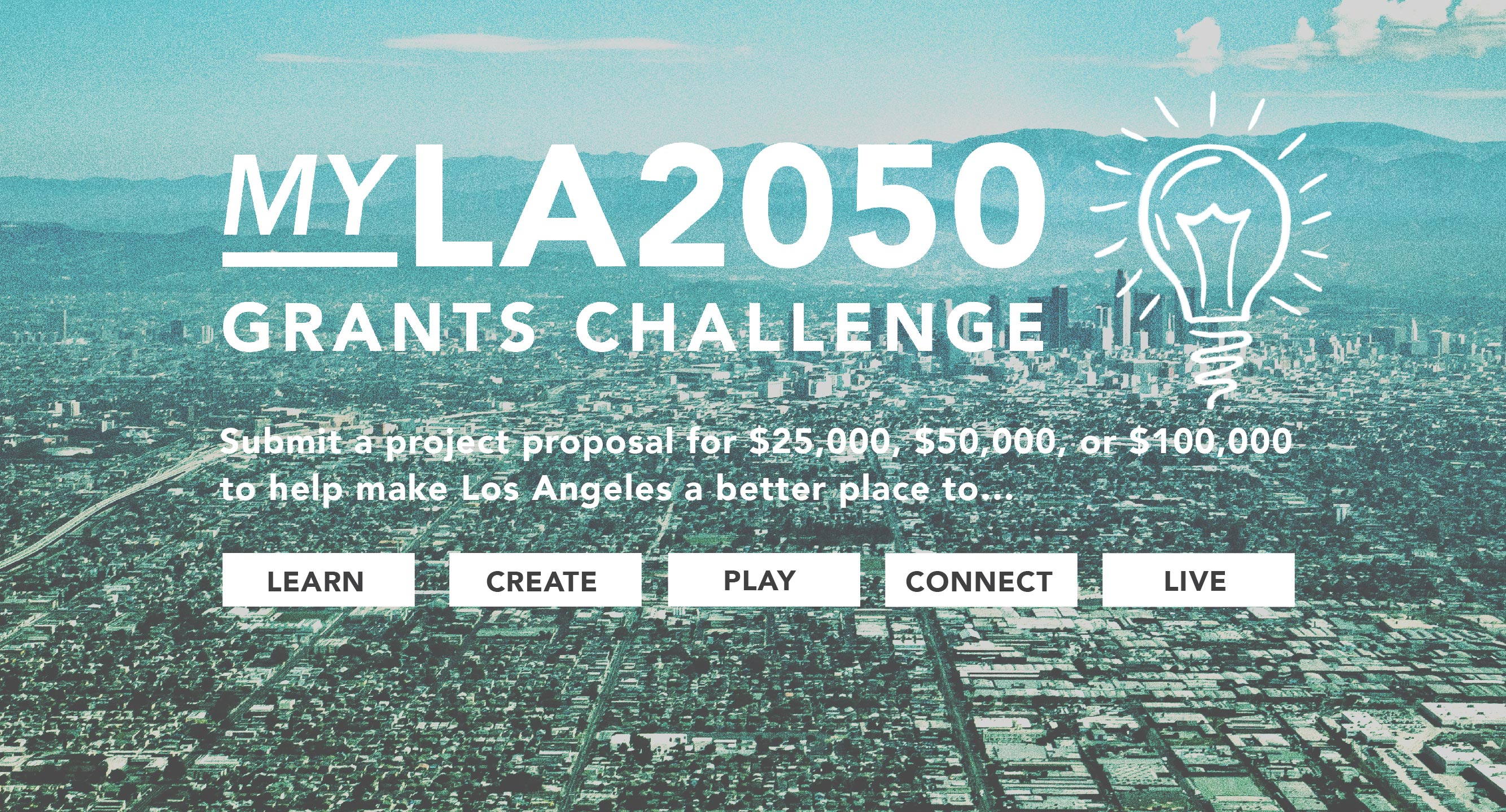 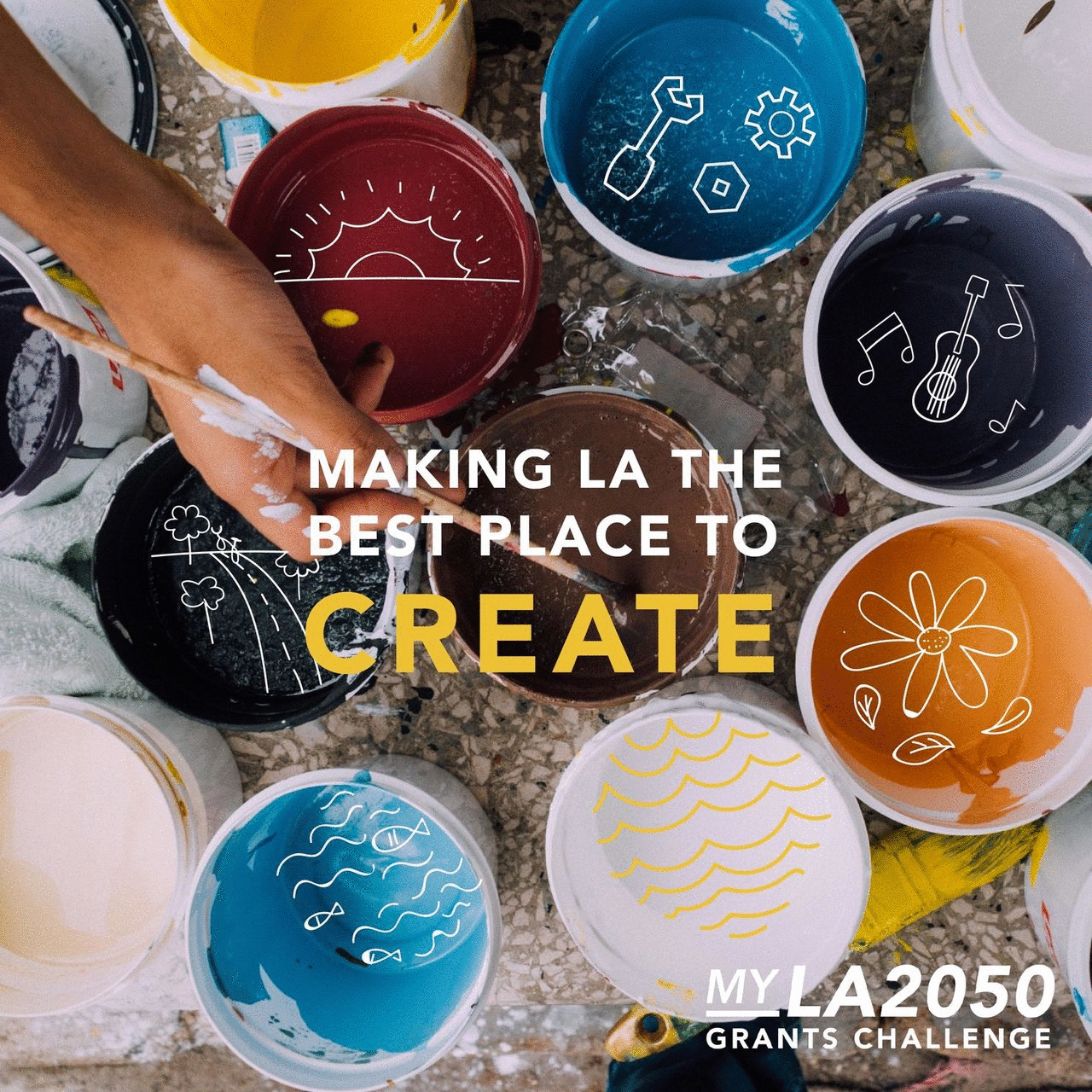 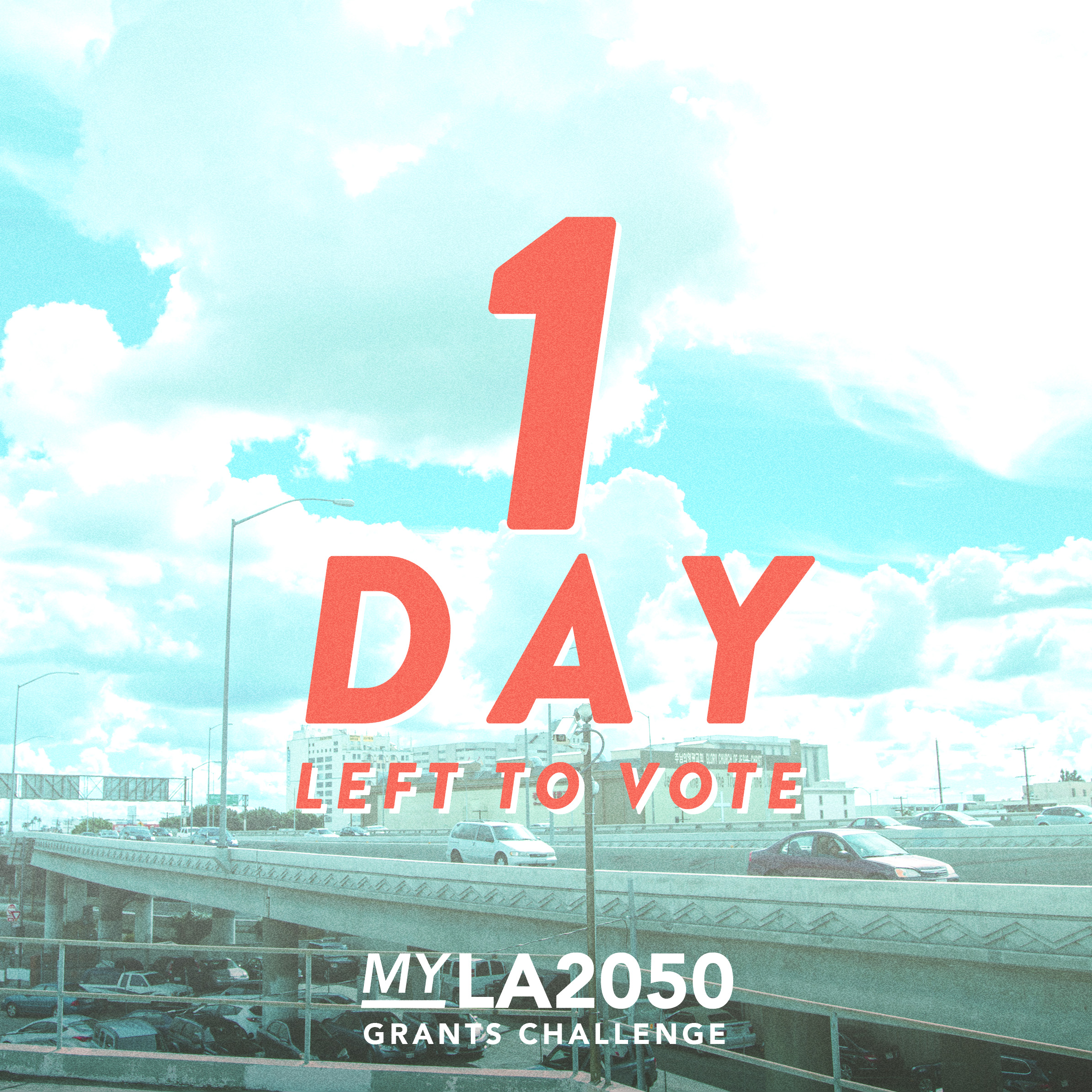 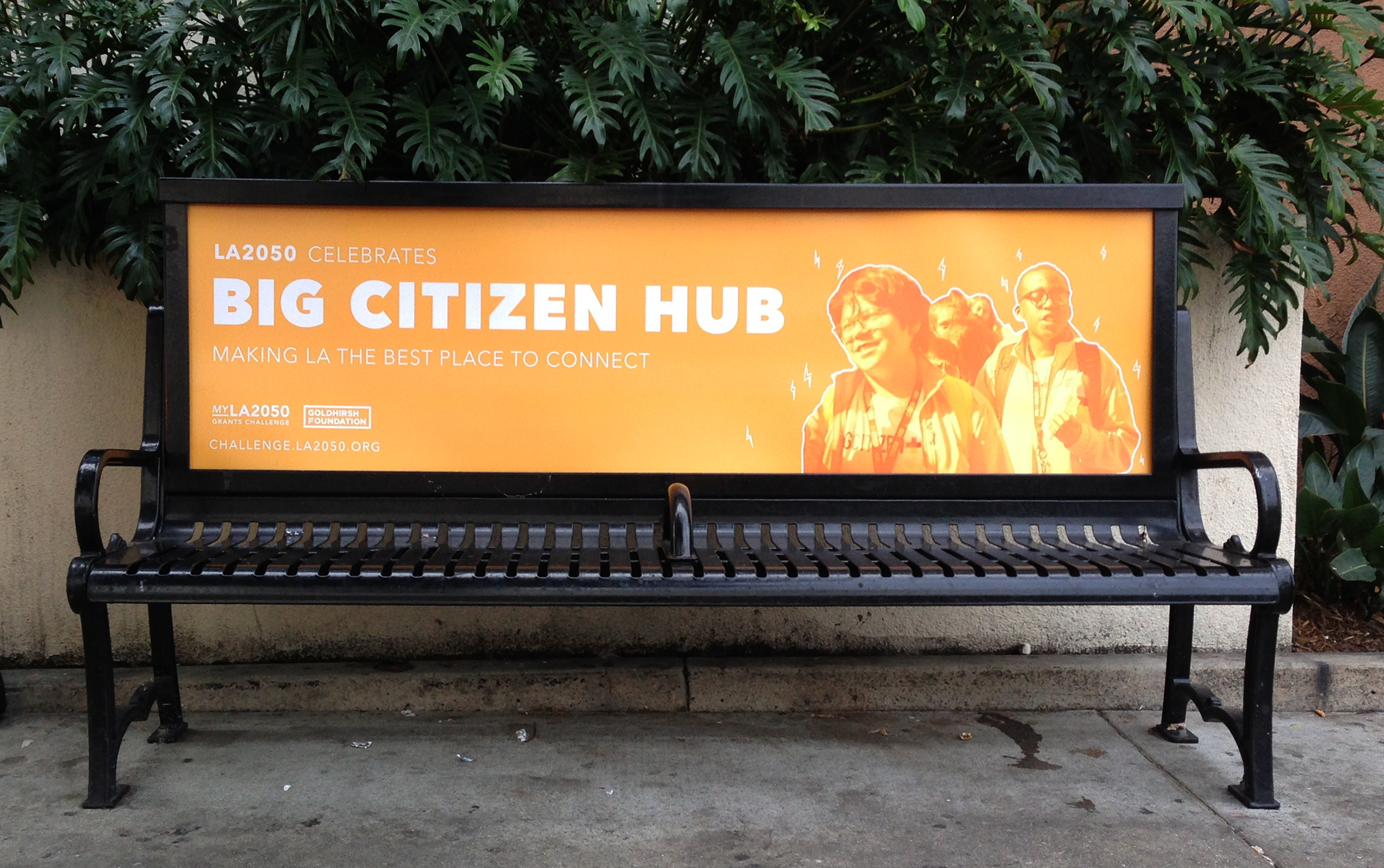 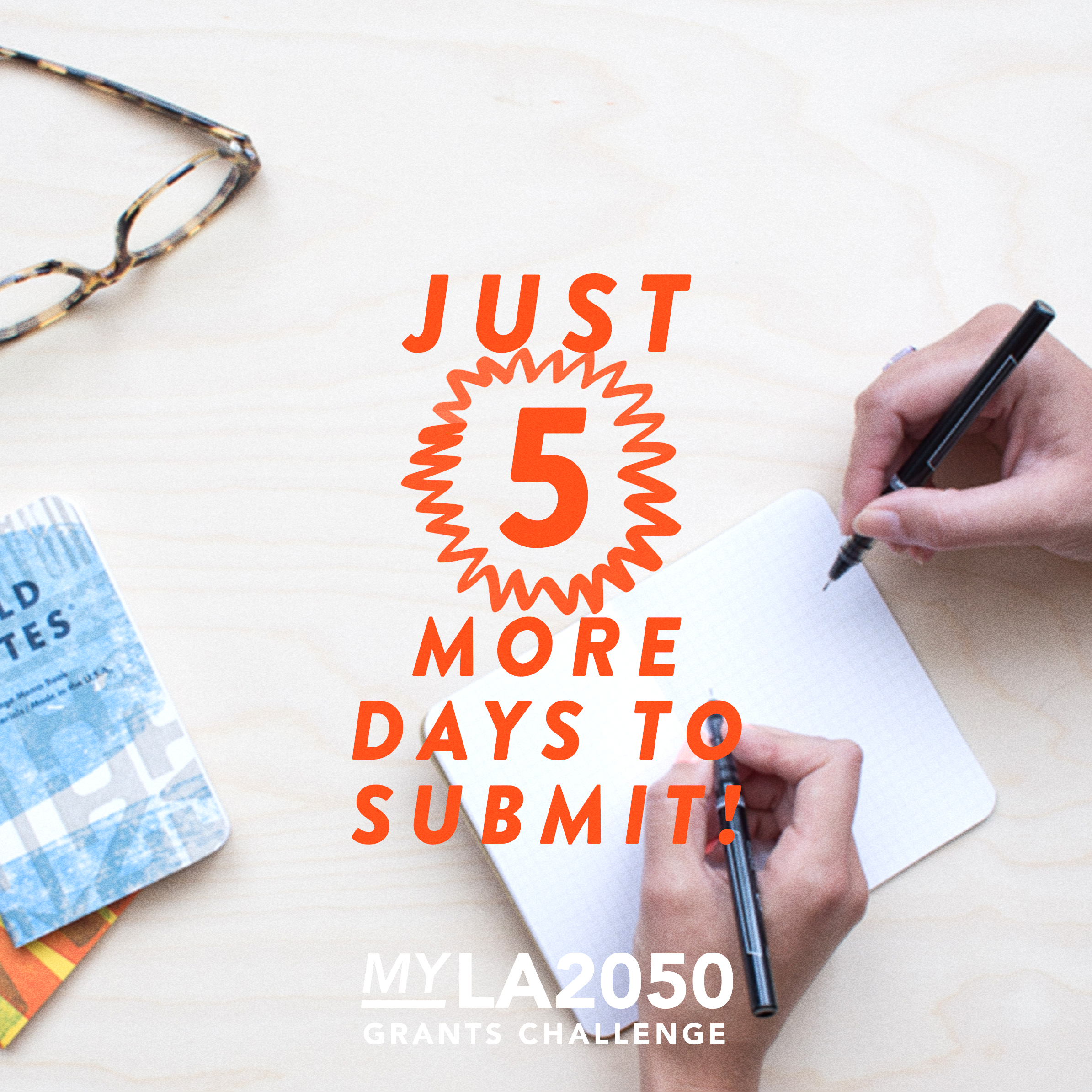