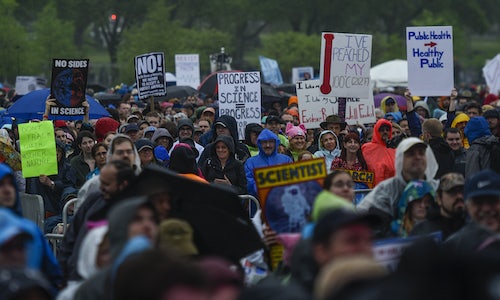 Earlier this year, scientists and science advocates from all over the country, regardless of their specialties and fields of expertise, came together to defend the role of science in policy and society as it became clearly threatened by the new administration. On April 22, 2017 — Earth Day — the first ever March for Science was held. It was an unprecedented unification of more than one million people in over 400 cities across all seven continents of the world (yes, even Antarctica).

In order for its message to be clear and resonate worldwide, it required extraordinary communication and digital coordination, from the flagship march in Washington, D.C. to march locations across the globe.

Social media played a critical role in uniting all of the concurrent marches. We sought to maximize turnout and attendance, earn media, and strategically leverage celebrities and influencers to build awareness around the event and its broader mission. This began and ended with refocusing the overall narrative, and crafting a concise message — that the scientific community was coming together as a unique and powerful grassroots movement to stand up for the integrity of science and scientific fact and its role in our society.

We set in place best practices for shaping movements around these grassroots marches that are increasingly prevalent and important in America today. We also built momentum leading up to and following the March, driving support and action in record numbers and making a big splash online.

Our work began with developing the message around which all future communications were based: telling the story of the March, introducing those who were building the movement from the ground up, and why they felt such an urgent call to action.

The March formed both as a reaction to the Trump administration, and as a call to action for fact-based debate on science more broadly. Science and scientific fact are irrefutable and connect us all—the March, and all of its organizing partners, worked to amplify that.

We made a point to reflect and highlight the diversity of the organizers and participants in these efforts, focusing on three important figures in the world of science who would help deliver that message: Bill Nye; Dr. Mona Hanna-Attisha, the doctor who helped to expose the poisoning in Flint, Michigan; and Lydia Villa-Komaroff, a molecular biologist who helped pioneer the production of insulin.

One tactic we used to leverage these surrogates was drafting an email with Bill Nye's byline. This creative, organic content enabled us to reach an audience that could be motivated to march in their communities or even to help crowd build at the D.C. flagship event to see Bill Nye in person.

We revamped the March website to make signups easier and successfully established a trending hashtag, which worked to spread that message far and wide. Earned and print media was also built out under our message umbrella, using actionable tactics with additional amplification on social media.

Through a strong digital campaign, we captured the enthusiasm around the event, amplifying news and earned media on the right platforms and using mobilization tactics and influencer strategies to build out the events. This ensured and drove momentum forward in a sustainable way—pre-event and post. We also drafted toolkits for partner organizations to coordinate online amplification strategy.

The implementation of our strategy required daily phone calls and check-ins, which allowed us to successfully insert ourselves in the editing process for content in real-time. We consistently motivated stakeholders to stay on task and stay focused on message, while also giving them ownership.

In the end, the 600 marches around the world saw a total of approximately 1.07 million marchers, from 100,000 in Washington D.C. to 84 in Kampala, Uganda — metrics that blew even our initial goals out of the water.

One of the main challenges we faced in our work was capturing the momentum from the March for Science and propelling that into tangible post-March action. We accomplished this by funneling supporters and marchers into a week of advocacy actions immediately following the March, ensuring that the story was not over that day. We encouraged organizers for weeks after to increase awareness while directing people to take clear advocacy actions, all without being partisan—an effort that was successful, and a massive accomplishment in the current political climate.

In under a month, we did the unthinkable: we brought all the stakeholders to the table, organized the organizers, established and leveraged our message, and cultivated support across the globe. We saw unprecedented attendance at locations worldwide (even beyond human attendees, with one community organizing a Penguin March for Science!), impressive national media and social coverage of the event, a partnership with Snapchat to create a national story—and as surrogates with large followings tweeted and posted across all social platforms, the March was trending on Twitter nationally all day long.

We were embedded in the day-to-day operations and worked alongside organizers and partners to make it all happen. Beyond that, we gave clear ownership of a mammoth amount of responsibilities and processes in order to maximize impact, and we established the storytelling for the March that ultimately inspired droves of people to show up, that day and every day, for science and for the planet's future. 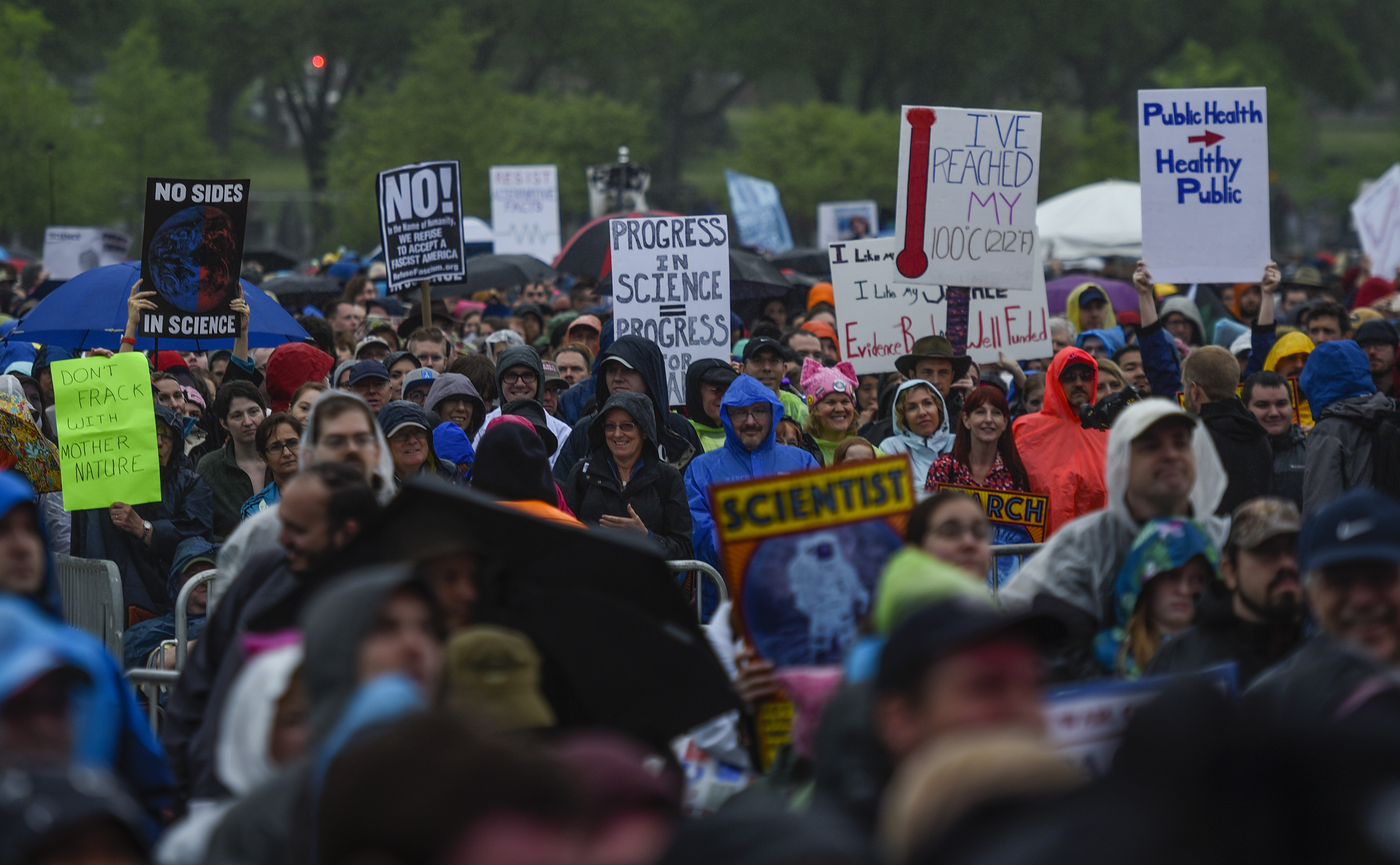 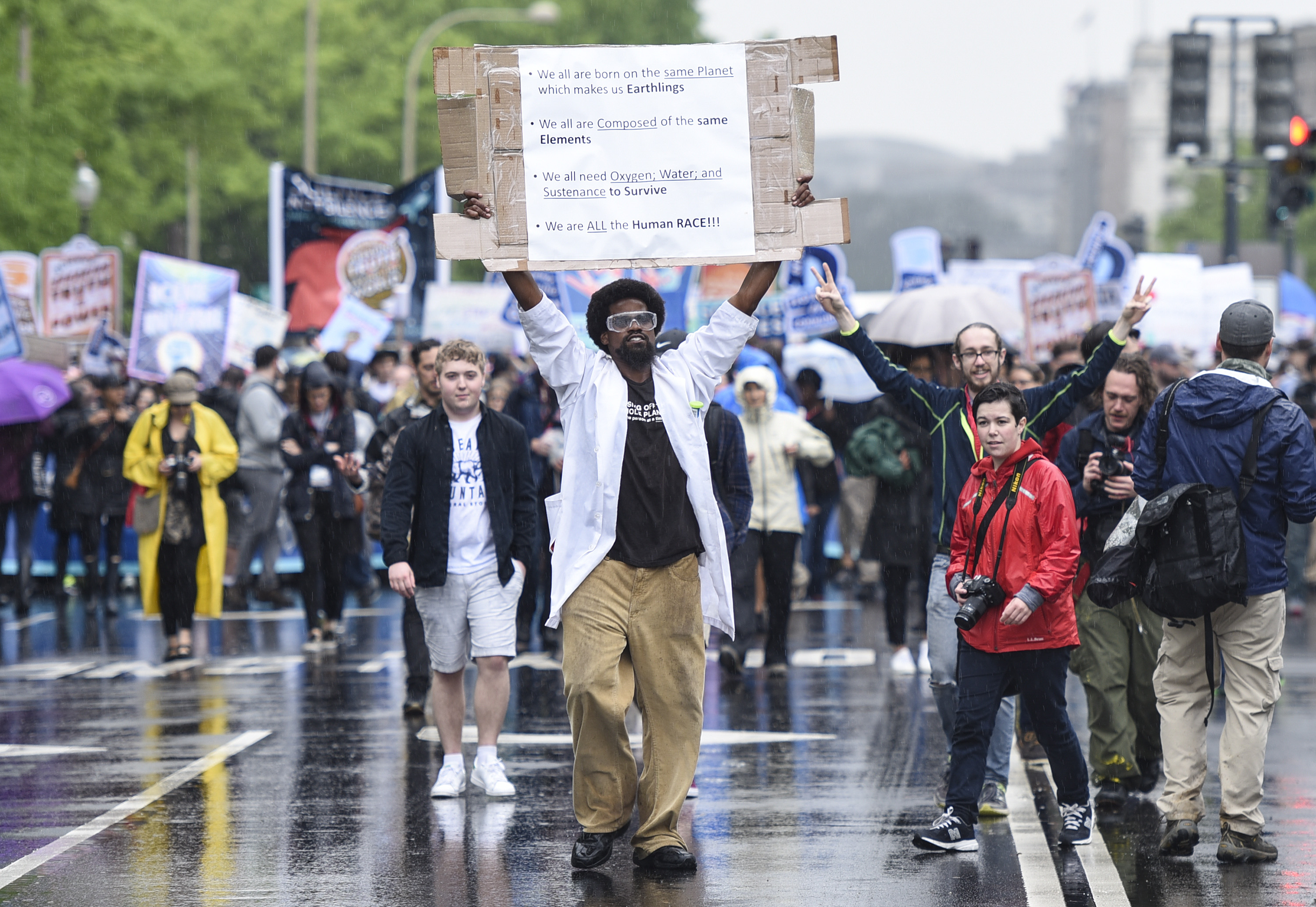 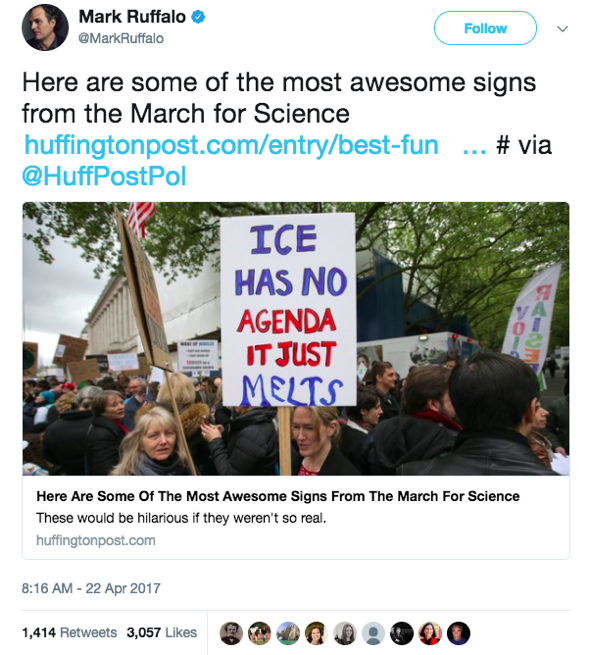 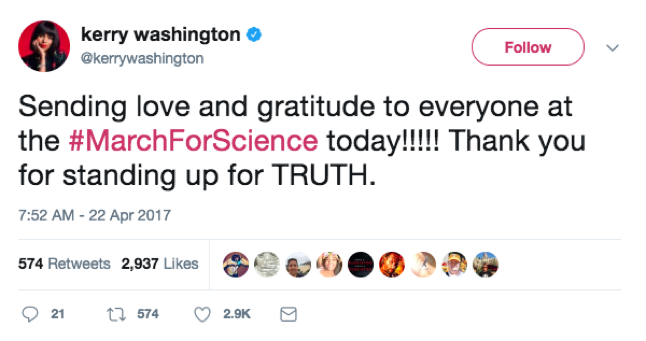