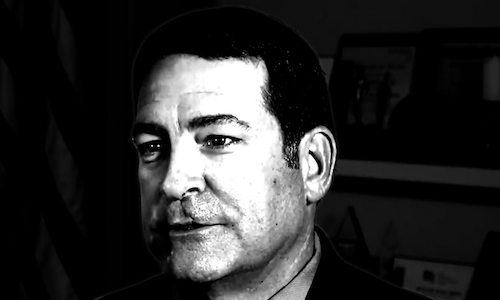 In the face of injustice, the LGBTQ community understands the power of our voices to affect change! That's why HRC's millions of members and supporters stood strong against Donald Trump's nomination of anti-LGBTQ Mark Green and ultimately helped to defeat his nomination.

The secretary of the Army leads the oldest and largest branch of the U.S. Armed Forces, overseeing nearly one million reserve and active duty soldiers. The role is responsible for safeguarding the enforcement of the repeal of "Don't Ask, Don't Tell" and implementing a range of policies affecting LGBTQ service members. But for the essential post, President Donald Trump nominated Mark Green, a radically anti-LGBTQ politician. In just the last few years, Green slurred transgender people, described President Obama's guidance protecting transgender students as an example of "tyrannical government," called being transgender a "disease," and encouraged Tennessee officials to defy federal law by denying marriage licenses to same-sex couples. As a Tennessee state senator, Green supports legislation giving businesses a license to discriminate against LGBTQ people. He also sponsored an anti-transgender bill, and opposed state non-discrimination protections based on sexual orientation or gender identity.

From the moment he took office, President Trump has been determined to roll back years of progress for that were made by the LGBTQ community. The discriminatory "Don't Ask, Don't Tell" policy was finally repealed in 2011 after HRC's nationwide strategy helped lead to the historic congressional votes that sent DADT to the dustbin of history. Before Trump's tweets went viral in August, an end to the ban on open service by transgender military members was finally ordered a year ago. HRC was not going to stand by and watch extremist Republican leaders undo these efforts. HRC's Digital Media team unleashed a relentless #StopMarkGreen campaign in early 2017 that engaged our four million social media followers to take action. The multi-faceted campaign incorporated blog posts, video, email, all major social media channels, as well as digital advertisements.

HRC posted on social media about the campaign to stop Mark Green nearly 50 times over the course of a few short weeks, incorporating image shares to better engage our followers. HRC's blog had more than 20 posts that highlighted Green's record and the opposition to his nomination. We amplified the voice of HRC staff member Stephen Peters, who was discharged under the military's now-repealed "Don't Ask, Don't Tell" policy, and who could personally speak to the harms posed by Green's nomination. HRC didn't just tell our followers about Green's horrific record on LGBTQ issues - we let his words speak for themselves. In an HRC video titled "Mark Green is a danger to LGBTQ soldiers bravely serving in the U.S.," Green calls being transgender "a disease," and encourages Tennessee officials to defy federal law by denying marriage licenses to same-sex couples. HRC promoted Twitter ads featuring this video to extend our reach to wider audiences.

HRC beat the drum about Mark Green for several weeks leading up to his eventual resignation. In a coordinated effort that involved our marketing, digital, graphic design, communications and digital teams, we executed a far-reaching campaign about the harms posed by a potential Mark Green confirmation. We emailed HRC's full list, prompting our 3 million+ members and supporters to take action. We posted social media messages, video and image shares that promoted the same. We launched the #StopMarkGreen hashtag, which both started and drove the conversation about why Green was unfit to lead. It was a relentless digital campaign that achieved its ultimate objective: to keep Mark Green from securing confirmation as the U.S. Army secretary.

Following direct prompts from HRC on email and social media, HRC members and supporters took more than 25,000 actions, including sending 17,000 emails and making more than 6,800 calls to the Senate in a single week.

One of our three videos that we pushed out on YouTube, the aforementioned "Mark Green is a danger to LGBTQ soldiers bravely serving in the U.S.," reached more than 1 million people and was viewed nearly 750,000 times. The video was widely credited by major media outlets as a key tool in the campaign to block Green's nomination.

After significant opposition from HRC, Green was forced to withdraw his nomination just a month after being named. He would have succeeded U.S. Army Eric Fanning in the role, who made history as the first openly gay leader of a branch of the U.S. military. 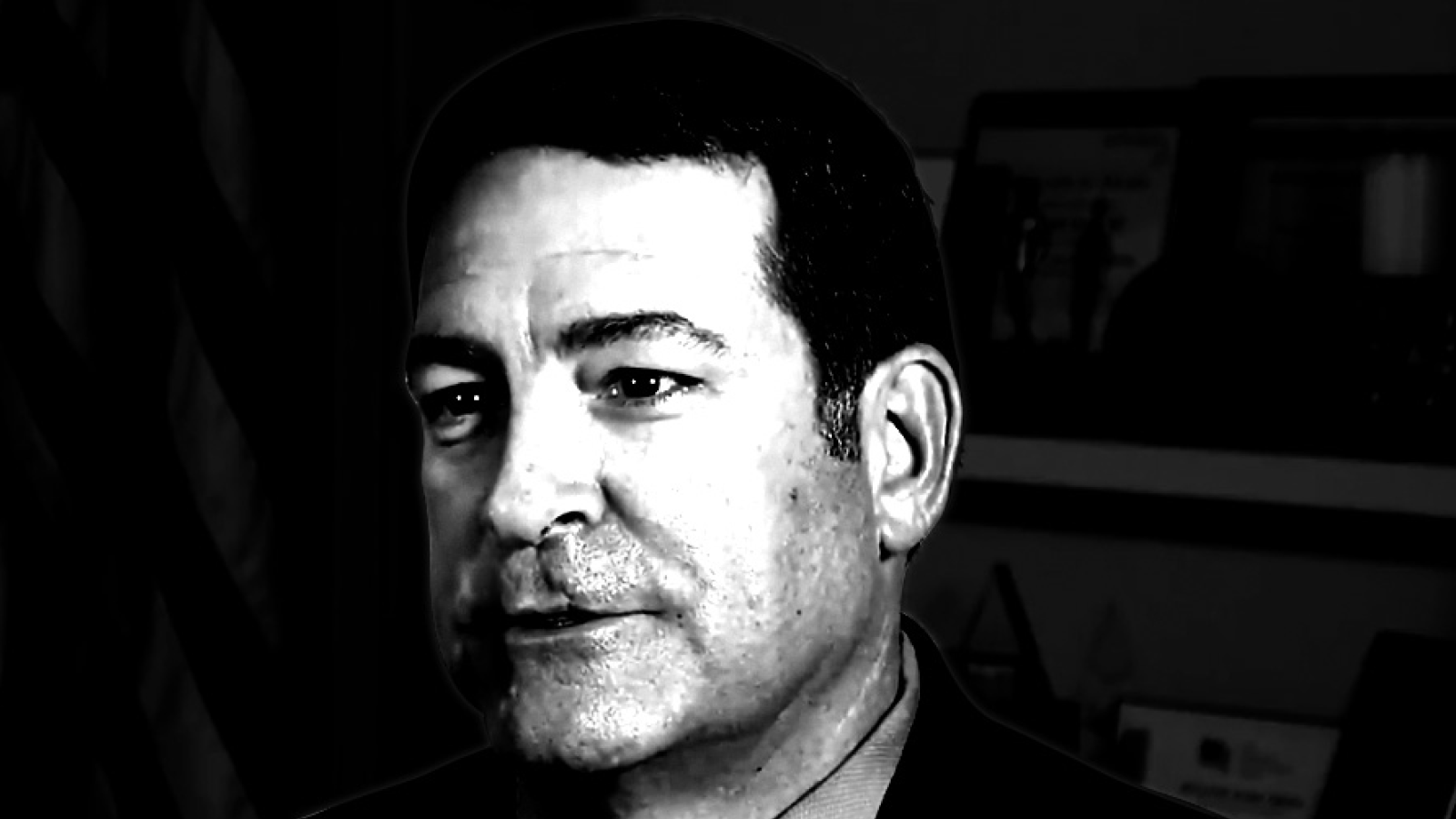 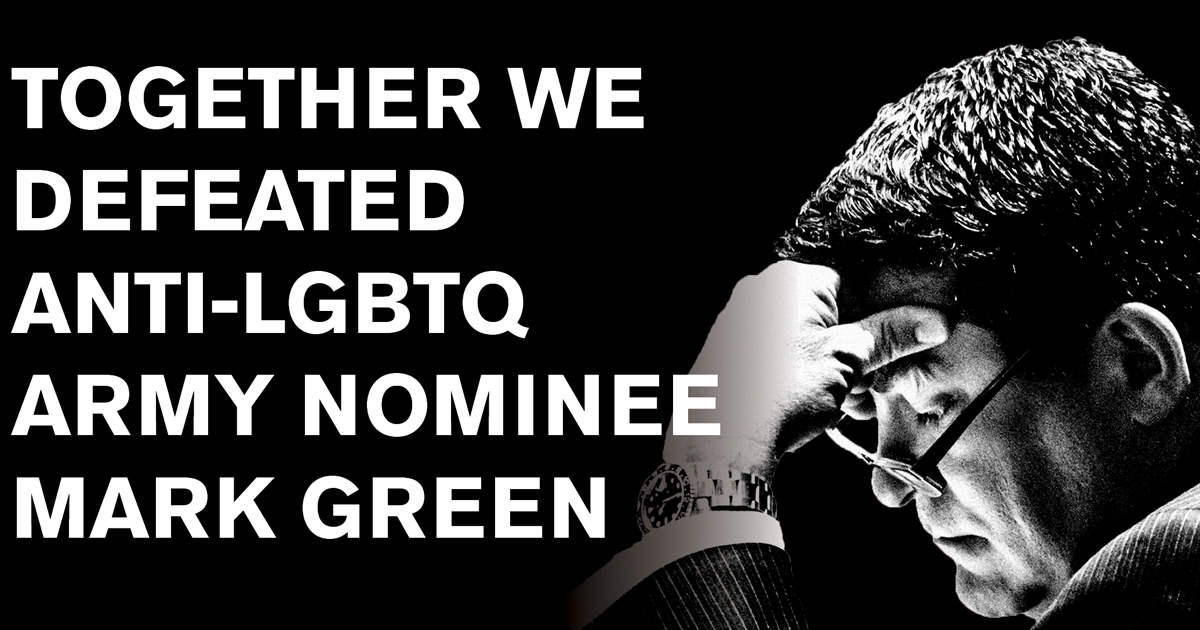