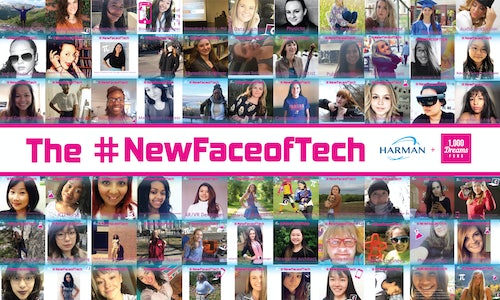 HARMAN and the 1,000 Dreams Fund Partner to Support the Next Generation of Female Leaders in Technol

Careers in technology are among the fastest-growing professional occupations in the U.S., with a projected growth rate of more than 9 million jobs between 2012 and 2020, according to the U.S Bureau of Labor Statistics.However, women continue to remain underrepresented in the tech sector.

HARMAN, boasting a male-to-female ratio of 66%/34%, (studies yield tech companies employ an average of 12.33% women engineers) understands firsthand that diversity is critical to fostering a climate of inclusiveness which nurtures new innovative ideas. HARMAN places a strong emphasis on attracting, developing and retaining successful female talent across the company, and makes it a priority to leverage thoughtful partnerships to promote STEM initiatives amongst the next generation of female leaders as part of the HARMAN Women Network (HWN) – a voluntary business resource group open to all employees.

To spotlight and financially support young women interested in careers in technology, HARMAN collaborated with the 1,000 Dreams Fund, a national scholarship program, in creating an online/mobile challenge called the"#NewFaceofTech." Initiated on International Women's Day, March 8, the five-week campaign searched the country for the next generation of female scientists, engineers and tech leaders. Concluding the campaign, two final winners received $3,000 each towards their career goals, along with the opportunity to gain career advice from a female HARMAN executive.By partnering with the 1,000 Dreams Fund, HARMAN's goal was to encourage and provide a financial kick start to young female students interested in technology and pursuing big dreams within STEM related fields.

With an overarching goal to help young women establish careers in STEM, HARMAN and the 1,000 Dreams Fund knew there was no better way to engage the next generation than through a mobile campaign. Young female STEM leaders-to-be, from ages 18-25, were invited to share their snapchat-like photo entry through the custom online platform hosted by 1,000 Dreams Fund. Entrants were asked to share what area of STEM they find most inspiring, and what impact they hope to make in their respective fields once they enter the workforce. Each week, two to three entrants were selected as finalists by HARMAN and 1,000 Dreams Fund teams, resulting in 11 total finalists that moved on to a final week-long public vote on the #NewFaceofTech landing page. To help improve their chances, finalists were encouraged to share the contest via their own personal social media channels.

To ensure the campaign reached its fullest potential, HARMAN and the 1,000 Dreams Fund both implemented promotional strategies across Facebook, Twitter, LinkedIn and Instagram. Social posts raised awareness around the #NewFaceCampaign hashtag, encouraging young females to participate to enter the chance of receiving $3,000 towards their career goals along with the opportunity to gain career advice from a female HARMAN executive.

In addition to social media, HARMAN drove engagement externally through strategic marketing and PR, including email and press release announcements. HARMAN also drove awareness to its employee base through their intranet blog, mobile app and email.

The mobile campaign received a total of 125 inspirational responses from the next generation of female leaders, describing why they are the #NewFaceofTech. A panel of judges from HARMAN and the 1,000 Dreams Fund reviewed the submissions, and were so impressed with the responses that the team selected eleven finalists instead of the planned ten. Following the announcement of finalists, HARMAN asked voters to select their favorite. After the public vote, HARMAN named two winners, granting them each $3,000 towards their career goals, along with the opportunity to gain career advice from a female HARMAN executive. All eleven finalist received a pair of JBL E45BT headphones as a courtesy of HARMAN.

Overall, the campaign was a great success, creating brand awareness for HARMAN among the next generation of female STEM leaders, positioned HARMAN as a diversity leader and promoted diversity broadly within STEM related fields. 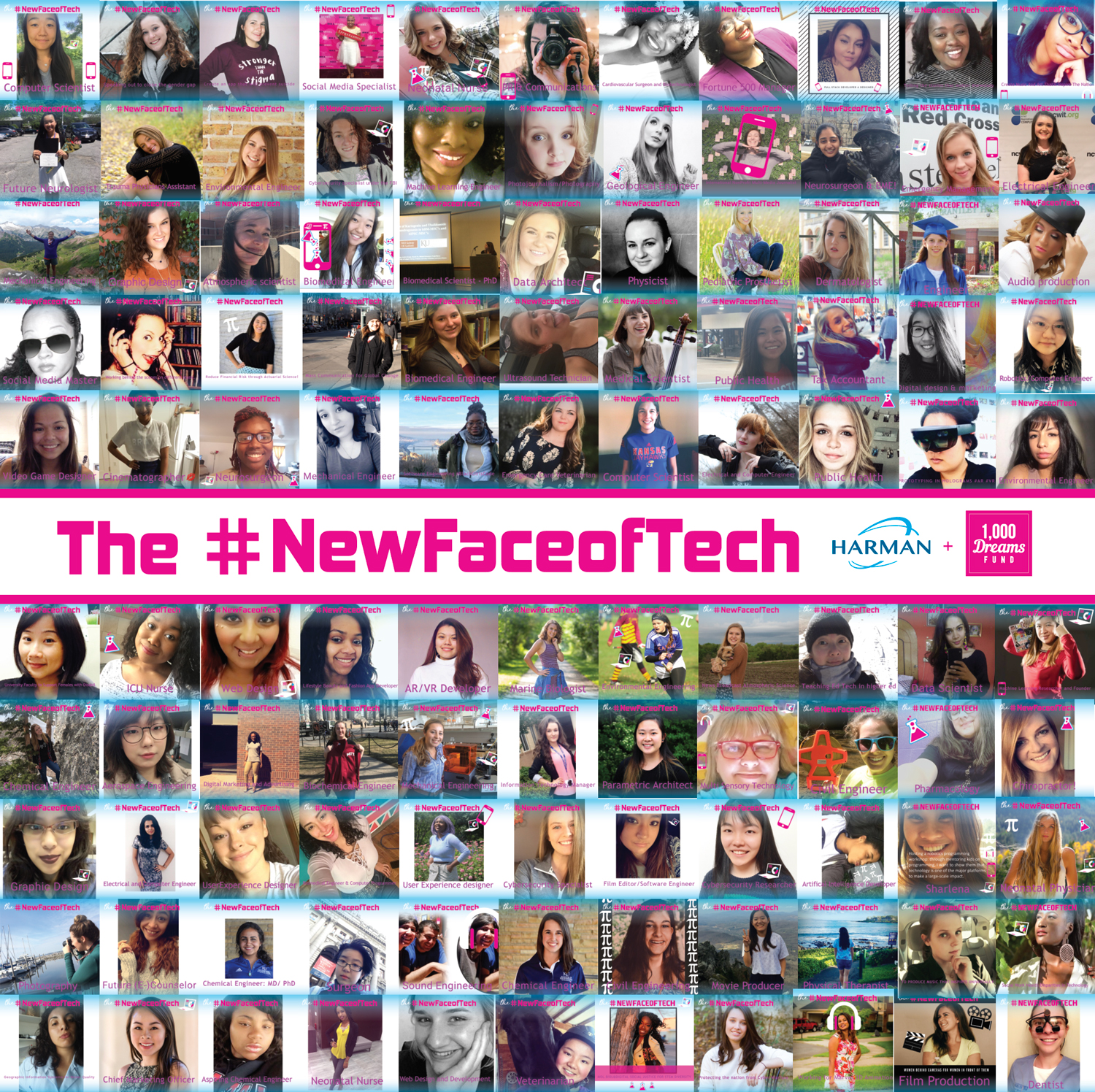