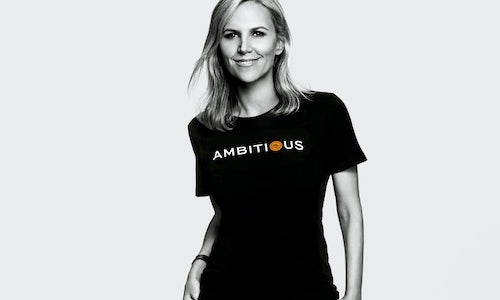 The Tory Burch Foundation's #EmbraceAmbition campaign is providing a platform for people to proudly share their ambition and ensure that ambition is no longer perceived as a negative for women and girls.

The campaign was inspired by Tory Burch's personal experience as a woman and an entrepreneur. In 2004, a reporter asked Tory if she was "ambitious". His question made her uncomfortable. After the interview a friend of hers called and said, "I really liked the article but you shied away from the word ambition." Tory realized that she had bought into the stereotype that women shouldn't admit to being ambitious. Additionally, through the Tory Burch Foundation's work with women entrepreneurs, we discovered that women often try to appear less ambitious while pitching or at important meetings. It was clear something had to be done to change this harmful cultural stigma that is holding women back.

Leading research institutions also had similar findings about the stigmas around 'ambitious women'. These studies support our suspicion that culturally, ambition is often lauded in men and criticized in women. We see staggering statistics about women's place at the table; only 4% of CEOs in Fortune 500 companies are women and, similarly, women hold less than 20% of board seats. Women make up about 19% of Congress and less than 10% of top national leaders.

#Embrace Ambition encouraged women to own their power, their drive and their dreams by combining an influencer driven video PSA, online pledge form, customized photo generator and exclusive turnkey content distributed through the Tory Burch Foundation's social and web platforms.

EmbraceAmbition.org hosted the video, along with an engaging user generated content (UGC) experience. Users who visited the site could create a custom photo filter with the 'word that defines their drive' and share on their social platforms and encourage others to do the same. The site also featured personal stories from people such as Melanie Whelan, CEO of SoulCycle chronicling her personal journey with ambition and Lilly Ledbetter the iconic equal pay activist for whom the first piece of legislation former President Barack Obama signed into law was named. Additionally, the Tory Burch Foundation created a downloadable 'Ambition Guidebook' to help women (and men!) articulate their dreams and create an actionable plan to bring their goals and ambitions to life.

The Foundation collaborated with brands like SoulCycle to host activations in support of the campaign. SoulCycle hosted ambition rides in 6 major markets around the U.S. featuring women's empowerment playlists, in-studio signage, and asked riders to take the pledge to #EmbraceAmbition (and surprised the Tory Burch Foundation by donating proceeds from the rides to the Foundation's work to empower women entrepreneurs). Female founded, Georgetown Cupcakes surprised customers with #EmbraceAmbition cupcakes in their store locations and asked them to participate by taking the pledge and enjoying the free sweet treats!

With visitors from 98% of the world's countries and participation from over 11,000 cities, the global reach of #EmbraceAmbition was undeniable. A viral sensation trending on Twitter in #NYC and #LA, #EmbraceAmbition started positive conversations about ambition and activated large populations of men and women to share their stories: "This movement changed my life!" @JackieJones.2020; "Feel stronger just by watching!" @Ritcheybhowe; "Someone once told me I was too ambitious. All I know is, ambition is the ONLY thing keeping me alive." @Barkha.kathak and "Thank you for this beautiful message. As a father, I can't thank you enough!" @lordmaizer.

With over 500 press placements in publications such as, The New York Times, FastCompany, Vogue, Refinery29, and CBS This Morning, the campaign secured 1.84B press impressions. All of the coverage reinforced the positive community response: "Tory Burch pushes for gender equality."; "Hillary Clinton agrees: Tory Burch's 'Embrace Ambition' PSA is Powerful as Hell." 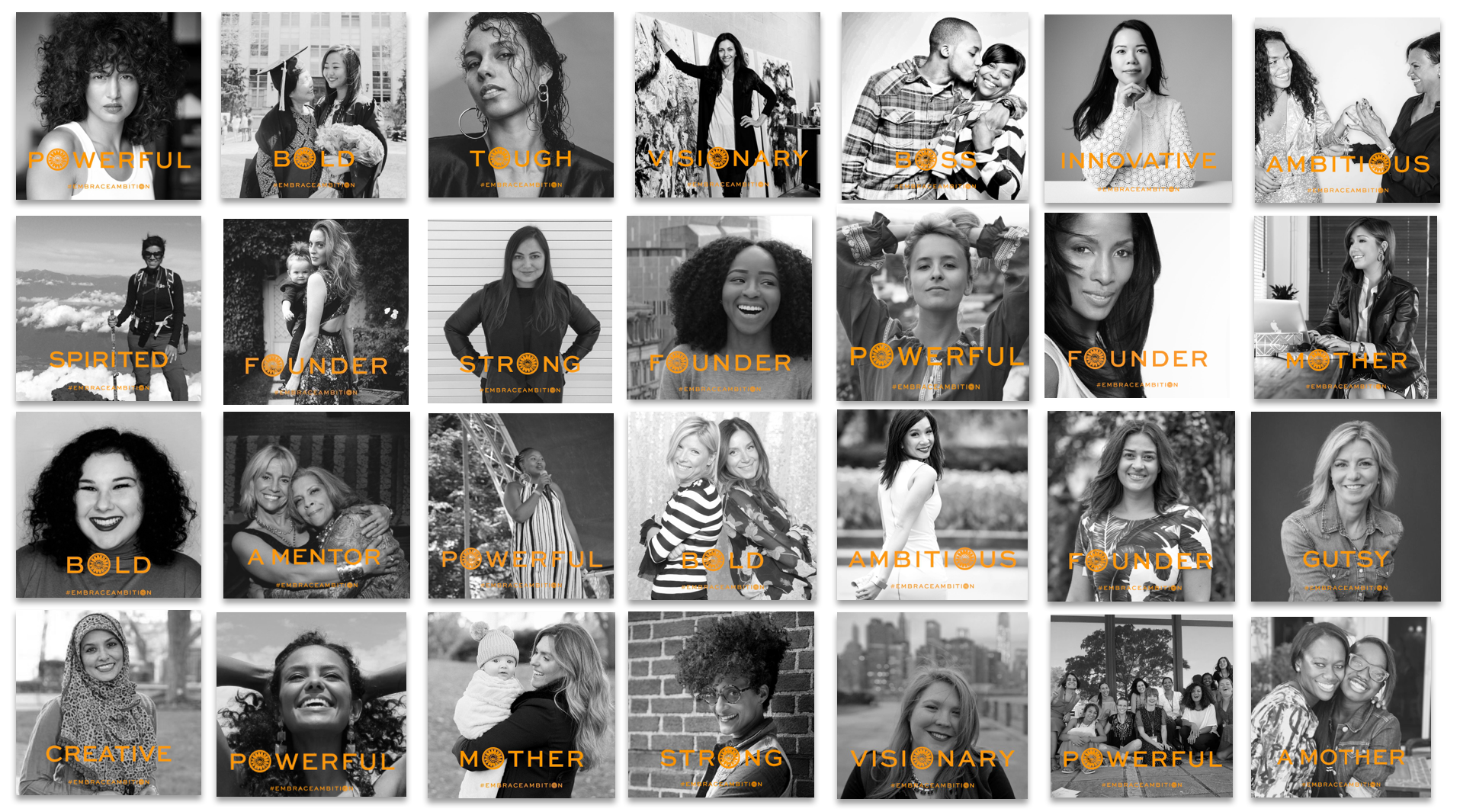 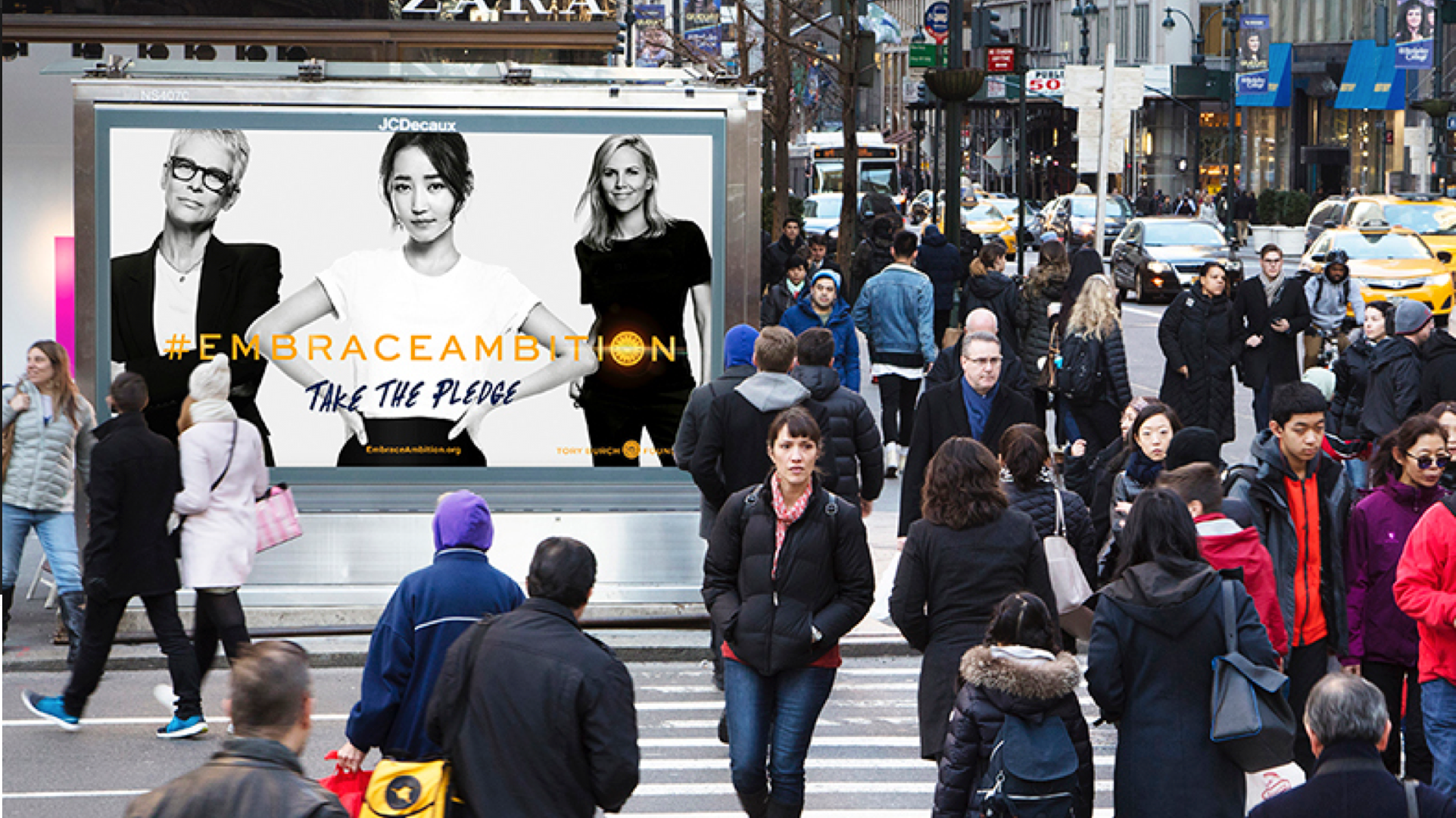