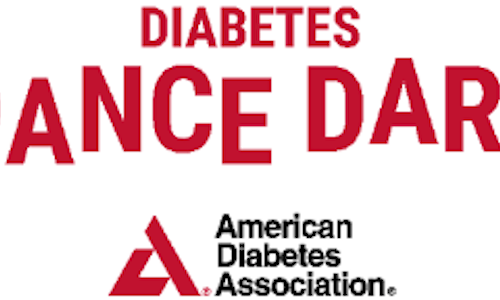 This campaign would include high-profile celebrities and influencers participating in a "Dance or Donate" call to action via social media. All of the influencers we asked to participate in the #DiabetesDanceDare were pro bono and had authentic connections to the American Diabetes Association and/or diabetes, such as having diabetes or a family member with diabetes.

-Increase brand awareness and visibility of the American Diabetes Association.

-Energize the local and regional chapters of the American Diabetes Association.

The campaign ran from September through December of 2016. This was to lead into November, which is Diabetes Awareness Month and Giving Tuesday, two large donations periods for the American Diabetes Association.

After discussing the goals that the Association had in mind, we research hundreds of influencers and celebrities with authentic connections to the Association and their mission. This included actors, musicians, athletes, dancers, health bloggers, chefs, YouTube celebrities, dancers and more. The Association also has a strong relationship with the NFL and select other influencers, which we use throughout the campaign. Over 70 influencers participated including Shaquille O'Neal, Mark Cuban, Camila Cabello, Lance Bass, Kelly Clarkson, Sam Acho (Chicago Bears), Keke Palmer, Usher, The Blind Boys of Alabama, Vicky Jeudy (Orange is the New Black) and more.

We reached out to several of these individuals well in advance of the "kick-off" to secure their participation. We constructed a strategic calendar for participants that created the architecture for the viral build of the campaign. Ultimately, the campaign became so successful that we no longer needed the structure we built because the campaign grew organically.

We provided social media messaging to each influencer that we secured. The messaging provided was customized to each celebrity and offered key points (hashtag, handles, calls to action) so that messaging could be customized to his/her personal brand.

The campaign peaked with the participation of Kelly Clarkson via Twitter. Her video included her young daughter River. Their participation sparked original coverage by outlets such as The TODAY Show, Billboard, Entertainment Weekly and The Huffington Post.

Dare 3+ friends to do the same

Donate to the American Diabetes Association

"All across America, people have been dancing to spread the word to stop diabetes. Take our dare to donate and help support our life-saving fundraising efforts."

"Donate To Make A Difference"