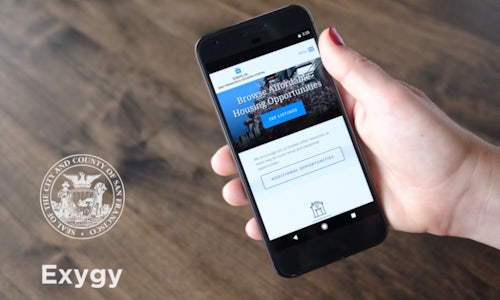 The City of San Francisco partnered with Exygy to design an intuitive, transparent online experience to find and apply for affordable housing. The DAHLIA San Francisco Housing Portal reimagines the process of searching and applying for housing, making it easier for low to middle income folks to rent below market rate units in the City. We created an online application process that previously did not exist, reduced application time from several days to just 15-20 minutes, and produced an 85% digital adoption rate.

Before DAHLIA, applicants were unable to find a central source of affordable housing listings and application information. The paper applications for each listing were inconsistent and lengthy (up to 20 pages), requiring pages of supporting documentation. Applicants had to pick up and drop off applications in person, often facing long lines on due dates. Before applying, applicants were unable to check their eligibility for a listing, so they would waste time applying to housing they were not qualified for. Applicants were also left with little information on the post-application selection process. Overall, a lack of comprehensive applicant data, applicant housing needs, and a opaque processes made it harder for the city to make informed policy and program decisions to improve the housing experience.

Applicants now arrive at DAHLIA's homepage and immediately see a comprehensive list of available units with application instructions. We believe DAHLIA demonstrates government's potential to be one of the most user centric organizations in the world.

Designing With, Not For

Affordable housing applicants and counselors in San Francisco represent a diverse set of users with a wide range of needs. We put these users front-and-center in the design process and tested with them biweekly over two years. Testing is a common practice in the private sector, but government is extremely new to human centered design. The City team embraced these design principles and recruited a representative variety of users: veterans, seniors, homeless individuals, visually impaired individuals, bilingual housing counselors, and more.

The alpha version launched in three months, which is transformative for government. Government products typically see long build cycles, where vendors go away for several years and return with a finished product that often does not meet the user's needs. We launched a minimum viable product that met a single need first: the ability to list one type of rental listing. Launching the site quickly allowed us to get immediate feedback on the listing format and iterate before adding more features. Over two years, we layered on the ability to apply to listings, expanded the types of listings, and created accounts for users to manage their draft and submitted applications.

Our alpha release included a complete re-design of a housing listing page. Previously, the City posted listings in a lengthy HTML tables that were difficult to read. Our listings used a storytelling format, with intentional informational hierarchy to organize and surface the most relevant information for applicants, namely eligibility criteria. DAHLIA went on to produce a short, digital housing application, which every listing now uses. We worked closely with leasing agents to reduce the application, and to make each question simpler and written in conversational language. This standard application makes the process extremely predictable and straightforward.

DAHLIA meets and exceeds Section 508 accessibility standards, ensuring visually impaired users can easily navigate the site. By testing with these screen reader users, we learned that checkboxes and radio buttons from the US Web Design Standards could not be selected in VoiceOver for iOS. We redesigned those elements to work with iOS and reported the issue. Our fix was merged into the US Web Design Standards, contributing back to the wider accessibility guidelines for civic technology.

We built a visual design system for the City that can be scaled to future digital products. DAHLIA builds trust with the user through consistent patterns and supports a "no dead ends" policy, addressing the frequent dead ends citizens often face when dealing with government services. Our style guide forms the basis of a pattern library that is used throughout the product. These designs are responsive, allowing users to also have a mobile friendly experience. Both our pattern library and code are open source, paving the way for other cities to make use of our work.

The DAHLIA San Francisco Housing Portal democratizes and drastically improves the process of searching and applying for affordable housing. Our goal was to transform the applicant journey so that the stressful process of finding an affordable home became easier. As of today, we've had 230,000+ citizens use the platform since its alpha launch in February 2016. More than 29,000 citizens have applied through the site since online applications were made available in November 2016. When online applications are available for a listing, 85% of applicants apply online versus on paper.

Housing listings now tell a visual story, using illustrations and non-jargon language to walk the applicant through the process. Lottery preferences and eligibility criteria are clearly spelled out before applying, focusing on those details that allow applicants to identify a valuable opportunity at a glance. On the backend, City staff are now able to run housing lotteries digitally, manage and store submissions in one database, and flag duplicate applications through the system.

DAHLIA has started to give the City insight into the types of users searching for affordable housing. This critical data can help inform the Mayor's Office of Housing and Community Development's policies and programs in the future to better serve citizens. Exygy envisions a world where effective government digital products like DAHLIA can actually help, in turn, improve the efficacy government services throughout the country. 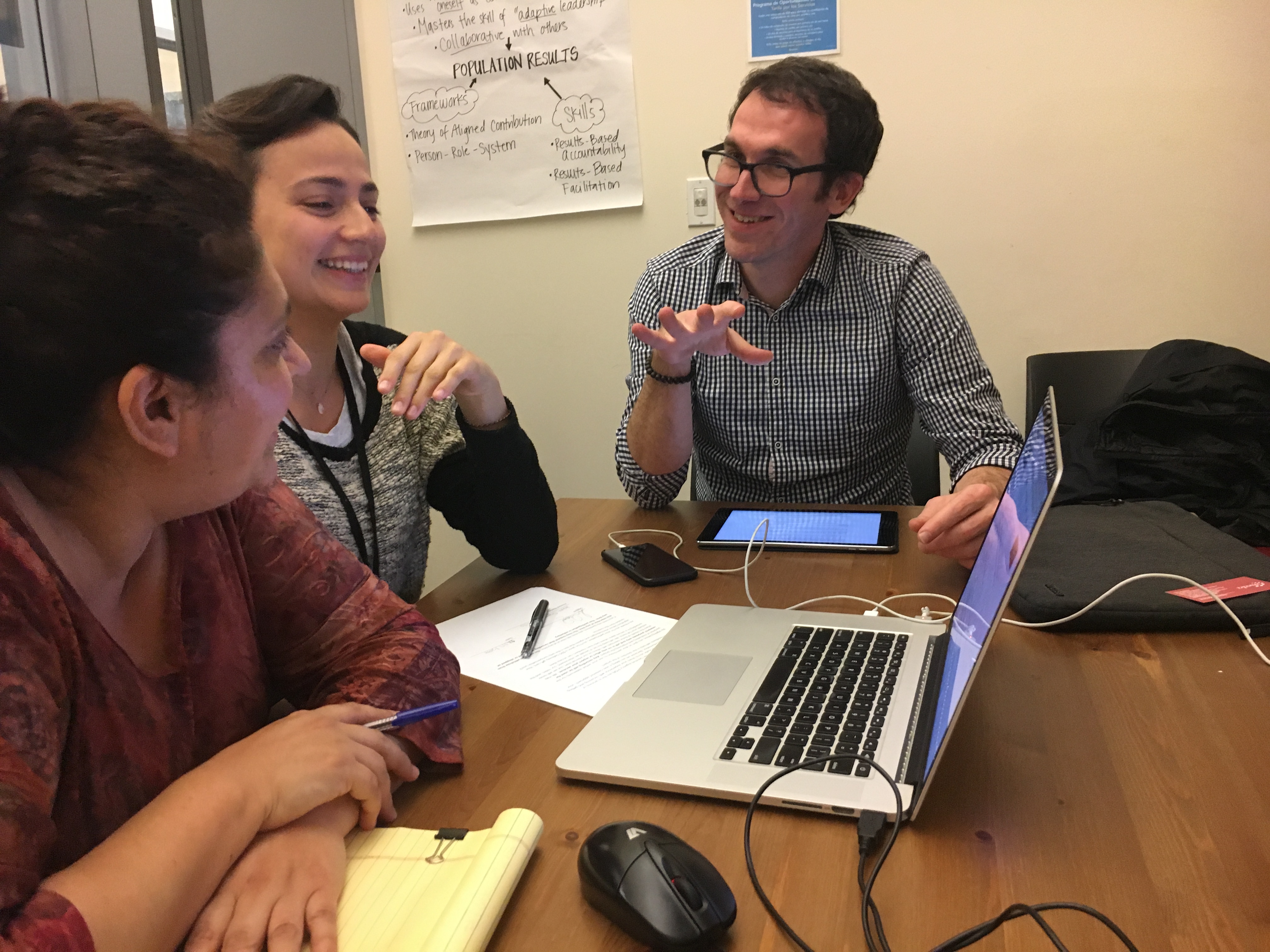 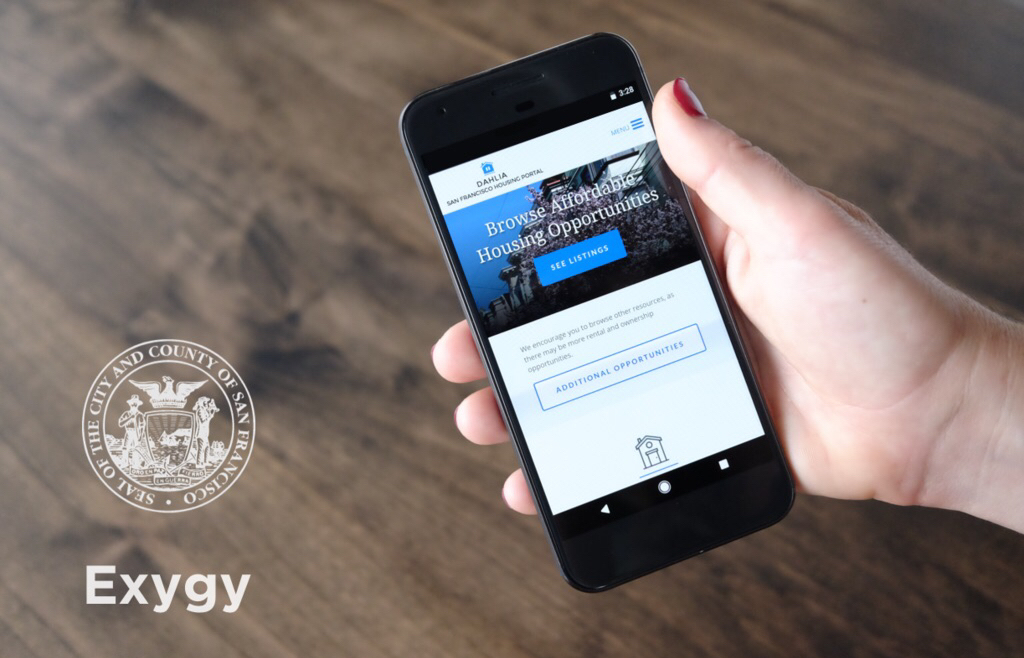 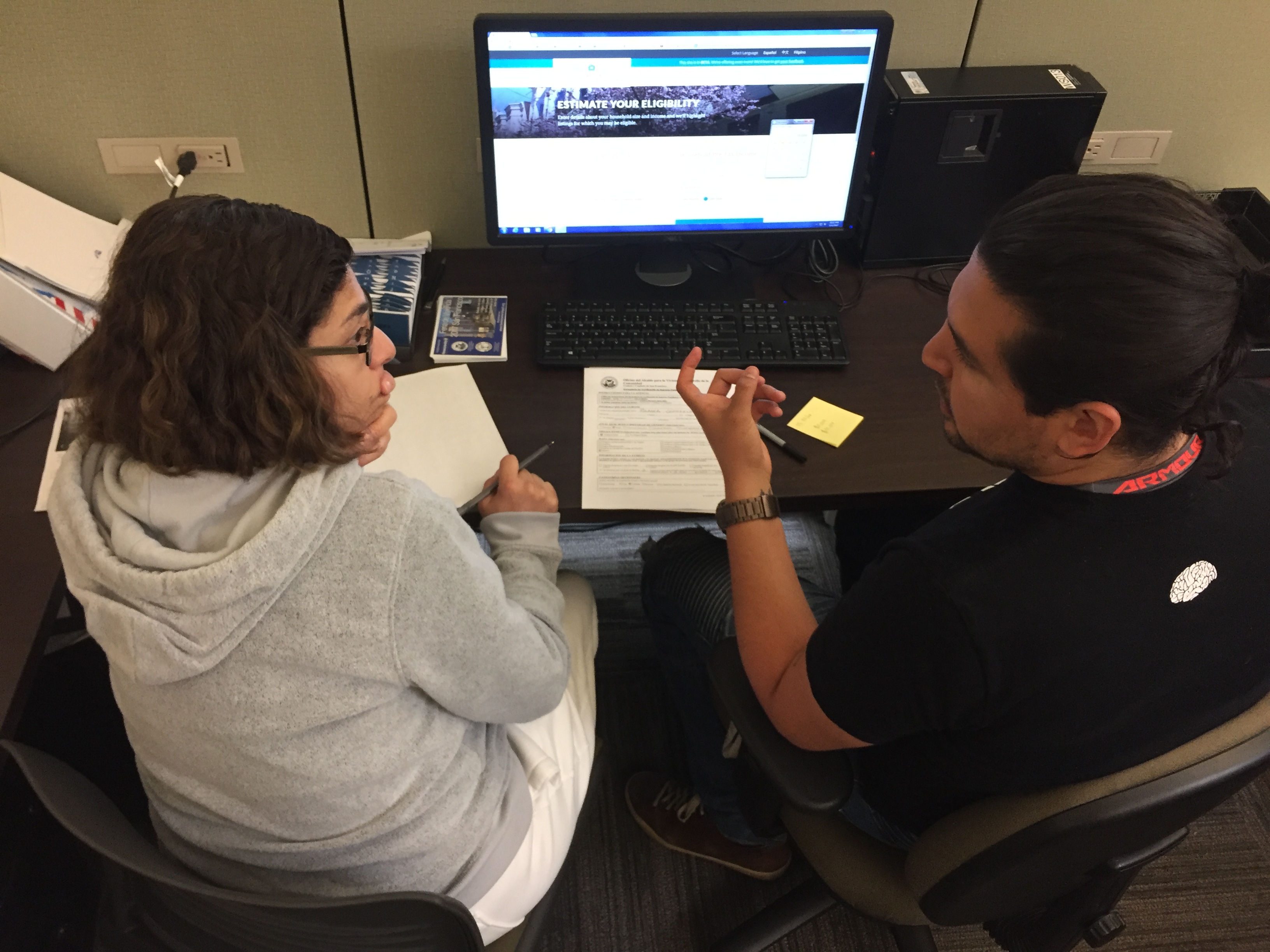 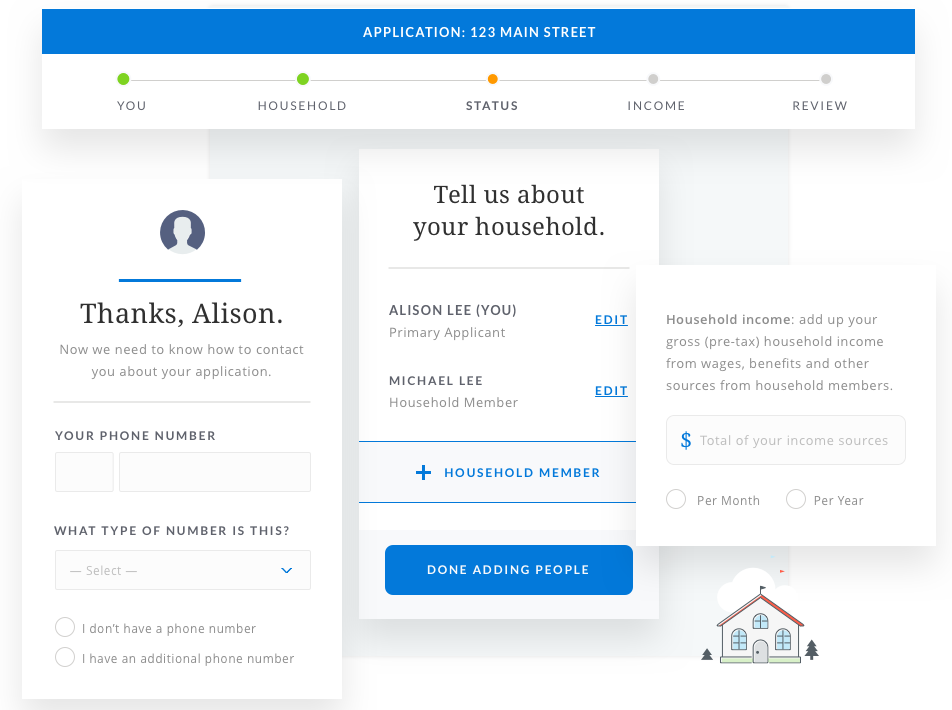