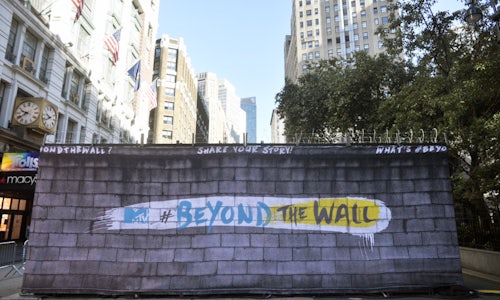 Throughout the last Presidential election season, walls were recurring points of conversation, whether it was a wall on the border between Mexico and the U.S. or the walls that have been built between communities. Walls are powerful symbols of power and division and breaking down those walls can be even more powerful.

MTV wanted to ask its audience: What kind of country do you want to live in? One that builds walls or breaks them down? The aim of "Beyond the Wall" was to create a conversation on social media around these questions using the physical (and web) presence of a wall.

To showcase stories of artists, activists and young people on immigration, identity and diversity in America, MTV unveiled "Beyond the Wall," a 10 x 35 foot interactive video installation in New York's Herald Square on October 10th, 2016 – which also marked Indigenous People's Day. This physical representation of a wall served as the centerpiece of the "Beyond the Wall" campaign, which included videos of celebrities such as Diane Guerrero from "Orange is the New Black", talking about immigration and opportunities for viewers to share their stories.

For those who were not able to make it to the physical space, "Elect This" built out gobeyondthewall.org, a page on the "Elect This" website designed to mimic the function of the physical wall in Herald Square. Users were able to interact with the bricks on the wall, pulling them down to reveal stories of diversity and immigration.

MTV knew it would be important to partner with various organizations that work on issues of immigration, identity, and diversity in America to support #BeyondtheWall on social media. Asian Americans Advancing Justice (AAJC) recorded stories for "Beyond the Wall" at their Youth Leadership Summit and shared these to social media during the day of the installation. Define American utilized #BeyondtheWall hashtag on the day of the installation, and also throughout their coverage of the Presidential Debate later in the week. South Asian Americans Leading Together (SAALT) visited the physical wall and pushed out content utilizing the #BeyondtheWall hashtag.

On Snapchat, photos tagged by users visiting the wall with the "Beyond the Wall" filter were viewed over 1 million times.

Gobeyondthewall.org was selected by AdAge's creativity site as an editor's pick.

Over 54,000 users on Facebook viewed the Huffington Post's live stream from the wall.

A photo of actress Dascha Polanco visiting the wall was liked almost 28,000 times on Instagram.

Over 8,000 users on Facebook viewed the live MTV News hit from the wall

Video for Beyond the Wall 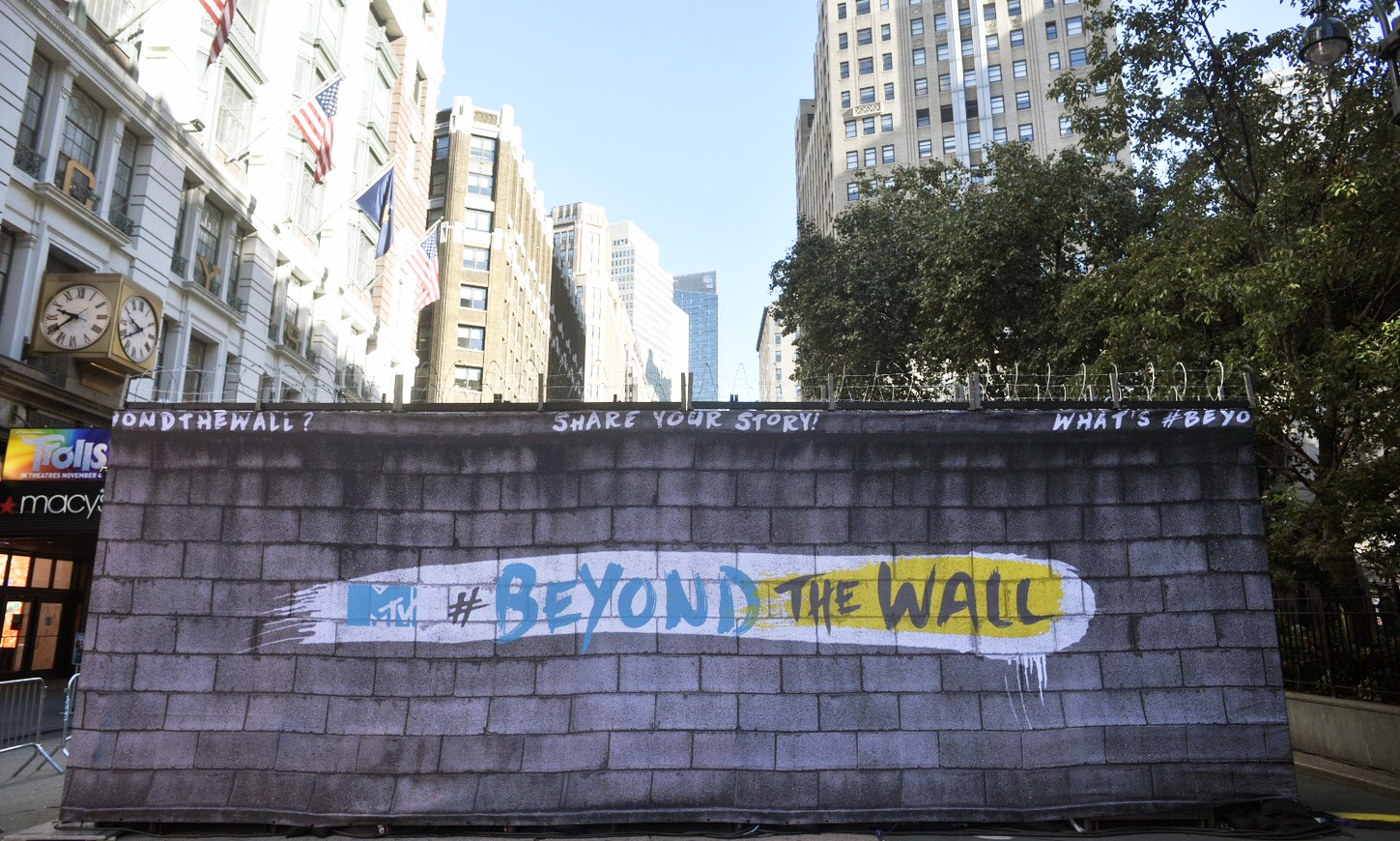 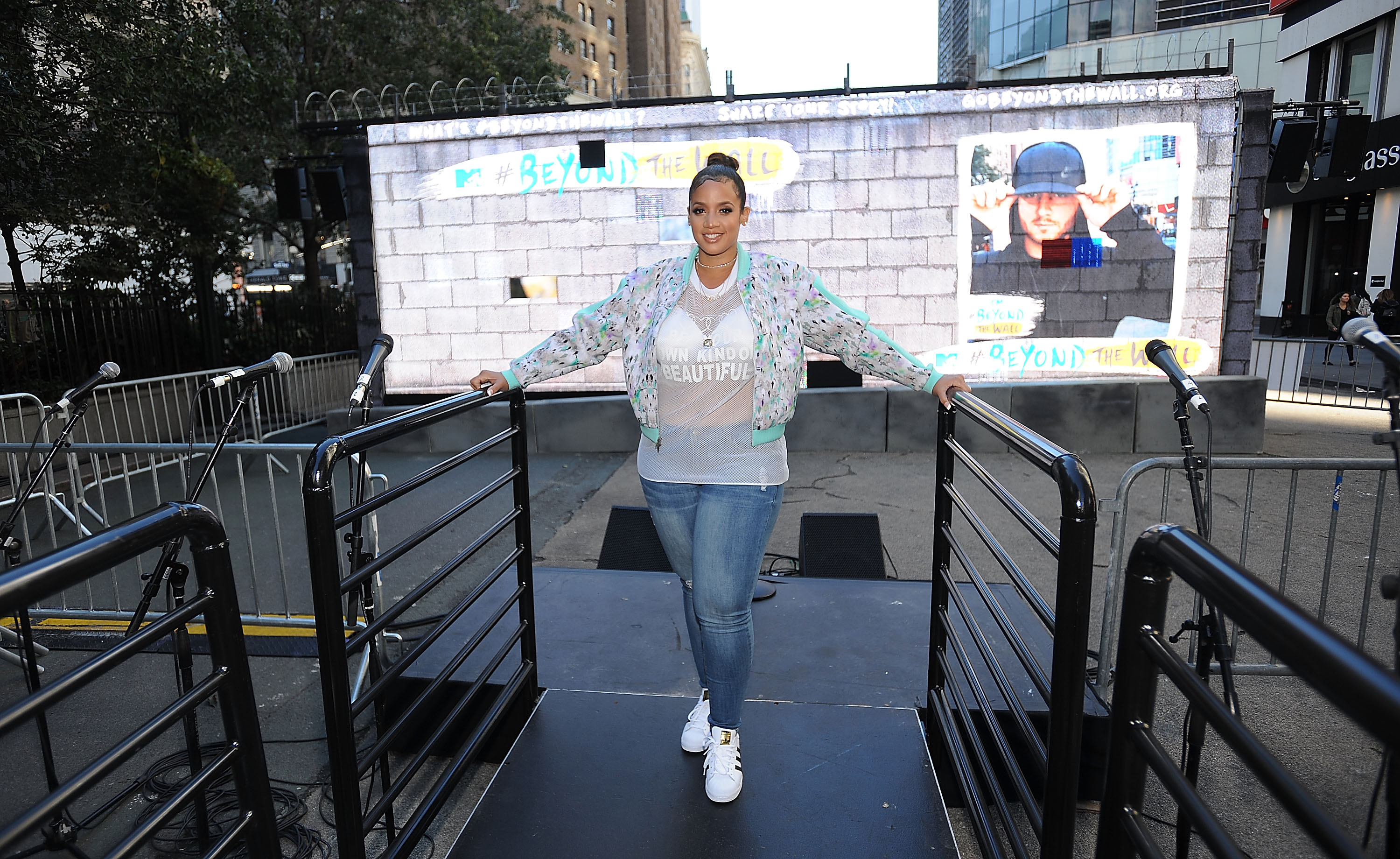 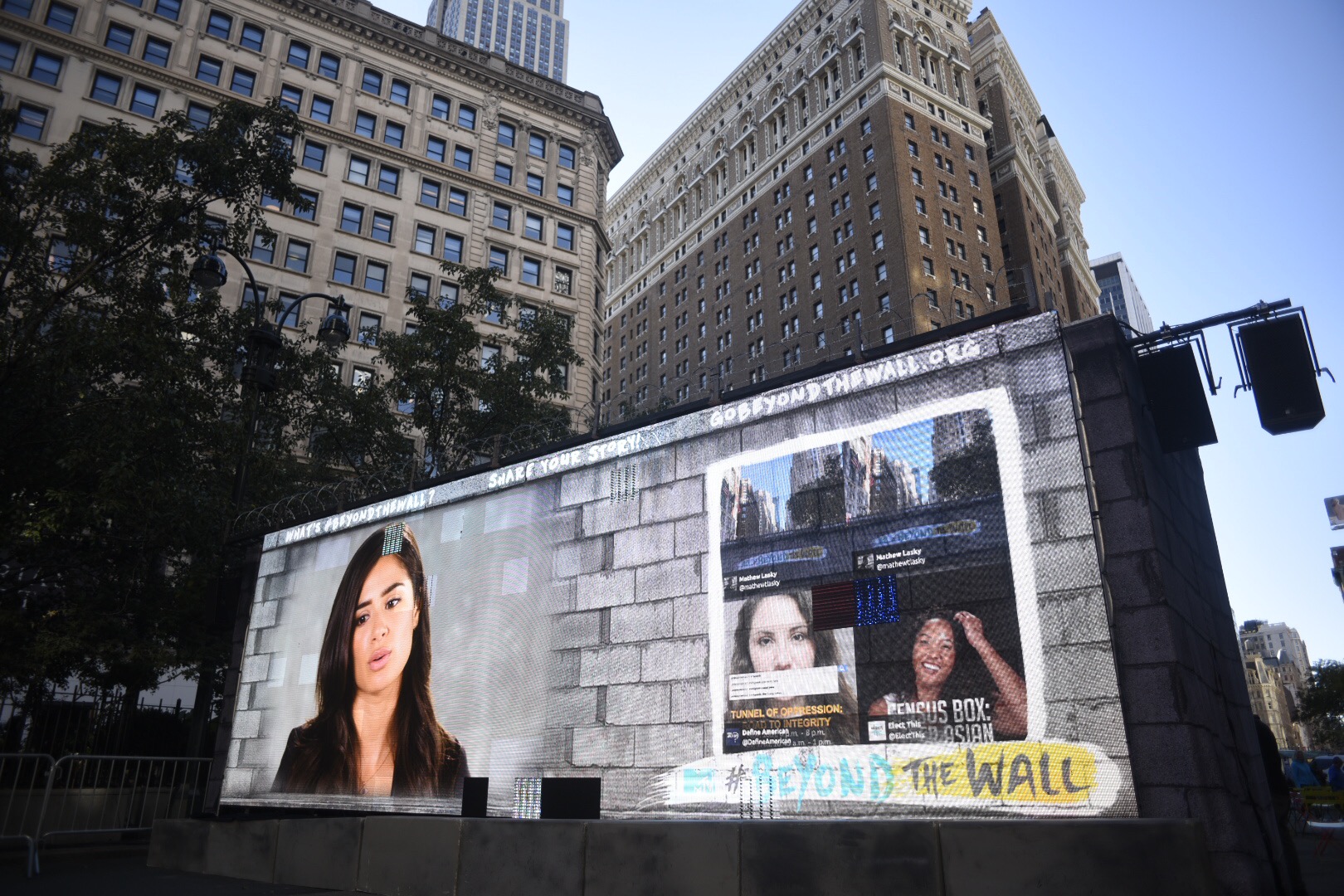