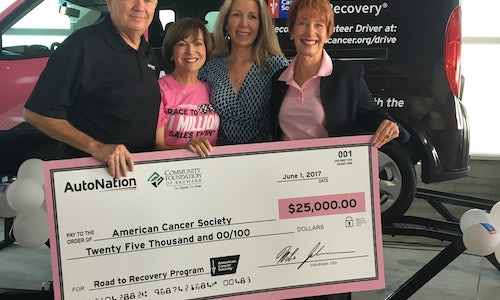 Recognizing the impact that cancer has on its customers and associates, in 2013, AutoNation focused all charitable efforts to support cancer-related organizations. Today, AutoNation has committed and raised nearly $11 million to fight cancer in communities coast to coast. Recently AutoNation was named one of the country's top 100 Corporate Citizens by Forbes Magazine and Just Capital due to its commitment to community well-being and its fight against cancer.

With a theme to "Think Global, Act Local," AutoNation focused on localizing its donation efforts by providing brand new passenger and cargo vans to three cancer-related organizations in Tampa, Florida; Denver, Colorado; and Las Vegas, Nevada with a culminating van donation celebration for the American Cancer Society in south Florida. The van donations have provided the opportunity for each cancer organization to transport cancer patients to and from their medical appointments, facilitate furniture pick-ups and food deliveries for patients living in their cancer centers.

The donations did not stop there. To celebrate selling 11 million vehicles, AutoNation targeted 11 local markets across the United States and surprised 11 customers with keys to a brand new vehicle, payment free.

AutoNation celebrated this historic milestone of selling 11 Million vehicles and raising $11 Million to help fight cancer with van donations to the Moffitt Cancer Center in Tampa, the Nevada Children's Cancer Foundation in Las Vegas and Brent's Place in Denver. In 11 markets from coast to coast, AutoNation surprised 11 customers by ripping up their contracts and handing them the keys to their vehicles, payment free. As a culmination to the celebration of the company's historic milestone, AutoNation donated a ProMaster van to the American Cancer Society's Road to Recovery program.

Implementation and key features consisted of:

During this season of vehicle donations, AutoNation's social coverage presented the following results, highlighting the success of each event:

Through its Drive Pink initiative, AutoNation is committed to drive out cancer, create awareness and support critical research. AutoNation continues to be a proud supporter of the Breast Cancer Research Foundation and other cancer-related charities. 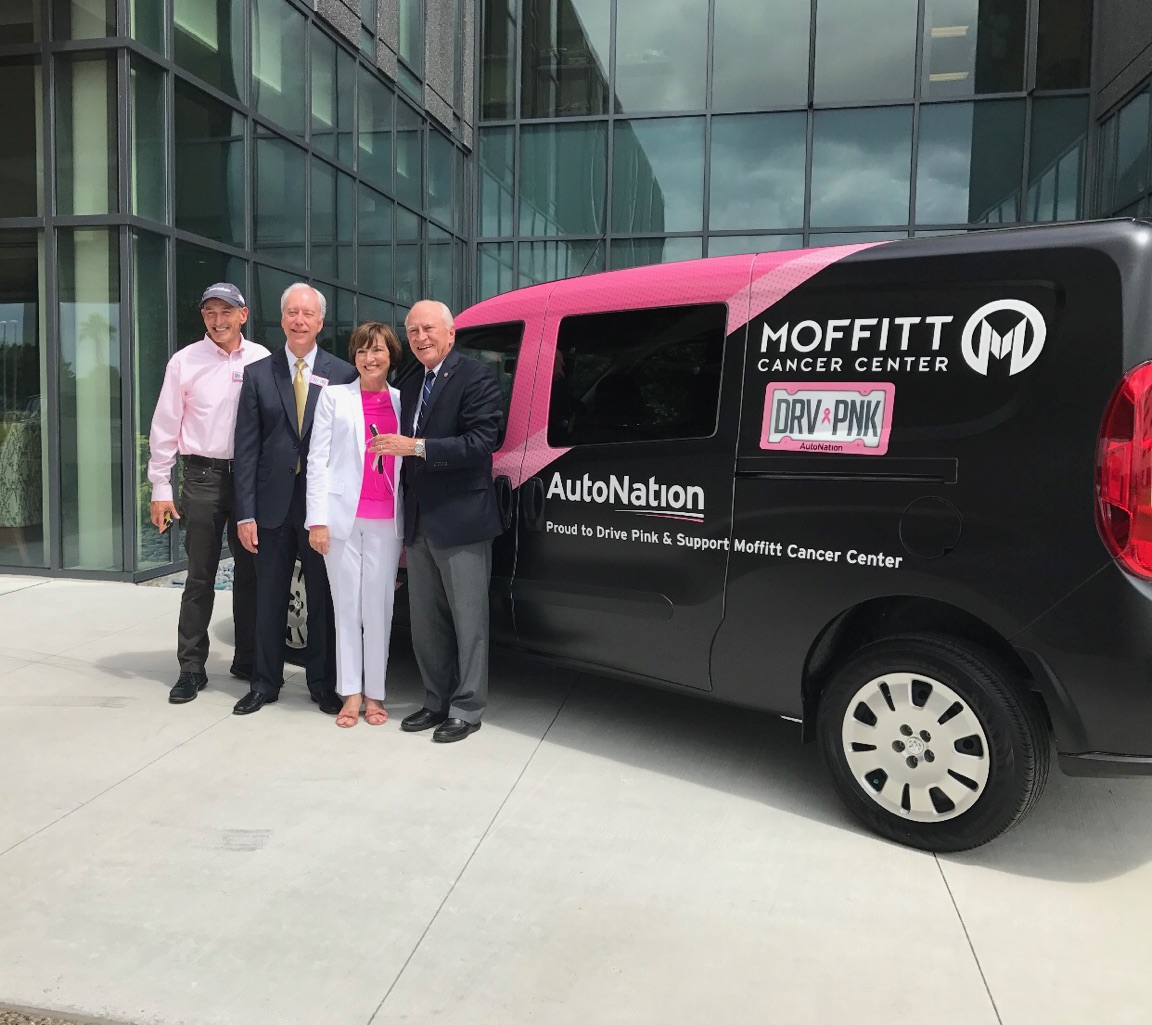 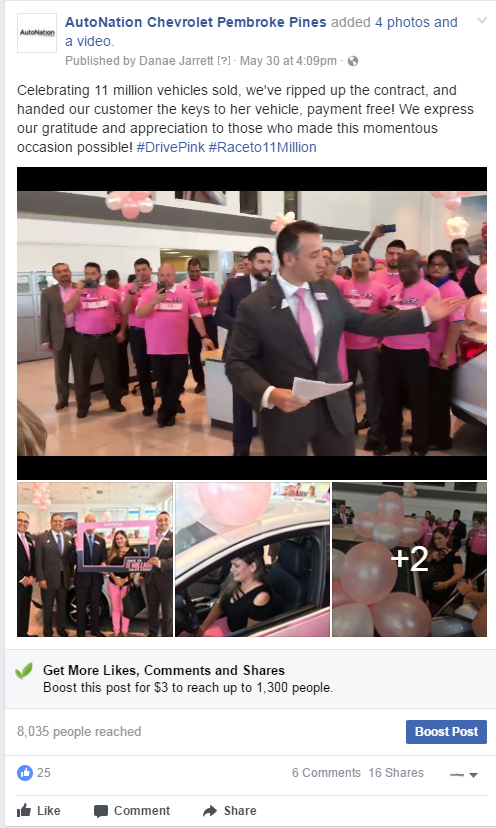