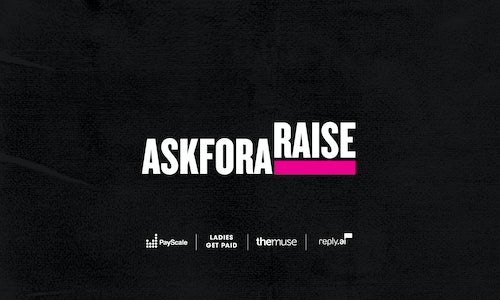 Ask For A Raise

Women do just as much in the workplace, but still make less than men on average. Overall, women make .80 cents for every dollar a white man makes, while Latina and black women, respectively, make .54 and .63 cents (in the US). The Muse, a career building website, while looking into ways to fight this situation, stumbled upon an insight from a study by the Cass Business School in London, the University of Warwick in the U.K., and the University of Wisconsin which revealed that women are 25% less likely to receive a raise. They then approached us with the task of helping women better prepare for this key moment in their careers: asking for a raise.

To help combat the wage gap, The Muse turned one of the world's fiercest female leaders and equal pay advocates - Cindy Gallop - into an innovative tool that helps women develop their salary bargaining skills: a Facebook Messenger Chatbot. Why? Because amongst the reasons why women are 25% less likely to receive a raise are the facts that women often don't know how to ask, when to ask, and how much to ask. Along with partners Ladies Get Paid, Reply.AI, and PayScale, we launched the Ask For A Raise Chatbot on April 4th, International Equal Pay day. It creates a private conversation on Facebook Messenger between two women backed by data and supported with sass. By building the confidence and the case ladies need to successfully ask for a raise, the Ask For A Raise Chatbot is giving female professionals, especially in advertising, the recognition they need to keep rising in the industry, further promoting diversity and equality in all workplaces.

The Ask For A Raise Chatbot's main intent was to create a tool that was so relevant and functional it would be picked up by the press and its story and intent broadly shared. It was: in the first seven days of the campaign we got over 110 million media impressions worth over $1 million in earned media. Mashable said this Facebook Messenger Chatbot is a girl's "new foul-mothed best friend"; Fortune loved the tips: "Best piece of advice: '… ask yourself what would a straight white guy do? Do that.'"; and Refinery29, a top tier publisher amongst young women, said the tool "will help you gain the confidence – and learn the right moves – to make all the bucks." Brand partners saw 5x the normal daily reach on social media and traffic to their site. But above all, in its first week alone, the Ask For A Raise Chatbot has interacted with over 100,000 users, 86% of them female between the ages of 18 and 44, our key target, with conversations lasting an average of 1 minute and 43 seconds! And from the myriad of tweets and posts from women referencing the Chatbot on social media, one made all of this worthwhile: Twitter user @CMwritesalot (Claire Mason) tweeted "… it got me to ask for my worth & the client paid! #winning". 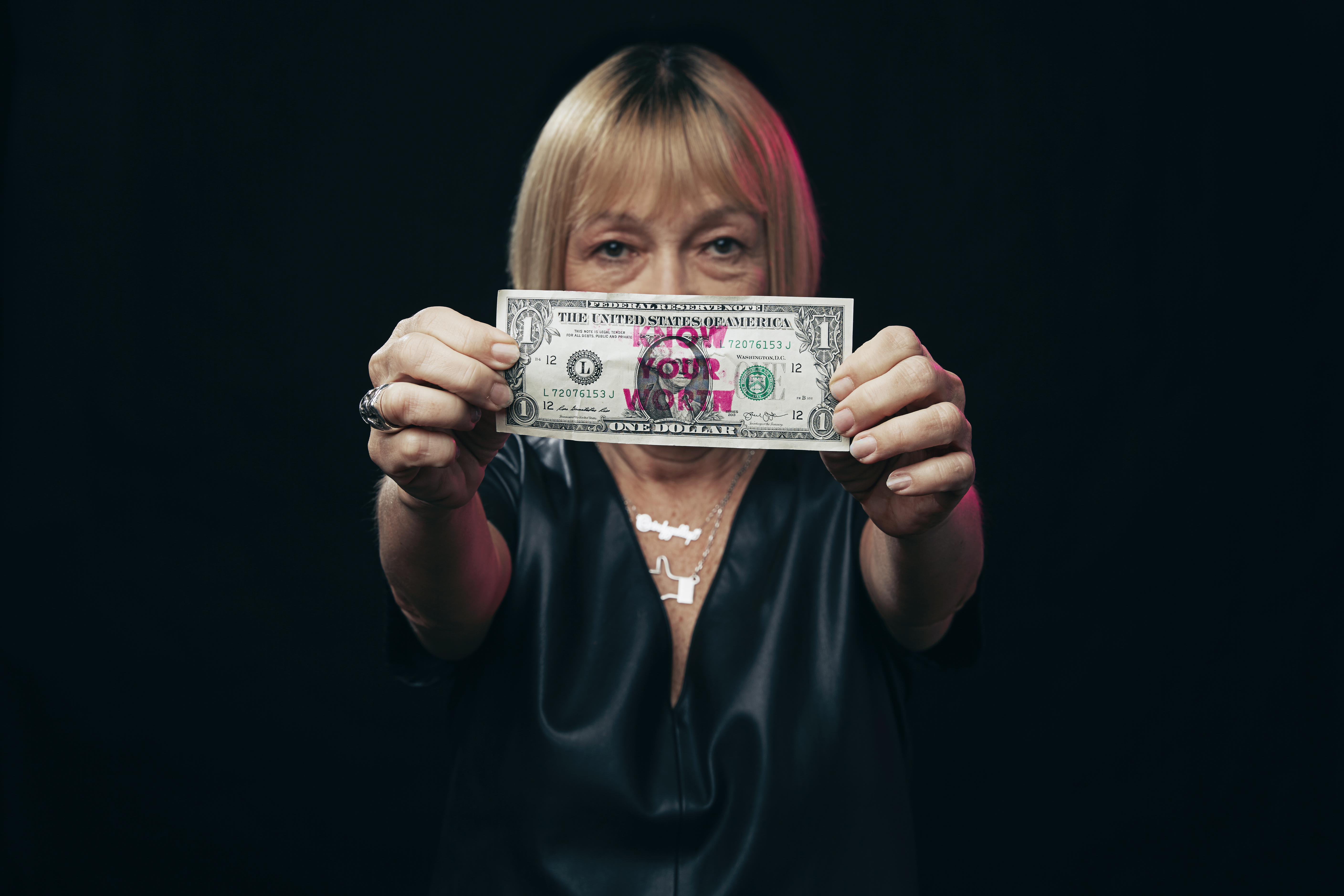 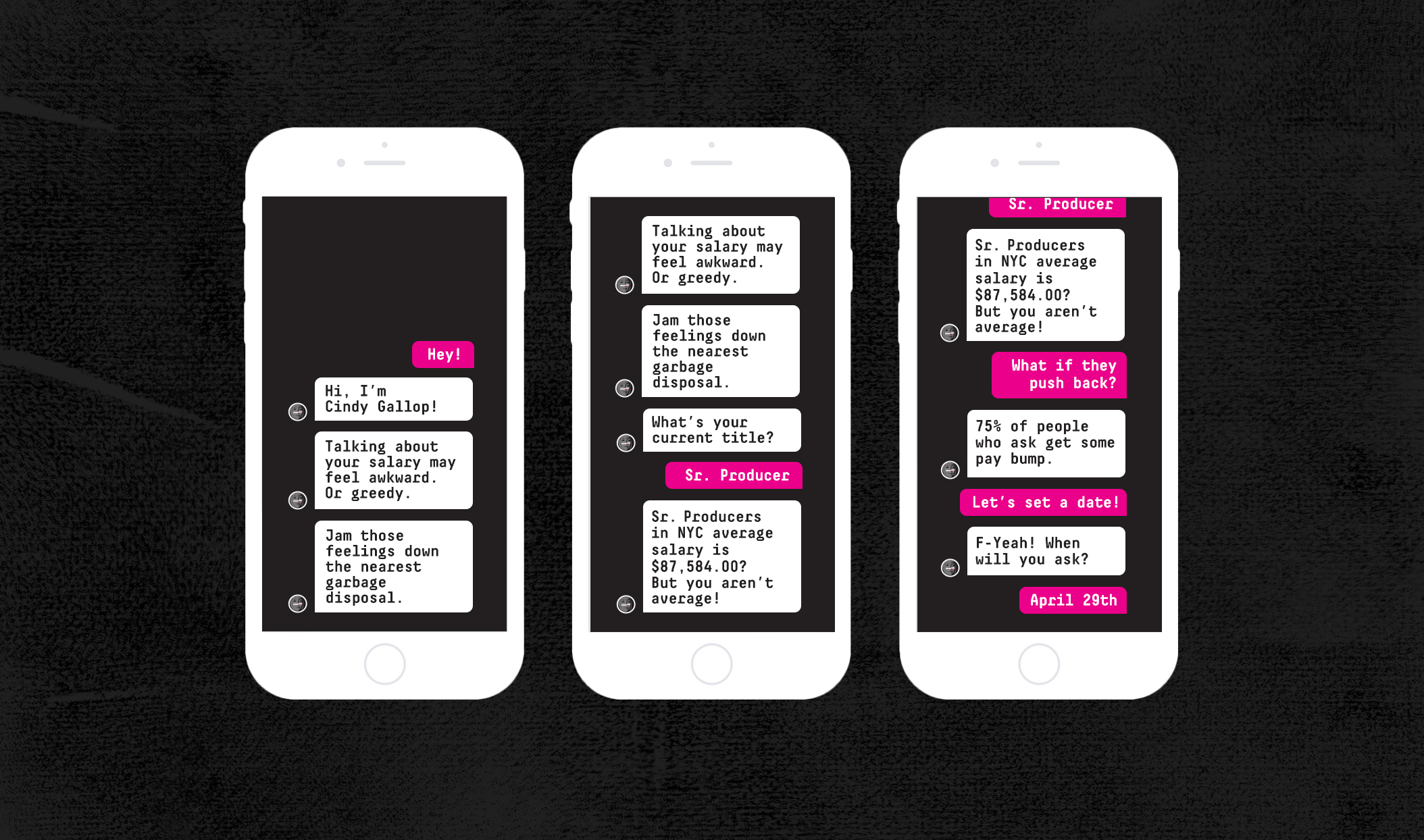 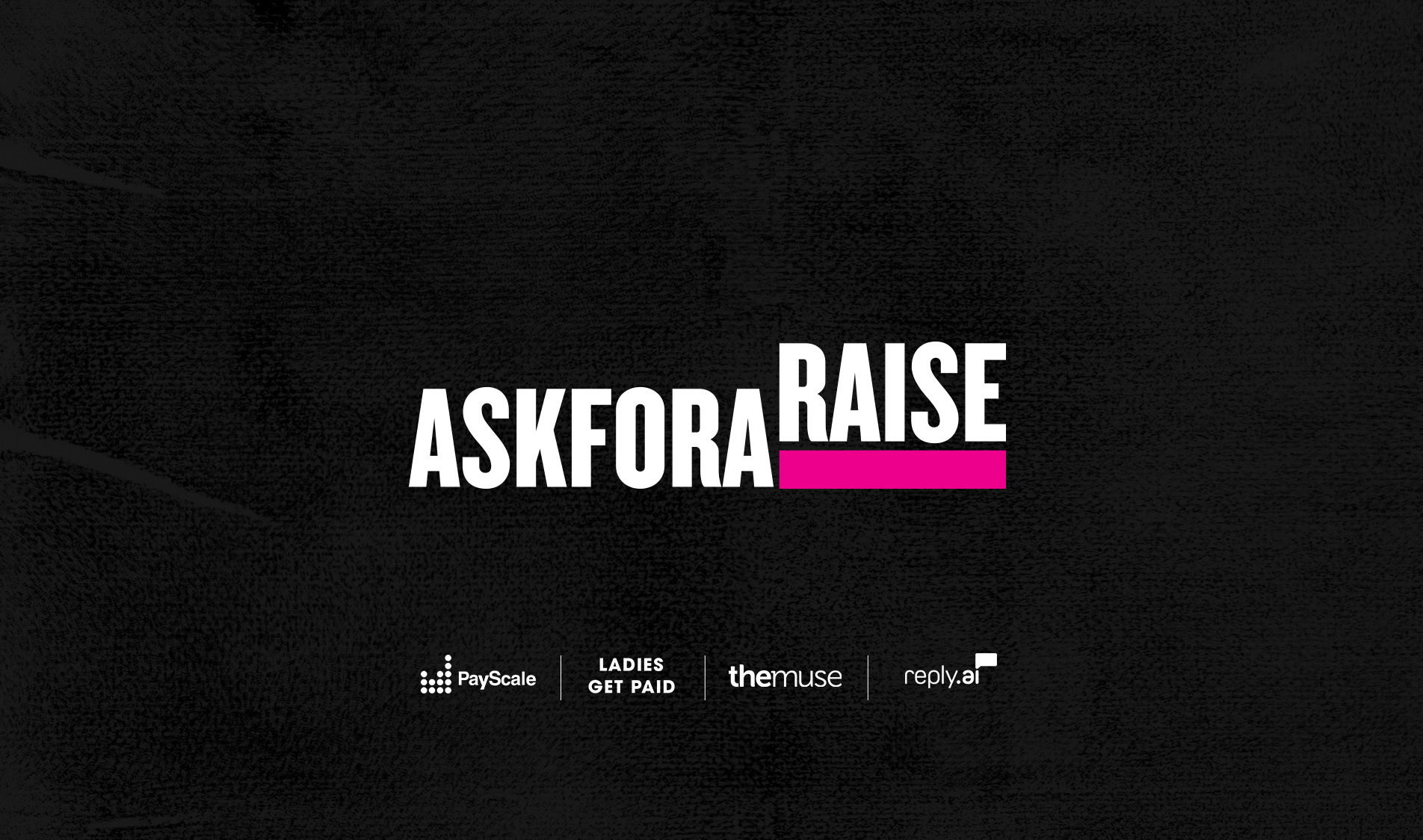