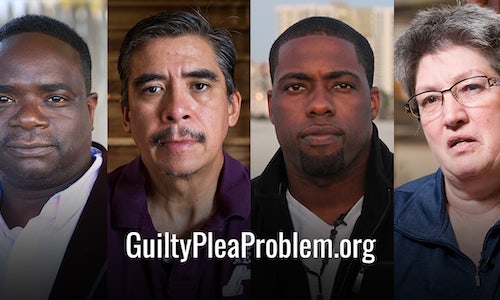 America's Guilty Plea Problem is one of the first, if not the the only, large-scale digital campaigns to expose the phenomenon of innocent people pleading guilty to crimes they did not commit. The goal of the campaign by The Innocence Project is to raise awareness through the heart-wrenching stories of exonerees Rodney Roberts, JoAnn Taylor, Chris Ochoa, and former NFL player Brian Banks, grow a grassroots movement to combat this problem, and begin a larger exploration of the issue with a long-term goal of finding solutions.

It's hard to believe that the criminal justice system in the United States is so flawed that numerous innocent people are convicted of crimes they didn't commit, and almost impossible to fathom that some of those innocent people actually agreed to plea bargains—reduced sentences in exchange for agreeing to a conviction. It makes no sense. Who would do that? Why?

Yet it happens. No one knows how often. More than 10% of the nation's 350 DNA exonerations involve people who pleaded guilty to serious crimes they didn't commit, and the National Registry of Exonerations has identified more than 360 cases of innocent people who pleaded guilty. It's time to recognize that something is very wrong. America's Guilty Plea Problem seeks to do just that: start a national conversation about the nation's criminal justice system has grown so large and so unconcerned with justice that innocent people willingly plead guilty to crimes they didn't commit.

To connect emotionally with the public, we had people who pled guilty to crimes they didn't commit and were later exonerated tell their stories on video and social media. Legal experts explained how flaws in the system allow these injustices to happen, and celebrities including Hill Harper and Tony Goldwyn added their voices to help us spread the word. A key component of the project was partnering with The Innocence Network, the affiliation of innocence organizations around the U.S., and other notable criminal justice organizations including the Vera Institute for Justice and and Equal Justice USA to help spread the message to their communities.

For the rollout plan, we treated the campaign like a movie premiere with a trailer video to spark interest and a splash page that counted down to the official launch. On social media, we used a sequential mini-series featuring different aspects of the campaign: introduction, statistics on the problem, personal stories, and attention to the release date of the campaign.

For the launch, we focused on one person's story each week, using their image, teaser video, and text highlights of the most compelling elements of their testimony to drive viewers to watch their full video testimony on Facebook.

For example, Taylor pleaded guilty to second degree murder to avoid the death penalty and was sentenced to 40 years in prison. A key moment from her interview that we spotlighted was when she explained what compelled her to plead guilty to a crime she didn't commit: "I was 26 years old. I wasn't ready to die."

To keep people engaged throughout each week, exonerees answered community questions and, in the case of Rodney Roberts, hosted a Facebook Live so people could directly engage with him and learn more about his journey through the criminal justice system.

After four weeks of showcasing how Roberts, Taylor, Ochoa, and Banks were forced into pleading guilty and survived wrongful conviction, we provided insight from U.S. District Court Judge Jed S. Rakoff, who is one of the foremost experts on the guilty plea problem. Judge Rakoff's video helped give context for the systemic deficiencies that have contributed to the rise of this crisis.

In the last phase of the campaign, we asked people to share their own guilty plea stories. The hope is that we can gather data, build a community base, and develop a strategy to begin to move toward solutions that can mitigate this injustice.

Through the powerful stories of exonerees, statistics and expert insight we were able to raise the profile of the unexplored problem of innocent people pleading guilty.

From our digital community alone, 3,000,000 people viewed the videos on Facebook and reached 19,000,000 content views across all platforms during the 9-week campaign, which is double our average.

Over 5,000 visitors to guiltypleaproblem.org signed up to join the movement to address the issue. To date, we've collected over 50 stories from people who pleaded guilty to misdemeanors or felonies that they maintain they did not commit.

On the national scale, we've seen a number of in-depth pieces of journalism that explore the guilty plea problem since we launched the campaign. Namely, "Innocence Is Irrelevant" in the Atlantic, which quotes our Executive Director Maddy DeLone; "More People Are Pleading Guilty to Crimes They Didn't Commit, So How Can We Stop It?" featuring Roberts in Rewire; and "Defenseless" by 60 Minutes, focusing on the lack of public defenders in New Orleans, among several others pieces.

We have a long road ahead, but we believe America's Guilty Plea Problem campaign has had a powerful impact in beginning the conversation, set an example for a stellar digital criminal justice campaign, and provided a foundation for tackling the issue. 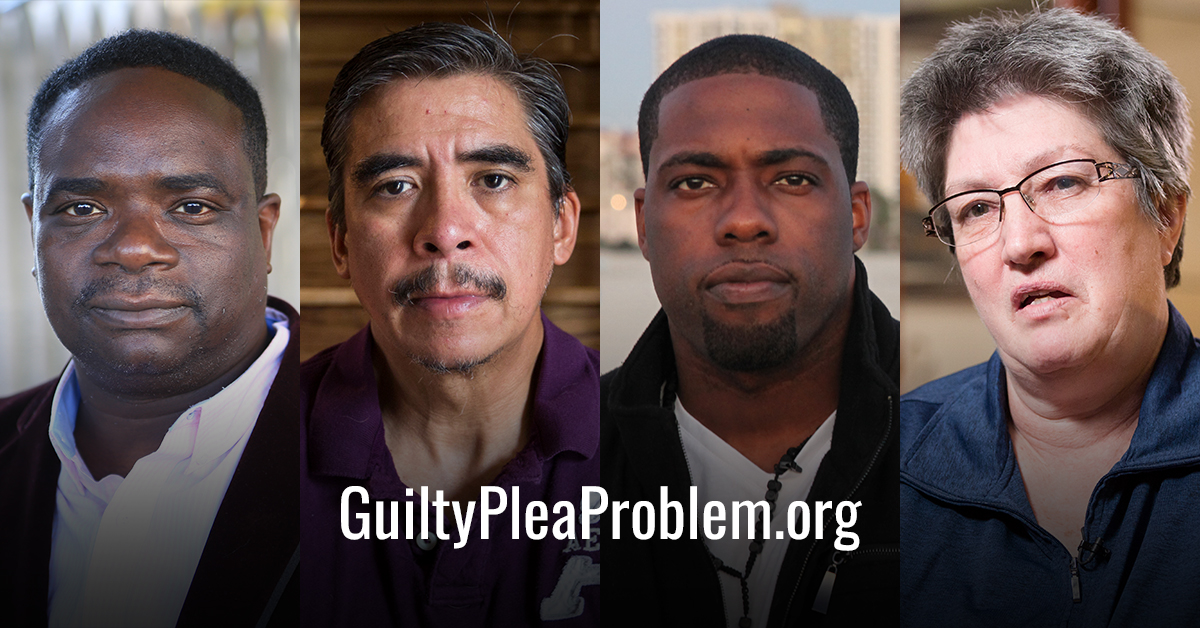 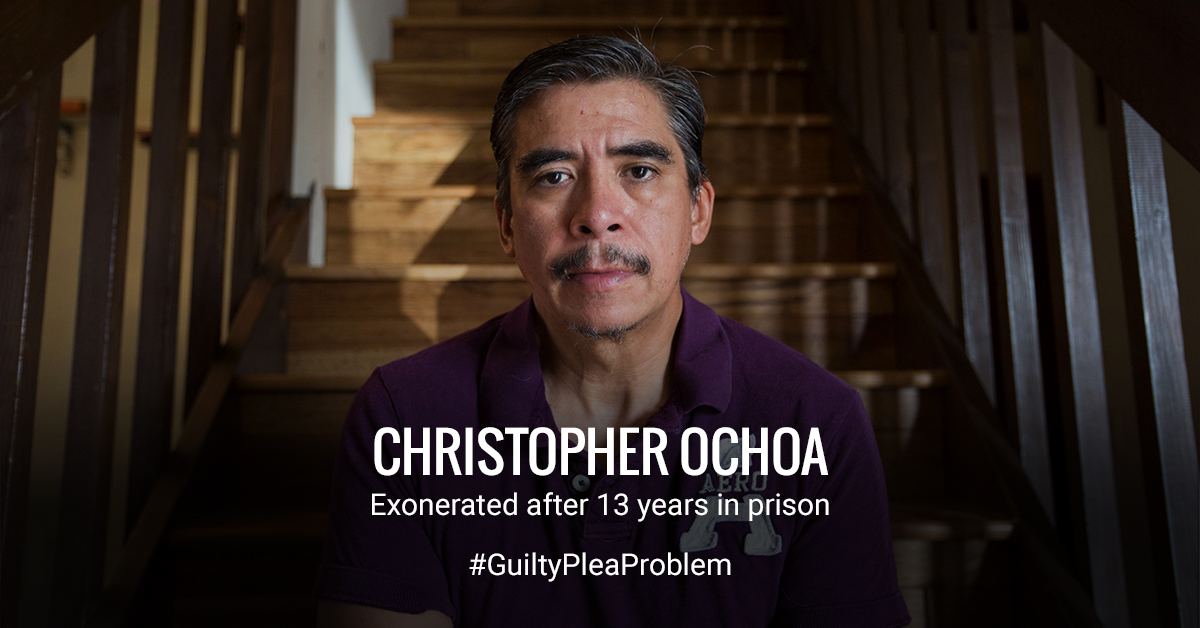 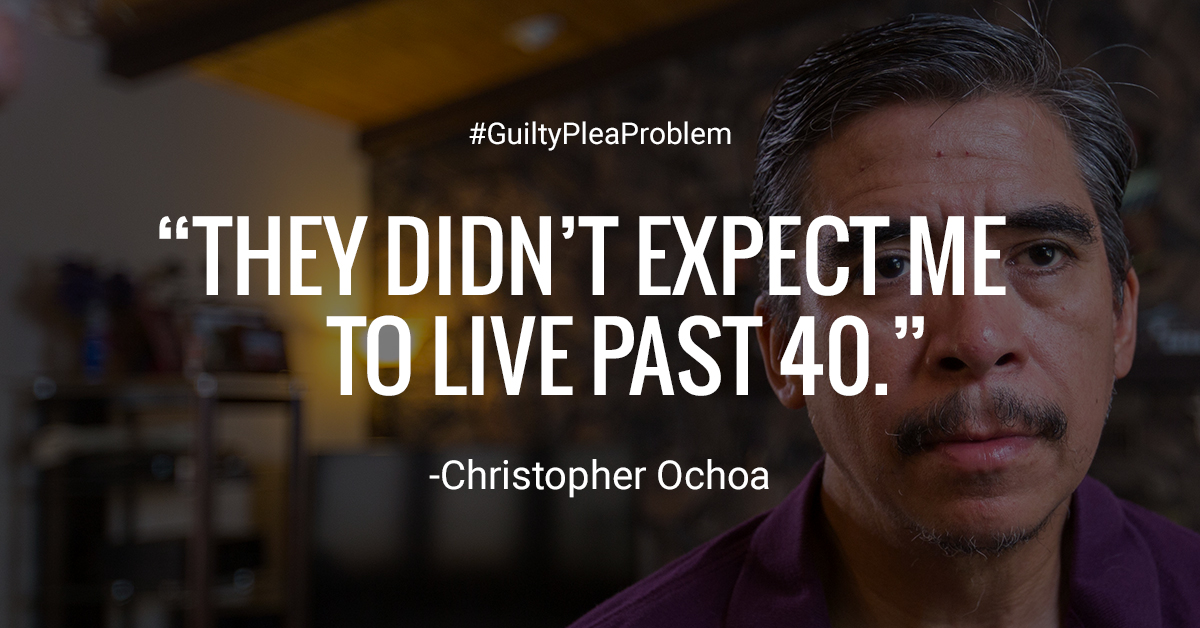 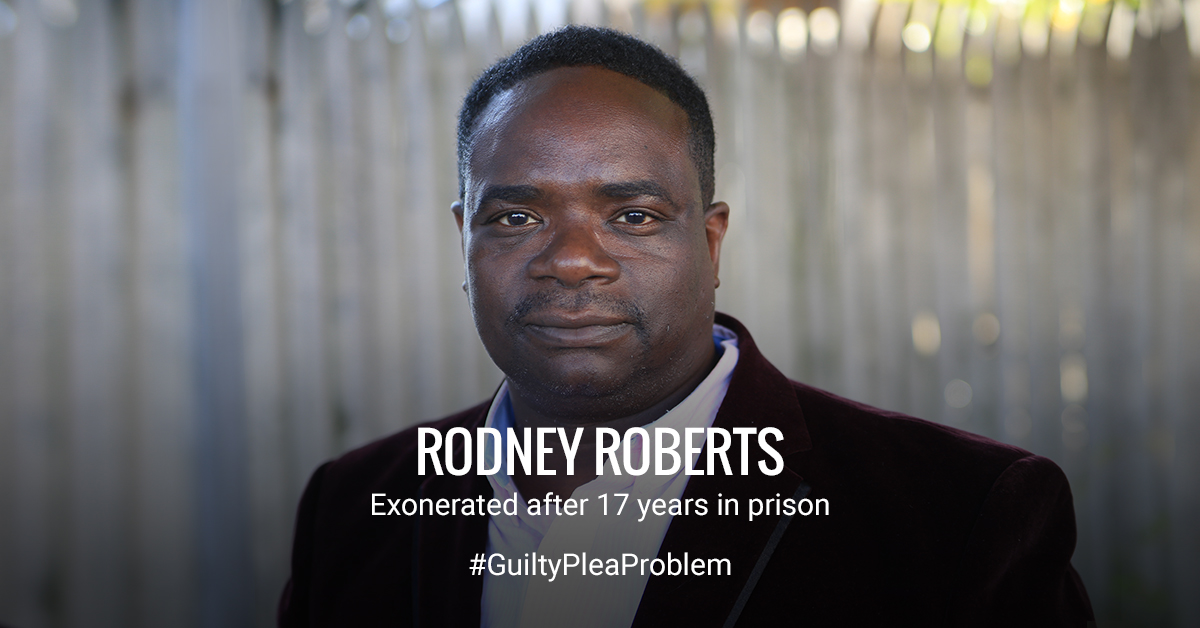 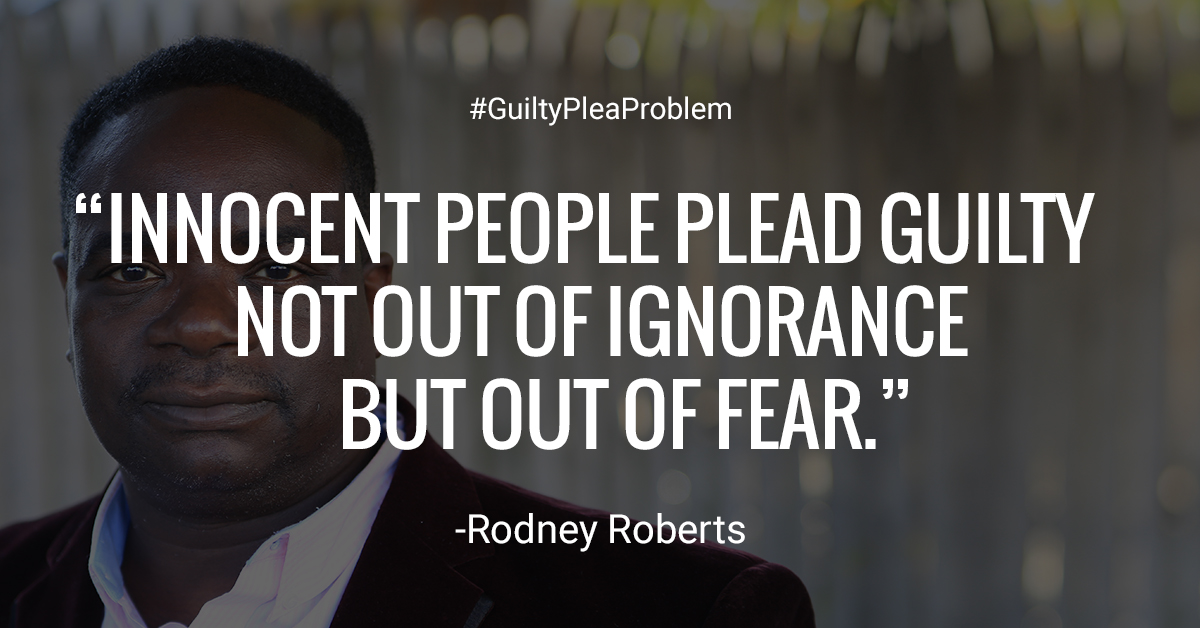 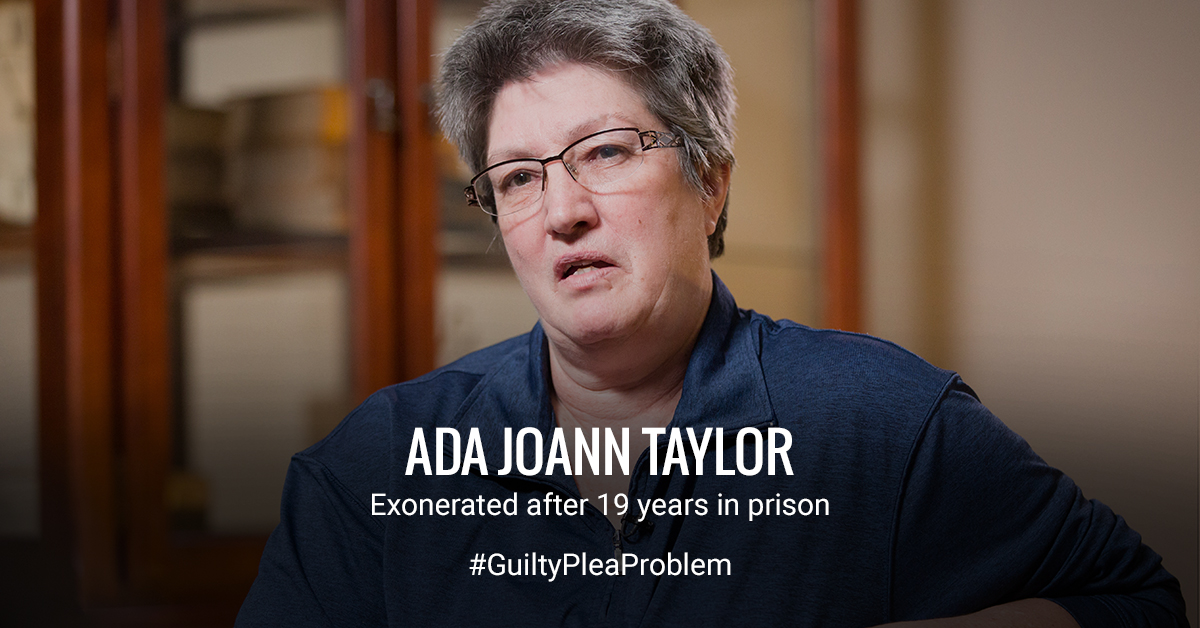 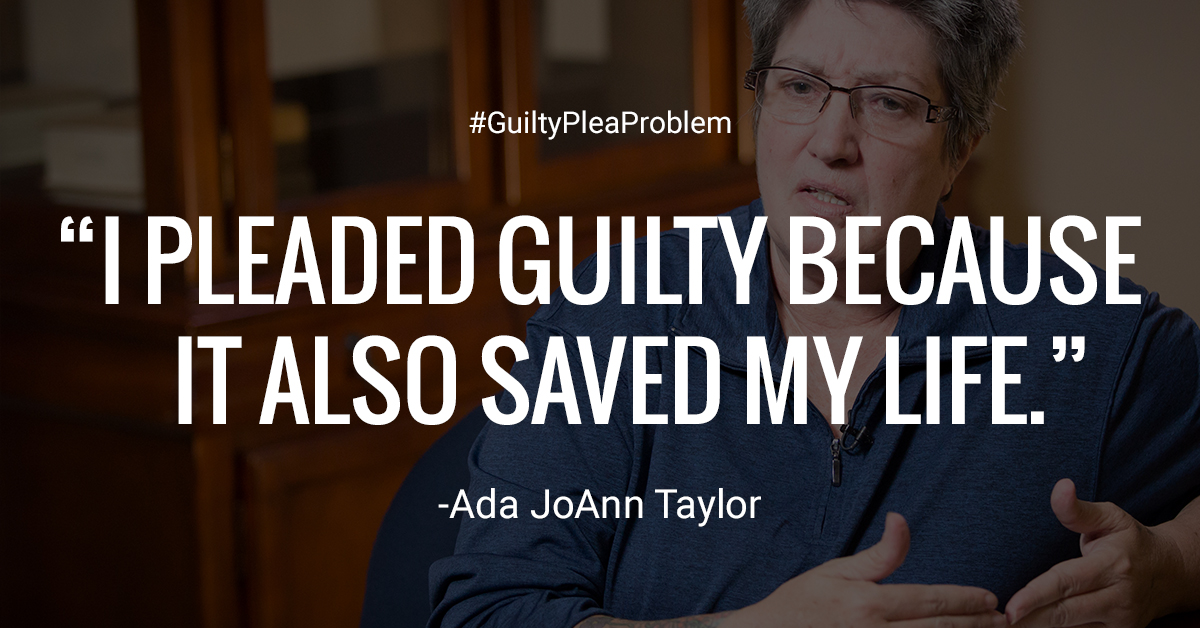 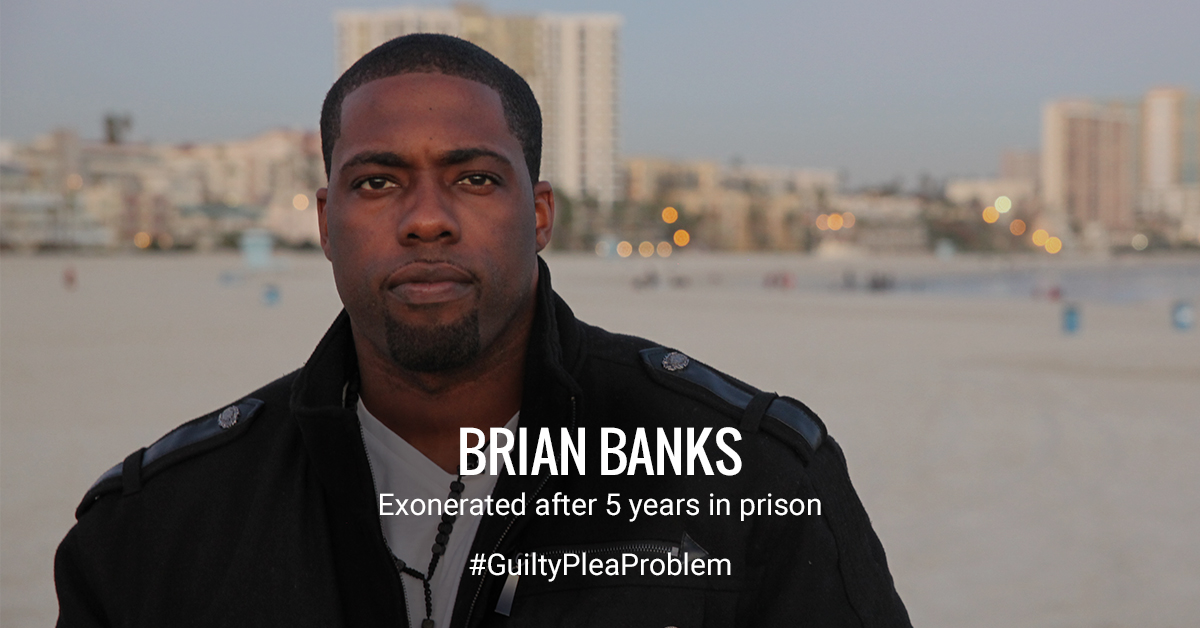 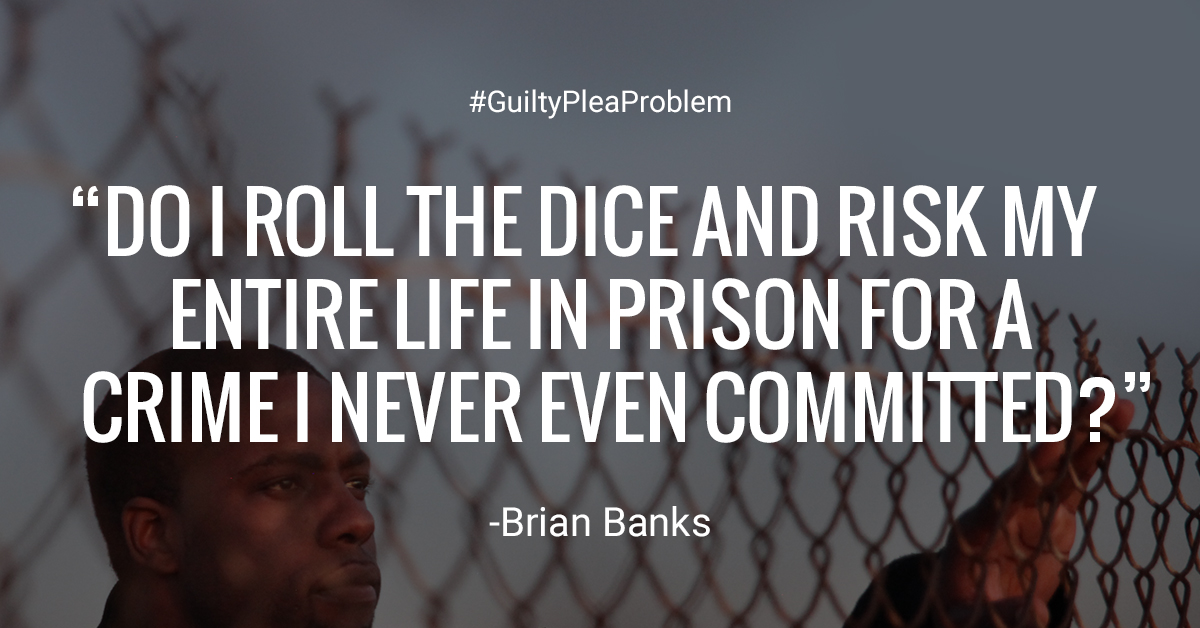