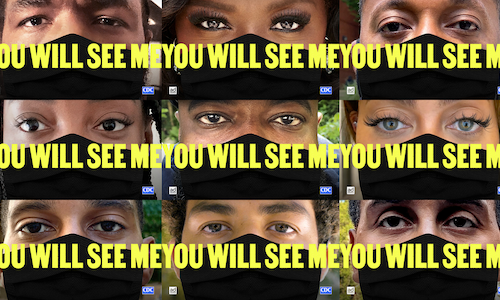 You Will See Me

At the outset of the pandemic, Wild Card Creative Group’s Chief Marketing Officer Tara DeVeaux reached out to the Ad Council offering the company help on driving an initiative reflective of such uncertain times. The campaign itself was inspired by a conversation DeVeaux had with her teenage son. He had wanted to go on a run in the evening, wearing his mask, but DeVeaux found herself afraid for the safety of her child considering the video of Ahmaud Arbery’s killing had just been released. She later relayed this story to the Ad Council team who asked Wild Card’s creative content studio, 3AM, to develop a face mask campaign for Black Americans. The “You Will See Me” campaign launched August 19, 2020 merging the public’s need to wear a mask and stay safe from COVID, while simultaneously addressing the risks Black Americans face when wearing masks; leading a call to action to see each other as human beings in the hopes that recognizing the humanity of the person behind the mask will save lives.

The campaign begged the question of how to bring the messages of public safety and social justice together to inspire people to not only wear a mask for themselves and their community, but to do their part to make it safe for everyone to do so. Wild Card worked with and leveraged the recognizability and platforms of prominent Black talent such as Academy Award-winning actress Viola Davis, Olympic gymnast Simone Biles, The Roots frontmen Questlove and Black Thought, sports TV personality Stephen A. Smith, former NFL star Victor Cruz, gospel singer Kirk Franklin, hip hop artist Lecrae, and television actors Lala Anthony, Marcus Scribner, Deon Cole, and Al Shearer to create an anthem piece that speaks directly to viewers, calling everyone to join in wearing a face mask while demanding that others see them for who they are while wearing one. To amplify this message, the company then created individual spots for each of the stars so they had space to share their personal stories and reach their own communities on social media. The company also sought to put the power in the community’s hands to make the campaign their own and spread the word, so everyone who visited YouWillSeeMe.org could use their photo to create a custom social shareable to invite their friends to join the movement.

Data at the time of the campaign’s development and launch identified that Black Americans are affected by COVID-19 at higher rates due to systemic healthcare, economic, and social inequalities. Across the U.S., Black and Latino residents are three times more likely to be infected as their white neighbors, according to new CDC data which provides detailed characteristics of 640,000 infections detected in nearly 1,000 U.S. counties. Additionally, CDC data shows that Black and Latino people are nearly two times more likely to die from the virus as white people. In an effort to capture the broadest reach, Wild Card strategized a group of talent to connect with targets like the faith-based community through talent like Kirk Franklin and Lacrae, and a younger Black audience through someone like Marcus Scribner.

Utilizing the above data and implementing our content strategy, the targeted campaign garnered over $5.8 million donated media value, 20 million video views, 107.5K website visits, and 100K talent post engagements, far exceeding expectations. Additionally, through partnership data, we were able to track that the campaign was the best performing ad when tested amongst other mask-up initiatives, scoring highest on several key ratings including attention, likeability, information and relevance.

Ultimately, in the face of this nuanced issue, we not only delivered a timely message, and created a movement that increased conversation, but we also empowered a pandemic-ravaged community to help save lives with data showing that over 200K reported mask wearing through the campaign.

Video for You Will See Me 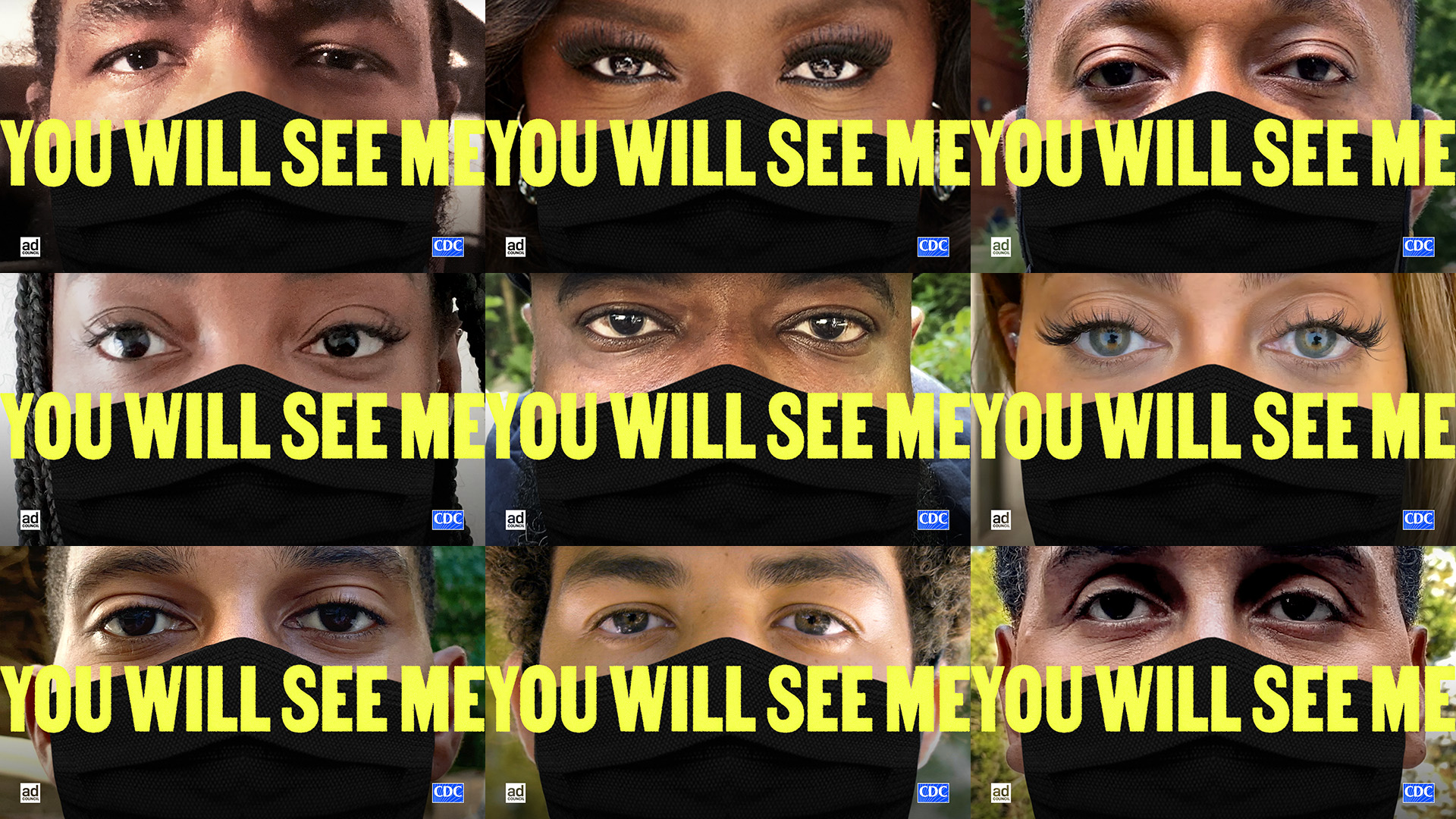