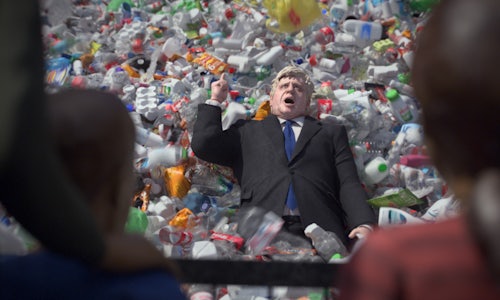 “There is no greater duty for any nation than protecting our people and our planet,” - UK Prime Minister, Boris Johnson, at the 2020 COP26 climate conference in Glasgow.

In 2020, the UK exported 688,000 tonnes of plastic packaging waste; that’s an equivalent of 1.8 million kilograms a day. Similarly, many first world countries such as the USA, Germany and Australia export incredible amounts of their plastic waste to third world and developing countries. Investigations revealed that most of the UK's plastic ends up getting illegally dumped in countries like Turkey and Malaysia, turning their beautiful oceans and rivers into toxic dumpsites. The offloaded plastic waste kills hundreds and thousands of marine life every year, while endangering the health of local communities. Illegal burning of such waste has led to serious health problems such as respiratory issues, fuelling an already critical global environmental crisis.

To raise awareness of the issue in a way that would spark serious discussion around the actionable change needed, we knew we had to create something that would grab attention immediately without losing the gravity of our message. Our inspiration was rooted in spotlighting the stark contrast between the environment’s reality and politicians’ often empty political promises, through a satirical approach that made the irony unmissable.

“When doing CG work, artists' and director's creativity - that human touch - can often get lost in the process. At Method & Madness, we use technology (the methodology) to make every part of the process seamless which enables us to retain the creative soul and artistry of film (the madness) by bridging the film and CG world together as one.” - Wenhao Tan, Director of Method & Madness (M&M).

While we chose animation to create a satirical tone, we also wanted the film to convey in the most accurate way possible, the true scale of the issue at hand. To achieve this, we went into intricate detail during the texturing and shading process while also paying attention to composting stages to imbue imperfections of film and camera lenses for a more human touch. An exact replica of Downing Street was built based on satellite imagery.

We researched the most common items that make up plastic waste, which resulted in 150 different pieces of plastic trash. This ranged from plastic shopping bags to pieces of styrofoam, Coca Cola bottles, detergent bottles, take-away food containers, coffee cups, etc. We 3D modeled and textured each item, including the mannequins of Boris Johnson and Michael Gove. For every plastic bottle, bag and milk or yoghurt container, various crushed or damaged versions were made to add to the realism and visual variety. This resulted in turning 67.7 million plastic waste items into CG simulation beauty - the dynamic and powerful avalanche of trash that came crashing down on Boris Johnson.

To realise the most realistic camerawork possible, we built a custom virtual reality camera rig that allowed an Oculus Rift VR headset to be mounted to a professional camera mount so the directors could physically hand-operate a "real" camera in a virtual reality representation of the scenes. Our directors ran around Downing Street in virtual reality; he could duck behind CG pieces of furniture and react as the trash storm came by, giving us the depth of field and the ability to create something as physically close to reality as possible. This hand-held feel to the camerawork transports the viewer into the action and lets them experience the kinetic energy on the spot as if they were being swept along with Boris Johnson. This beautifully simulated film encompasses the filmic artistry of cinematic effects with cutting edge CG technology that takes the audience on an eye-opening and shocking journey with a simple message.

Within the first five days of the film’s release, Wasteminster went viral with 6 million views across digital platforms such as YouTube, Instagram, Twitter, among others. It’s currently garnered over 7.5 million views The film has also been shared by high-profile personalities such as Thom Yorke from Radiohead.

It has been picked up by global news and trade media titles including The Guardian, The Independent, Campaign, The Drum, among others. The work has also been awarded Staff Pick by Vimeo, featured on Campaign and Ad of the Week by shots.

We believe that the film’s success and vitality lay in its ability to convey a simple message, in a powerful way. It was through the production methodology that world-class CG technology provided, coupled with the creative soul and artistry of our team that enabled this Method & Madness work of art. 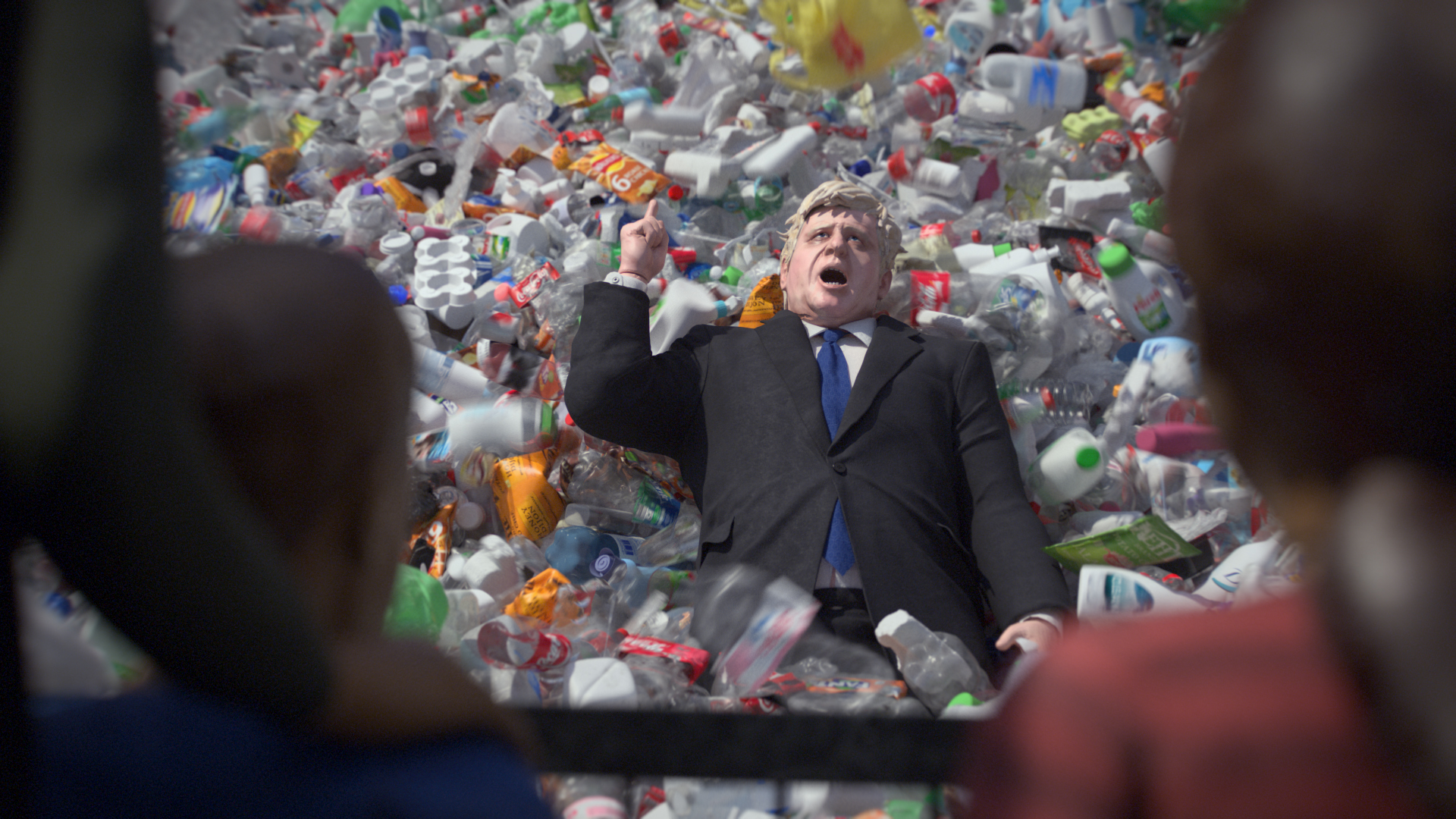