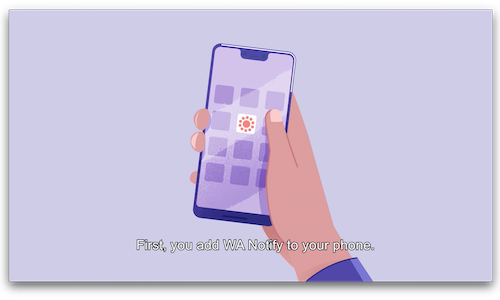 Beginning in March 2020, C+C joined forces with the Washington Department of Health to fight to COVID-19 pandemic, creating dozens of targeted campaigns and thousands of pieces of content to help keep Washington residents informed, healthy and safe.

In Fall 2020, the team launched WA Notify, an important new tool in the effort to curb COVID transmissions.

Created by Apple and Google, WA Notify is a setting that can be enabled on iPhones and downloaded as an app on Android phones. This tool alerts users if they may have been exposed to COVID-19 utilizing Low Energy Bluetooth technology that keep the user’s privacy safe. When a WA Notify user tests positive for COVID-19 and enters their positive result, the tool anonymously alerts all WA Notify users who have been in close proximity with the user that tested positive.

Oxford research studies have shown that if just 15% of the population has this on their phones, communities can reduce COVID cases and deaths—the impact improving when the percentage increases.

Our initial goal was to reduce COVID transmission rates throughout the state by getting 15% of Washington adults to enable WA Notify on their smartphones within 1 month of launch—879,566 people.

The team developed an  inclusive promotional campaign and messaging strategy to raise awareness of the WA Notify tool, educate Washingtonians on how it works and drive people to enable it on their smartphones.  In just one month, our team implemented and transcreated our messaging into 36 languages to ensure we reached as many Washingtonians as possible.

The team also devised PR tactics that engaged major news outlets, press conferences by the Governor, and an extensive toolkit of media materials to supplement stories—videos, graphics, and how-to guides.

To spread the message of WA Notify, our strategy of distribution focused and prioritized distinct audiences around the state:

We learned that ITS ALL ABOUT PRIVACY! Number one concern across all audience segments was privacy and data security. People think that to work, the tool must use and track location data (it does not).  So, we built in privacy messages through-out the campaign. On every piece of content, multiple times if possible.  People have a lot of questions about how it works. Many need more information before they will decide to add WA Notify to their phone. So, we created detailed FAQs and long-form videos (in 36 languages) explaining the technology and how it works.  As it turns out, sponsors (Apple and Google) do not add trust/credibility, so these companies were not featured prominently. The key benefit to use WA Notify was helping protect self, family, and the community from COVID and the headline "there's a new way to help stop the spread" alerted people of this. Overall intent to use WA Notify was low with about 50% saying they were willing in the Gates Foundation poll. Young adults are most willing to use it while rural adults and Spanish, Mandarin, Cantonese and Russian-speaking adults are least likely. The campaign launched with an 18+ focus and over time the campaign narrowed to younger adults and a special focus on materials and messaging in-language.

The campaign and combined effort of the Washington Department of Health and C+C worked to reduce COVID-19 transmission through the adoption of the WA Notify tool on smartphones. On November 30th, the WA Notify campaign launched with the goal of having 15% of Washington adults using the tool within 1 month; we achieved the 30-day goal in 37 hours— 879,566 Washingtonians enabled the tool to help stop the spread. In 24 hours, we achieved the most first-day signups of any other state with similar tools—with 600,000 Washingtonians enabling or downloading WA Notify. Within 60 hours of launch, WA Notify achieved 1 million unique downloads and as of Sept 2021, 40% of Washinton smartphone users (2.4 million people) have added WA Notify to their phones.

Of 21 states using this type of technology, Washington ranked #2 in terms of total users (only behind California which has 5x the population) and #3 in terms of percent of population. 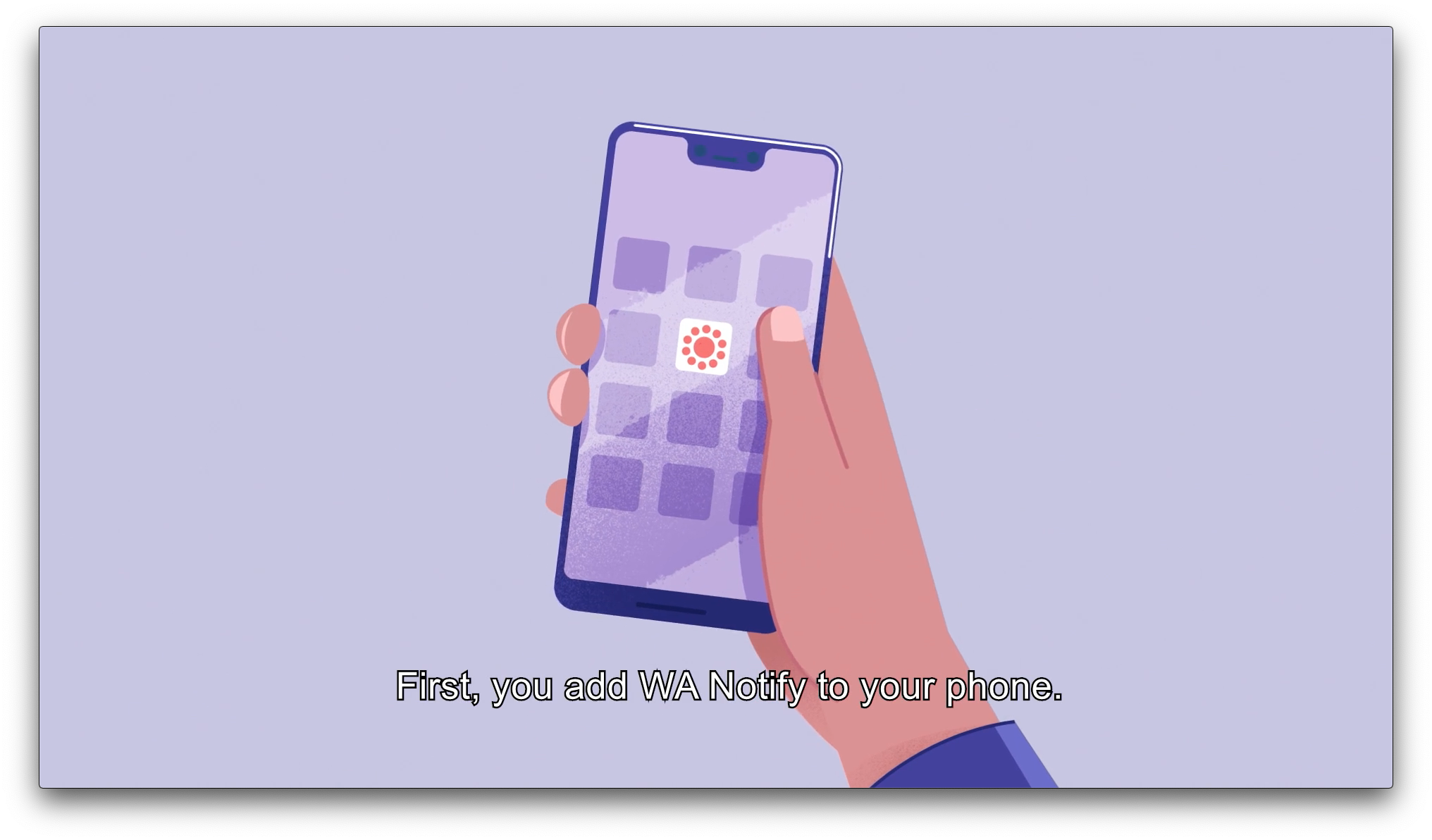