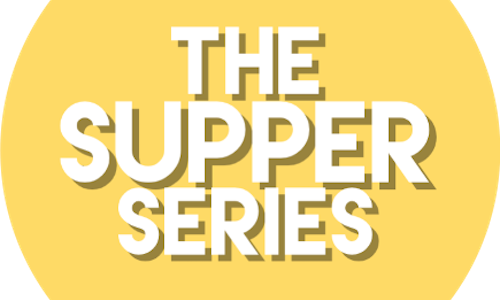 The Supper Series is a speaker series on a mission to support the next generation of female entrepreneurs while eliminating food insecurity. Each Supper raises money for the Food Bank for NYC. To date, we have raised over 200,000 meals for New Yorkers in need. I created The Supper Series as a side project because I craved to have a way to give back to my local community, meet new people, and continue learning outside of work. I originally hosted Suppers in my tiny NYC, inviting women for a homecooked meal, the opportunity to expand their networks, and the ability to listen to the entrepreneurial journey of a featured dinner guest. As quarantine began, I realized the Food Bank needed more support than ever, so I pivoted to Zoom and expanded The Supper Series table. This allowed The Supper Series to take off! I set a goal of raising 100,000 meals by the end of 2020.

Over the last year, I have had the opportunity to interview incredible female entrepreneurs and give them the platform to share their personal stories and lessons firsthand. Each Supper has been a memorable experience, whether it be scooping ice cream and learning to savor each ingredient with Jeni Britton, founder of Jeni's Splendid Ice Creams, or learning how to best pitch plant-based tampons to a widely white, male audience from Honey Pot founder, Bea Dixon. And most importantly, every Supper has allowed more women to feel personally connected to the Food Bank.

During the pandemic, people craved to feel connected to one another. We were all isolated and trying to make it through such a difficult time. Additionally, many people wanted to give back to their struggling community but were unsure how to do so.  The Supper Series aimed to solve both of these needs. I pivoted the in-person Suppers to monthly Zoom events, where women across the U.S. could join as I interviewed each female guest entrepreneur. These events gave people an opportunity to be a part of a community despite how isolated they were physically or emotionally. I aimed to use Suppers to provide entertainment, education, and relief during a largely difficult time. During one Supper with Food Network Chef Katie Lee Biegel, participants were invited to cook alongside Katie and I as we prepared a recipe from her new cookbook. They even were able to ask questions to Katie directly. I also hosted fundraisers through The Supper Series’ Instagram account, providing those with the means to give back a clear forum to do so. One such fundraiser included over 55 donors, raising both awareness for the Food Bank’s mission and meals for those in need.

What made these fundraisers successful was capitalizing on Millennial and Gen Z social platforms. I used Instagram to raise awareness for each Supper event and used Instagram donations and Venmo to seamlessly collect funds. I was able to raise more money by tapping into these apps because they were already a part of these individuals’ social media behavior and so those wishing to donate understood that it would only take a few seconds to do. Thus, the barrier to donate became minimal.

I run the entire Supper Series platform on my own as a side project to my actual job. All profits are donated directly to the Food Bank for NYC. Through The Supper Series, I have combined my passions for connection, entrepreneurship, and volunteering. Social media has provided a bridge through which I am able to seamlessly connect with female entrepreneurs and host them as guests. It has the power to equalize all of us. Because of this, I have had the opportunity to host glass-shattering founders like Alli Webb and Rebecca Minkoff, women who I have admired for almost a decade. These women likely would have never been able to join or even hear about a dinner party in my apartment, but now that the Suppers are run through social, it has completely opened up the world. The potential and impact of The Supper Series is now limitless.

Over the last year, The Supper Series has raised over 200,000 meals for New Yorkers in need. It was a terribly trying year for the Food Bank, with hunger at an all-time high and several of their facilities having to shut down because of COVID. Choosing to pivot The Supper Series in March of 2020 to a virtual platform was a choice that I continue to be proud of to this day. Because of that choice, 200,000 New Yorkers received a meal. It is hard to feel the extent of that large number because in many ways, I never dreamt that The Supper Series would be able to provide such a large number of meals. We surpassed all of my goals because of the effectiveness of using social media as a tool for fundraising and community building.

Video for The Supper Series 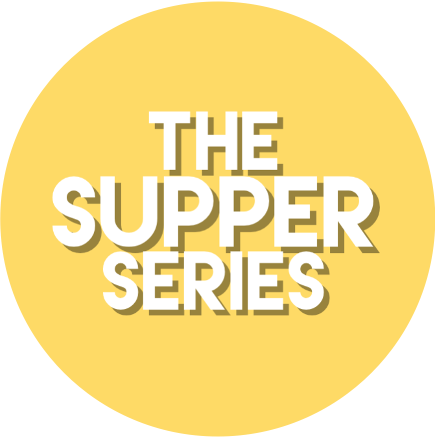