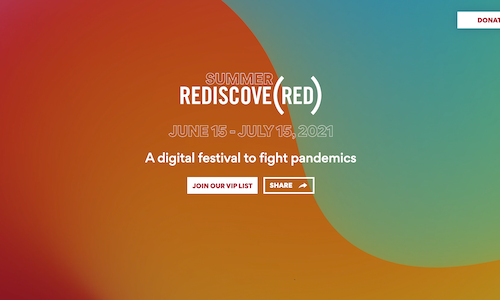 As the world stays vigilant and people seek ways to have fun and stay safe during the COVID-19 pandemic, (RED) created SUMMER REDISCOVE(RED), a digital festival for those who love gaming, music, food, health, wellness, learning, merch and much more.

Whether at home or on the move, SUMMER REDISCOVE(RED) gave people many easy ways to join (RED), get (RED)ucated and support the fight against COVID-19.

(RED)’s first virtual summer festival ran from mid-June to mid-July 2021, and built upon (RED)’s history of successful in-person summer campaigns that have galvanized the food and beverage industry and the live music festival circuit around the AIDS fight. SUMMER REDISCOVE(RED) broadened the traditional summer campaign for partners and consumers alike, delivering summer fun while staying safe. The goal of this campaign was to increase awareness of the (RED) brand and engage consumers in unique ways through innovative offerings in the digital space.

Our strategy was to take what people love about in-person summer festivals, translate that experience into digital spaces and augment it whenever possible. From the ground up, we built a central campaign hub on a new CMS from our current site to develop new features necessary for an event-based campaign. The hub was the portal to the full festival line-up. But the universe of activations and events took place where people spend the most time -- on their favorite digital platforms.

The SUMMER REDISCOVE(RED) VIP Festival Lounge was a AR/VR lens on Snapchat The Gaming "tent" took place on the platform where gamers abound -- on Twitch. We featured Kenya's first and biggest woman gamer QueenArrow, a fundraising stream with DJ Steve Aoki and megagamer DrLupo, a 12 hr. straight gaming stream and many others On Instagram Live, we had an intimate conversation with Theragun founder Dr. Jason Wersland and trainer Matt Baiamonte about connection through health and wellness. Baiamonte shared a powerful story about HIV, In partnership with Merck, we livestreamed an interactive cook along -- the (RED) All-Star Kitchen -- to every major video platform including Facebook, YouTube, Twitter, Twitch. And we brought the star power to the (RED) All-Star Kitchen. It was hosted by Billy Harris joined by singer/songwritter P!NK, Chef Andrew Zimmern, 'Black-ish' star Anthony Anderson, Chef Aarón Sánchez, actor/comedian Joel McHale, Chef Kristen Kish, as well as Al Roker and Chef Tyler Florence across four celebrity+chef episodes. For music, we streamed live music from country star Ray Fulcher, Kooze, Jack Newsome and Ouse. And what festival doesn't feature merchandise. (RED) partner products as well as (RED)'s own Originals were featured in the VIP Lounge, social and Amazon -- raising money for the fight Finally, during the festival we launched our new content franchise (INSIDE THE PARENS), a three-part conversational video series hosted by (RED)/ONE Ambassador, comedian, New York Times best-selling writer, talk show host and actress, Phoebe Robinson. The series of frank conversations was focused on the systemic issues facing women and girls, multicultural and the LGBTQ+ communities in the fight against pandemics. Guests included (RED) Ambassador, actor and activist, Javier Muñoz, NYT best-selling author, Founder & CEO of Phenomenal, Meena Harris, Founder and CEO of The Honey Pot Company, Beatrice Dixon, President & CEO of Planned Parenthood Federation of America, Alexis McGill Johnson, and others.

It was full 360 experience reaching almost every corner of the internet.

Across all the content areas, SUMMER REDISCOVE(RED) reached 15 million people, the vast majority previously unconnected to the brand, raising awareness for our cause and the fight against pandemics. Across all video platforms, several thousands of hours of high quality, educational videos were produced and viewed educating our new audience about a wide variety of topics.

An additional 6M impressions were generated by Snapchat users inside our virtual VIP lounge. That's a younger, incremental audience compared to our traditionally older cohort; they are the next generation in the fight against two pandemics.

A fan made video of our All-Star Kitchen episode with P!NK generated another 100K views.

Total fundraising will be announced at a later date however our first foray into gaming raised $26K and our newest proud partner The Honey Pot has pledged a minimum of $100K. 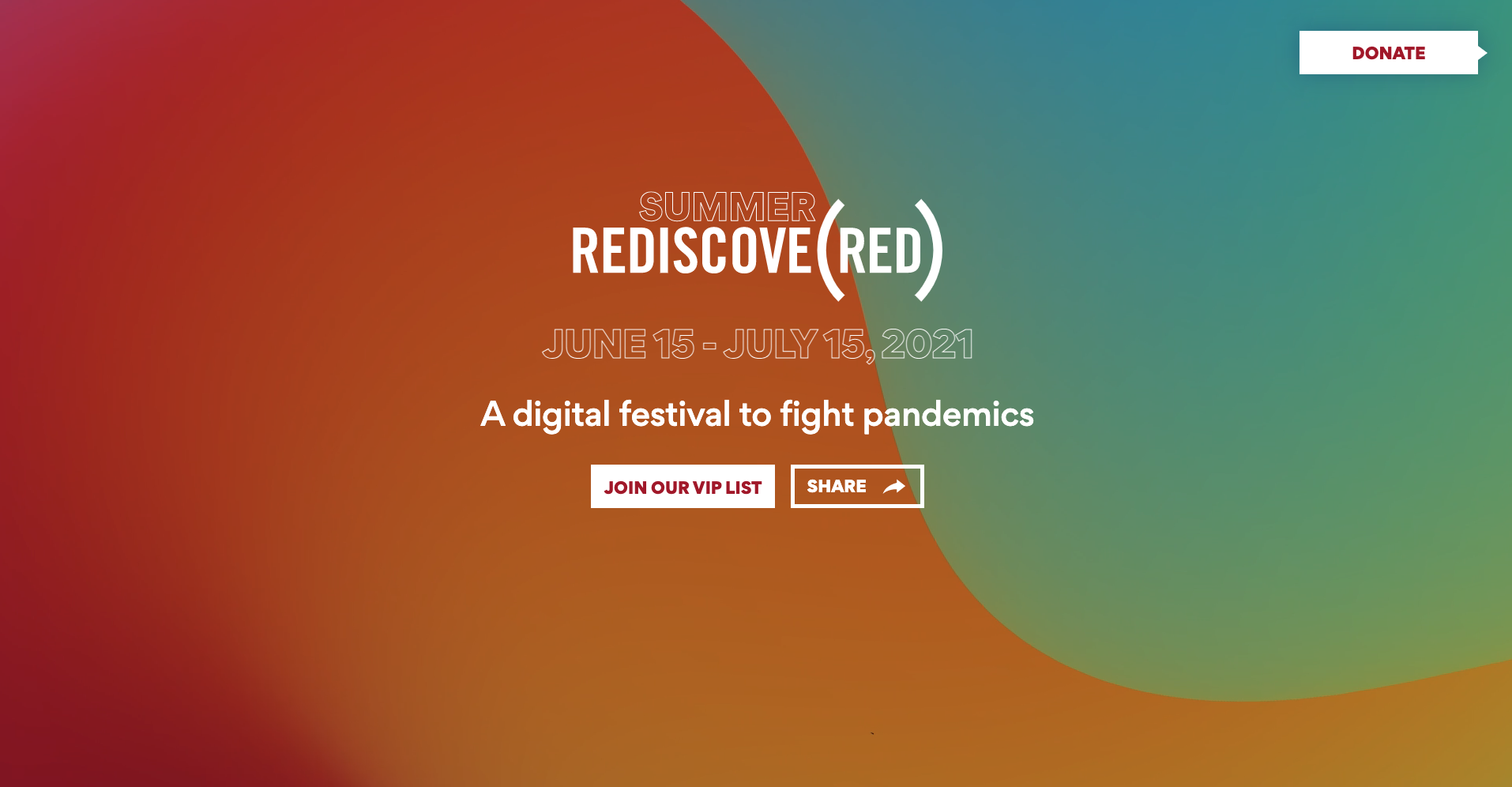