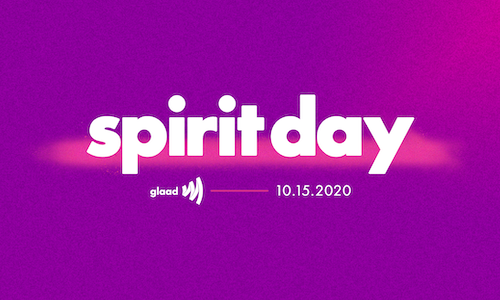 GLAAD, the world’s largest lesbian, gay, bisexual, transgender, and queer (LGBTQ) media advocacy organization, operates to accelerate LGBTQ acceptance through media. One of GLAAD’s largest annual campaigns is Spirit Day - a day where millions around the world go purple in stand against bullying and in solidarity with LGBTQ youth. Since its inception in 2010, Spirit Day has become the largest, most visible LGBTQ-focused anti-bullying campaign in the world.

In 2020, Spirit Day took on a renewed importance due to the unprecedented challenges facing LGBTQ youth. Many LGBTQ youth were beginning the school year at home and are unable to attend in-person meetings of Gay-Straight Alliances, Gender-Sexuality Alliances or on-campus college LGBTQ organizations. Some LGBTQ youth were confined to a home environment that may be unsupportive or abusive. Calls to The Trevor Project’s hotline for LGBTQ youth have at times more than doubled since the COVID-19 pandemic began. A 2020 survey from the Trevor Project found that 1 in 3 LGBTQ youth reported being physically threatened or harmed in their lifetime due to their LGBTQ identity.

As a result, Spirit Day in 2020 was a critical moment to shine a light on the resilience and power of LGBTQ youth. As an awareness campaign, GLAAD’s objective was to spread messages of love, positivity and hope to LGBTQ youth through the largest number of channels as possible, and to also amplify the stories of young people who are taking action against bullying and creating safe spaces for LGBTQ youth.

To execute Spirit Day, each of GLAAD’s departments played a pivotal role. GLAAD’s Development team secured top-tier sponsors and partners to ensure the greatest amount of visibility. For Spirit Day in 2020, partners included presenting partners Delta Air Lines, Kellogg Company, and Target, official partners Amazon, NYC Department of Youth and Community Development and the New York City Council, and Skittles, as well as community partners Kirkland & Ellis, NBA & WNBA. Through the campaign’s partners, GLAAD worked to create innovative moments and initiatives that could help to elevate the message of the campaign to different audiences. For example, influencer Parker Kit Hill joined GLAAD and presenting partner Target to create the official 2020 Spirit Day Dance. Posted on Instagram, Parker danced to “Just Do You” by India.Arie and encouraged his and GLAAD’s followers to go purple and make their own dance videos to spread the Spirit Day message. To fight back against cyberbullying, GLAAD also worked with Zoom to share top tips to protect the LGBTQ community, who disproportionately face bullying in-person and online.

The GLAAD Media Institute team played a key role in using its network of GLAAD Campus Ambassadors, GLAAD Media Institute alumni, 20 Under 20 honorees, and students across America to share their own stories on social media for Spirit Day, as well as raise general awareness surrounding bullying towards LGBTQ youth. As part of the outreach for the campaign, GLAAD pitched media outlets with profiles of LGBTQ young people who were making a difference in their own communities surrounding anti-bullying efforts as a way to get their stories out into the world. GLAAD also worked with schools across the country to ensure that they had the resources and information necessary to participate in the campaign. Additionally, on Spirit Day, with the Global Shapers Community and the Forum of Young Global Leaders - both initiatives of the World Economic Forum - worked with GLAAD release a video on social media featuring young leaders in South Africa, Ecuador, and India sending special messages to LGBTQ youth for Spirit Day.

GLAAD also worked to expand the campaign’s reach to audiences beyond traditional media and entertainment. In 2020, GLAAD worked with all 30 Major League Baseball teams, the NBA & WNBA, and the NFL to share #SpiritDay messages on social media.

Diverse outlets from sports, Spanish-Language, entertainment, and news all supported Spirit Day, with over 300 unique press articles garnering over 1.3 billion media impressions. The media surrounding Spirit day highlighted messages of support for LGBTQ youth and as well as stories of young LGBTQ people who are working to combat bullying. Spirit Day was not just recognized in the United States; it included international influencers, organizations, and outlets spanning across all 6 inhabited continents – from China to South Africa, the UK to Australia. 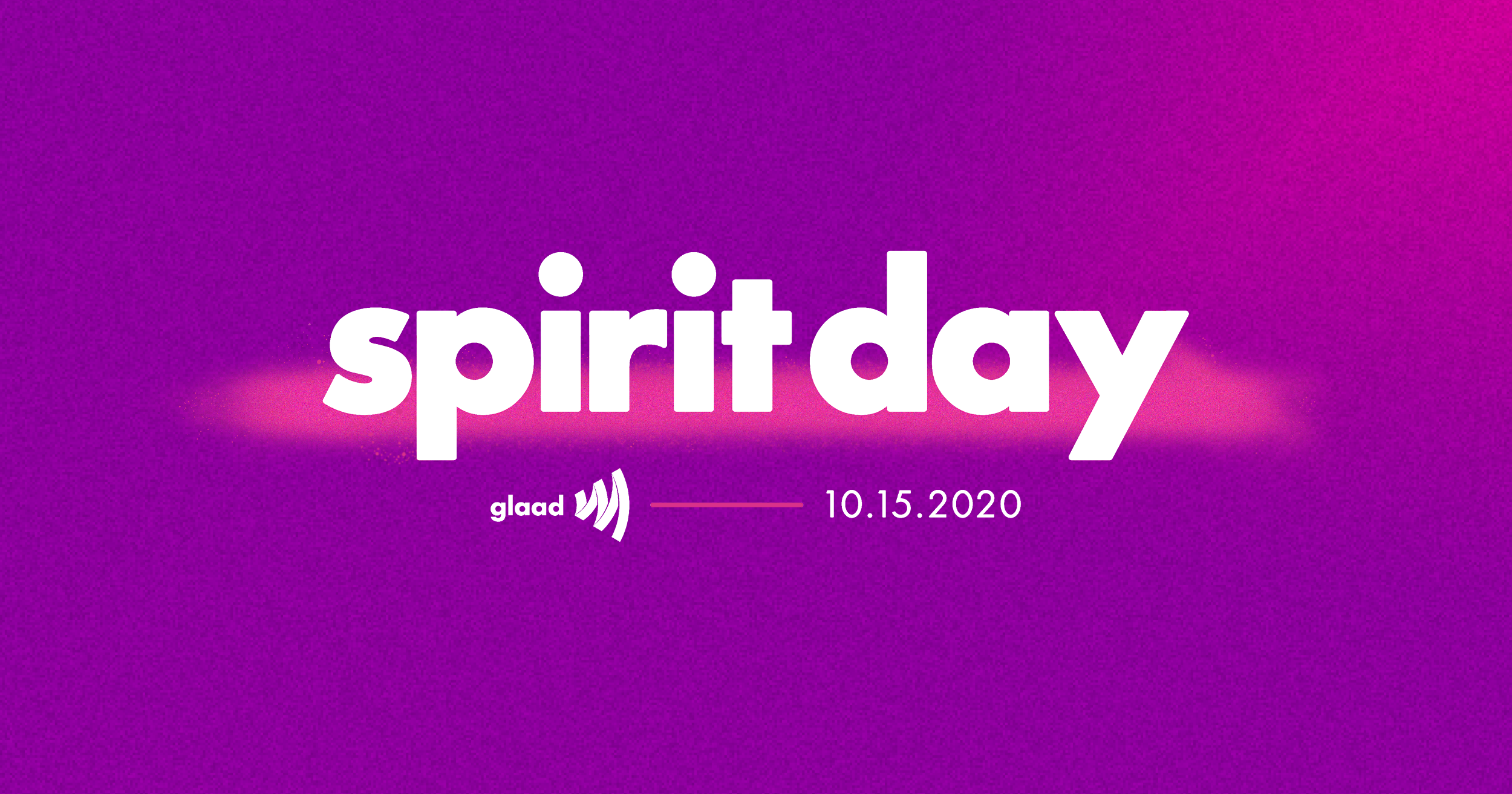