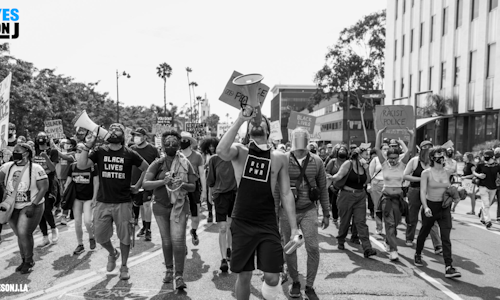 Police unions too often have a stranglehold in deeply entrenched local politics and campaigns, which continues to disenfranchise and systemically oppress marginalized communities of color. In Los Angeles County, the Sheriff’s Department and local legal systems regularly consume 42% of taxpayer dollars. Following the devastating murders of Breonna Taylor, George Floyd, Andres Guardado, Sandra Bland and so many other innocent victims before them at the hands of law enforcement, Los Angeles County residents decided to fight police power and demanded justice in the form of real, comprehensive police reform. In July of 2020, Measure J was born, and with it, an opportunity to produce a county budget that demonstrated the values of the people over the police, and prioritizes care over punishment by permanently allocating at least 10% to community investments and alternatives to incarceration. The singular, paramount goal of this social campaign was to uphold racial justice by building a diverse coalition of supporters to pass Measure J in the 2020 Los Angeles local election.

Measure J faced an uphill battle given the Los Angeles police union’s financial and political advantage in fighting reform. Strategically, we understood that to fill the gaps, we would have to build one of the broadest coalitions ever seen––not just in Los Angeles, but in the nation. Through our digital efforts, we brought together a diverse set of advocates from nearly every sector—criminal justice reform, education, climate change, housing, youth justice, health care, and small businesses. Responsive and authentic community management was an integral part of our digital strategy, and it worked to not only educate voters and build stronger advocates, but model behavior and talking points for our supporters. We understood that in order to win, we had to extend beyond hardcore progressives. This meant grounding the campaign in a care-first vision that helped inspire millions of people to vote in support of Measure J, while remaining true to the #DefundThePolice movement that had led us here. In other words, focus not only on divesting from systems of harm and punishment, but leading with a vision for the future by investing in care and community. Using the power of social media, we were able to connect organizations that had never worked together to unite for the common goal of racial justice for all.

To reach a mass audience, we knew that our social posts needed to be accessible, multilingual, and easily understandable. Through visually striking design, we shared campaign priorities, educational resources, and key data/insights to help tell a compelling story of why Measure J was so desperately needed in the Los Angeles community. To keep our campaign focused on what matters most to voters, Swell distilled extensive polling, data, and research to develop a messaging framework that centered racial justice and health, housing, and jobs as core tenets of the campaign. And as the campaign evolved, we shifted focus from education to action through a voter registration and GOTV campaign.

In any political campaign, the challenge is creating dynamic messaging while still keeping a consistent visual throughline. Our aim was to not only diversify the language and tone, but utilize every different format available on social media to reach different segments of our audience under the same “Yes on J” brand. That approach was reflected from Instagram stories to Twitter polls to Facebook carousels and YouTube pre-roll. Because of the ad hoc nature of the campaign, the “Yes on J” brand identity was built in realtime by creating, adapting, and modifying guidelines as we went. This unorthodox process allowed us to see what was performing strongly with various audiences across social platforms and gave us opportunities to react. Additionally, the campaign was bolstered by original images from local photographer, Mike Dennis. The black and white treatment captured the raw emotion and gave us the ability to create a unified look and feel from assets shot on the ground, in the moment.

Over the course of the campaign, our team produced hundreds of unique social media pieces that built an online audience of thousands. Like our social content, our videos were tailored to format and platform. These videos provided shareable and engaging content that resulted in over 1,000,000 views.

On November 3, 2020, Measure J became an electoral victory heard around the country with 57.1% of Los Angeles voters approving the measure. That’s more than 2.1 million votes. Our work helped to raise over $139,000 in less than three months and secure Measure J’s victory. Few elections are historic, but this one truly was. Not just because a county larger than 42 states passed a comprehensive police reform bill, but because it was a culmination of the work of so many activists who have been fighting for this type of specific justice for generations. Championed by a broad coalition of advocates ranging from organizations like the ACLU of Southern California to politicians such as Supervisor Holly Mitchell to celebrity activists like Rosario Dawson and Common, this was the most diverse, progressive movement in the history of Los Angeles. 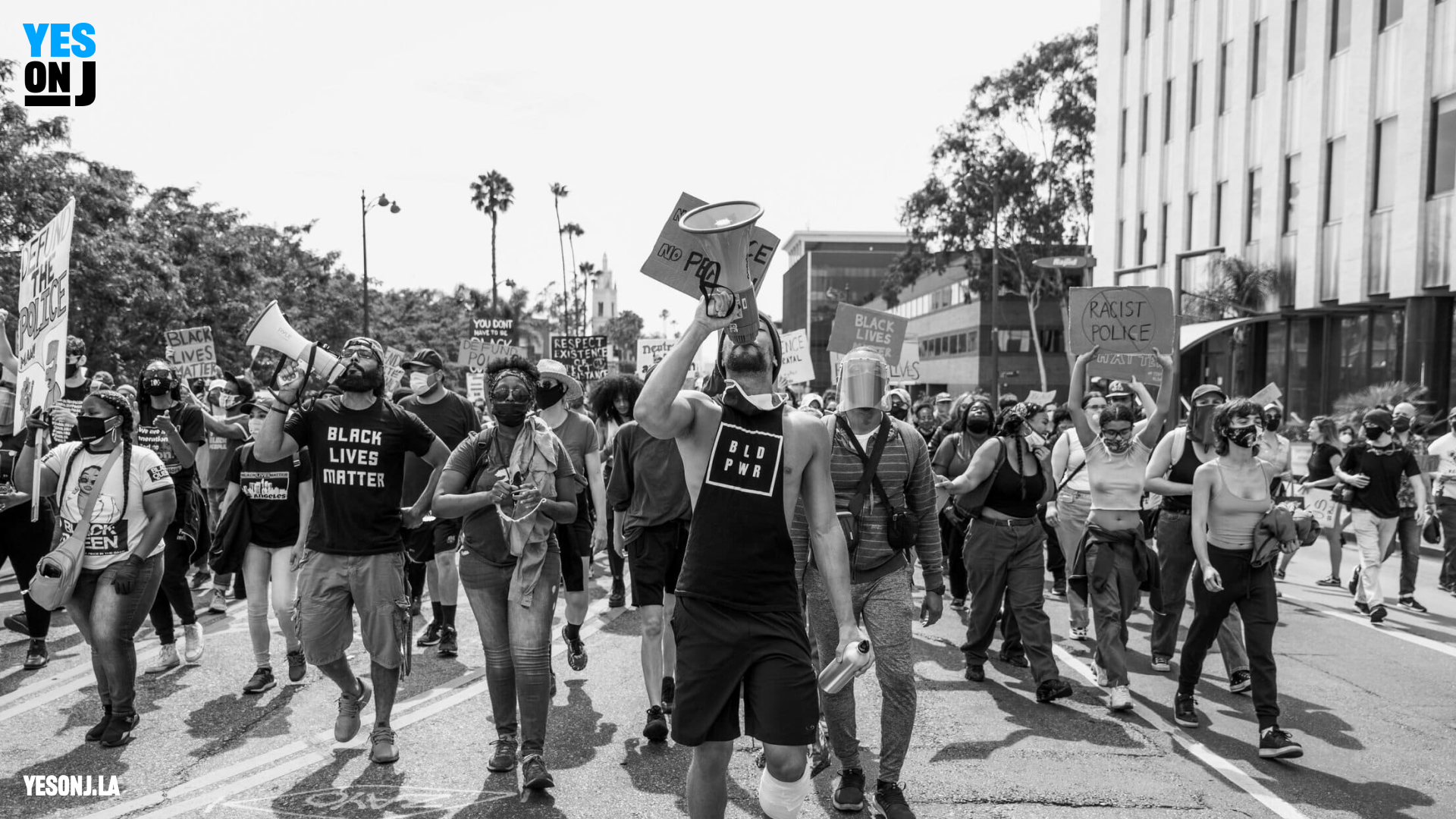