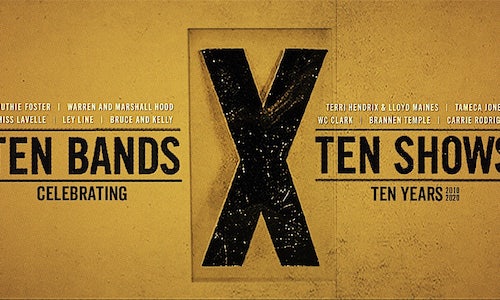 When South by Southwest was cancelled in March of 2020, it was at first earth-shattering before it became just one of many pandemic cancellations, later followed by Austin City Limits Music Festival. With gigs big and small disappearing, live music was being stripped from the soul of Austin.

The University of Houston provided a COVID-19 business impact study at the request of the Austin Chamber of Commerce and found live music to be one of the top three industries affected by the pandemic, projecting that more than half of related businesses in Austin would be forced to close permanently within six months.

Located in the heart of Austin, the “Live Music Capital of the World,” Proof Advertising saw the effects on the music industry firsthand. 2020 marked Proof’s 10-year anniversary, and we found a way to celebrate the agency and support our beloved local music community at the same time, using our party budget to instead sponsor a series of live performances streamed digitally.

Our anniversary celebration, dubbed #10years10bands, took the form of a 10-week concert series in the final months of 2020. Proof booked the musicians, filmed the performances, edited the footage and streamed the shows each week, bringing the live music experience to thousands of households.

We partnered with several venues in the area, from the historic 106-year-old Paramount Theatre located in downtown Austin to the legendary Antone’s Nightclub (“Home of the Blues”) and The Bunker in Lockhart, TX. We even used our own agency bar on Austin’s 6th Street.

We booked a diverse set of bands for this series, spanning several genres, but all were local to Central Texas. To kick it off, our headliner was four-time Grammy-nominated Blues artist Ruthie Foster. Ruthie’s was our only ticketed show, and we chose Veeps as the streaming platform because it is artist-friendly (read: 100% commission-free) so all revenue supported the artist and venue.

The subsequent nine shows premiered on Facebook and were free to stream, with set lengths ranging from 40 minutes to an hour long. Acts included Newgrass/Jazz duo Warren & Marshall Hood, 92-year-old Soul singer Lavelle White of the Texas Music Hall of Fame, internationally inspired Folk band Ley Line, “Americhicana” singer-songwriter Carrie Rodriguez, the “Godfather of Austin Blues” W.C. Clark and more. Because the performances were recorded live and premiered later, artists were able to tune in and interact with fans in the comments section, creating a unique experience for both parties.

We wanted as much of the budget as possible to go to the artists, crews and venues that brought our series to life. Each performance was promoted on Facebook and Instagram with a shoestring budget targeting live music fans throughout the U.S., and all production work was done in-house. As an additional revenue stream, reminders to tip the band via Venmo or PayPal were a core part of each stream through prompts built into the videos and deployed in the comments section.

With the weekly streaming concerts, we were able to close out 2020 with agency employees, friends, family and music fans, raising glasses and enjoying “live shows” together but apart. We were also able to impact our community and offer aid to a vulnerable part of Austin’s DNA: its arts and culture scene.

We generated 642,000 in reach with our social media promotion of the streaming series, and over $70,000 went to support the live music community via payment to the musicians, crews and venues, plus tips and added donations from viewers. The Paramount Theatre later dedicated a seat to Proof Advertising to thank us for our support.

Our #10years10bands series created a lasting impact on the culture at Proof; each agency employee now receives two “service days” per year, which are additional paid days off to contribute to the community through any acts of service they are inspired by. 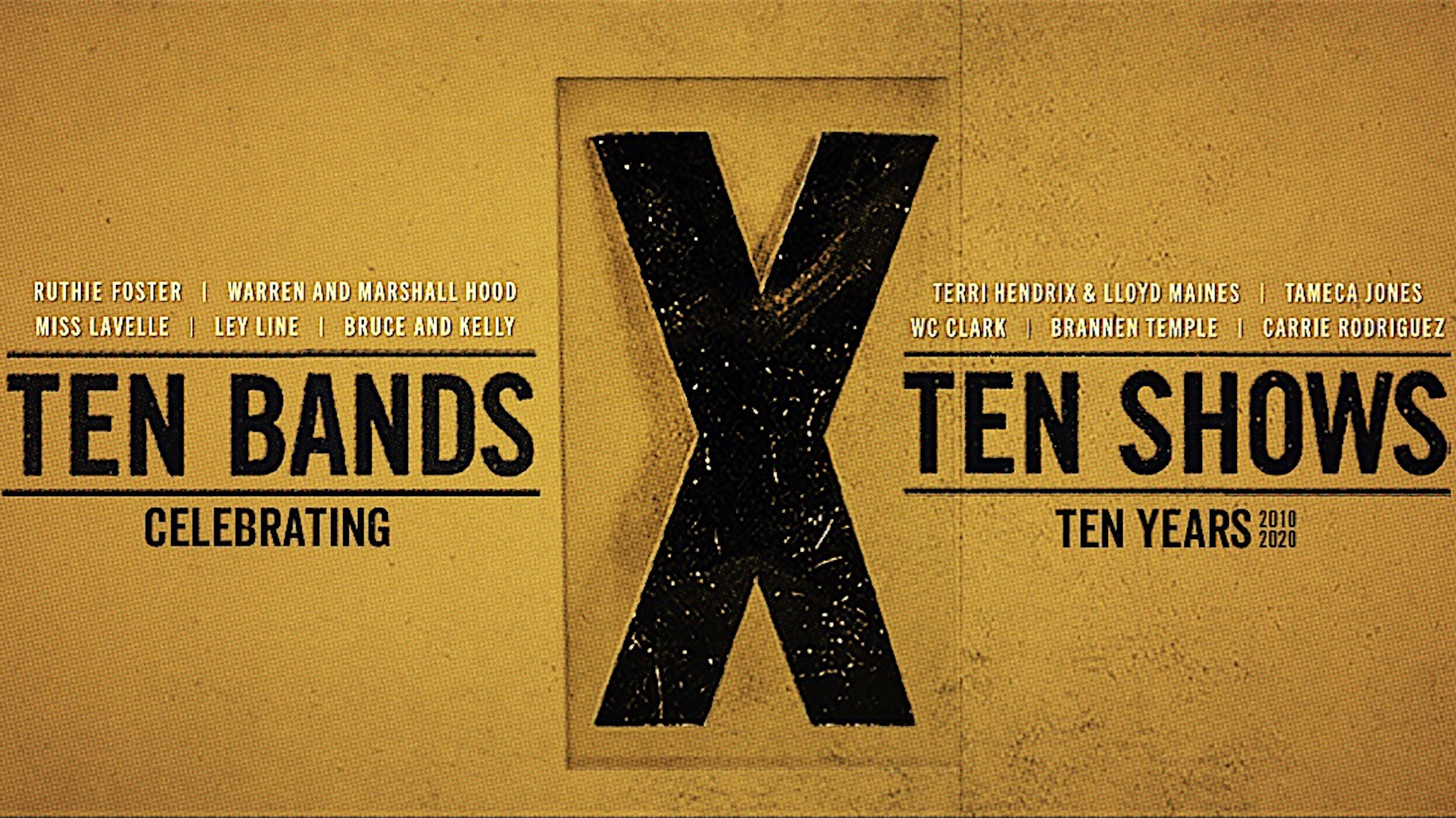