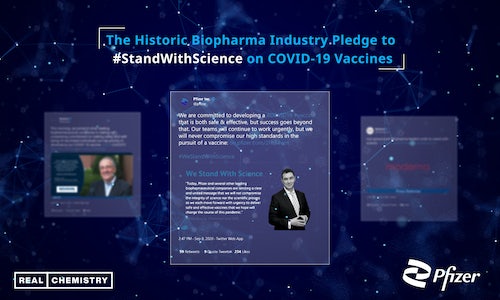 When the World Health Organization declared a COVID-19 pandemic on March 11, 2020, the best and brightest minds globally got to work in a concerted effort to do the impossible – create a safe, effective vaccine that would reverse COVID-19’s spread and help society return to some sense of normalcy. Leading that charge toward a brighter future were Pfizer and BioNTech, which launched Phase I clinical trials on a COVID-19 vaccine in mid-March 2020.

Yet, national polls in August/September 2020 unearthed widespread vaccine skepticism and ranked the pharmaceutical industry as the most poorly regarded – even lower than the Federal government, which had drawn heavy criticism for its pandemic response. 62% of Americans believed that political pressure would force the FDA to rush approval of an unproven vaccine. Only 21% of voters said that they would seek vaccination as soon as a vaccine became available.

Pfizer set out to transform this perception by leading an initiative to demonstrate the biopharmaceutical industry’s emphasis on the greater good and increase public confidence that vaccine science and the regulatory process for the COVID-19 vaccine would be held to the highest scientific and regulatory standards amidst a high-stakes, dynamic, and politically charged environment.

Pfizer took steps to regain trust in the science in ways that resonated with the public.

The CEO Takes a Stand/Leads by Example: CEO Albert Bourla spearheaded a pledge with the major vaccine manufacturers to reinforce their commitment to being led only by science – not political pressure – throughout COVID-19 vaccine development. Nine CEOs signed the historic pledge.

Standing with Science:  Bourla consistently spoke about vaccine development in terms the public would understand and was effective at diffusing much of the misinformation surrounding the vaccine. In one interview he described the vaccine as a “light at the end of the tunnel,” and that its >90% efficacy signaled a “great day for humanity.”

Remaining Steadfast to the Scientific Commitment: Pfizer remained committed to its pledge alongside eight other pharmaceutical companies, refusing to bend to political pressure or move faster than the process allowed. To ensure transparency, data and trial protocols were shared frequently. FAQs dispelled fake news/conspiracies.

Real Chemistry’s analysis of the political, economic, and social climates during the pandemic showed that overall (not specific to Pfizer) 68% of the public and 62% of corporate employees believed they possessed the power to force corporations to change. They demanded accountability and pushed companies to work in the best interest of the people.

The government’s failure to adequately address the pandemic created an opportunity for companies like Pfizer to fill the gap. But it needed to bring the public along on the vaccine development journey to ensure they understood Pfizer had the public’s interest front and center.

Strategy:  Regain the public’s trust in vaccine science, redefine the COVID-19 vaccine conversation and overcome the misinformation that had tainted the public view of Pfizer’s motivations to find a solution for COVID-19 by:

·       Collaborating with other vaccine manufacturers to demonstrate a seamless, allied front focused on making the public health crisis their top collective focus. This took the form of an industry-wide pledge to stand with the vaccine science.

·       Becoming an agile, real-time content publisher to drive the conversation and quell misinformation.

·       Utilizing analytics to track the COVID-19 influence ecosystem in real-time and carefully respond and engage if, and when, necessary

·       Print/online strategy: Offer embargoed access, matching each CEO to the most relevant outlets with the broadest reach

·       Social strategy: Create a toolkit for partner companies with guidance on implementing the social handshake that kicked off the industry’s pledge

On 9/8/20, nine CEOs of companies developing vaccines signed the historic Pledge, committing to make the safety of vaccinated individuals their priority. United under #WeStandWithScience, Pfizer began the virtual handshake on Twitter, tagged GlaxoSmithKline asking it to join the Pledge, which then tagged J&J and so on to establish a bold, multi-Tweet movement. Each company followed up with individualized social posts on Twitter and other social channels, including Facebook/Instagram/LinkedIn.

The #WeStandWithScience Pledge resulted in one of the biggest news days in Pfizer history, garnering blanket top-tier coverage:

Pfizer was at the forefront of the conversation and saw positive coverage from virtually every top-tier media outlet, resulting in a 12.8% increase in positive sentiment and a nearly 40% increase in share of voice compared to the 2019 baseline. CEO Albert Bourla contextualized the motivation behind the pledge on the Today Show, which then appeared on NBC Nightly News, ABC World News Tonight, and BBC World News America.

Resulting coverage showed how the conversation about the industry and Pfizer changed:

Pfizer’s emphasis on “Science and Innovation” as the leading key message. A 2.3% rise in “Patient Impact” messages related to emergency authorizations of Pfizer’s vaccine The most highly shared Tier 1 article featured Bourla discussing the vaccine’s efficacy rate, which boosted reputation as a company with vision and leadership

Americans feared a vaccine tainted by politics and corporate greed. By assuaging those concerns through transparency and a publicly affirmed commitment to science, Pfizer continued to increase vaccine confidence.

Ultimately, we succeeded our their mission to change the perception of the COVID-19 vaccine, and the pharma industry as a whole. Both the Trump and Biden Administrations praised Pfizer throughout the process, speaking to the leadership, guidance, and preparation that Bourla and his company displayed during some of the darkest days in recent American history. 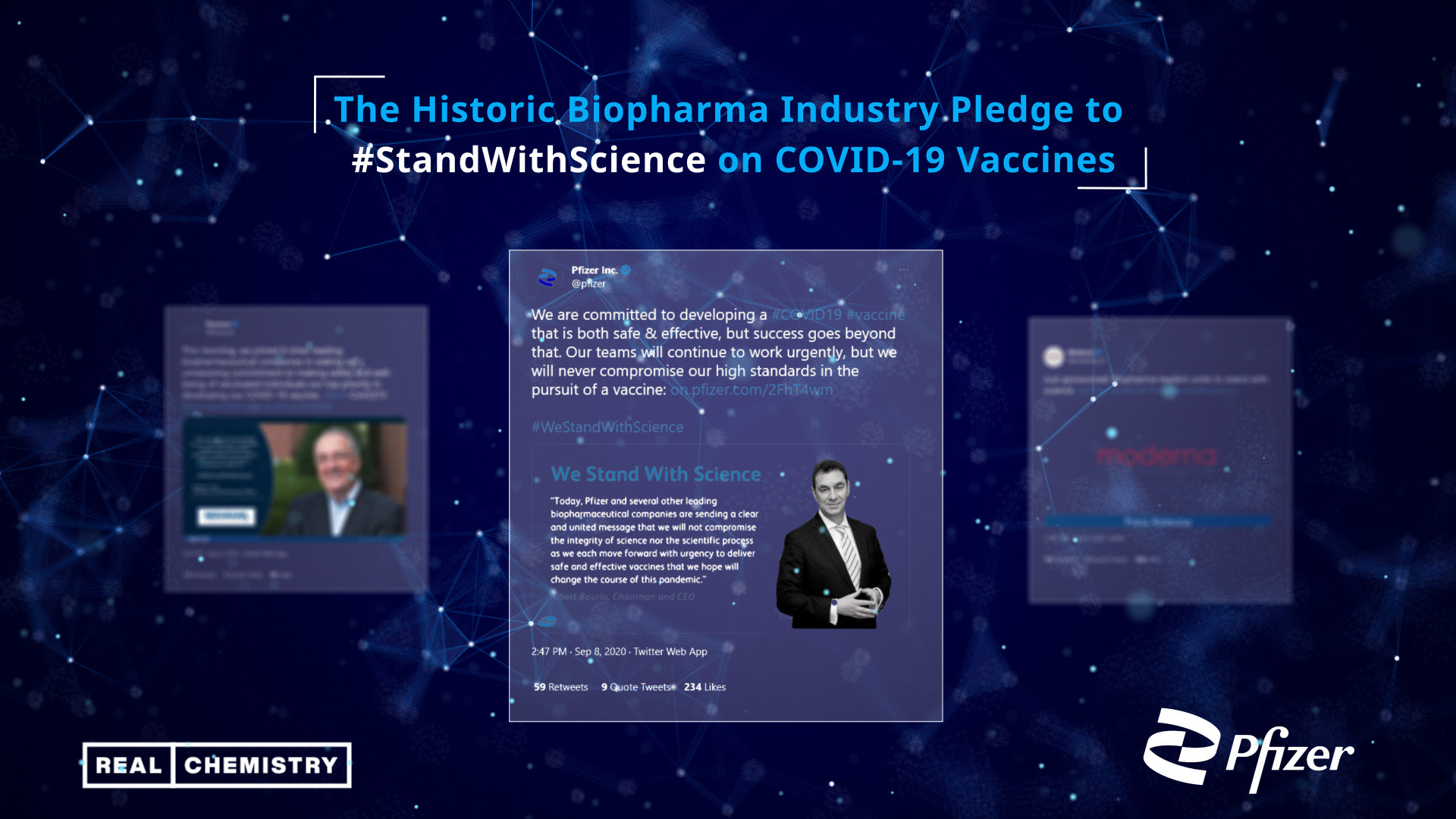