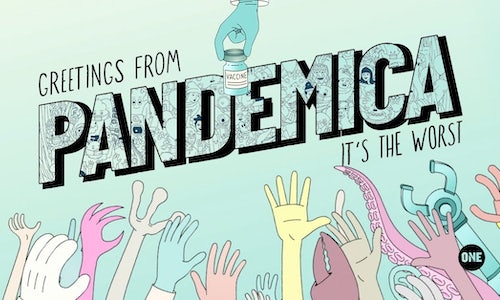 The ONE Campaign wants everyone in the world to have access to a COVID-19 vaccine treatment at a price they can afford. Delivering vaccines according to need is not only morally right but also the fastest way to end this pandemic. We were briefed in August 2020 to create a campaign that raised awareness for global vaccine equity. Wealthier countries were already beginning to make deals with drug companies and earmark vaccine supplies (even though vaccines would not be approved until December 2020), and there was no plan or an agreement in place to ensure the equitable distribution of vaccines. Our task was to rally support and raise awareness to help ensure equal access of vaccines no matter where in the world you live. Because if the vaccine isn’t everywhere, the pandemic isn’t going anywhere. We faced several challenges:

● Vaccine equity is complex and can be difficult to explain.

● Our audience was global, spoke different languages, and were all in different stages of the pandemic and lockdown.

Pandemica’s short, subversive videos utilize attention-grabbing, imaginatively drawn animation with purposely unrealistic characters - representing no particular ethnicity or nationality - to emphasize the problem of vaccine inequity and hoarding, which not only prolongs the pandemic, but also risks putting the entire world back into lockdown with emerging variants that threaten the efficacy of current vaccines.

The world of Pandemica is inhabited by a cast of delightfully (and purposely) unrealistic characters. The characters in the campaign were voiced by an eclectic cast of ONE’s celebrity supporters including Bono, Connie Britton, Penélope Cruz, Danai Gurira, Nick Kroll, Kumail Nanjiani, David Oyelowo, Phoebe Robinson, Michael Sheen, Wanda Sykes, and 25 others to bring the world of Pandemica to life. Launching Pandemica as an animated series with a teaser film introducing the characters and their celebrity voices allowed ONE’s celebrity participants to shout out their ‘new roles’ across social media and tease the interest of their millions of followers.  This ‘new series’ approach also allowed the campaign, which featured seven individual videos and over 35 global celebrities, to gain traction as an entertainment piece.

Juxtaposing the creativity of the videos with the gravity of the issue gave media outlets an opportunity to not only cover the campaign, but more importantly, go deeper into the issue while also creating unique opportunities for media partnerships with large media companies. These partnerships were and are critical to ensuring our message gets out, gets heard and motivates action.

In addition to robust partnerships the humor of Pandemica opened the door for ONE’s leaders to speak about the importance of vaccine equity in editorial coverage adding to their and the campaign’s visibility.

Not only has the campaign engaged a broader audience and educated the public on the critical need for vaccine equity, we've seen volunteerism increase for ONE and its mission; other NGOs and institutions are planning to adopt Pandemica as effective content for their own needs to demonstrate the inequity of COVID-19.

To date, Pandemica has been translated into 8 languages, received over 8 billion global earned media impressions from more than 835 press pickups, 31 million paid media impressions and over 6.5 million video views. And ONE has seen volunteerism increase in key markets. And the campaign continues to run around the world.  Beyond the numbers, the campaign has - most importantly - sparked more in-depth coverage of the issue.

Heading into the project, our brief was to raise awareness of the importance of vaccine equity around the world, with an emphasis on our Gen Z target. Therefore, we focused the media strategy on social media channels. The paid social campaign overall surpassed all benchmarks for success; however, the biggest surprise was the strength of Snapchat. Not only were we able to reach a CPV efficiency on par with that of Facebook and YouTube, which in itself is unheard of, the audiences driven from the platform to the online petition converted at a rate of 14:1 vs Facebook. All of this was achieved without the organization having an ongoing organic presence on the platform.

On June 10, 2021, President Biden announced that the United States would donate 500 million vaccination shots to 100 countries over the next 12 months. Actions like these are exactly why we created Pandemica. 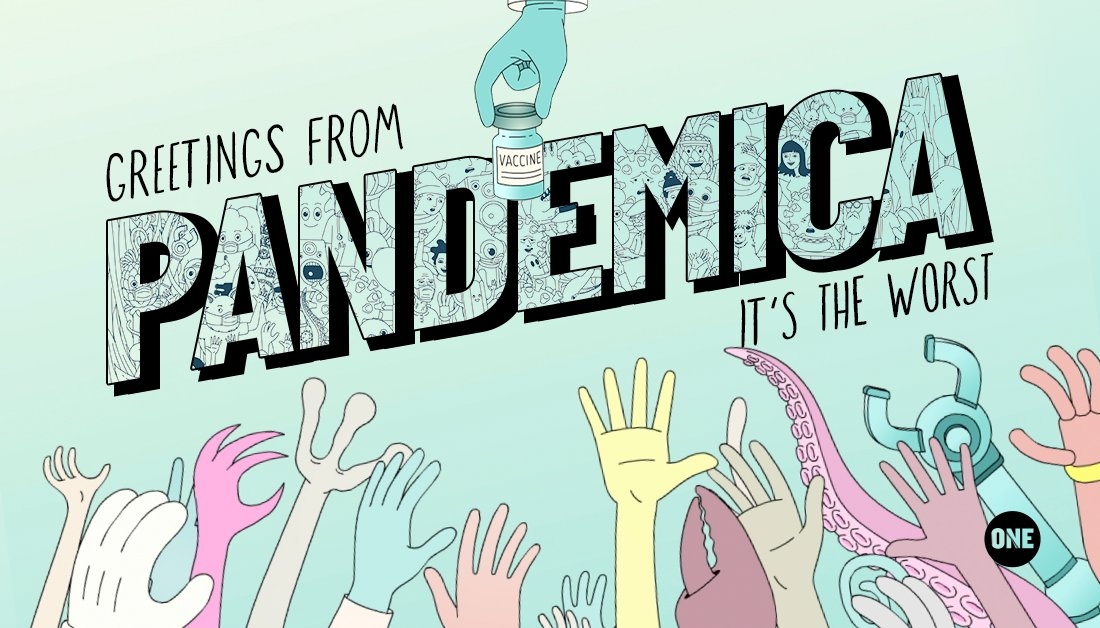