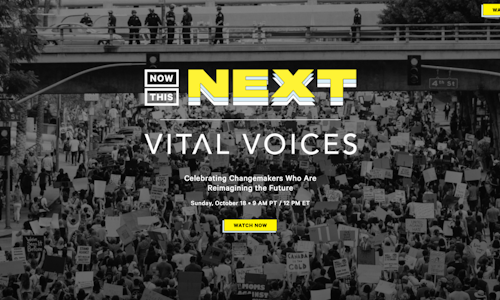 2020 was a year of unparalleled challenges, where women bore the brunt of our global struggles but also stood out for their powerful leadership. At this critical juncture — and one week before arguably the most important election of our lifetime — NowThis, the no. 1 most-watched news brand globally on social [Source: Tubular Labs, January 2021], came together with the nonprofit, Vital Voices, and presenting sponsor P&G, to launch the media brand’s first-ever event franchise, NowThis NEXT, to celebrate, inspire, and encourage women on the frontlines of change.

NowThis has always been at the forefront of identifying the next generation of leaders and doers. When we lend our megaphone or shine our spotlight on someone, we give the world access to the future faces of change. Our goal with NowThis NEXT was to be an engaging platform for these future women leaders to be seen and heard, and to help them reach new audiences, alongside the trailblazers and ceiling-breakers who came before them.

Amidst a year marked by turmoil, a global pandemic, and national unrest, NowThis and Vital Voices joined forces to spark hope, inspire progress, and shine a light on women on the frontlines of change. In advance of a pivotal election, NowThis and Vital Voices produced NowThis NEXT, a three-hour star-studded virtual event, streamed across NowThis’ Facebook, YouTube, and Twitter channels, covering topics including the power of the Black vote, ending the cycle of violence against women, combatting racial bias in STEM, closing the gender chore gap, and more. For decades, Vital Voices has identified and invested in women leaders — NowThis Next sought to amplify the work of these women and pass the proverbial torch to the next generation of changemakers. More than an event, we created a digital movement, breaking down barriers, inspiring activism, and driving donations.

NowThis NEXT was intended to reach the passionate and purpose-driven Gen Z and Millennial audiences across NowThis’ channels -- specifically our highly engaged 18-34 year old female audience. In order to meet our young audience where they are, we streamed our event live across YouTube, Twitter, and Facebook, and created dozens of shareable social extensions across Instagram Stories and IGTV (our most engaged platform for women under 34 years old) to reach more young viewers outside of the live broadcast.

We also wanted to weave in presenting sponsor P&G's portfolio, with each brand getting its own creative treatment bespoke to its singular connection with the NowThis audience. Each P&G segment beautifully honored the message of the event in its own way, offering unique inroads to some of NowThis NEXT’s biggest themes: self-expression, self-care, and disrupting social norms, among others.

Creating NowThis's first major live event during COVID-19 was as ambitious as it was galvanizing, pushing us to find innovative solutions to production challenges. Powered by our P&G partnership, NowThis NEXT offered unique inroads to some of today’s biggest issues with custom segments for several of P&G’s brands including Olay, Dawn, Swiffer, Pantene, My Black is Beautiful, Aussie, and Hair Biology.

The event, co-hosted by Seth Meyers, Bozoma St. John, and NowThis’ Zinhle Essemuah, featured powerful and diverse artists, political leaders, and entrepreneurs, including Hillary Clinton, Stacey Abrams, Amanda Gorman, Tracee Ellis Ross, and Diane Von Furstenberg discussing some of today’s greatest challenges and urging the audience to take action. The event concluded with a digital debut of JoJo’s anthemic song “The Change” urging our audience to be the change they want to see in the world.

Following the live event, assets, conversations, keynotes, and performances were edited, optimized, and rolled out across NowThis’ social channels. Recordings were available on VOD via Roku and Xumo. The groundbreaking event racked up over 12 million video views on social, garnered hundreds of thousands of engagements, and received widespread media coverage, including in The Hollywood Reporter, for the innovative and celebrity-studded approach to NowThis’ first-ever event franchise, along with these additional results:

Video for NowThis NEXT 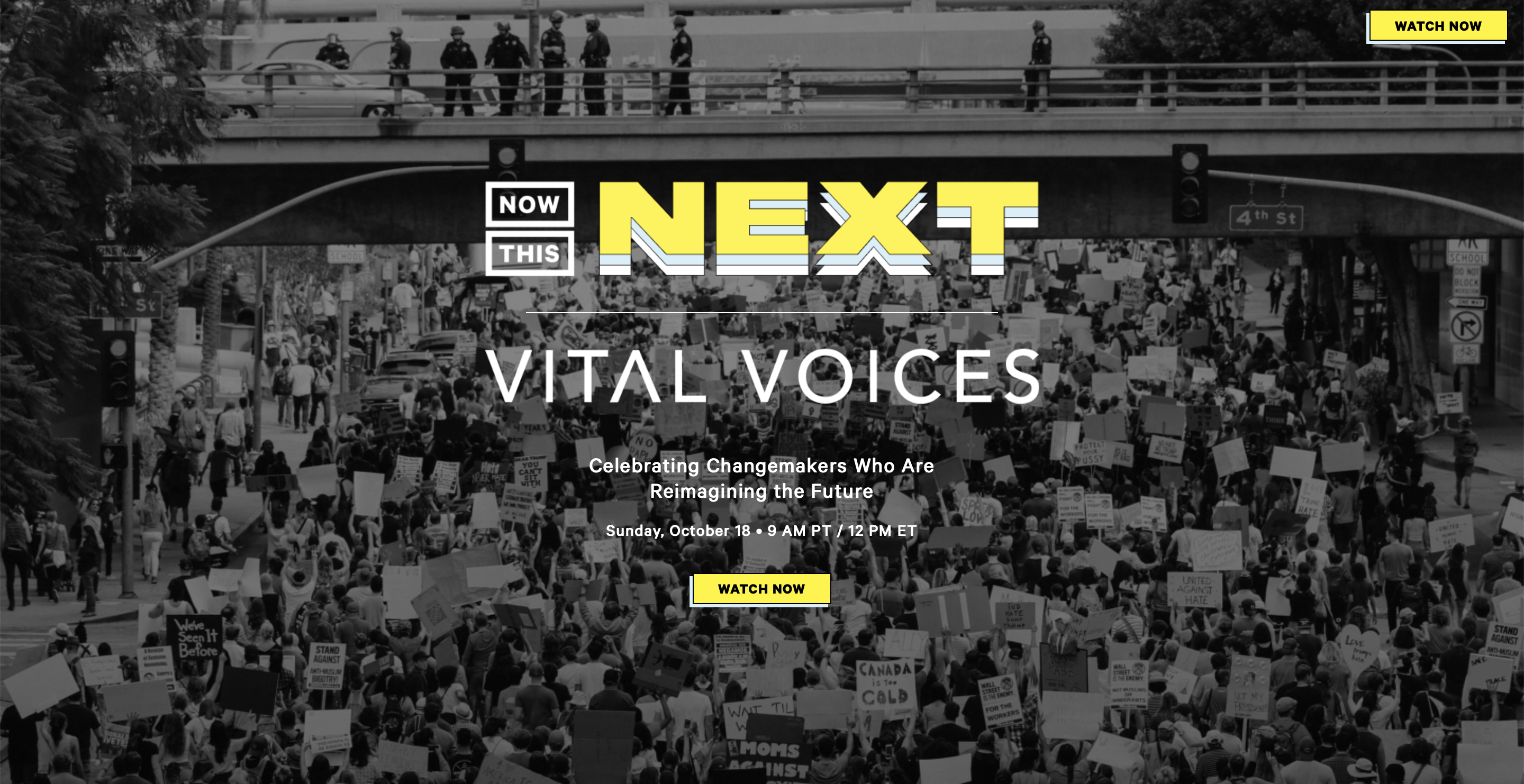