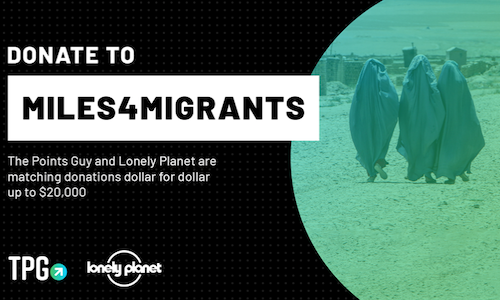 When the crisis struck in Afghanistan, we at The Points Guy knew we had to use our industry connections and platform to do whatever we could to help. Thousands of Afghans are trying desperately to be evacuated from the country as America’s longest war comes to a traumatic end.

Here at The Points Guy, we believe that travel can be used as a force for good and we try to support nonprofit organizations that use travel to help those in need as much as possible. Our goal was to raise funds and miles as well as awareness for the thousands of Afghans seeking refuge. We wanted to partner with an organization that we could trust and that directly uses donations to bring people to safety.

We decided to partner with Lonely Planet, our sister company and another trusted travel brand, to raise money for Miles4Migrants to help refugees in Afghanistan and around the world. Miles4Migrants uses frequent flyer miles, credit card points, and cash to help people impacted by war, persecution, or disaster start a new beginning in a new home. They partner with other nonprofits to identify refugees, asylees, asylum-seekers, and their immediate family members who have legal approval to travel but cannot afford airfare. Miles4Migrants has over 45 partners including the International Red Cross and the US Department of Homeland Security. Miles4Migrants has flown over 5,000 people from 78 countries of origin to new homes, through redeeming over 85 million miles.

On Afghanistan, Miles4Migrants said, “We have been working expeditiously with our charity partners to help families escape the Taliban takeover of the Afghan government. Miles4Migrants remains firmly committed to assisting our partners in getting Afghan families to safety.”

After a donor pledges an amount of miles, the flight booking team at Miles4Migrants works to match your miles pledged to an individual in need. Oftentimes, the donor will receive a story and photo of the person or family that their miles are helping fly.

The campaign was live from August 16th, 2021 - September 20th, 2021. The Points Guy promoted the campaign on our site, in our daily and weekly newsletters, and on all of our organic social media channels including Twitter, Facebook, Instagram and LinkedIn. We received 256,895 impressions across our organic channels. Readers shared positive, appreciative comments with us such as one that read: “What a great organization! Thank you for highlighting the amazing work that they do.”

These donations will fly around 500 people, or approximately 143 families, to safety. The miles and dollars raised will be used to book travel for individuals and families in Afghanistan as well as the following countries: Lebanon, Yemen, Turkey, Guatemala, Mauritania, Palestine, Sudsan, Pakistan, Ethiopia, Syria, DRC, Liberia, Haiti, and Honduras. Refugees will be brought to the United States, The UK, Canada and Belgium.

Miles4Migrants reported that this is the second-highest number of miles raised in any partner campaign and also one of the highest cash amounts they’ve been able to raise. 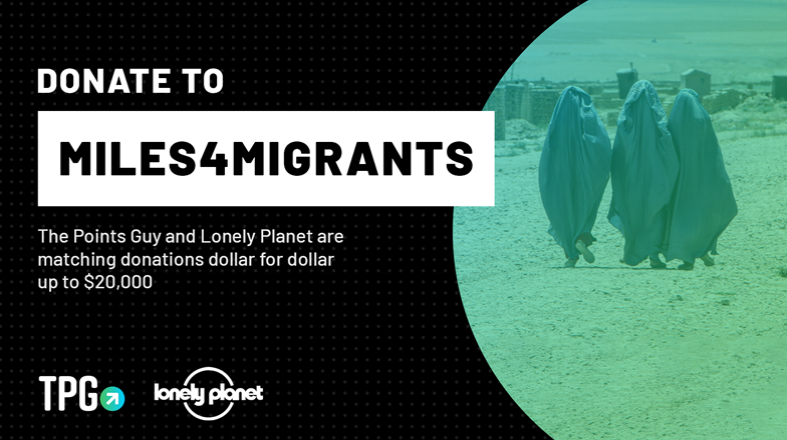 The Points Guy and Lonely Planet