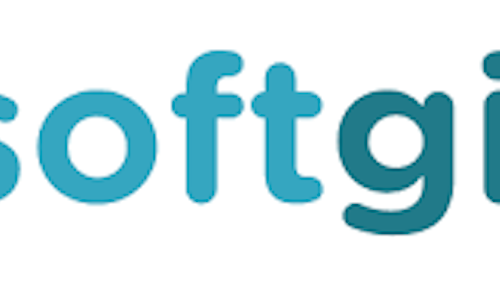 For the Love of Gaming

The meeting wasn’t coincidental, but a result of a strategic partnership built by Softgiving, a company that offers virtual fundraising and marketing solutions for an array of charities and brands.

The objective was simple: encourage the gaming community to give back and improve the lives of children in hospitals. As Games for Love puts it, to “let kids be kids.” Given the incredible challenges posed by 2020, asmongold felt it more necessary than ever to host a charity stream and rally his community.

As it was his first charitable effort, asmongold set a goal of $50,000. But the talent would quickly leave that number in the rear-view mirror,

With both strategic insight and technological prowess, Softgiving provided the foundation for one of the most impactful charity campaigns of the gaming community in 2020:

After taking into account all of Games for Loves’ goals and principles for the campaign, Softgiving connected with asmongold. The streamer shared many of the same goals and also had an audience that would be receptive and eager to participate.

In addition to building partnerships, Softgiving helps brands, charities and streamers raise charity awareness and endowment through the creation of unique incentives and ways to entertain audiences.

Leaning on past successful campaigns, Softgiving developed a run-of-show that was grounded in proven metrics. And with a platform that could be implemented on any stream, Softgiving rose to the technical challenge.

These strategic and creative insights were especially evident during asmongold’s second charity stream. On his way to Q1’s largest, non-endemic stream (per Streaming Hatchet) asmongold ate his first-ever salad (when donations hit $50K) and took a shower (at $100K) - two stimulating ideas implemented by the Softgiving team that quickly gained traction and raised awareness for the charity campaign.

The results of this partnership far exceeded what anyone could have anticipated. The initial charity stream shattered asmongold’s goal of $50,000, raising more than $370,000 behind half a million live hours watched. Perhaps more impressive still was the domino effect this success and kindness would have.

With such an impactful outpouring from the community, asmongold decided to host a second campaign, which featured other members of asmongold’s collective. That campaign was also a resounding success, coming in at over one million total viewers, leading to a third campaign.

After three campaigns (in less than six months), and under Softgiving’s direction, OTK had helped Games for Love amass:

These metrics of course are only part of this platform’s success. In addition to incredible awareness for Games for Love, Softgiving helped elevate OTK’s appetite and excitement for charity streams, a long-lived impact that is sure to benefit other nonprofits and charity organizations in the future.

Video for For the Love of Gaming