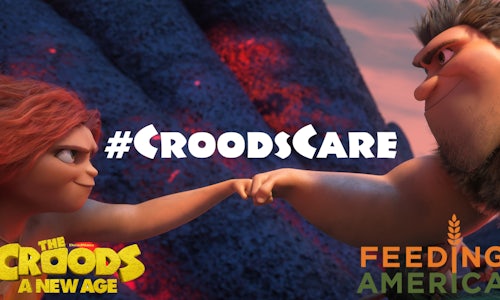 The holidays in 2020 were especially tough on a lot of families as we experienced the Covid-19 pandemic. In advance of the Thanksgiving theatrical release of The Croods: A New Age, Universal Pictures and DreamWorks Animation partnered with the nonprofit organization Feeding America® for a groundbreaking three-tiered campaign to help provide one million meals* for families in need during the holiday season.

The Croods: A New Age celebrates the strength, power and importance of family, and reminds us that the word “family” extends far beyond people we’re related to.  Universal Pictures and DreamWorks Animation were excited to join forces with Feeding America to help provide some security and comfort to the families during the holiday season.

First, Universal launched the #CroodsCare Social Initiative on Twitter. The Croods are all about being good neighbors, and fans were asked to use the hashtag #CroodsCare, tagging their neighbors or loved ones. For each tweet using #CroodsCare, Universal and DreamWorks Animation made a donation towards the overall goal of 1 million meals*.  This was announced by Ryan Reynolds appearance on The Today Show where the initiative was launched both on-air as well as across The Today Show’s social channels. Following the announcement on the Today Show, a press release and a video from the cast of the film including Ryan Reynolds, Emma Stone, Nicolas Cage and Leslie Mann, were simultaneously released.

Third, Universal launched a “Virtual Fruit Drive” on Nintendo’s blockbuster online video game platform, Animal Crossing: New Horizons. Fans playing the game were able to donate a virtual piece of fruit to “Croods Cove” island, which allows players to explore the universe of The Croods: A New Age. (To access the island, players can use Dream Code: DA-1282-8266-2121.) Every virtual piece of fruit donated to the island between Nov. 23 and Dec 31 translated into the monetary equivalent of one meal* that Universal donated to families towards the overall goal of donating 1 million meals.

The #CroodsCare campaign received a 99% positive sentiment on Twitter and was extremely well received across all other social platforms (Facebook & Instagram) as well with over 100M potential social impressions. The campaign was reposted by family influencers and celebrities (including Ciara 11.5M Followers, Chuck Liddell 808K Followers, Alison Sweeney 601K Followers, AJ McLean 375K Followers, Adina Porter 156K Followers). It was also reported across 30 press sites (Yahoo, Today.Com, Daily Motion etc) including a great piece on Collider highlighting the fruit drive on Animal Crossing saying “This Thanksgiving is going to be difficult for many people. A global pandemic has grounded many folks from being able to travel and spend time with their families in the same room, and that same global pandemic has further cut the financial legs off of many folks who are simply trying to survive. Do you want to help? You absolutely can — in the most wholesome way possible.”

“We are grateful to our friends at NBCUniversal for their continued efforts to help alleviate hunger across the United States, including their multifaceted #CroodsCare campaign for The Croods: A New Age,” said Lauren Biedron, Vice President of Corporate Partnerships at Feeding America. “They were able to help provide 1 million meals to our neighbors in need at a crucial time when so many were feeling the effects of the pandemic, along with raising invaluable awareness for our network and the work we are doing to help end hunger in America. Thank you, NBCU!” 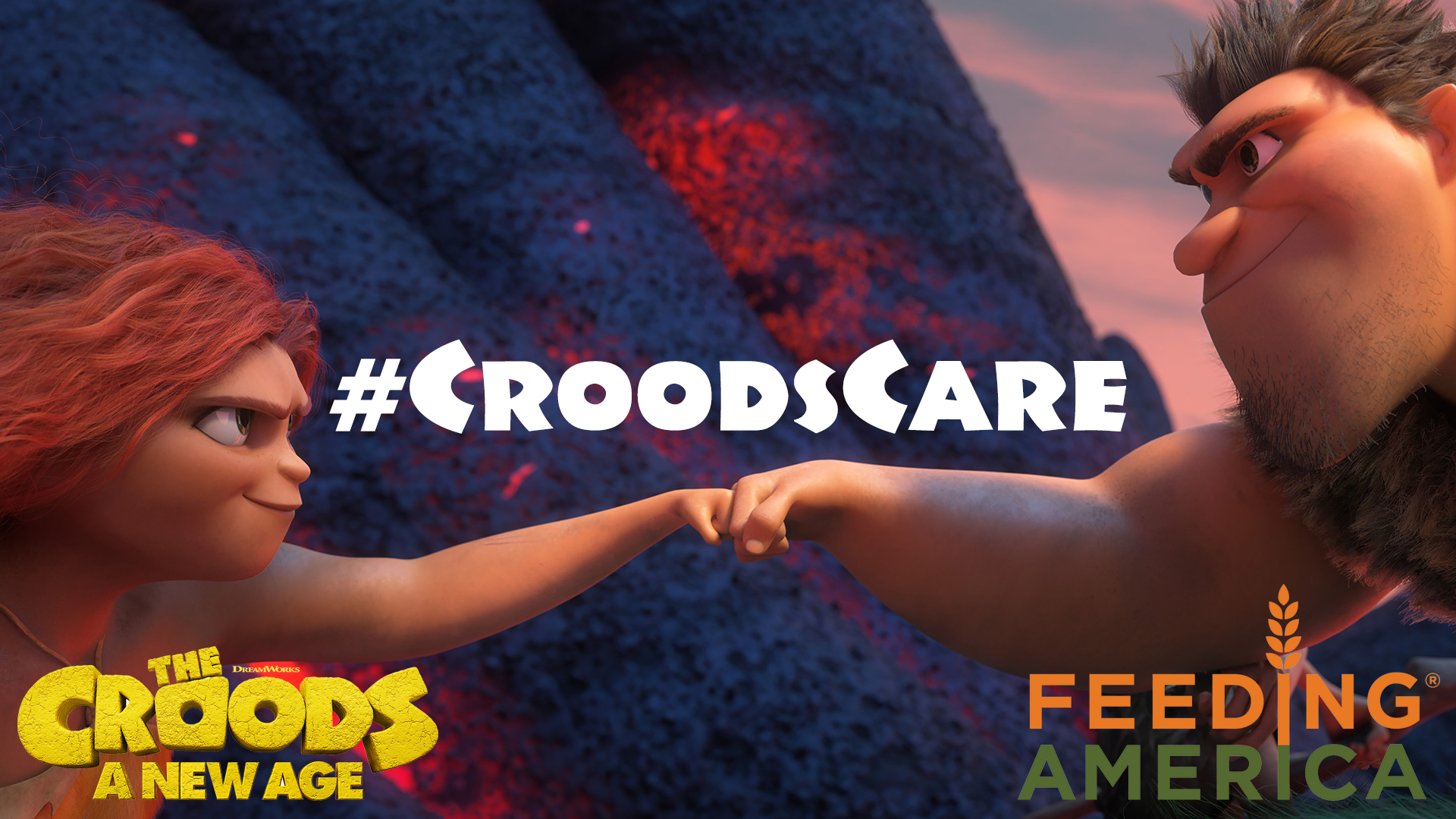