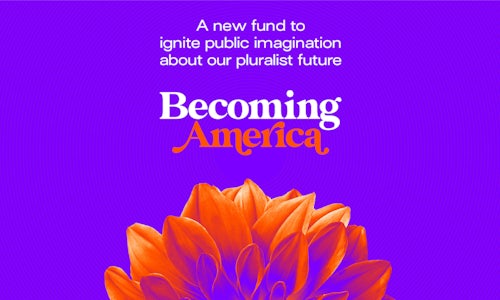 Throughout America’s history, the most transformative political advances—from slavery abolition to Reconstruction, “I Have a Dream” to the election of Barack Obama, the DREAMers, Love Is Love, and the Movement for Black Lives—have been achieved by organizers, artists, and movements working together to awaken and harness people’s deep yearning to belong in a pluralist America. The cultural tug of war between belonging and exclusion often sparks a portal moment—a cracking open of the public imagination—through which we can see a glimmer of the pluralist nation we could become.

Our nation is now in the midst of another such moment: a once-in-a-generation instance when tens of millions of Americans are choosing to begin the hard and delicate work of belonging together in a just society. With the 2020 election behind us, the COVID-19 pandemic challenging us to recommit to our civic purpose, and the killing of Black people by police still fueling widespread demands for structural change.

In 2020, the Pop Culture Collaborative launched Becoming America to create a narrative environment through pop culture content and audience experiences that immerses tens of millions of people in a galvanizing story of the pluralist nation we are becoming.

By centering Black, Indigenous, People of Color (BIPOC), immigrant, and Muslim creators, organizers, strategists, and influencers (especially those who are women, trans, nonbinary, queer, and disabled) Becoming America encourages the rejection of the exclusionary systems that define our country’s past and present, and embraces the transformative ideas that can shape our future.

Becoming America launched in 2020 as an initial $3.5 million year-long initiative, designed to support pop culture artists, entertainment companies, and social justice movements who are working together to create a pularist nation in which everyone belongs.

Examples of Becoming America supported projects and people include:

Offsides Productions released “What to My People Is the Fourth of July?,” a collaboration with the Movement for Black Lives, starring Hamilton’s Daveed Diggs  inspired by Frederick Douglass’s historic speech, “What to the Slave is the Fourth of July?”. The video has more than 25 million views to date and garnered coverage from CBS This Morning, NowThis, and The Hollywood Reporter. Election Defenders, which brought Joy to the Polls through its nonpartisan movement to make voting a celebration, organizing artists, DJs, and musicians to provide roving concerts at polling sites around the country and sparked international coverage in outlets like The Guardian, BuzzFeed News, and The Rachel Maddow Show. The Becoming America Festival celebrated a generation and its power at the polls. From October 30 to November 1, 2020, influencers on Tik Tok, Instagram, and YouTube performed, shared personal stories, conducted interviews, and more with the goal of inspiring and engaging young people to vote. Participants Yara Shahidi, who sat down with activist Angela Davis on Instagram; and TwinsthenewTrend, who discovered Sam Cooke’s “A Change is Gonna Come” on YouTube. The TwinsthenewTrend video has had over 224,000 views on YouTube.  Additional projects ranged from IllumiNative’s The Time Is Now campaign to change the name of the Washington Football team; a series of essays published in The Guardian by award writers women of color on the import of the election on their communities for the “We Will Emerge” campaign from PEN America; and direct investment in building the public thought leadership of pluralist visionaries ranging from Black trans journalist and content creator Imara Jones to organizer and author Ai-jen Poo.

Projects were identified and supported in order to help seed a new narrative environment driven by three cultural shift priorities: The Abundance Mindset, The Seekers Mindset, and The Upstanders Mindset. These cultural shifts are at the heart of Becoming America and come together to create a new narrative ocean in the United States, one that builds our collective yearning to co-create a pluralist culture—and engage in the hard and delicate work of belonging together—as the heartbeat of a just society.

Overarchingly, Becoming America supported the creation and distribution of over 50 pieces of content, ranging from film, podcasts, essays, and fandom activation projects, that reached more than 100 million people. Some of these projects, including “What to My People is the Fourth of July” and “Joy to the Polls” exhibited outstanding success. The former reached over 10 million views, and received coverage in national media including CBS This Morning, The LA Times, and People, and supported the Movement for Black Lives’ campaigns against police violence and voter suppression, increasing their social media followers by over 50,000 people in the two weeks and helping sign up over 3,500 people for the main M4BL campaign list.

Joy to the Polls reached over 7 million people and over 50 playlists were created on Spotify by artists and influencers including Selena Gomez, Lin-Manuel Miranda, Questlove, Spoon, the Foo Fighters, and even Barack Obama.

Becoming America also partnered with some exemplary people through the Pluralist Visionaries Program including Imara Jones and Eric K. Ward. Imara Jones is an Emmy and Peabody award-winning journalist, intersectional-news producer, and creator of TransLash -- a podcast recognized by Spotify’s #2020Wrapped Honoree. Eric Ward is a nationally-recognized expert on the relationship between authoritarian movements, hate violence, and preserving inclusive democracy and is the recipient of the Peabody-Facebook Futures Media Award. 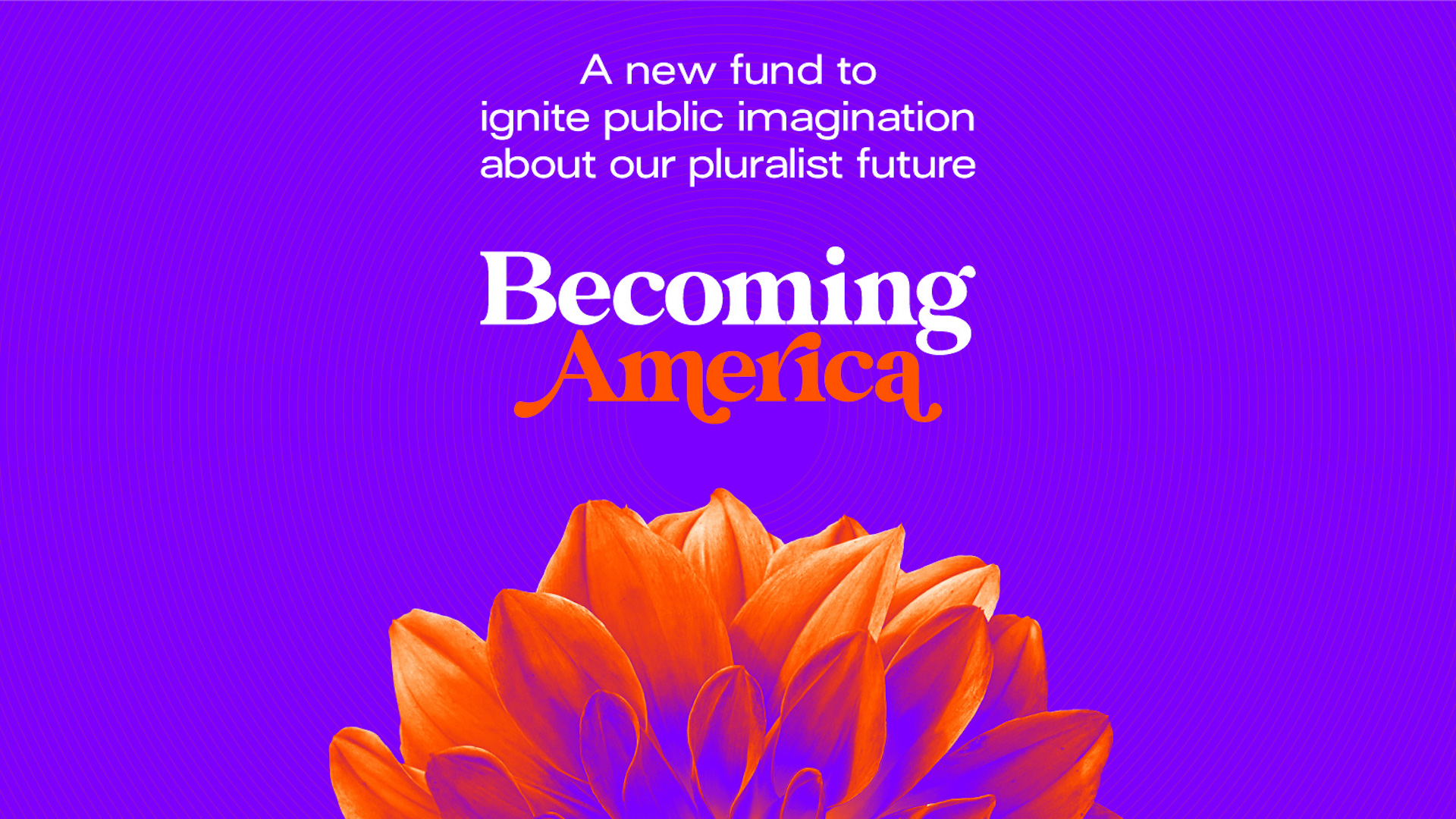