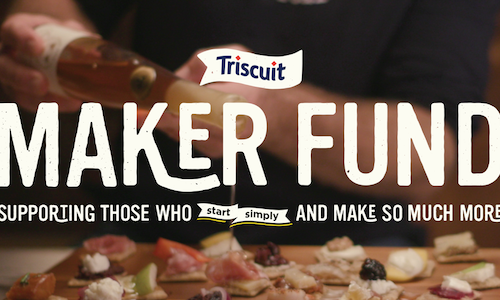 When you place a TRISCUIT cracker on a plate, it becomes a blank canvas. Creativity begins. In 2014, the TRISCUIT team asked itself a new strategic question: how can we grow the business by celebrating TRISCUIT as the cracker for co-creation? TRISCUIT stands for the belief that inspired creativity starts from something simple, and the brand began looking for ways to empower small businesses that feel the same.

In 2015, TRISCUIT searched for and found 5 artisanal food Makers that formed the basis of a year long media campaign. Each maker shared their story along with recipes for how their products could be combined on a TRISCUIT cracker. Sales were up and brand sentiment was positive – success!

In 2016, the brand considered the possibility of a significant and profoundly meaningful contribution to the wider foodie community. What could TRISCUIT do that would make a difference in the lives of foodie makers, and inspire them to share about TRISCUIT?

After hours of research and planning, The TRISCUIT Maker Fund was born. In collaboration with Indiegogo, one of the world's largest crowd funding sites and a platform dedicated to helping bring entrepreneurs' dreams to life, TRISCUIT secretly and spontaneously funded dozens of artisanal food makers whose products could complement a TRISCUIT cracker. TRISCUIT and Indiegogo went on to celebrate their stories in TV ads and on social media to raise their profile and help contribute to their long-term success, while also showcasing delicious artisanal foods to pair with a TRISCUIT cracker.

The TRISCUIT Maker Fund became a one-time flash-funding event on Indiegogo during which TRISCUIT surprised 55 different food makers across North America with a combined total of $250,000 in donations to their live fundraising campaigns.

The key features of the campaign:

The flash-funding took place on March 23. The event was unannounced; the chosen Indiegogo campaigners had no idea they were to be recipients of a donation that in some cases was upwards of $10,000 -- at least until the deposit notification hit their inbox. This surprise element led to an outpouring of both disbelief and joy across Indiegogo and TRISCUIT social media platforms. For some, the donation was so significant to their small business that their praise for the program was downright emotional!

The funding was announced at a press event hosted by Giada de Laurentiis. At this event, Giada moderated a panel on the artisanal food movement, which included Indiegogo Co-Founder and Chief Business Officer Slava Rubin, to discuss why it's so important to preserve creativity in food, and support those who are making it. This event attracted top media in the foodie and lifestyle space across the US and Canada and gave them an attractive story by drumming up anticipation and excitement leading into the official kick off as well as providing plenty of fodder for sharing on social media. The press in attendance were just as surprised as the makers we funded!

The strategic relationship with Indiegogo was a truly collaborative effort among agency partners and proved vital, as they were able to celebrate the chosen campaigns and promote the flash-funding to their network. Indiegogo worked extensively with the brand in advance to help surface the most appropriate and compelling campaigns.

This is the first branded flash-funding program in Indiegogo's new enterprise crowd funding service offering, and the first engagement of this kind for The TRISCUIT brand. This collaboration is now a case study in how to accomplish big brand results from specialized community platforms, and serves as a breakthrough example for how other brands can do the same.

The TRISCUIT Maker Fund campaign was a success for both TRISCUIT and Indiegogo. For a fraction of the cost of Paid Media impressions, TRISCUIT received hundreds of acknowledgements, posts, comments, and shares. All told, the campaign garnered more than 630 million total impressions from PR, digital and TV.

By tapping into Indiegogo's network and the makers on their platform, TRISCUIT could support the entrepreneurs who embody the creativity they look to promote. As the first brand to celebrate and "flash fund" food makers in a coordinated way, TRISCUIT is now positioned as a leader in the Maker Movement– with an authentic commitment to "Made for More" and "Makers of More."

TRISCUIT has also gained invaluable experience from working with Indiegogo campaigners on how to continue on this path.PR – 380 million media impressions 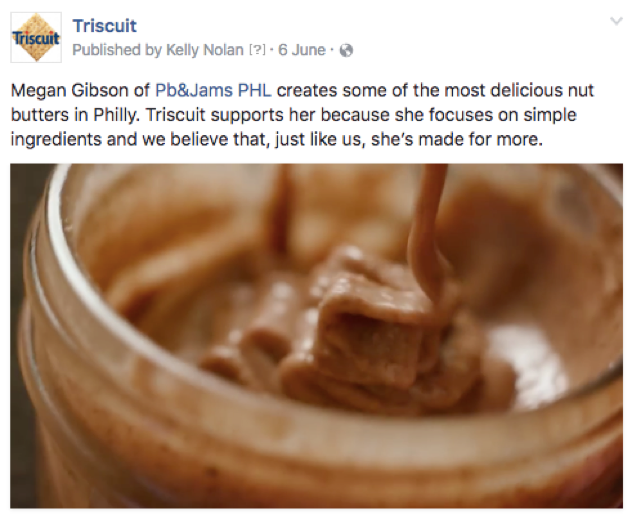 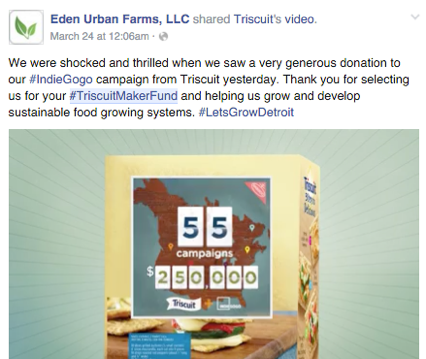 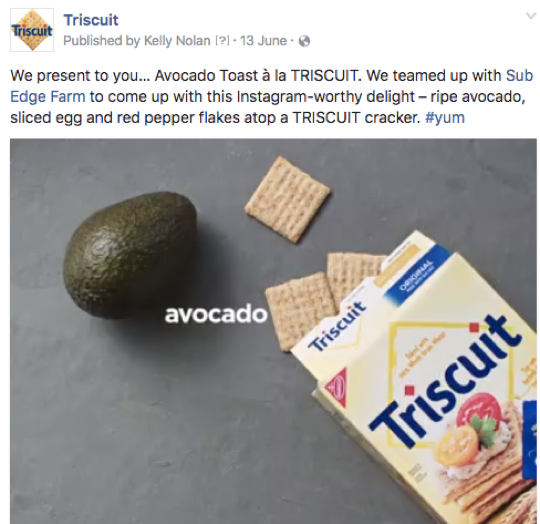