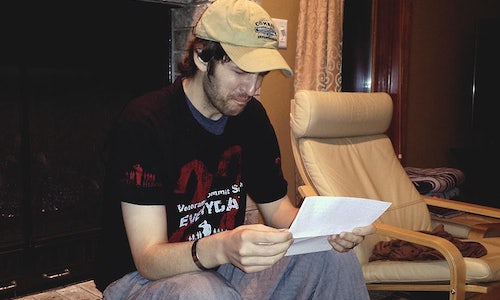 theCHIVE Sees Veteran's Last Wish Through With $330K In Donations

In July 2015, U.S. military veteran and post-traumatic stress disorder spokesperson, Maj. Justin Fitch, wrote to us expressing that he was dying of terminal colon cancer. His letter explained that he had a final wish to build a therapy cabin with the help of the 501c3 non-profit Active Heroes. The cabin, to be located on 144 acres in the Kentucky wilderness, would serve as a sort of family sanctuary for those suffering from severe PTSD. The idea, Fitch explained, was to provide a preventative measure for veterans at particularly high risk for suicide.

In a letter to our charity wing, Chive Charities, Fitch said he didn't have long, stressing that it could be a matter of months or even weeks before his battle with cancer would end. Our goal then was to harness the power of our online community so that Fitch could see the realization of his exceptionally compassionate dream before he passed away. The objective was to use all the outlets and avenues available to us, from our charity resources, to our social media team, to our fleet of websites, to meet and surpass the the original goal of $78,000 that would allow their team to build one cabin. We then outlined the steps we'd need to keep social engagement as high as possible for such a long-term project.

From the onset, we understood this would require a companywide effort. Our first step was apparent: We needed to lift the project off the ground, to provide a certain urgency to Fitch's last wish. We donated $25,000 from our special Chive Charities Fund, a reserve of money that's bolstered by contributions from our online community of monthly donors. With that initial boon, Active Heroes was able to provide a paved road to the site. They selected a name, the Family Resource Center, and began clearing brush at a serene location just outside of Louisville, Ky.

Then, after setting up the GoFundMe page, we used our website, theCHIVE.com, as a platform to tell the veteran's story, asking our community to start donating to this worthy cause. The narrative of theCHIVE's president, John Resig, exchanging letters with Fitch, personalized the story and generated great care and concern from our community -- enough to raise $100,000 within only a few hours. Within two days, our community provided more than $270,000 to the cause.

Then, our social team got to work developing their side of the campaign. They created a hashtag, #JustinFitch, and posted it across all of our social media outlets (Instagram, Facebook, Twitter, etc.) to promote awareness for Fitch's wish and to celebrate the success of the campaign. Soon after, construction began on the Family Resource Center. But not for one cabin; we had raised enough for three.

Then, in October 2015, despite weeks of hard and quick work from his supporters, Maj. Fitch passed away at the age of 33 without seeing his project come to full fruition. We again posted on theCHIVE's website and social media accounts to update our community on the sad news. But more than that, we encouraged them to use the hashtag #FinalMission. The goal was to remember the veteran, to laud his efforts, and to again raise awareness for the cause upon which he had so tirelessly worked since returning home from combat: suicide prevention. Tens of thousands of dollars were again raised, bringing the total to more than $330,000.

What makes our push for Maj. Fitch most unique, we believe, is the way we harnessed the power or our community. We kept them informed, which kept them engaged, which inevitably kept them actively involved in seeing this veteran's dream all the way through.

On Memorial Day weekend 2016, Maj. Fitch's final mission was accomplished. The brand new "Fort Fitch," a two-bedroom, two-bathroom cabin for veterans and their families, opened its doors to great acclaim. Finally, Justin's desire to reduce the number of military-related suicides from 22 a day to zero had a real and solid foothold in the Kentucky wilderness. Now a plaque on the front door reads: "'We are here to lighten your burden. Herein you shall find a sense of belonging, place and purpose' — Justin Fitch."

We let our community members know of the cabin's completion and encouraged them on theCHIVE and our social pages to join the conversation with a hashtag again, this time named #KCCOSalute. We were again able to raise funds for Active Heroes with this effort. 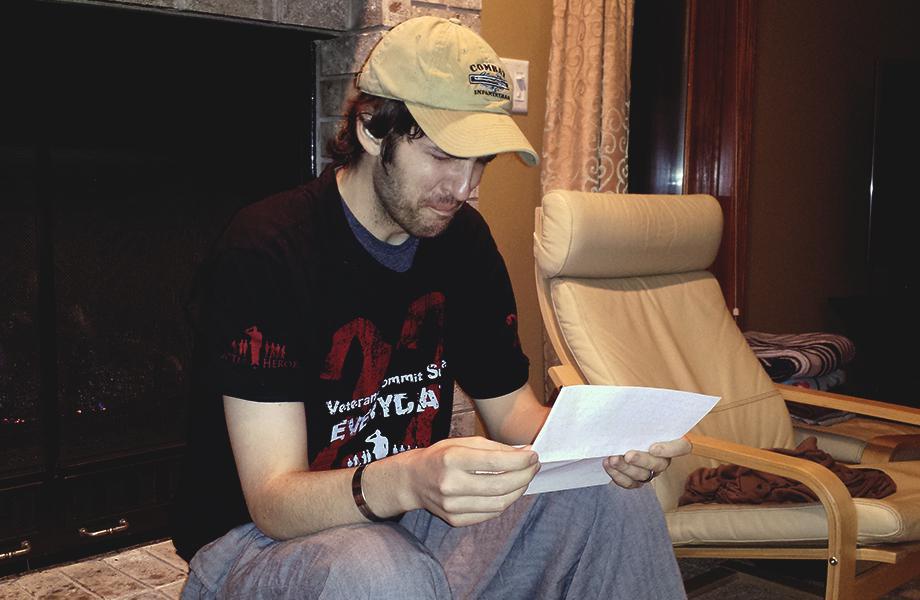