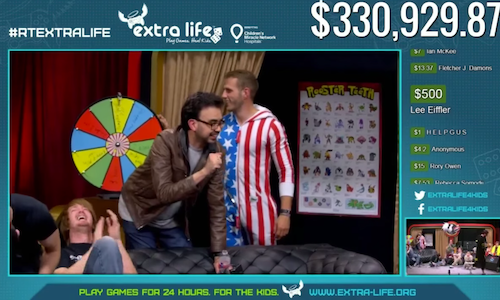 On November 7, 2015, Rooster Teeth produced 24 hours of livestreamed entertainment to support Extra Life, a charity that raises money for local Children's Miracle Network Hospitals where thousands of children are treated each year, regardless of their family's ability to pay. Rooster Teeth raised $569,150.08 in 24 hours in 2015, and Extra Life earned more than $8 million that year. These kids face scary stuff like cancer, cystic fibrosis, and injuries from accidents. Rooster Teeth was part of a huge international celebration of the social impact of gamers, which solicited monthly pledges or one-time gifts that went directly to team members' chosen hospitals. At Rooster Teeth we know that our audience are largely gamers. While there's a generally negative perception of gamers in society, e know this is a false stereotype. When Rooster Teeth calls on its fans to support a cause, we can count on them to help us raise more money than most organizations could only dream of.

Extra Life unites thousands of players around the world in a 24 hour gaming marathon to support Children's Miracle Network Hospitals. Since its inception in 2008, Extra Life has raised more than $22 million for local CMN hospitals.

In order to maximize our 24 hour livestream for donations we did what Rooster Teeth does best: we turned the livestream into an interactive game that engaged our fans and had them donating to advance us through each level along the path to our goal. We announced a set of goal markers and with each promised new entertaining segments with special guests. When we hit $200,000.00, there was an epic rap battle. When we hit $300,000.00, one of our gaming influencers shaved his iconic beard.

In addition to a list of achievements to unlock, we included a "Wheel of Destiny" that was spun every time someone donated $1,337.00. Whatever task the wheel landed on, those on-screen would have to complete, and guests were doing everything from a set of ten jumping jacks to constructing a human pyramid.

Over a decade and a half, Rooster Teeth has built a passionate community by respecting and considering their influence in everything that we do. Rooster Teeth doesn't have an audience in the traditional sense, what we've built more closely resembles a family. Our fandom exceeds 28 million YouTube subscribers, and more than 2 million more across social media. Leading up to and during the livestream, our in-house talent and influencers spread the word across social media to guarantee a high rate of tune in. Our influencers were not hired to participate in this campaign, they participated because they felt strongly about using their influence to generate awareness and funds for something they wanted to impact. Their fans responded in droves to the honest and authentic posts shared across the web in coordination with the campaign.

We made it fun(ny)

Serious issues like raising money for children who cannot afford hospital care don't always need mournful messaging to drive impact. Laughter was something Rooster Teeth knew we could accomplish and felt was needed to relieve the tension that concerns charitable campaigns. And Rooster Teeth does funny really, really well. Within 24 hours we accomplished some of the craziest, wackiest stunts we'd ever attempted, all in the service of helping those in need. The cast of one our most popular shows read excerpts from 50 Shades of Gray, one influencer taste tested a condom, and another burned his own shoes.

Overall we kept it fun and entertaining and exceeded our goals.

Rooster Teeth sold 20,518 exclusive Extra Life Posters within the 24 hours and contributed the proceeds to the total amount raised.

Rooster Teeth has raised over $1.5 million for Extra Life over the last three years, with 2015 being our most successful year to date. 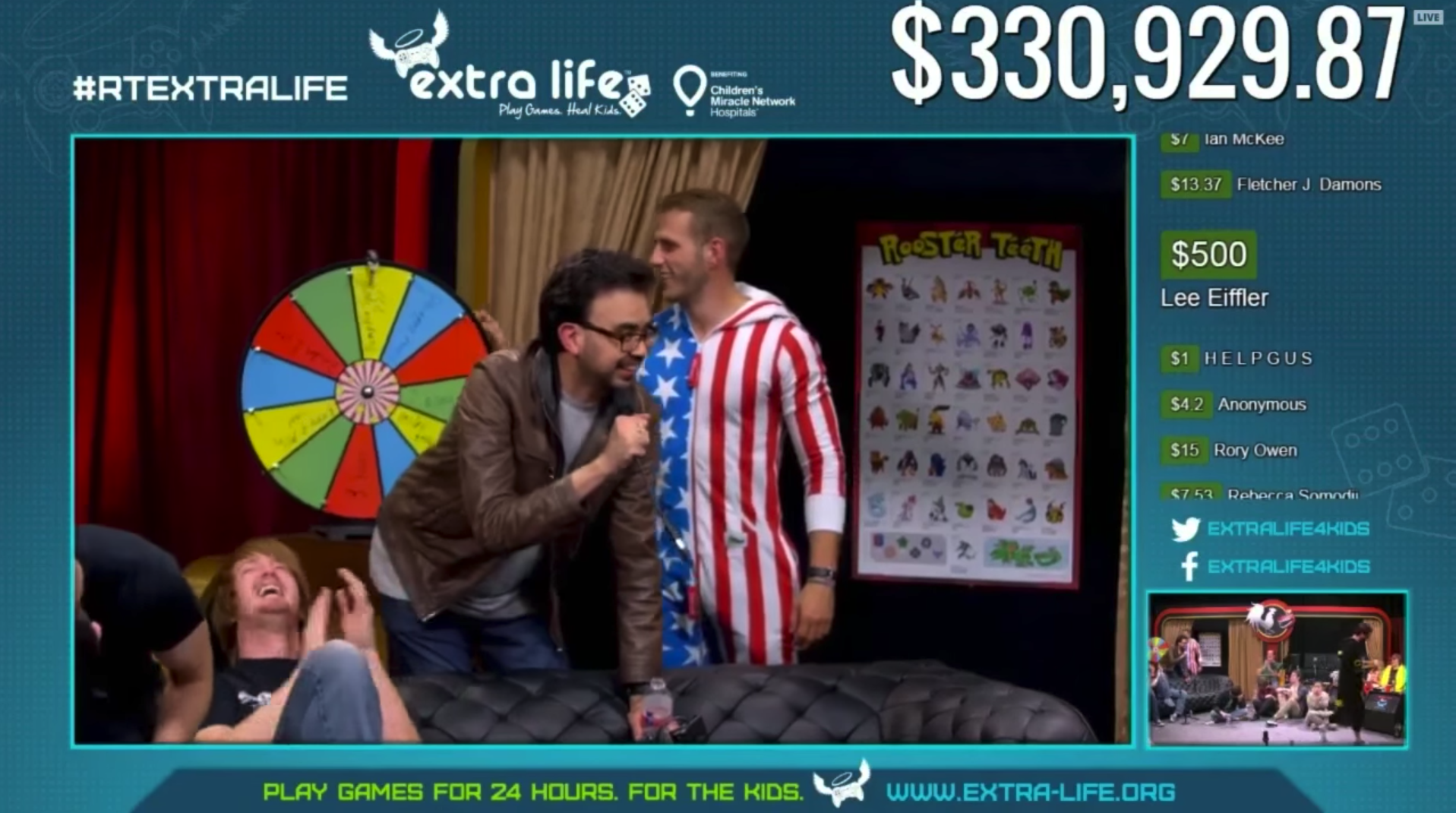