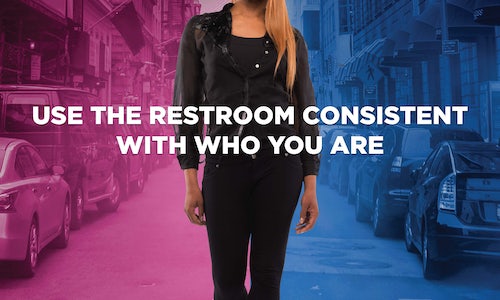 At a time where state governments and political leaders in some municipalities have been attempting to strip rights away from transgender people, New York City Mayor Bill de Blasio and the Commission on Human Rights took a stand and made clear that safe bathroom access is a human right for all New Yorkers in a large-scale digital and outdoor advertising integrated media campaign.

Because safe and equal bathroom access is a fundamental human right, as well as the law of the land in New York City, the NYC Commission on Human Rights launched the nation's first government-led citywide ad campaign affirming every New Yorkers' right to use the bathroom consistent with their gender identity and expression. It has been illegal in New York City to discriminate against an individual on the basis of gender identity or expression, including denying access to bathrooms, since 2002.

In celebration of Pride Month, The NYC Commission on Human Rights rolled out an integrated public education campaign to increase awareness of the protections and rights offered to New York City's transgender community in both the transgender and cisgender communities, while driving awareness of action steps individuals can take should they feel they have been discriminated against.

The campaign asked New Yorkers to "Look Past Pink and Blue", and reaffirmed the City's commitment to clearly telling citizens to "Use the restroom consistent with who you are". An associative hashtag, #BeYouNYC, became a rallying cry for the campaign and the LGBT movement during Pride Month. The ads feature real transgender New Yorkers: a transgender woman and full time mom of a 2 year old boy from The Bronx and, a transgender man and health care professional from Brooklyn. Launched on June 6th, the campaign featured advertisements on subway cars, bus shelters, phone booths, ethnic and community newspapers, social media across various platforms, and digital banner advertisements in targeted media.


Given the visual nature of the campaign, out-of-home advertising was combined with investment in various digital media advertisements on Facebook, Twitter and Instagram. Two online videos, produced jointly with Mayor's Office on Media & Entertainment, focused on transgender adult and youth narratives were launched in mid-June. Once again, the Commission ensured real New Yorkers would tell the story most effectively. The campaign videos featured Ky Platt, a Bronx resident and father of a 7 year old boy and technical theatre professional; and Ariel Murtagh, a transgender rights activist and rising high school student (who was also featured in PBS documentary Growing Up Trans) and, Alisha King, the transgender female who was also featured in the print advertisements.

A significant portion of budget was dedicated to the promotion of these videos on social media, resulting in hundreds of thousands of views across networks.

Given the purpose of the campaign to educate and inform both transgender and cisgender New Yorkers on their rights and responsibilities under the Human Rights Law when it came to safe and equal bathroom access, the Commission employed a targeted advertising strategy intended to reach both audiences. Social media advertisements, including videos on Facebook and YouTube, were geo-targeted to the five boroughs of New York City, with Spanish-language advertisements targeted to individuals of Hispanic ethnicity for greater context and relevance.

In addition to social, the Commission also allocated budget towards homepage takeover and run-of-site banners on specialized LGBTQ sites, also geo-targeted to New York City. As individuals sought information on Pride Month activities or news on the LGBTQ community in New York City, the Commission ensured the "Look Past Pink and Blue" campaign would be highly-visible and accessible to this audience.

Results from the campaign include:

The Commission on Human Rights' "Look Past Pink and Blue" campaign was the first of its kind in the country's history—planned, produced and implemented by municipal government agency-and, established the City of New York as a place where every New Yorker, regardless of gender identity and expression, has the ability to live, work and thrive, free from discrimination. 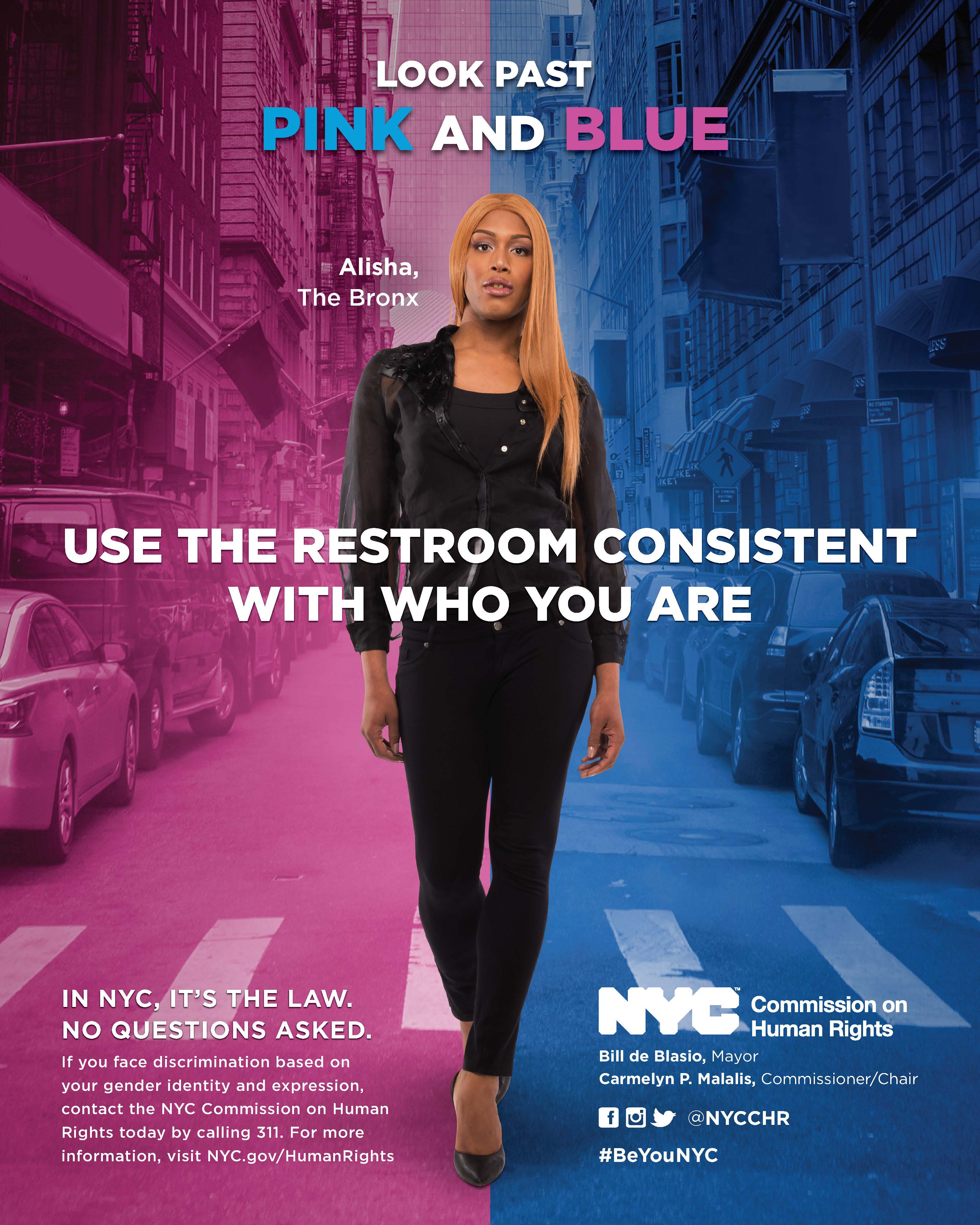