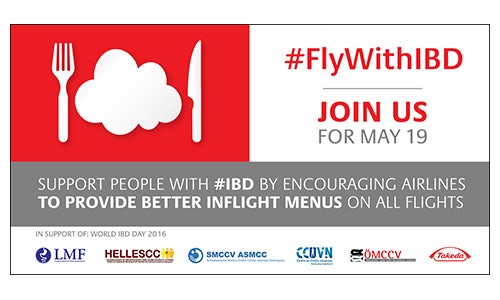 #FlyWithIBD: taking the anxiety out of travel for people with IBD

Approximately 32 million people live with inflammatory bowel diseases (IBD) or irritable bowel syndrome (IBS) in Europe. Many of these patients have restrictive dietary requirements and failure to comply with them may lead to serious relapses of their disease, which can severely impact their health. Limited inflight meal options can make it stressful for those living with IBD or IBS to travel via air.

Inspired by the experiences of a colleague on a business trip to Japan, the regional Europe and Canada Corporate Communications team at Takeda Pharmaceuticals decided to try and make a difference for people travelling with IBD and IBS. Their mission was to raise awareness of the challenges faced by travellers with IBD/IBS and encourage airlines to provide greater choice & detail on ingredients of foods offered on flights, to create a more positive experience for travellers living with IBD/IBS.

Three components were key to accelerated campaign implementation while ensuring high impact and awareness across Europe.

1. Create a single, simple campaign call to action that can be supported by people outside the IBD community to generate greater exposure and awareness

3. Co-create and curate content using real life patient experiences to show the impact and stress of air travel on people living with IBD

Before initiating the campaign it was important to gain an understanding of the IBD/IBS environment. We audited key airlines' menu provisions to ascertain response for people whose needs are not covered by advertised options. A review of online IBD conversations uncovered existing influencers and explored engagement with the topic of travel in the IBD community. The insights gathered informed our approach including the channel mix and influencers we engaged.

We secured the support of senior management to lead by example, encouraging them to drive conversation on internal and external channels. We used Thunderclap as a single online place to outline our campaign call to action and a way to unite the voices of patient groups and individuals to amplify our campaign message.

1. Provide greater details on ingredients of any food offered on flight online at least 48 hours prior to the flight

2. For ingredients to be labelled on individual in-flight products and to have products individually wrapped

4. Automatic seat prioritisation next to WC for passengers who have selected an IBD meal option

The communications team at Takeda partnered with procurement to set-up meetings with the airlines to discuss the campaign in the context of Takeda's preferred partner contracts. This ensured a consistency of communication through all channels as well as adding a commercial pressure to get the airlines on board.

Contact was maintained with affiliates throughout the campaign and local successes recognised by the team to maintain engagement. Yammer communications maintained momentum and awareness amongst internal audiences. Employees flying during the campaign were encouraged to photograph their airline meal and share, commenting on the lack of suitable options for people with IBD. Takeda also posted regular campaign updates and reminders on their LinkedIn page.

Five airlines (including United, Lufthansa Group, Air Canada and All Nippon Airways) met with Takeda and have committed to improving their offer for people travelling with IBD with quick fixes and have agreed to investigate longer term solutions including staff training and priority toilet passes

122,798 people reached through 411 Thunderclap supporters, representing 164% of target (Local market engagement with the campaign led to launch of a second Thunderclap for German speaking audiences)

1,758 tweets including the campaign hashtags reached over 1.5million accounts over campaign duration

One patient blogger engaged with the campaign, signing up to the global Thunderclap and including the campaign in a post on her blog as a useful resource for people living with IBD

Based on the success of the campaign, Takeda has committed to reengage with and build upon the existing audience to continue positive change for people with IBD when travelling. 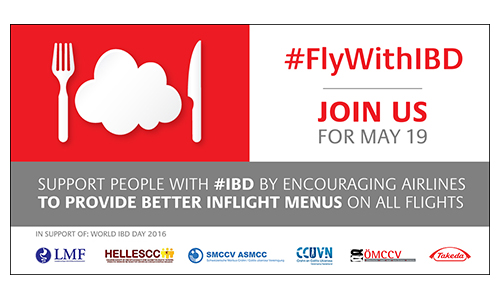 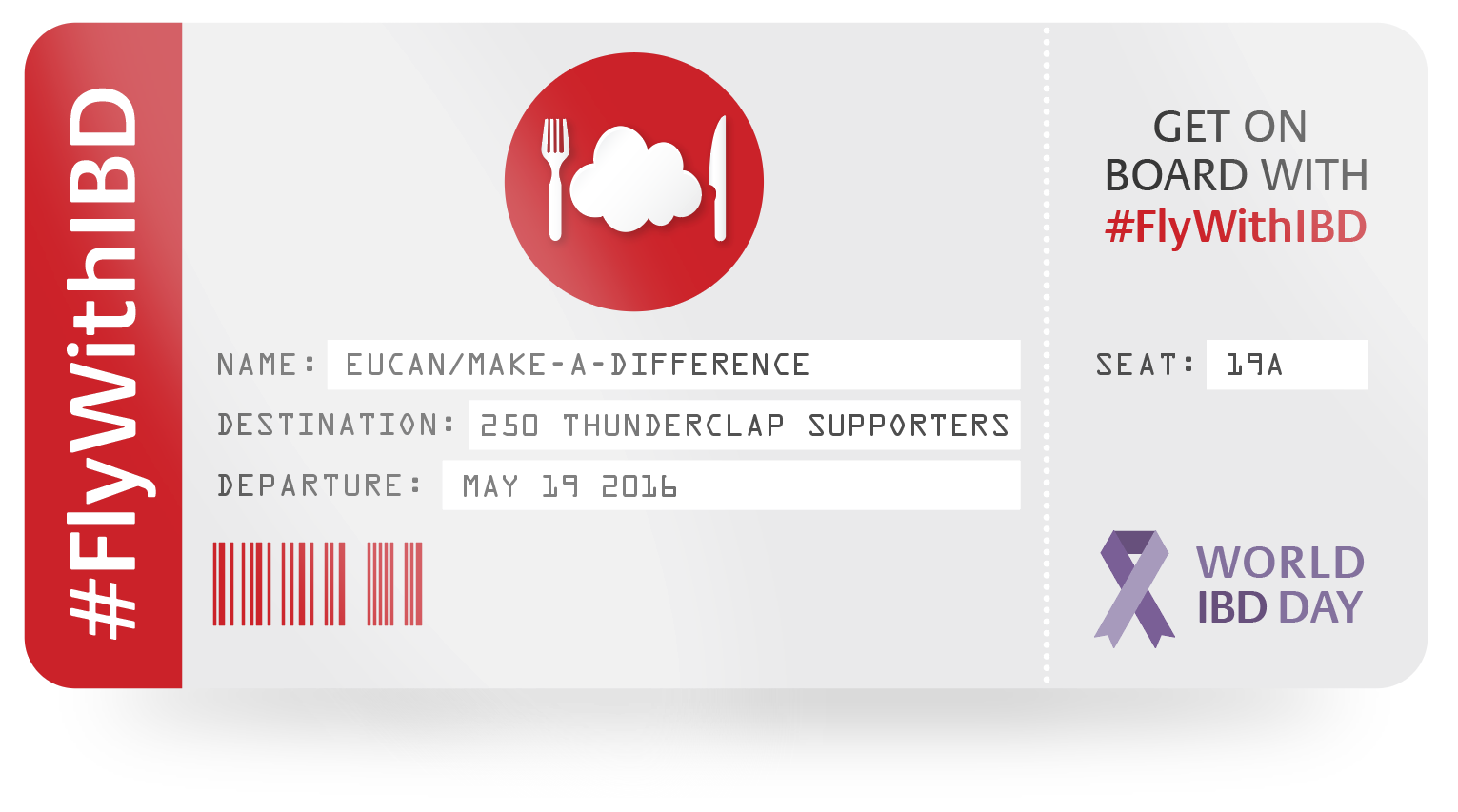