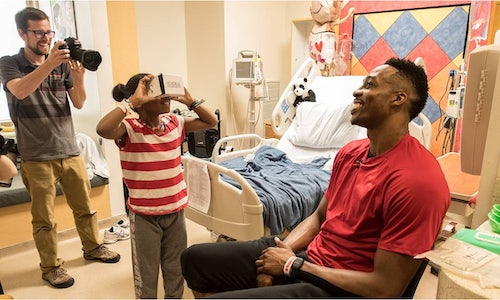 In February of 2016 Memorial Hermann Health System partnered with professional basketball player, Dwight Howard, who at the time played center for the NBA's Houston Rockets, to create two videos: a Google Cardboard 360-degree video tour of the newly renovated Houston Rockets' locker room with Dwight Howard as a guide and a video of patients at Children's Memorial Hermann Hospital using Google Cardboard to watch the video from their hospital beds ending in a surprise visit from Howard. The goal of the project was to bring an outside experience to our pediatric patients at Children's Memorial Hermann Hospital from the comfort of their beds through cutting-edge technologies while activating our sponsorship of the Houston Rockets.

The Memorial Hermann Health System corporate marketing team worked with Toyota Center, home of the Houston Rockets, to arrange the 360-filming of VIP areas in the arena, including the recently renovated locker room, weight room and the practice court. Using newly developed 360 degree video gear, the team filmed Houston Rockets' star center, Dwight Howard, giving a tour of the facilities while including personal antidotes about his experiences training.

The second part of the project took place in Children's Memorial Hermann Hospital, where our pediatric patients got the first look at the 360-degree tour from their hospital rooms. Patients were amazed at the technology, being able to follow their favorite Houston Rockets' player while limited to the confines of the hospital. Unbeknownst to the children, Dwight Howard was standing outside each of their rooms. Near the end of the video, Howard walked into each room, so when the children took the Google Cardboard off, he was standing right in front of them in the flesh. The children's reactions varied from screams of delight to stunned silence. Howard spent time in each room talking to each child, taking photos and signing autographs on the Google Cardboard boxes the kids got to keep.

The Memorial Hermann team filmed the emotional reactions of the pediatric patients and their parents and created a second video highlighting the different pediatric patients' stories and their time with Howard. In coordination with the Houston Rockets and Dwight Howard, both the 360-video tour and the reaction video were posted on Facebook and YouTube in order to spread the feel-good message and maximize exposure for Children's Memorial Hermann Hospital.

"Maddie had a tumor on her pituitary gland that she had removed," said one mother. "To have somebody that famous to come in and do something as huge as this project, that it is, I think that's great. It made her day. It made me have tears."

"I had an incredible time with all the kiddos and my favorite part was just seeing them smile," said Howard. "You know they go through so much on a daily basis, so for me to be able to come to the hospital and spend a couple of minutes with them means the world to me. I have children and am thankful each and every day for them, and I am thankful for these kids too."

The 2 videos received 879,757 views over YouTube and Facebook, which far exceeding our projected outcome and is still growing. As a surprise to us, Google also recognized the project by sharing the 360 video on youtube.com/360 in the "Trending 360 Videos" playlist and through at tweet from their @GoogleVR account. Over 603,000 people were reached on Twitter with an above average 10% engagement rate. The name "Dwight Howard" was a top trending topic in Houston on the day of video launch. On Instagram, we harnessed the power of our influencer's following by posting unique content on his account recieving over 10,000 likes.

More importantly, the experience brought joy to children in our hospital who face enormous obstacles and gave them a thrilling story about their hospital stay to tell their friends. "I missed school for a whole week," said Chloe. "And now I have something to brag about." 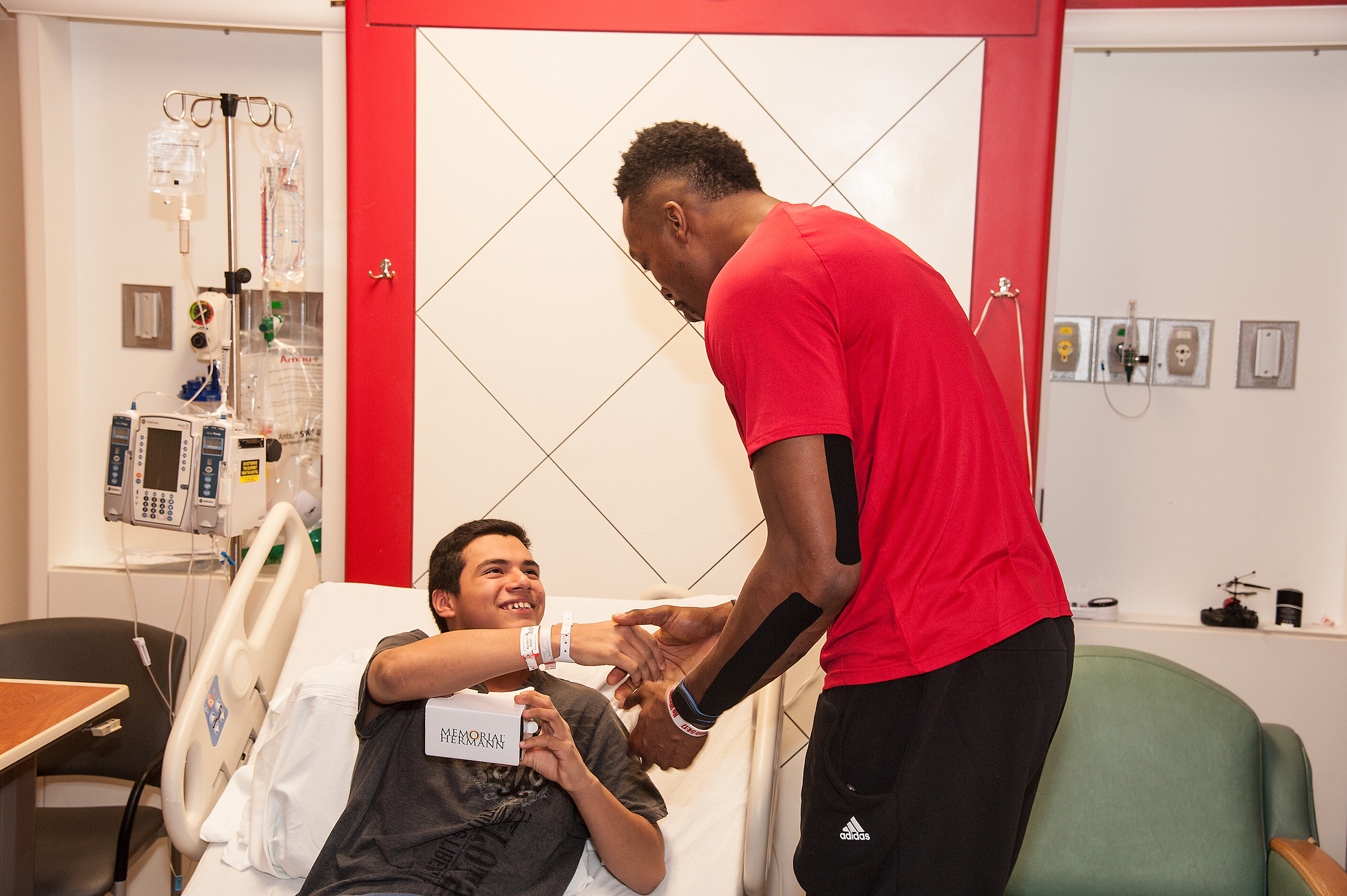 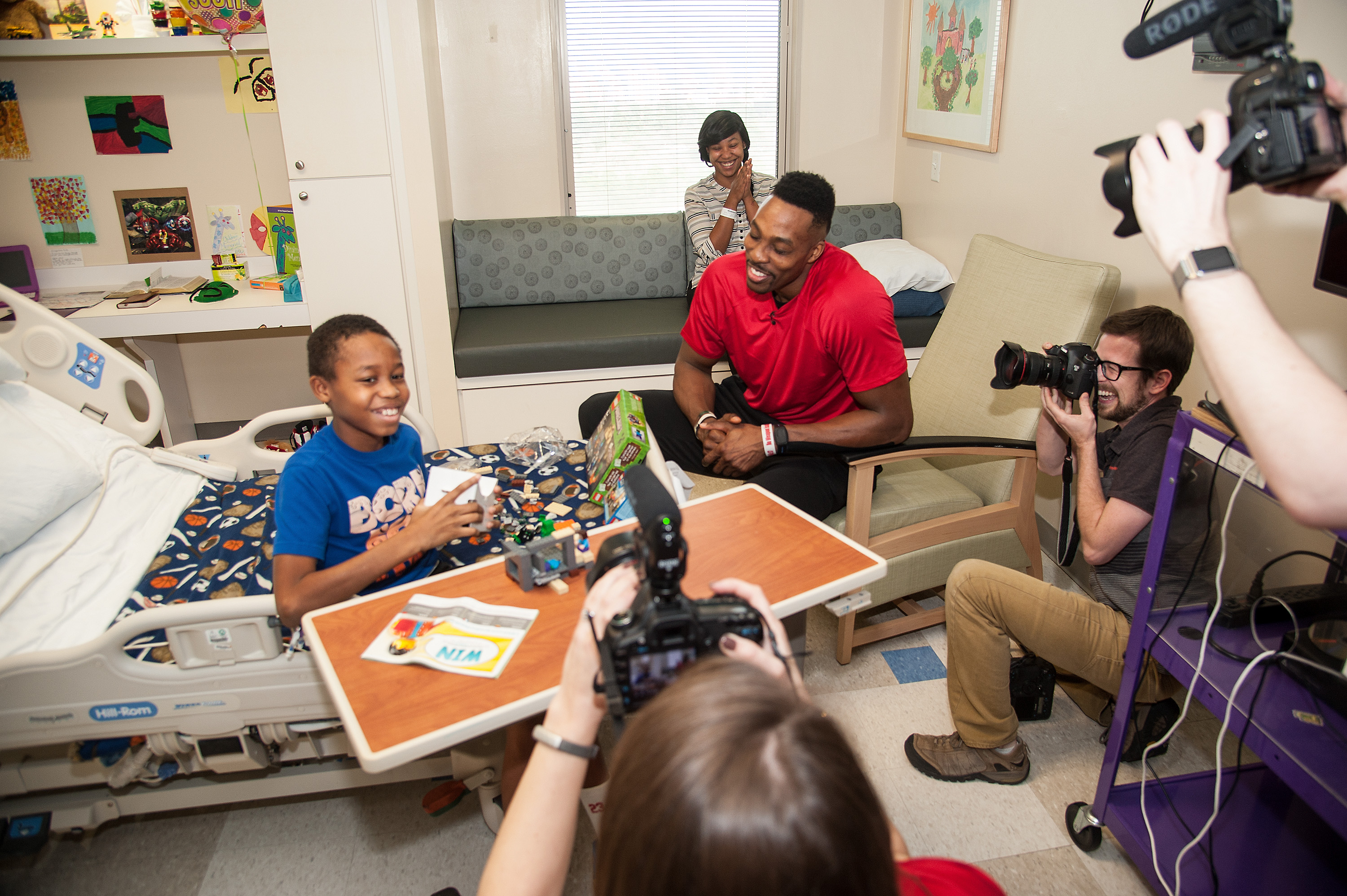