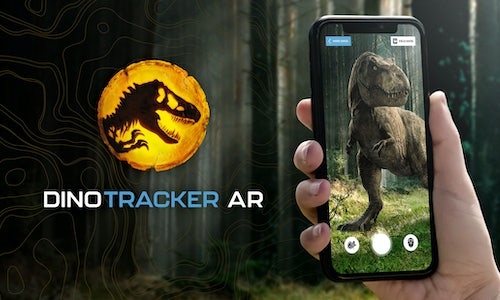 Trigger XR worked with Universal Pictures Home Entertainment and Niantic Inc. to create an engaging XR experience to promote the home entertainment release of the film Jurassic World: Dominion. The experience targeted fans of the Jurassic franchise and utilized the power of the Verizon 5G Ultra Wideband network through the Global Telco XR Content Alliance partnership.

Trigger XR pitched Universal Pictures Home Entertainment the idea of creating an app with Niantic's ARDK Lightship, which would allow Jurassic fans to discover, track, and interact with life-size dinosaurs and encourage visits to Universal Studios theme parks through geofencing. We encountered UX challenges because we wanted to bring enormous dinosaurs into the user's environment without breaking the illusion of how they got there. We solved this by having users first scan the area to ensure adequate space for the dinosaur to appear and then have them locate the dinosaur's footprint so it could appear seamlessly in the scene.

The Jurassic World: Dinotracker AR App allows users to be the stars of their own story as they help track and interact with dinosaurs in their natural habitats by scanning their personal environment. In addition to immersive storytelling, key technologies deployed included:

Semantic understanding to create environmental awareness: Through Niantic’s Lightship ARDK, the app dynamically recognizes what kind of surfaces the user’s camera is looking at — in real time. Based on where the user is, the experience will generate different dinosaurs, such as a Pteranodon flying in the sky or a Dilophosaurus near a body of grass.

Spatial awareness and occlusion: These generated depths of information to better understand a user’s specific context and enable dinosaurs to appear behind objects like walls or other obtrusions and create a more realistic setting.

Hand-tracking: Users can physically toss a piece of food to feed a Compsognathus in AR, generating a memorable moment. This hand-tracking interaction uses Apple’s Core ML for iOS devices and Google’s MediaPipe for Android devices.

Walkable planes: After the user scans their environment, a 3D mesh representation of the user’s surroundings gives the dinosaurs some space to move along open, flat ground areas or atop available surface heights. Users can also point laser beams and watch as the dinosaurs are attracted to the light. 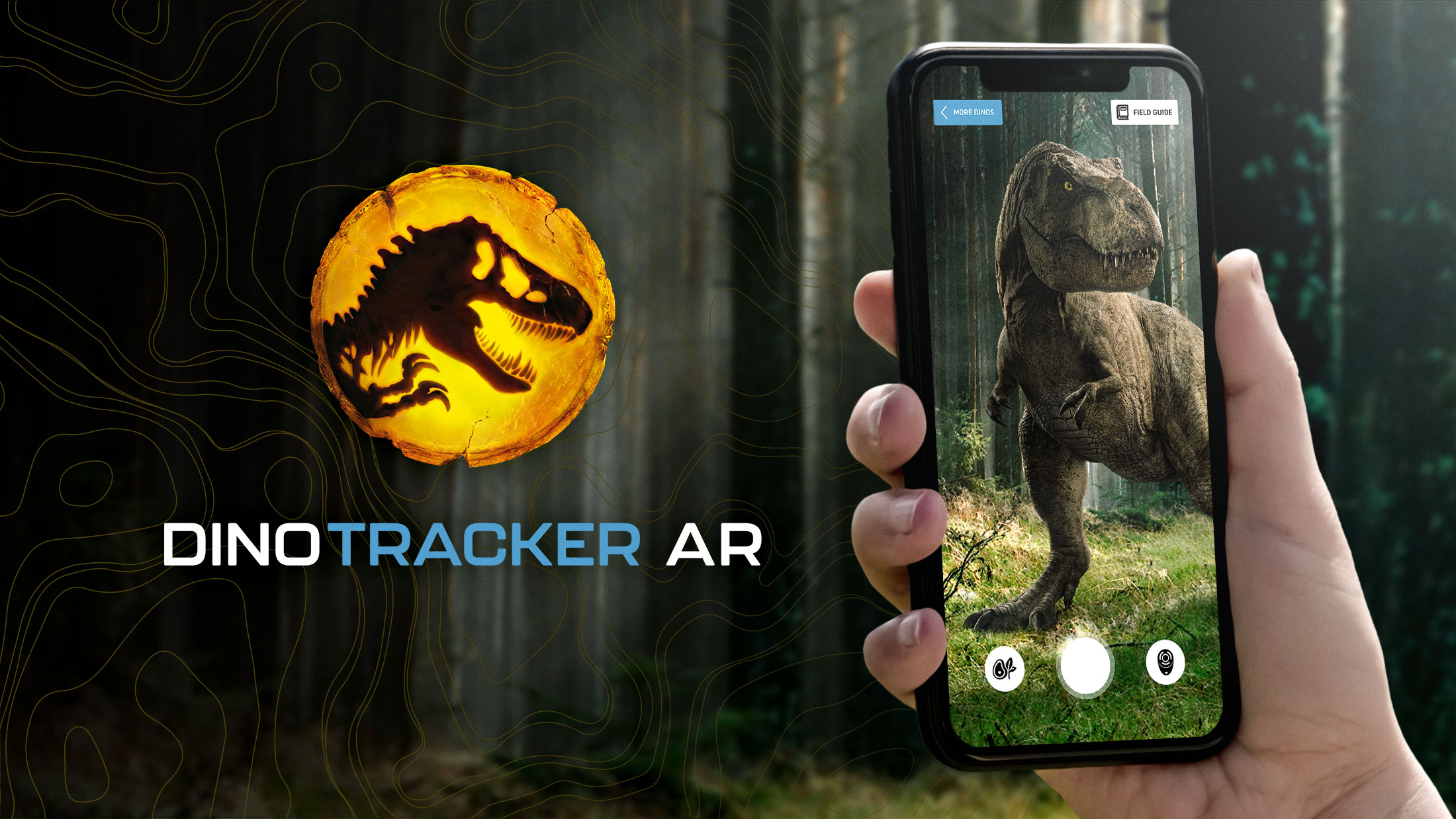 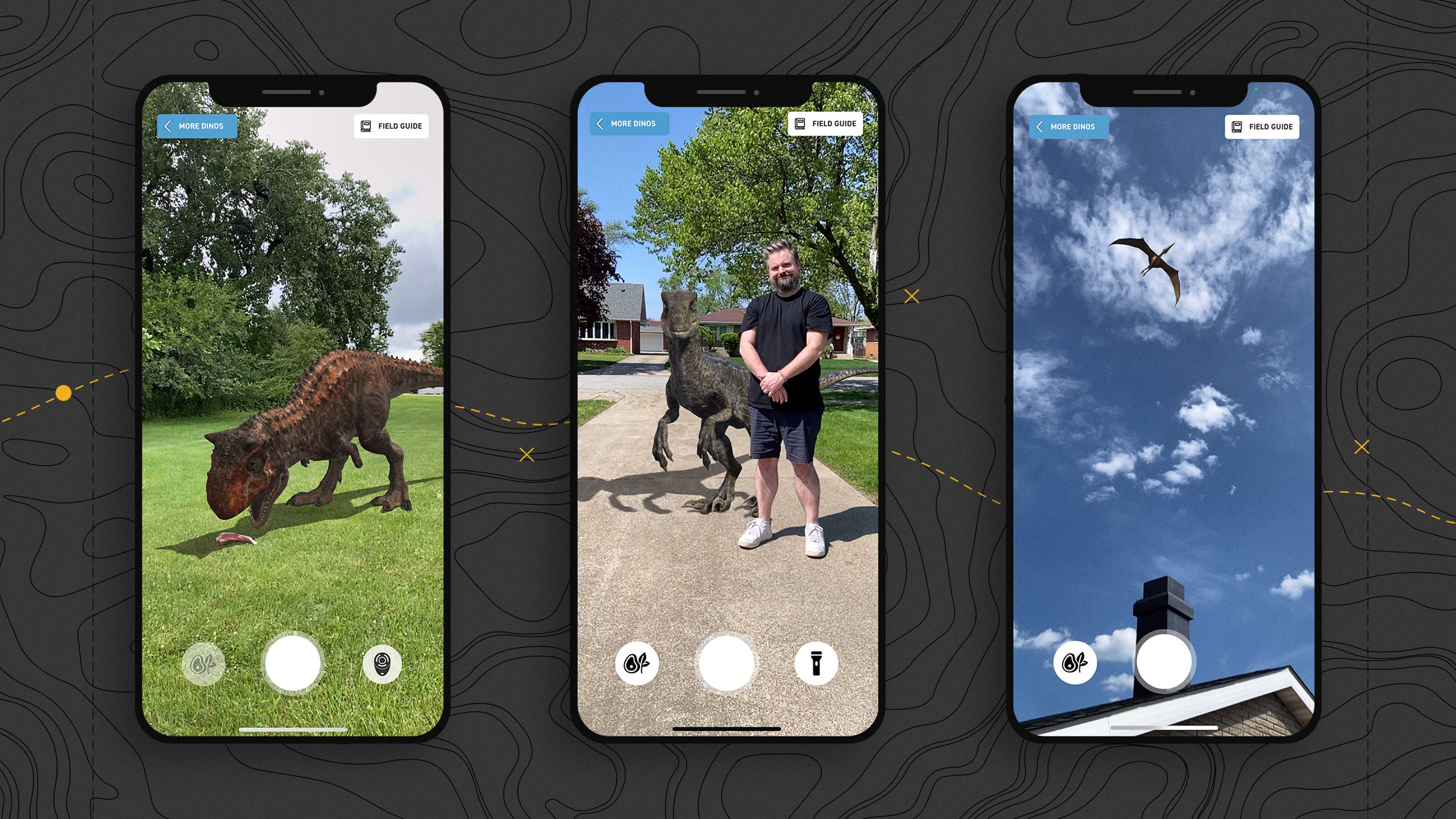 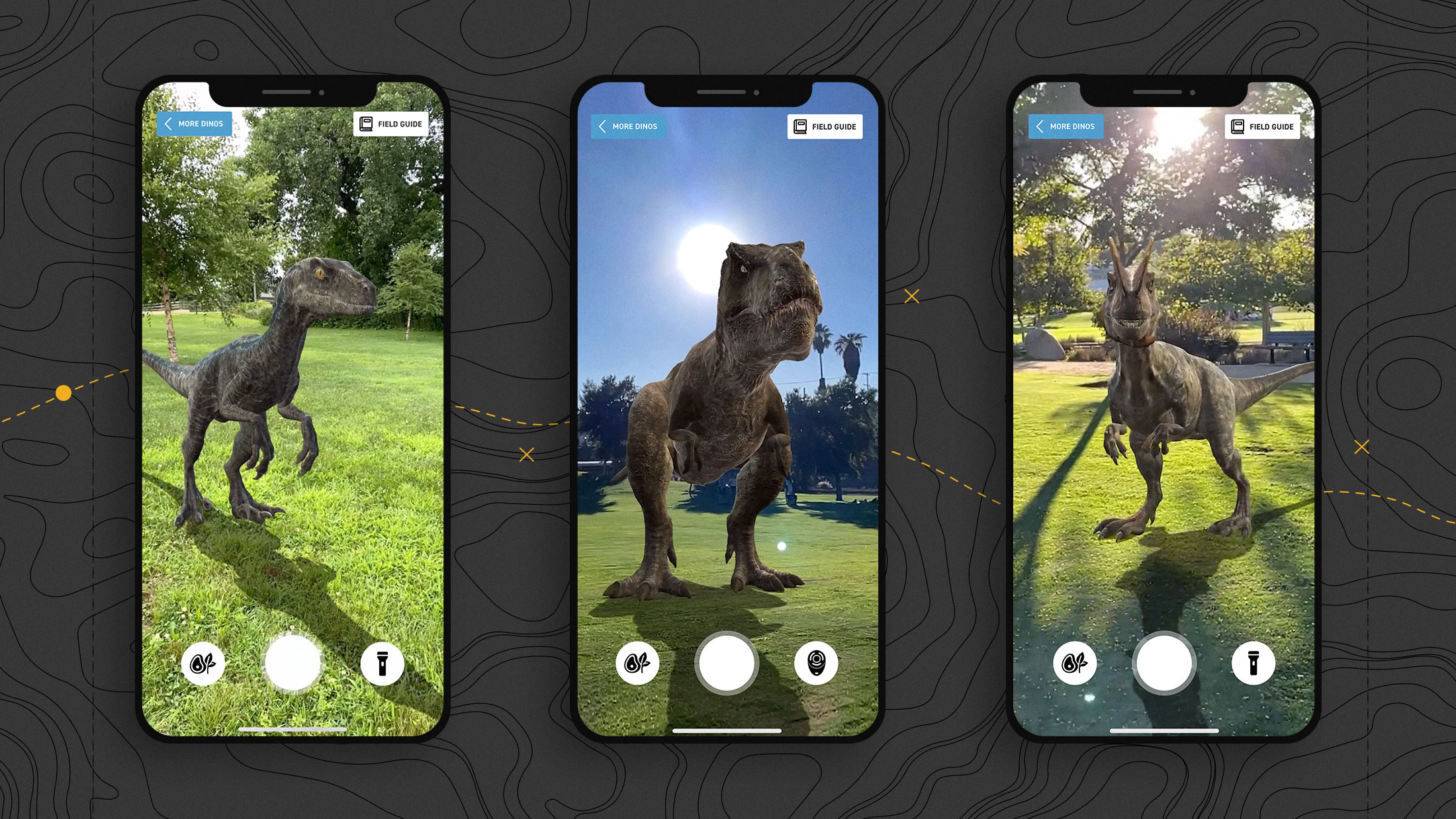