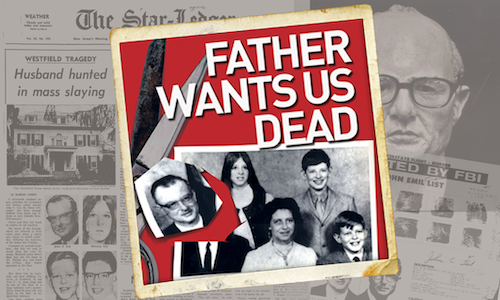 The List family murders is a chapter of Westfield, N.J. history that many may want to forget. But as our cohost Jessica Remo knows from growing up nearby, John List didn’t just wipe his entire family off the earth and disappear, traumatizing a community. He gave us New Jersey’s version of the Charles Manson murders — a crime that still resonates today and left a whole generation afraid of the kind of abstract horror that could be right under your nose, behind the closed doors of the nicest mansions in this quiet corner of suburbia.

It had been 50 years since List killed his mother Alma, wife Helen and kids, Patty, 16, John, 15, and Freddy, 13. We wanted to investigate and retell this story in a comprehensive, sensitive way, avoiding the exploitative feel of some podcasts in the genre. As journalists, we wanted to reflect on the lasting impact on this community and set the record straight, debunking decades of urban legends. We wanted to humanize the victims who have often been reduced to sexist stereotypes or just the faces in their school photos, reprinted over and over in newspapers.

And we wanted to do something that journalists don’t usually do: get inside the killer’s head, with the help of psychologists who analyzed him, to draw our own conclusions about why he did this, which of the reasons in his confession letter were real or rationalization, and how he could live a new life after what he’d done.

In journalism, we know that every story lives and dies by the sources — who is willing to talk, how real and raw they’re willing to be, and what insights and anecdotes they can share. So early on, our main focus was creating a comprehensive list of possible sources for this podcast. We identified the most important ones and, unfortunately, given the age of the story, those who have passed away.

Many were just kids when they knew the Lists, some changed their names and moved away, so not only did we have to track them down, we also had to convey to them why it was important to delve back into this painful memory, to retell old stories and reflect on what John List took from them. We spoke with nearly 50 sources, some of whom had never spoken publicly. Their raw emotion gives the podcast its emotional core.

We wanted to take listeners along as we went to the cemetery and other key Westfield locations. And we traveled to Richmond, Virginia — where List was ultimately discovered thanks to America’s Most Wanted — visiting with the occupants of his former home and walking the office hall where he was led out in handcuffs. We tracked down his second wife and knocked on her door, to see if she’d share her story.

We also used public records requests to obtain hundreds of pages of investigative documents from police and the FBI, sharing this new information with listeners, including that John List gave a tearful confession to his second wife after his arrest. We also had ethical discussions about what not to reveal from some documents, including unnecessarily gruesome details from autopsy and crime scene reports.

We knew we had more than enough material for a great podcast. But as primarily print and web journalists, our greatest challenge was learning the ropes of a whole new medium. It started with figuring out the best ways to record interviews — not just in terms of equipment but also trying to observe social distancing since it was early to mid-2021. Scripting and editing episodes was an entirely new skill we had to master. We tried several different methods for getting editorial feedback on our scripts, finally settling on live table reads that often went until late at night as we tried to perfect the tone and pacing, pick the most impactful quotes and scenes, and find our own voices.

We thought that we could carve out a unique space in the true-crime podcasting world; balancing the thrill of true crime and the investigative heft and ethical storytelling you’d expect from journalists with more than 25 years of combined experience.

“Father Wants Us Dead” didn’t quite sound like the podcasts we’d been listening to: it wasn’t a whodunnit or an unsolved missing person case, and it wasn’t even remotely timely. What it is is an unbelievable story about pride, pain, religion, mental health and what true evil looks like.

We considered the podcast a success because we felt that we were able to deliver a story that was well-sourced, comprehensive, heartfelt, and intriguing and suspenseful enough to keep listeners enthralled, even though they could just Google “John List” to find out how the story ended. Our goals were to tell the real story, be sensitive, dive into List’s psychology and paint a complete picture of the victims. We were proudest that we could really bring these people to life. Some of the best feedback we received was about the portrayal of the daughter Patty and how much people identified with her.

We wanted to get answers to every question, but there were still some urban legends about List we couldn’t 100% nail down — for instance, whether List had a priceless Tiffany skylight in the mansion. (Talking to experts, we were able to say it was highly unlikely.)

Our biggest goal was to bring a high-quality story to podcast listeners — but our biggest question was whether we would actually be able to reach anyone, given how many podcasts are out there. But the response exceeded all our expectations. Within weeks, the podcast climbed to no. 5 on Apple Podcasts’ U.S. chart and also cracked the top 5 in Great Britain, New Zealand, Australia and Canada. As of early December, we have over 4.8 million downloads and Apple Podcasts included the podcast among their top 20 most popular new shows in the U.S.

Video for Father Wants Us Dead 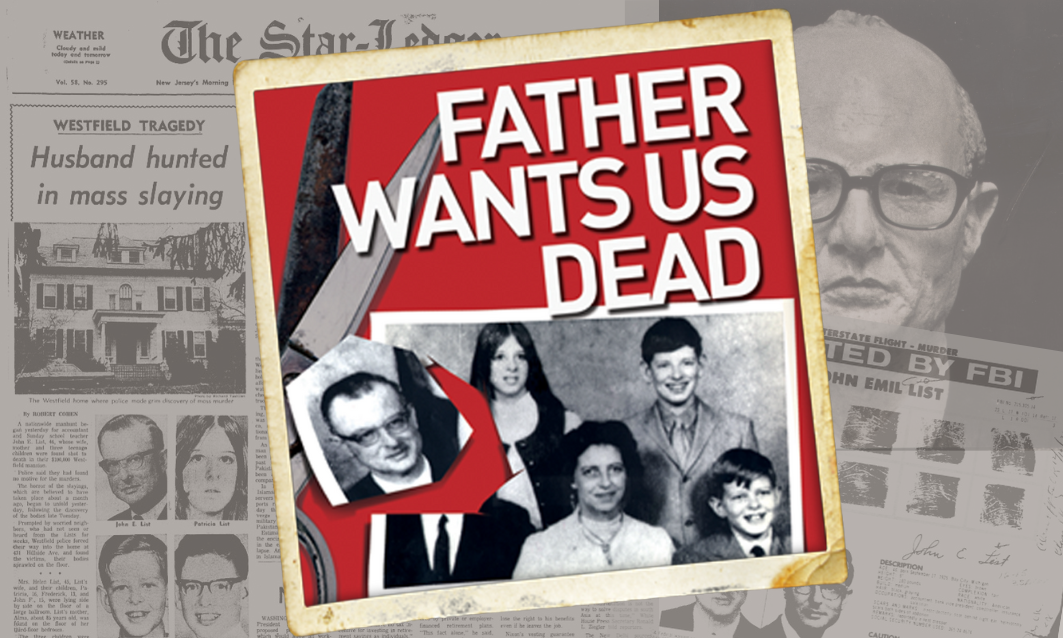 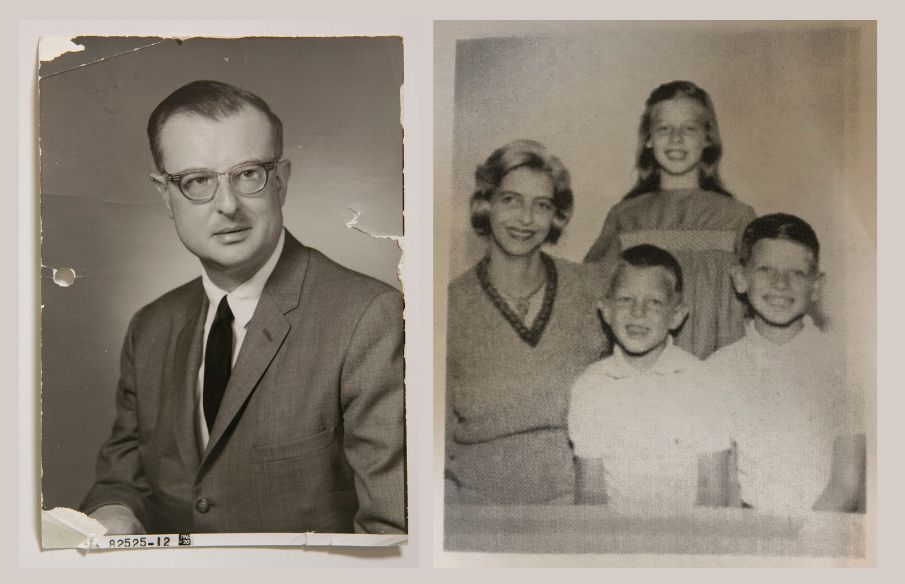 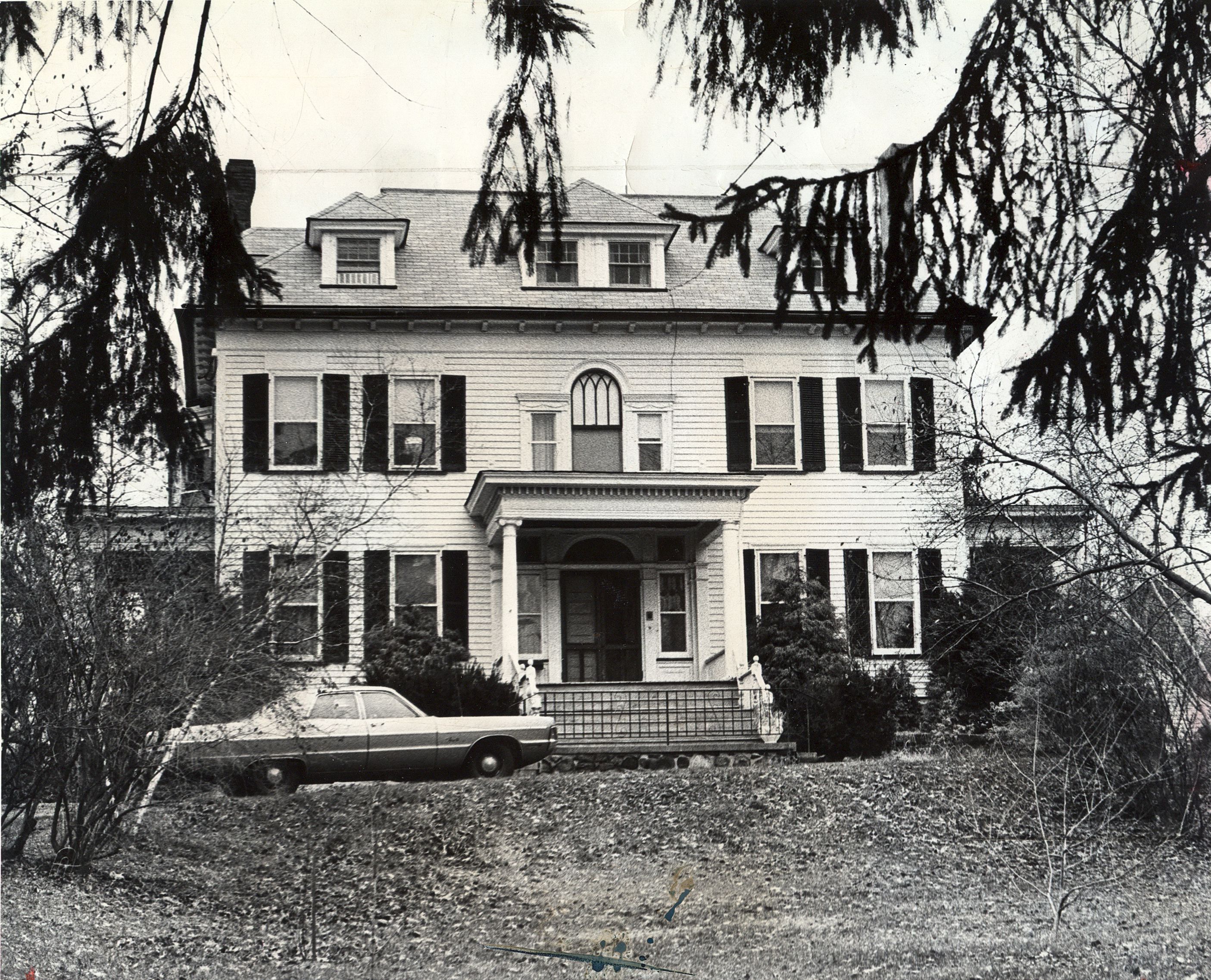 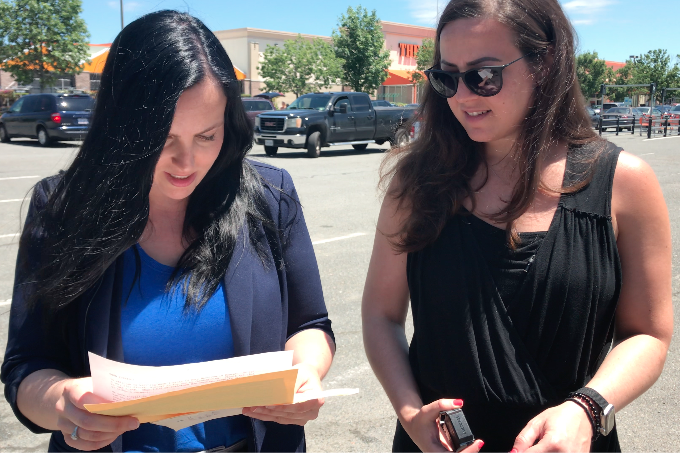 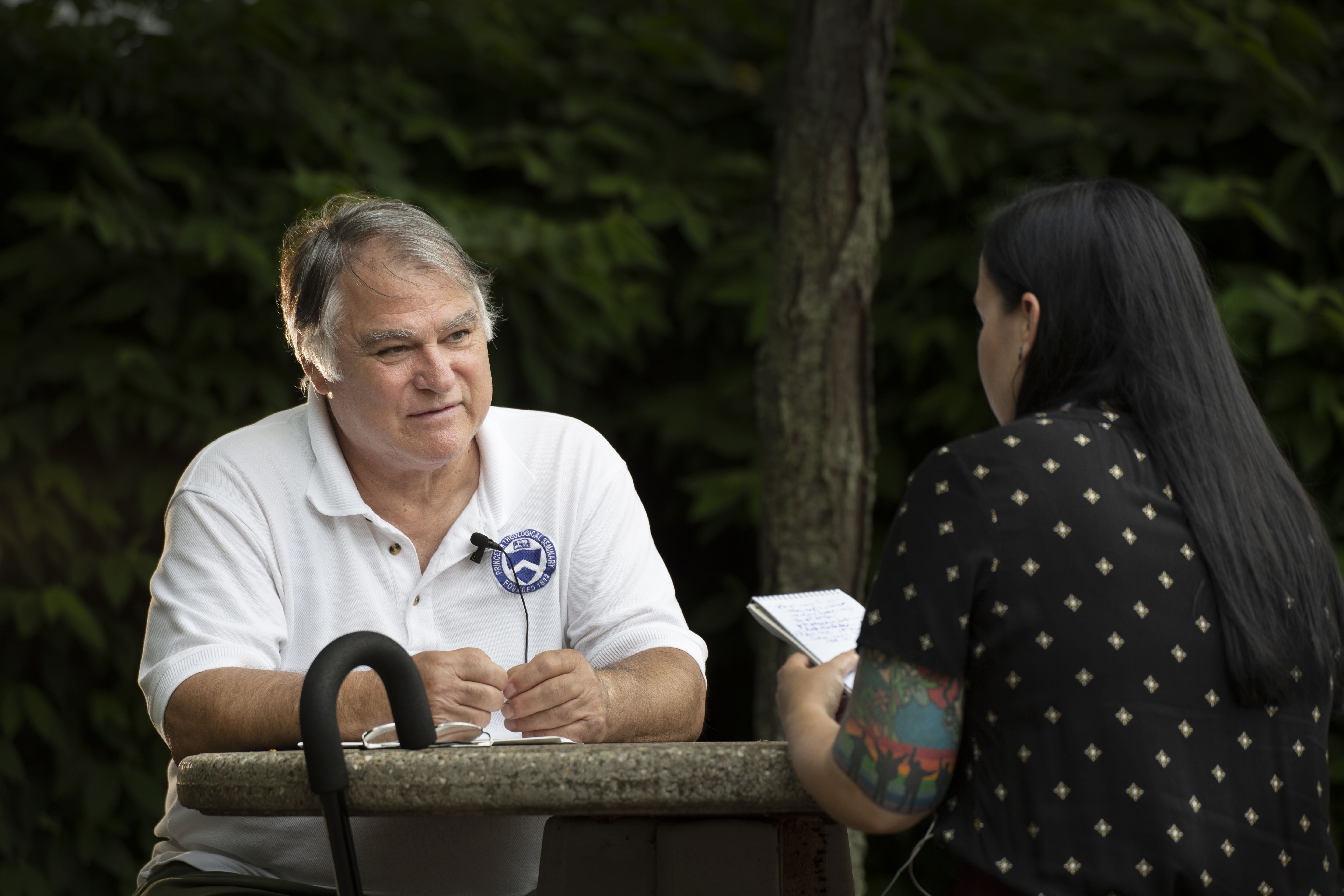 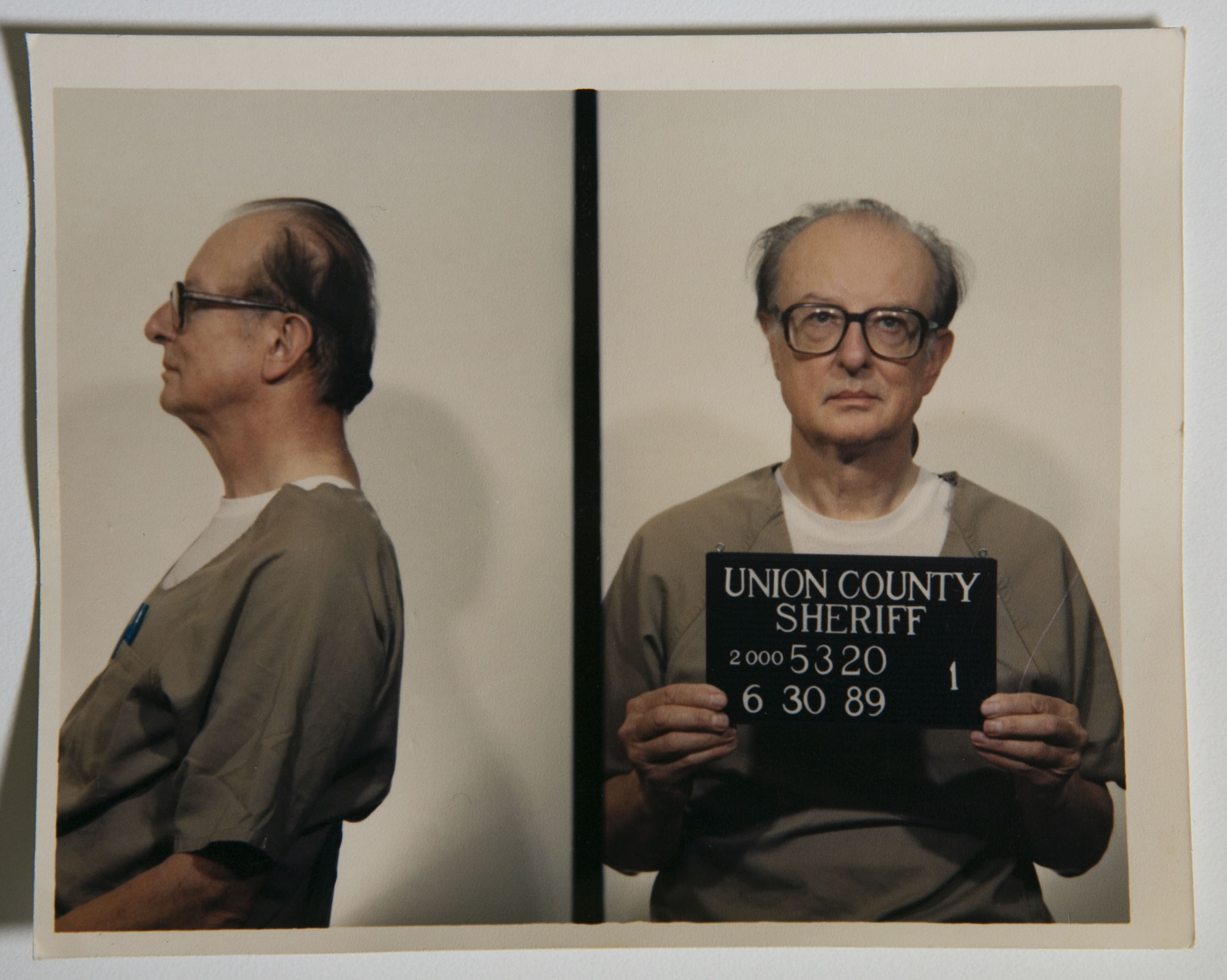 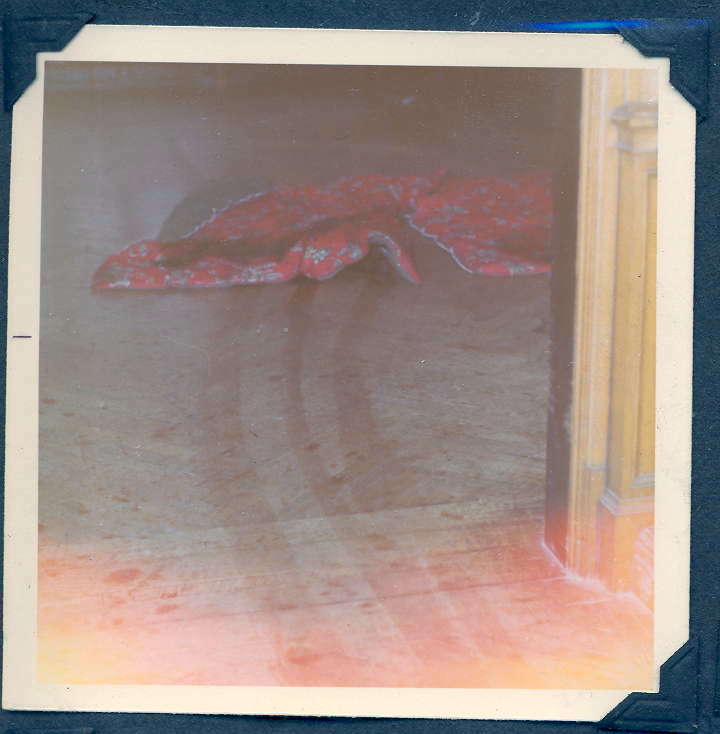 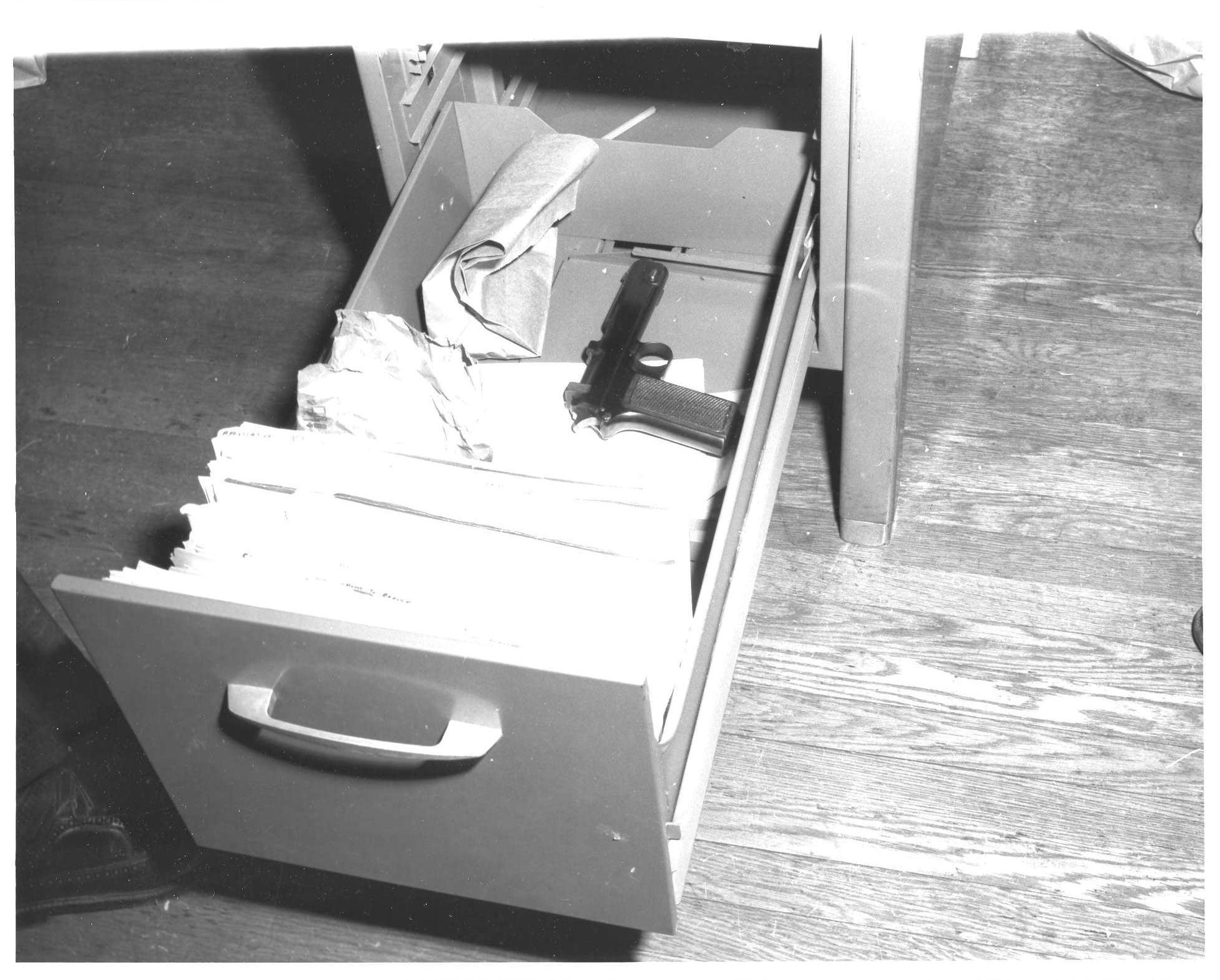 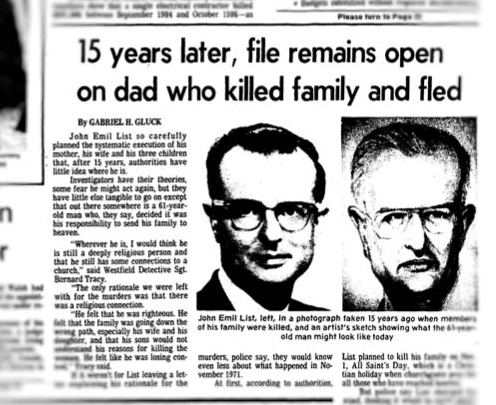