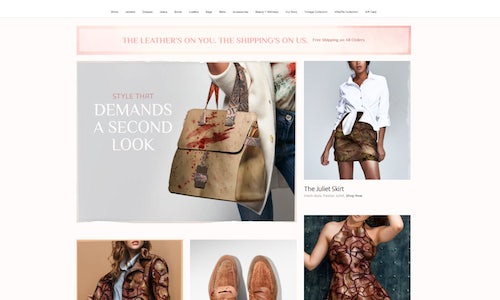 In a world where humans wear the skin of other living, feeling beings for fashion, PETA’s objective was to create a shareworthy campaign that would grab people’s attention and compel them to question why it’s deemed acceptable to use anyone’s skin for fashion. We conceived Urban Outraged as an innovative and interactive website experience that would pretend to sell jackets, boots, bags, and other products made of the finest leather—human skin. Not only did we aim for Urban Outraged to spark change amongst individual consumers, but we also sought to put pressure on Urban Outfitters brands, which we’ve been calling on to stop selling animal-derived products.

Together with the creative minds at Highwater, we developed Urban Outraged as a cross-platform campaign that would include a website as well as dedicated @UrbanOutraged social media accounts.

The website, UrbanOutraged.com, uses stunningly life-like imagery for each product that on second look, reveal human features such as faces on the jackets, human teeth on the boots, and human blood oozing from the bags. We used powerful storytelling to craft each product’s page with evocative stories about the individuals who were “killed” for them, compelling customer reviews, and information about how each product was made. For example, part of the product description for ‘The Meg Boot’ reads, “our signature Meg Boot is our most popular style, but make no mistake: Each boot features its own special touches, depending on which part of Meg was used”, while a customer review states that “I’m not really a boot person, but I’m glad Meg was, because these are the best boots I’ve ever worn.”

We built the website to mimic an online store so when visitors add a product to their bag to purchase it, they’re directed to a page that would educate them about how animals are abused and killed for fashion, as well as urge them to ask Urban Outfitters brands to stop selling animal-derived products.

Since PETA launched UrbanOutraged.com in November 2021, the website has reached over 1.2 million page views from over 100 countries.  Urban Outraged was an instant hit, with “PETA” becoming a Twitter trending topic the week the website launched. Urban Outraged received coverage from major media outlets including The New York Post, USA Today, The Toronto Sun, LADBible, The Shade Room, as well as outlets in more than 20 countries. It also made a splash in the Horror community with outlets such as Fangoria and Bloody Disgusting discussing the collection.

The website appeared to be so convincing as an online store that the famous fact-checker website, Snopes, published a webpage confirming that PETA was in fact not selling garments made from human skin.

Urban Outraged also sparked discussion on television news reports, including a great conversation about speciesism—the misguided belief that one species is more important than another—on The Real Daytime, an American syndicated talk show.

Altogether, Urban Outraged met our objective to create a campaign that would challenge people to question why it’s deemed acceptable to wear anyone’s skin, encourage empathy toward animals, and to put pressure on Urban Outfitters brands to stop selling animal-derived products. 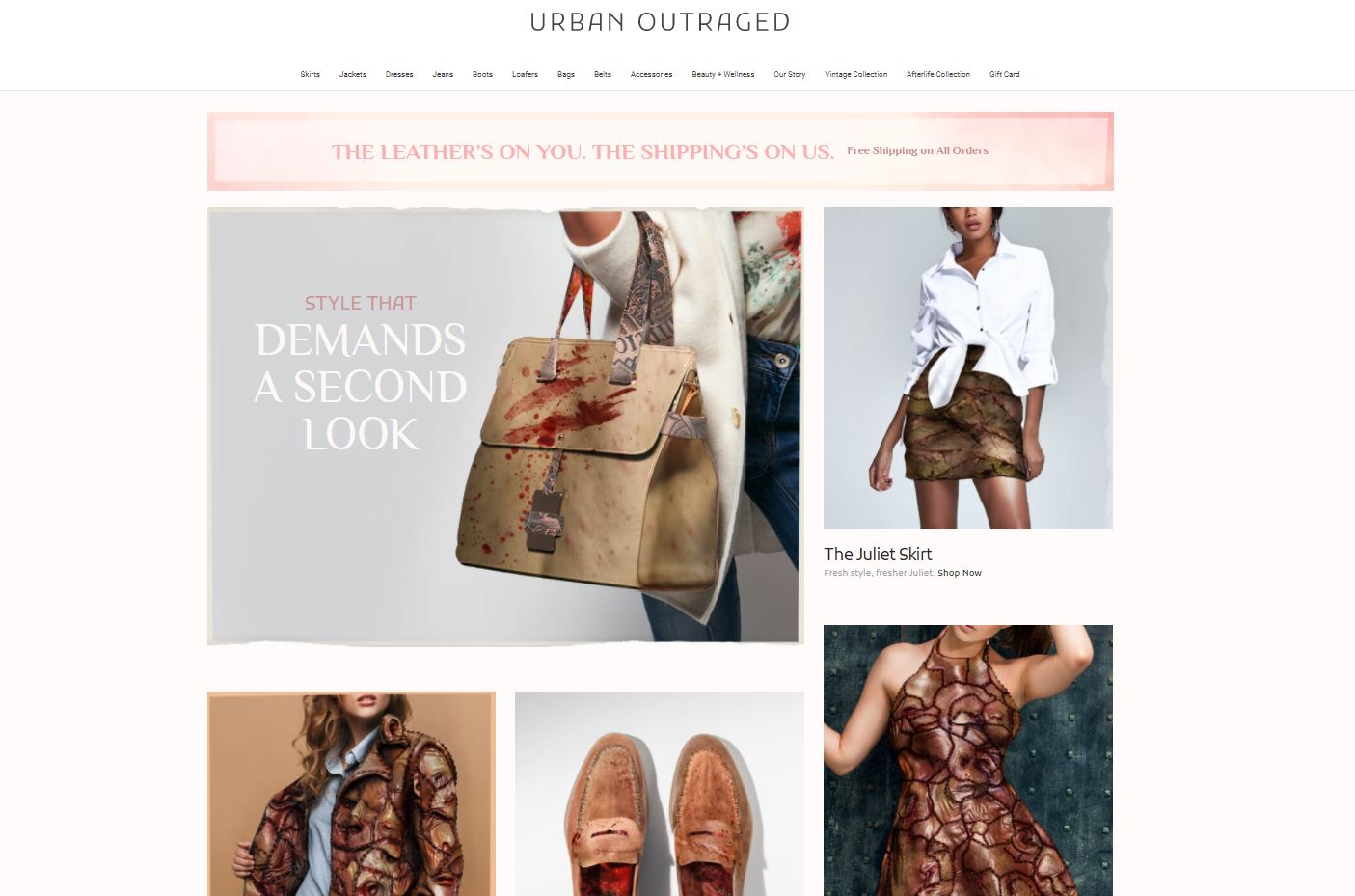 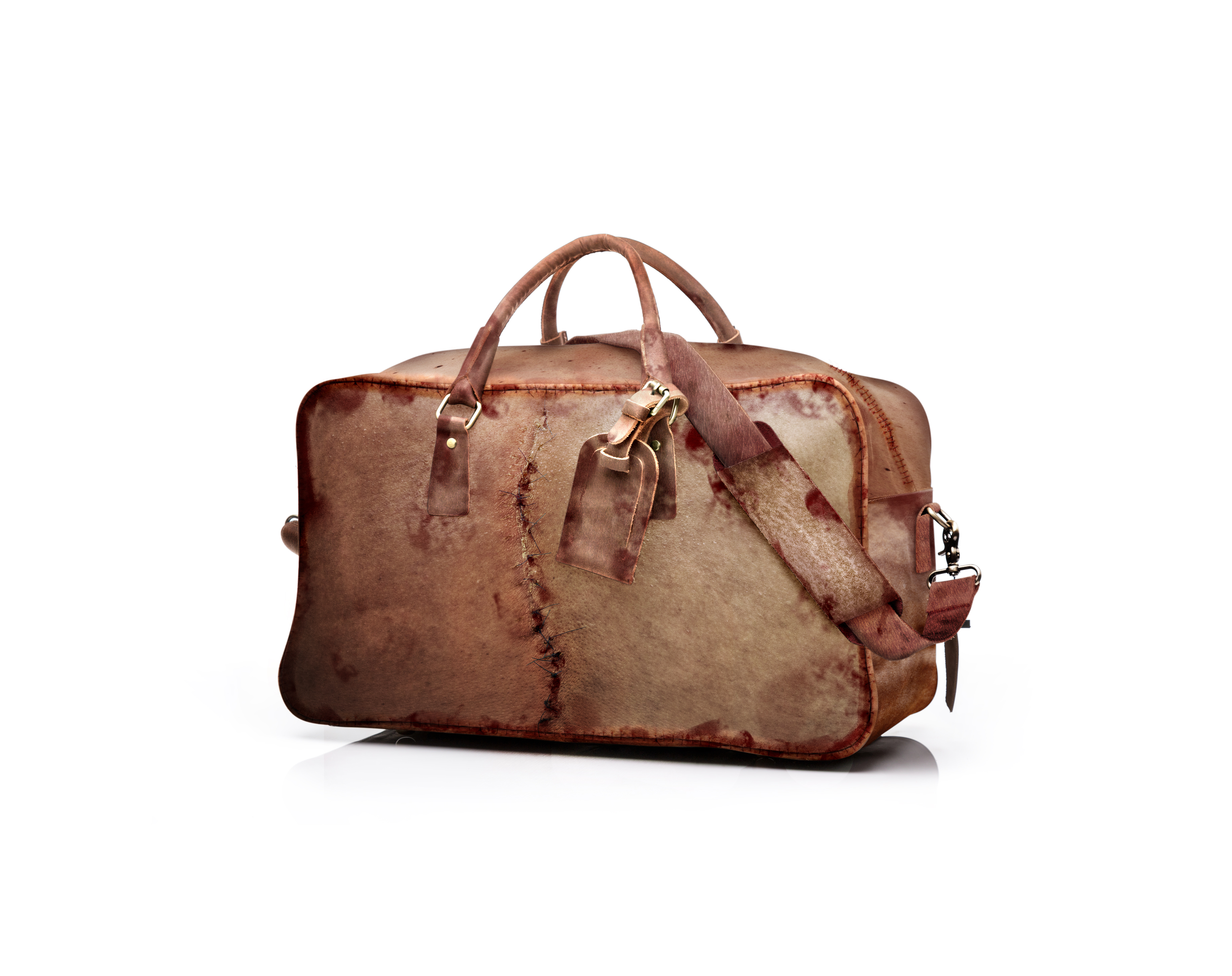 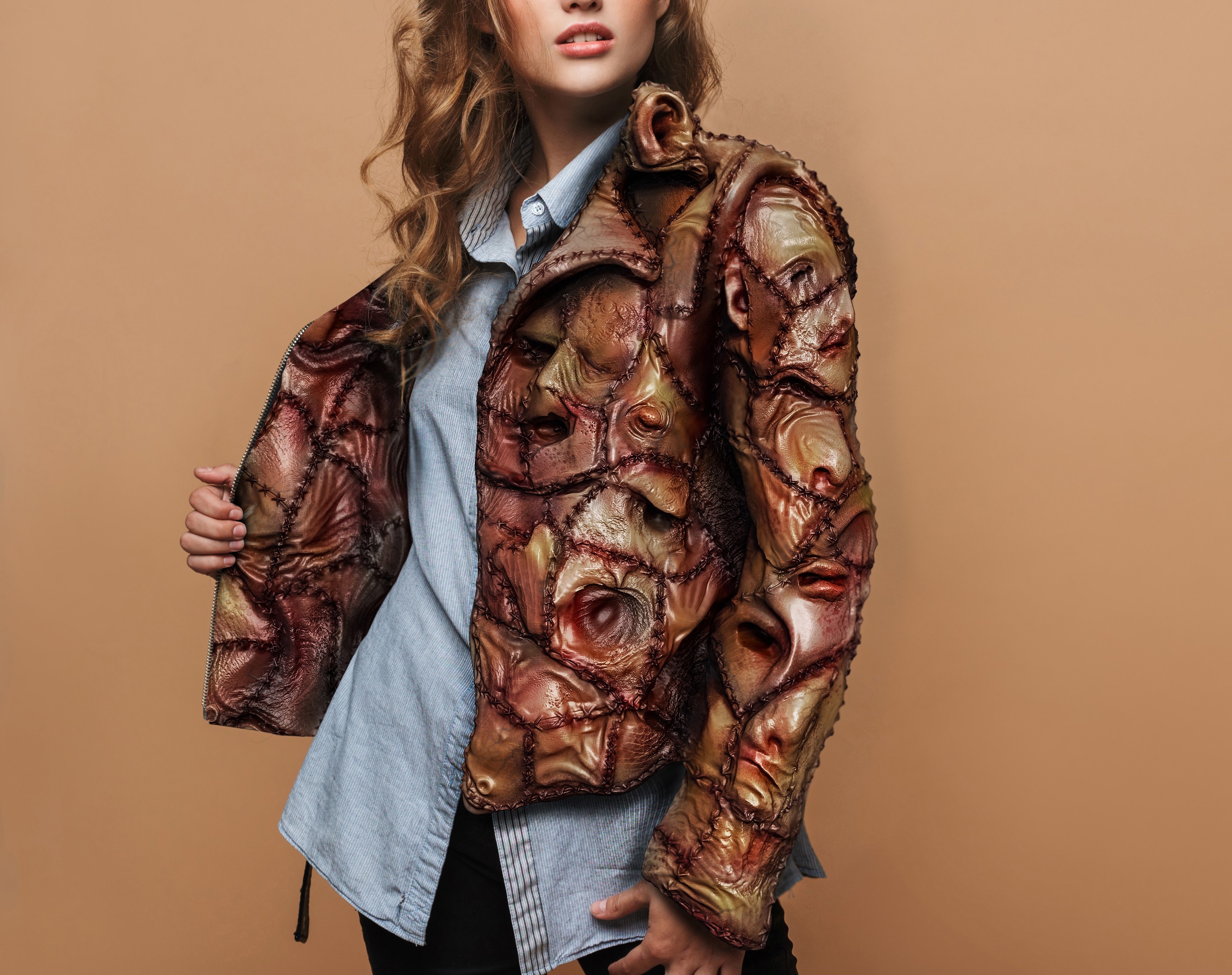 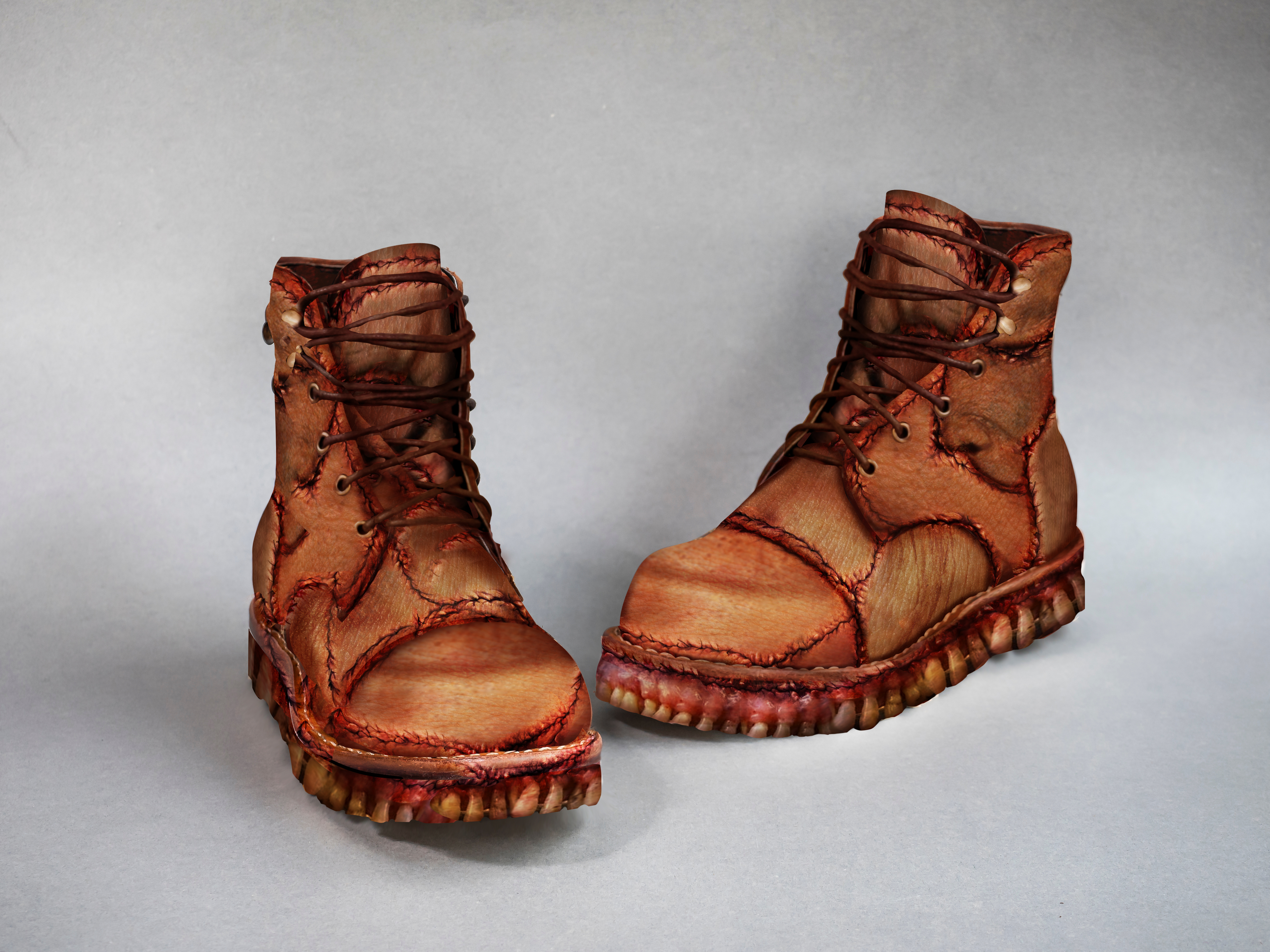