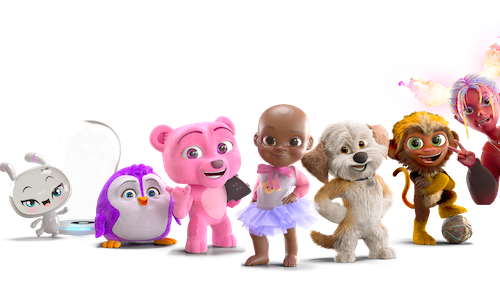 In a world that spends hours scrolling on timelines, Invisible Universe leverages social media to debut timeless, indelible characters and IP that become the most popular entertainment franchises of the future. Its characters include Qai Qai (Serena Williams), Clydeo, (Jennifer Aniston), Kayda & Kai (Karlie Kloss), Crazynho (Dani Alves), Ember, (Benj Pasek and Justin Paul) and Squeaky & Roy (the D’Amelio family) – all animated characters that were born on the timelines of TikTok.

With the ultimate goal to become the “Pixar of the Internet,” Invisible Universe is adapting traditional animation forms to fit the current popular platforms where target audiences are spending their time. On Tik Tok, Invisible Universe’s animated characters reach a wide audience due to the algorithm that shares content more frequently regardless of the initial post date. Through its ability to quickly capitalize on trends and create versatile content for each character, the content is ensured to stay on the relevant audience’s timelines and at the top of the algorithm.

Unlike traditional animation studios, Invisible Universe is able to create content at the speed of social, enabling its characters to have this ability to quickly insert themselves in relevant trends and storylines to keep their audience engaged. While most animation takes months or even years to develop, Invisible Universe’s global creative team constantly monitors for trends and builds new content in real time. This innovative IP development process creates a community around the character that wants to see their new favorite character on traditional media platforms.

In order to create characters that people would fall in love with on TikTok, Invisible Universe has amassed a global team of animators to move at the speed of social and respond to trends and community requests while also telling character stories.

Character Stories: Each celebrity partner is closely involved in the creation of each of the characters and how they fit into the celebrity’s life. The inspiration can come anywhere – Squeaky & Roy is based on Dixie D’Amelio’s long lost favorite toy, Clydeo is the cousin to Jennifer Aniston’s real-life dog Clyde, Qai Qai is Serena Williams’ daughter’s doll brought to life. Each timeline is a mix of both character development – snippets of the character’s life – while also leaving room to comment on the latest TikTok trend. Both of these types of posts enable fans to jump in whenever and understand the premise of the account.

Trends: The word “trends” has almost become synonymous with TikTok. Traditionally, animation studios haven't been able to move fast enough to comment on viral videos. However, Invisible Universe’s animation team operates like a 24/7 global newsroom – constantly watching for emerging TikTok trends and creating responses from their characters. For example, Qai Qai is always ready to bust a move from the latest TikTok dance or Clydeo tries the trending cooking challenge. Not only does Invisible Universe’s flexibility and quick reaction time allow them to create new content in parallel with emerging trends, but also allows for speedy action regarding audience requests.

Community Requests: Invisible Universe relies on community engagement to build content that is tailored to what the audience wants to see. The characters’ social teams are constantly interacting with fans and reading their comments, taking into account what they want to see their favorite animated characters doing. For example, shortly after Squeaky & Roy launched, the duo’s fans wanted a tour of their animated world which wasn’t slated to run for a few more weeks. Invisible Universe’s team pivoted quickly to produce the room tour  before the fans had lost interest. This unique approach keeps both audiences part of the storyline and the community consistently engaged.

Invisible Universe has seen tremendous growth since launching each of the characters on TikTok.

Qai Qai, Serena Williams’ daughter's doll brought to life, has captured the hearts of audiences with the latest dance moves and infectious personality. As the company’s first and most successful character, Qai Qai has a following of over 3.3 million on TikTok. Additionally, she is a best-selling doll on Amazon and has had sponsored partnerships and will debut Serena Williams’ first children’s book, The Adventures of Qai Qai, which is an inspirational story about believing in yourself.

Squeaky & Roy, developed in partnership with TikTok sensations Charli and Dixie D’Amelio, are inspired by Dixie’s long-lost toy. In the first 48 hours after launch in June 2021, Squeaky & Roy had over 105,000 followers across social accounts, over 5,000 shares, and over 431,000 likes on TikTok. The duo now have almost one million followers on TikTok alone and interest from merchandisers for upcoming deals.

Kayda & Kai, Karlie Kloss’ robot personal assistant and docking station, debuted on TikTok in February 2021 and grew from zero to over half a million followers in less than 90 days. 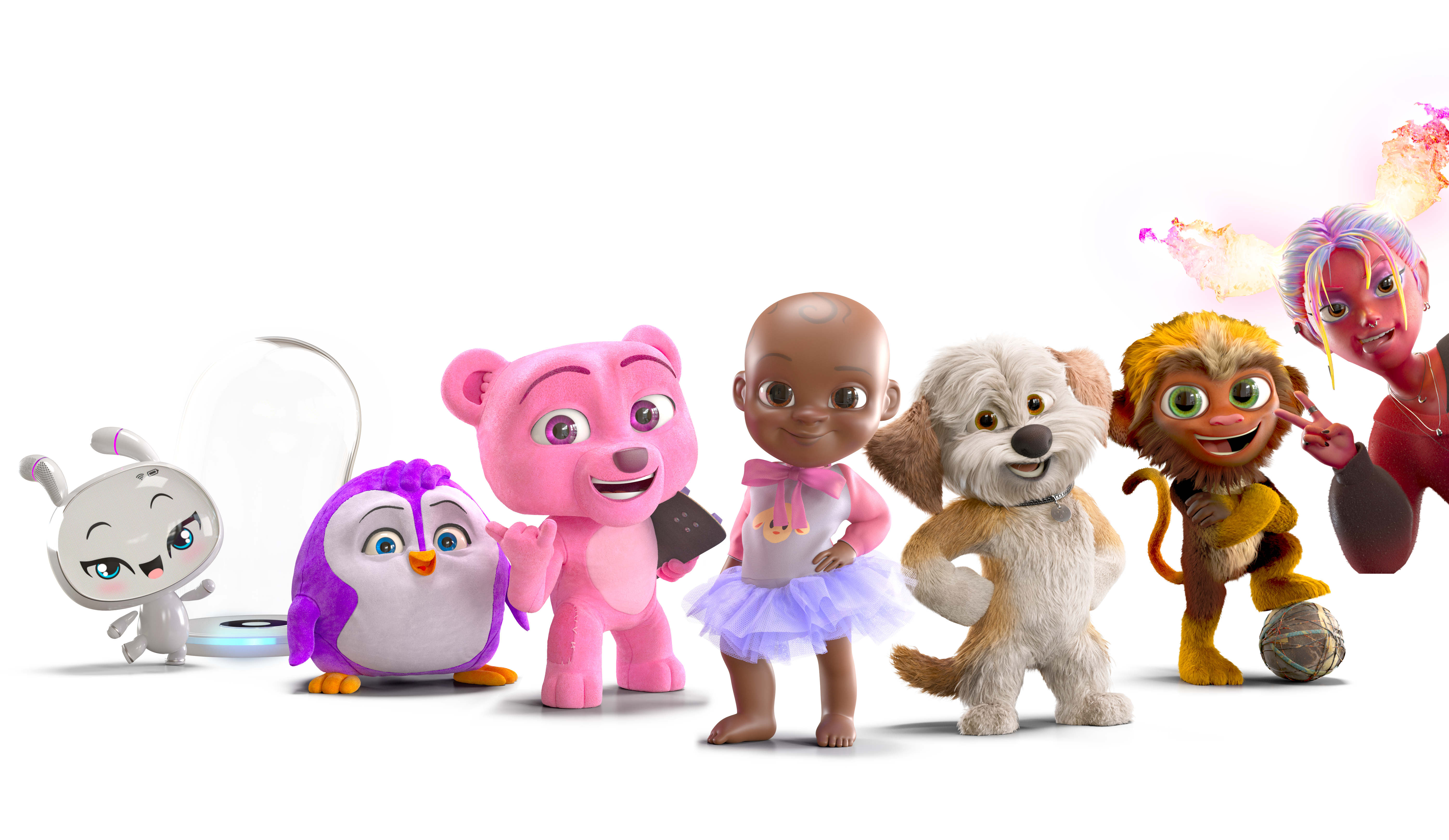