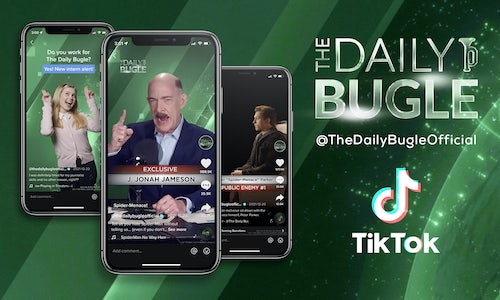 The release of Spider-Man: No Way Home was a colossal cultural event that amazed audiences around the world. Working with our partners at Sony Pictures and TikTok, our goal was to drive excitement with a unique in-world activation that made fans around the world part of the Marvel Cinematic Universe.

The Daily Bugle, the in-world news organization, is a long-standing staple of the Spider-Man franchise. For No Way Home, we made TikTok the digital home of The Daily Bugle with custom content that presented an entirely new narrative for Spider-Fans. Inspired by the events of the film, teenager Betty Brant from the Home series gets a job as the “intern” at the Daily Bugle and takes charge of the organization's TikTok account. While delivering up-to-the-minute headlines, Betty’s personal connection with Peter Parker often clashed with J. Jonah Jameson’s anti-Spider-Man propaganda.

To bring this new spin on The Daily Bugle to life, we worked with actress Angourie Rice to film a series of custom TikTok-optimized content. We then strategically combined footage of Betty with clips from No Way Home as well as never-before-seen deleted scenes featuring other cast members.

The Daily Bugle found its home on TikTok. 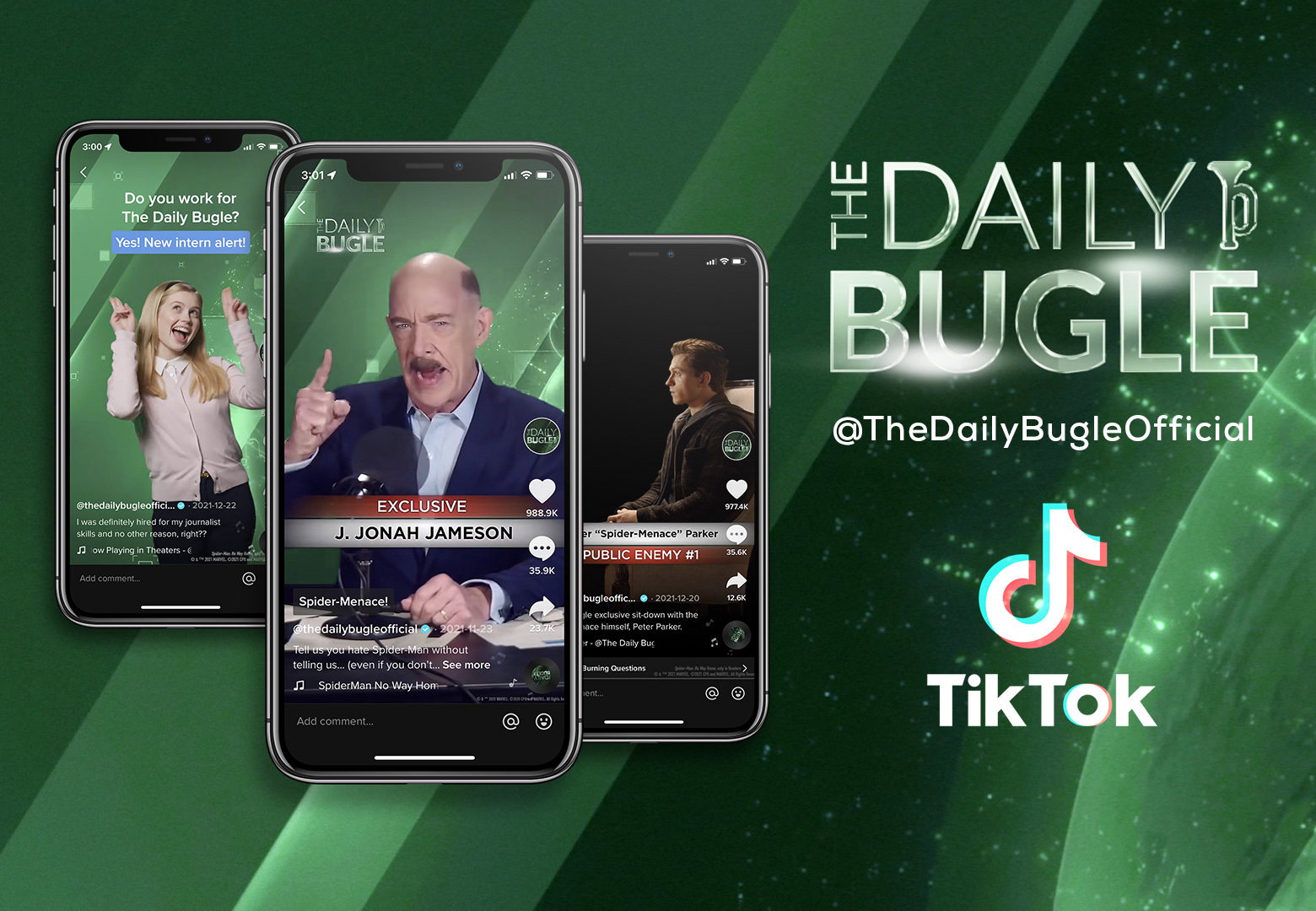