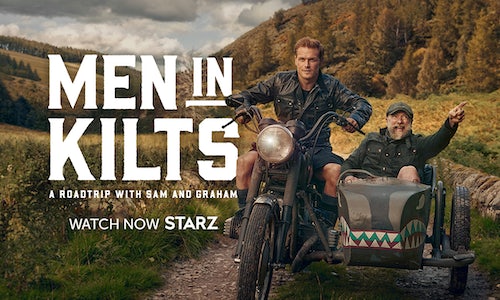 The Roadtrip of a Lifetime | Men in Kilts: A Roadtrip with Sam and Graham Season 1 Campaign | STARZ

In 2020 STARZ introduced a brand new travel show called Men in Kilts to its slate, featuring two of Outlander’s iconic stars: Sam Heughan and Graham McTavish. While fans have fallen in love with the characters the men play, they have yet to experience the friendship and lust for adventure inherent to their off camera relationship until now. The goal? To activate the passionate Outlander fan base who already know and love Sam, Graham, and Scotland as word of mouth ambassadors for the series while never alienating the broader audience of untapped fans, eager to travel the world each week though the comfort of their couch and the STARZ App.

In the crowded landscape of entertainment, Men in Kilts stood out with vibrant social creative that put Sam and Graham first and celebrated the history and culture of Scotland with as much passion as our hosts have for their home country.

Through on-location video shout outs and targeted scene clips, fans were invited to join Sam and Graham's hilarious friendship as they provided a second screen inside look at their many adventures across Scotland. These clips combined with beautiful landscape footage and photography from the show were able to provide fans a safe way to travel during the pandemic and framed our community management and copy around this opportunity to escape.

We encouraged a deeper connection with our hosts through a custom "What's your Travel Style" quiz, which allowed fans to discover and share if they are more a Sam or a Graham when it comes to their own adventures.

Finally, the campaign eventized Valentine's weekend premiere with bromantic messaging that drove urgency to spend the holiday with the best dates the Outlander fanbase could ask for- Sam and Graham! Through personalized Valentine's Day themed Heart to Remind creative, sharable social Valentines, a massive Tastemade Valentine's Day takeover including a Scottish Tiny Kitchen featuring Sam Heughan himself, and a Valentine’s Day shortbread cook-along event, the Outlander fans felt like part of the festivities!

Fans of Sam and Graham unanimously loved the series ("Men in Kilts is just another great show for us fans" "Men In Kilts is the best 30 mins on TV") which was a great boon to STARZ with Men in Kilts landing during the period between Outlander seasons called "Droughtlander." Our fanbase came back week over week to talk about each new episode, helping Men in Kilts rank #1 or #2 in Talkwalker's most social premium cable series each Sunday. The series overall ranked #9 in Talkwalker's Top Premium Cable Series of 2021 -- no small feat for a 30 minute travel series!

Most importantly, we're thrilled to have been able to impress our devoted fanbase with our approach to creative and community management. In the words of @SusieD57, "Whoever is in charge of marketing #MenInKilts, should get an award." So go on, listen to Susie. 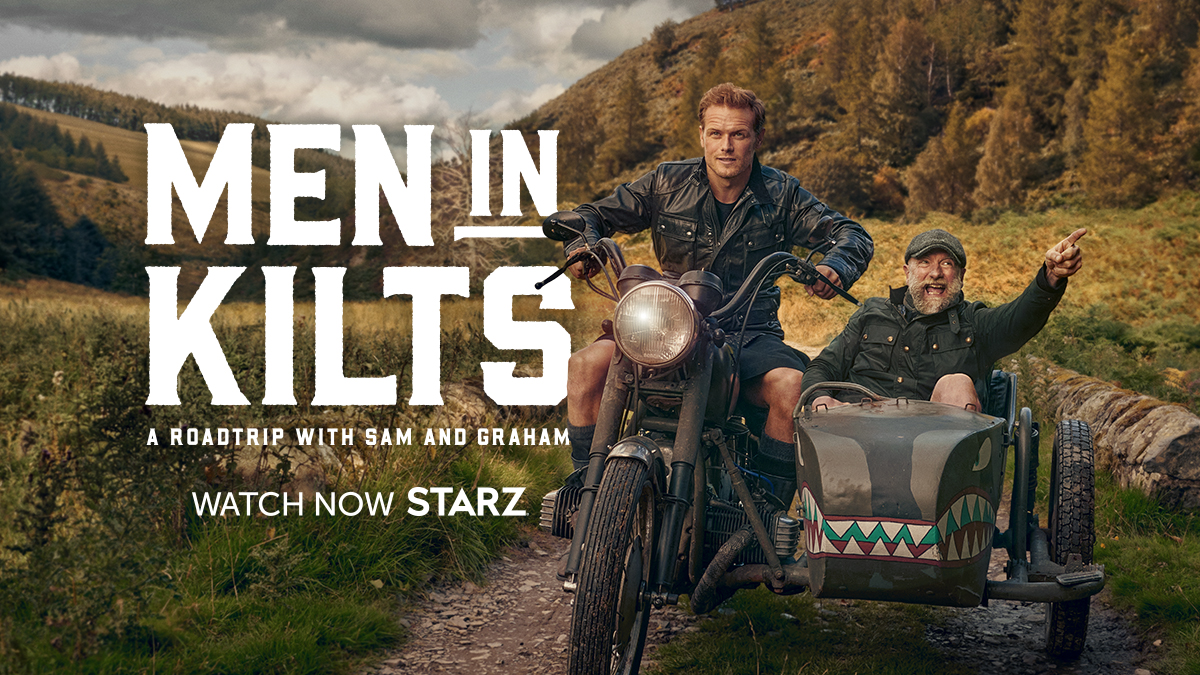