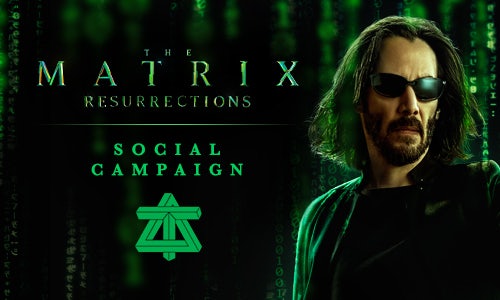 Warner Bros. needed on-brand, digital tactics that leveraged the appeal of the Matrix franchise’s characters and iconic elements across all of their various platforms and audiences.

For the next installment of this legacy property, we set out to generate awareness, affinity, and ultimately viewership of Matrix Resurrections. To do this, we created content that would both excite The Matrix’s devout, 20-year-long fanbase, and entice new audiences to the franchise.

Pairing action-packed clips with cheeky holiday humor, the “12 Days of MatriXmas” was a particular hit with fans as the release date for the film was 12-22-21.  We replaced a run-of-the-mill countdown with a punchy, creative, and unique iteration inspired by the classic “12 Days of Christmas” song. In this version, we turned the tradition on its head by writing catchy and on-brand Matrix-related takes on the original lyrics and paired them with corresponding hype-inducing clips from the film.

To further drive excitement and support our CTAs, we created compelling pieces that “stop-the-scroll” on social. We leaned into using the most exciting clips from the film and coupled them with perfectly edited audio, custom typography and motion graphics inspired by the iconic digital rain motifs in the film. We also leveraged the participation of Keanu Reeves and Carrie Anne Moss who recorded TikTok prompts scripted by our team to encourage audience engagement.

Our pieces inspired audience fervor on social, and both Tangent and Warner Bros. received many accolades for the excitement generated around the film, including unsolicited write-ups in the press for the MatriXmas campaign’s originality.

By ensuring commitment to the iconic elements and visual language that is beloved by Matrix fans around the world, we made audiences feel like they could step into the Matrix right through their screens. And, by highlighting the universal themes of the film, like the love story between Neo and Trinity, we invited a new generation of fans to experience the franchise. 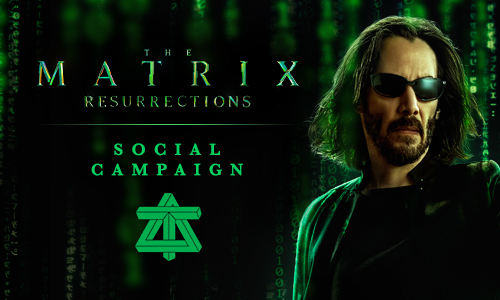