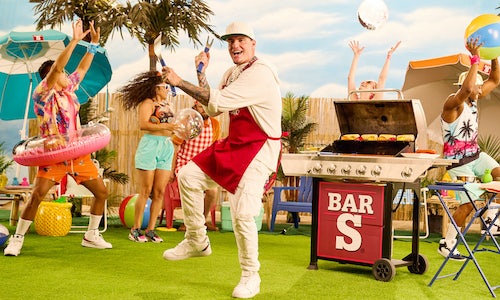 Bar-S Foods is an economy brand that makes hot dogs, sausages, lunchmeat, bacon and other frozen items, but is most-widely known for its line of hot dogs. Based on pure sales volume, Bar-S Hot Dogs are one of the top-selling brands in grocery stores, but the portfolio has been slowly declining, largely because of public perceptions about hot dogs and other processed meats.

While developing new product, package and premium line extensions is a priority to help with portfolio perception, the brand’s reputation is still primarily linked to its hot dogs, particularly the least expensive options available. Because of its focus on strictly marketing value in the past, Bar-S has struggled to compete with well-loved and well-funded brands such as Oscar Mayer, Johnsonville and Hillshire Farm that sell at higher prices and focus on brand-building efforts in addition to lower funnel tactics. Additionally, the rise in trusted, private label grocery brands has impacted their role as the value brand leader, and eroded their brand’s value-based identity.

With pressures on both the brand and business performance, the Bar-S campaign objective was to raise awareness and reframe perceptions, leveraging their hot dog reputation in key media markets during the PEAK summer season to drive hot dog sales.

We had to tackle two separate but related client goals - improve brand perception AND drive sales. We needed to tap into the core Bar-S consumers to find a human truth that connected them back to the brand, that moved their perception from a poor, value-based perception, to one that is emotionally positive.

While researching and studying the current macro trends impacting pop culture and where they overlapped with the Bar-S audience, we saw a very real human truth to root our creative strategy into.

90’s nostalgia for pop culture, music, products and a simpler time (free of a pandemic, food shortages, falling household incomes) were a major driving force for the core Bar-S consumer called the “Dependables”. The 90’s nostalgia was a vehicle for “Dependable” parents to look back to for inspiration in the kitchen and for entertainment. That nostalgia was connecting parents and their kids through social media experiences, especially those channels relevant to the Bar-S target consumers such as Facebook and Instagram. The Dependables weren’t into TikTok or other newer channels, like their kids were, but their kids still used Facebook and Instagram. That was important to stay focused on, because we needed to be where they both were - not where the buzz was.

The Bar-S “Dependables” wanted nostalgia, so we created a 1-2 punch of 90’s music and pop culture, through a Hot Dog-themed music parody and 90’s style parody music video, that elevated the Bar-S brand away from conversations of taste & price into conversations about being entertained and pride for being brand fans.

But it wasn’t good enough to do a simple 90’s song parody. So rather, let’s mashup TWO of the most iconic names in music from the 90’s into one earworm of a song and give a Bar-S fan a chance to be in a totally epic throwback style music video. We used the lyrics and songs from Sir-Mix-a-Lot’s Baby Got Back, re-written to Baby Got Buns by our team. Then we had newly revitalized pop artist, Vanilla Ice, sing and star in the parody video. As an ambassador for the brand, ICE grew up eating Bar-S, noting in our intro calls that Bar-S hot dogs and bologna were always in his family fridge. We loved that his own hard-working background, 90’s culture connection and story were 100% relatable and authentic to the brand and its audience.

The Iconic Summer Mashup came alive on #NationalHotDogDay in July 2021 across Facebook, Instagram and YouTube – all channels the Dependables over index on as entertainment vehicles. Vanilla Ice and our TikTok & Instagram influencer who directed the video, Ben Giroux, all posted and shared the video to boost its organic reach across each channel.

The video was cut into multiple :6, :15 and :30 second teaser cuts and GIFS that were used to drive awareness, engagement and most importantly, a positive emotional response across targeted digital and social media.

The campaign was a two-part success.

First, we had an incredible increase in sales. In the 12 Bar-S Media Markets where the ISM aired with a targeted media buy, it contributed +12.01% YoY dollar sales growth vs. 2019 for the Bar-S brand! Why 2019? 2019 was a more typical year vs. 2020, which was an anomaly year that saw unprecedented shifts in consumption patterns due to the effects of COVID-19.

Secondly, Bar-S broke through Facebook’s algorithm and enjoyed its own moment of virality and positivity that it had never seen before. Bar-S had over 500k organic video views of the full music video on Facebook alone, and more than 90% of those views came from people not following Bar-S. Over 40% of all the views on Facebook came from shares.

In addition, the creative idea hit just right. Yes, we turned the tables on a brand who previously got mostly poor and negative comments and generated over 3,000 amazing positive comments about the brand. We created more positive comments for the brand with one video than all other posts in either 2020 or 2021 combined.

Video for The Iconic Summer Mashup 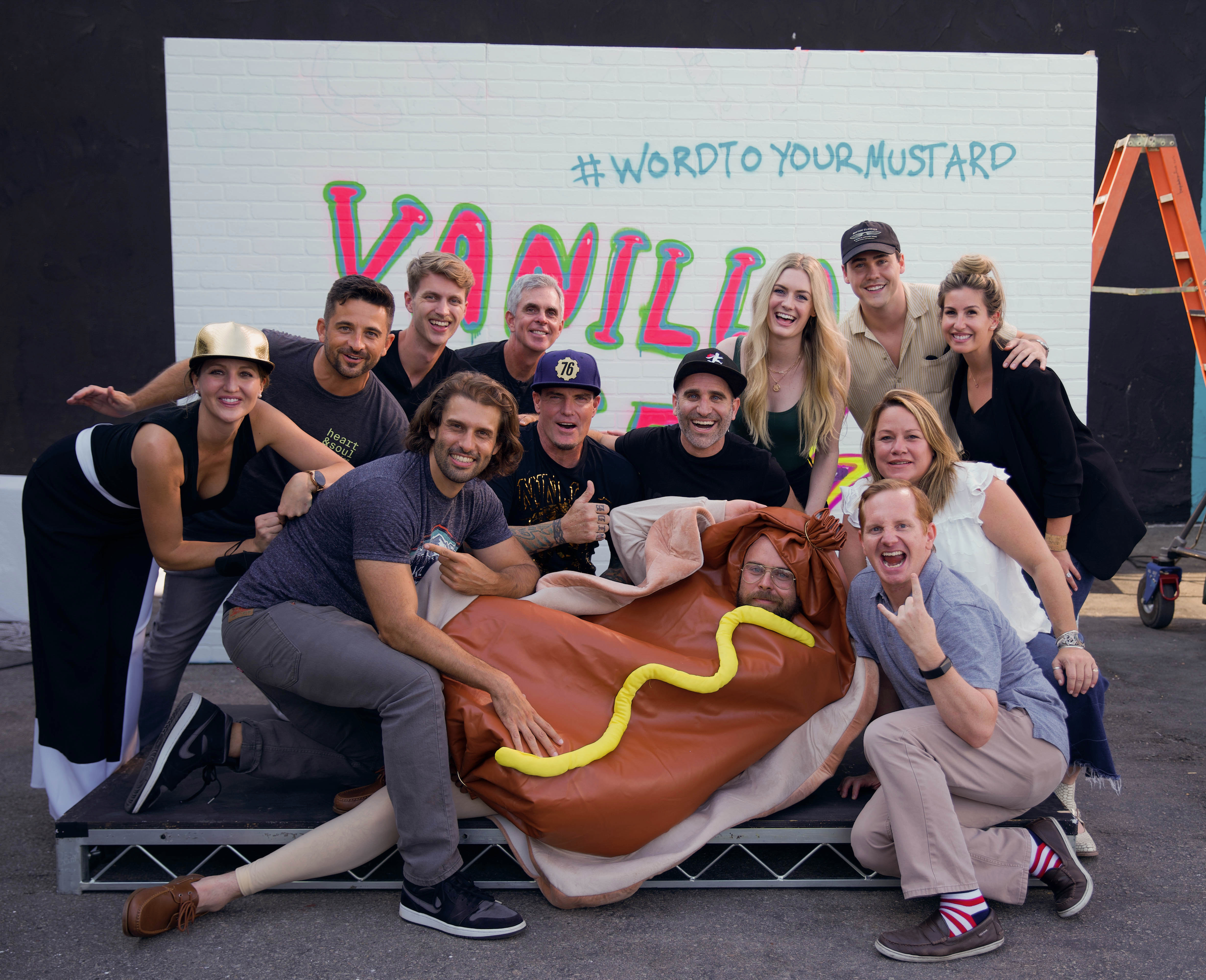 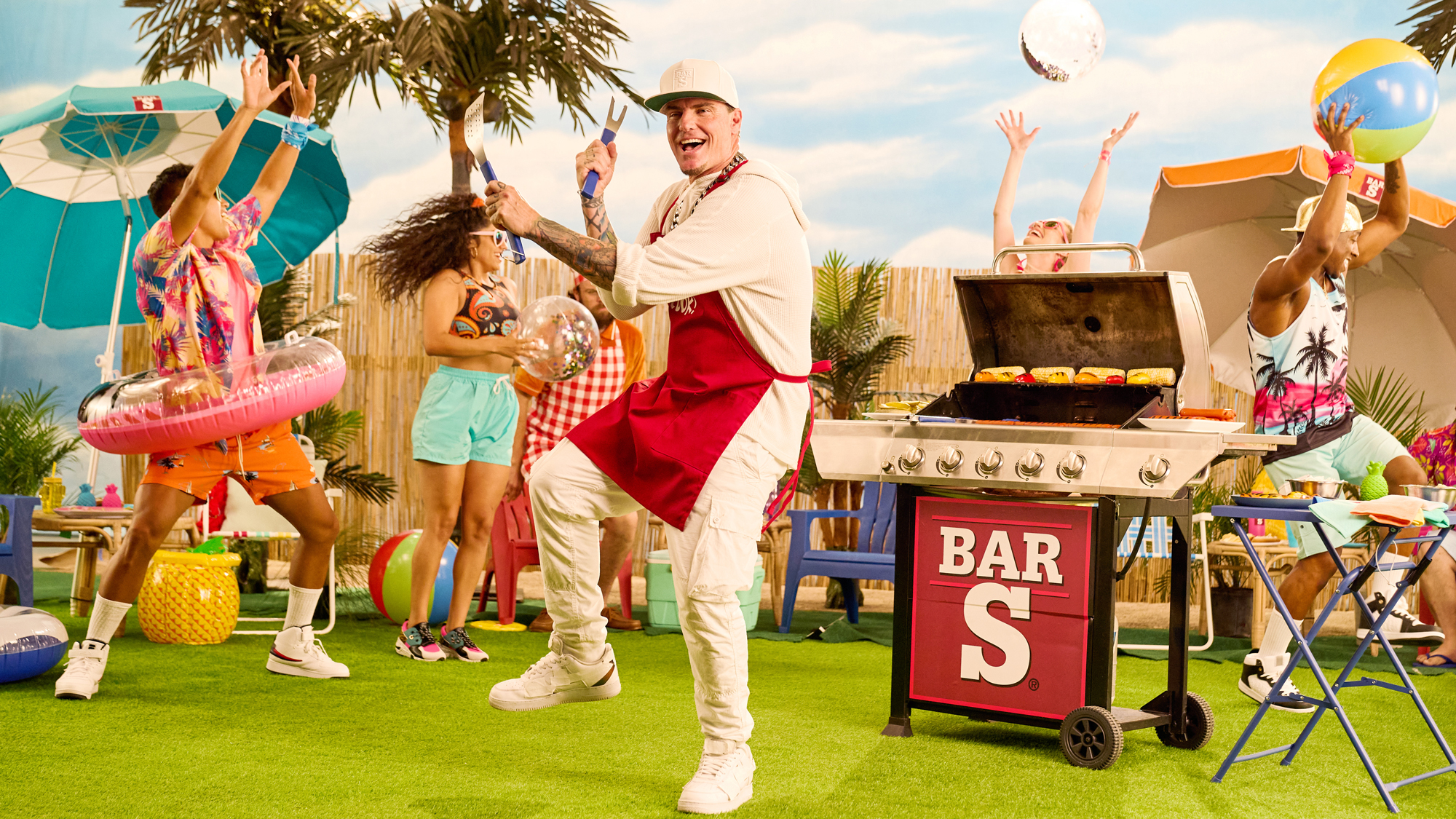