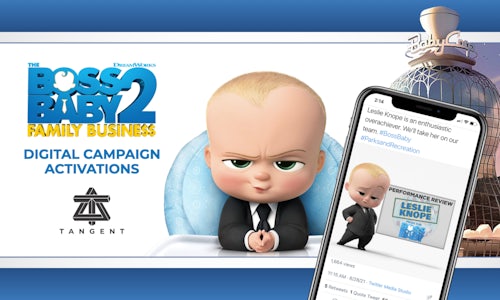 Our goal was to generate awareness, affinity, and ultimately viewership of the new Boss Baby movie using the property’s digital ecosystem. Universal wanted on-brand, cost-effective digital tactics that leveraged the appeal of the franchise’s characters and iconic elements, as well as harnessed the power of NBCUniversal — across all of their various platforms, audiences, and beloved IP. The content needed to work as well for pre-existing fans, as it did for new audiences around the world.

Leaning into the titular ‘Boss Baby’ himself, we created a simple, versatile, and on-brand concept: NBCU Performance Reviews, as only Ted Templeton could deliver! Like the Boss Baby franchise itself, this concept allowed us to blend relatable corporate tropes for adults, with broad-playing irreverent baby humor. Furthermore, worlds collided as we tapped into not just the audience of Boss Baby, but also that of some of Universal’s most popular IP.

We identified several of NBCU's most iconic employees of the past and present including The Office’s Michael Scott, Parks & Rec’s Leslie Knope, Fast & Furious’ Dominic Toretto... and the most meta of them all, 30 Rock’s Jack Donaghy!

We scripted lines for Alec Baldwin to read on Uni's CCD, and scoured through untold hours of footage to find fan-favorite clips and inside jokes from each film & TV series. We managed to blend & balance disparate tones, characters & storyworlds to create cohesive, fun and shareable :30 AV spots that were leveraged across social, as well as the popular streaming platform Peacock.

The best measurement of the campaign’s success was the client’s satisfaction. The Universal Pictures team was so enthused by our premise, that they quickly expanded beyond their original scope to include the wider NBCU & Peacock teams. They loved the way the concept was centered around their group’s key priority (The Boss Baby: Family Business) but also showcased the best and brightest IP in the NBCU library, and drove interest in their fast-growing streaming platform Peacock. In fact, our idea originally designed for social channels was soon added to the Peacock platform to increase its reach.

As part of the campaign, we also developed an AR filter so fans could create their own Baby Corp-themed job titles. Once again, this idea was such a hit that it kept growing, and was translated into over a dozen languages for Universal's global territories.

These ideas were designed to be both on-brand and on-budget. All of Ted’s performance evaluations were scripted & edited using existing Boss Baby toolkit footage, as well as clips from other NBCU shows & films. And while the evaluations required talent involvement to ensure the highest level of authenticity (after all, Alec Baldwin’s voice is inimitable!) they did not necessitate costly custom AV. We delivered maximum bang for their buck, which left our client, as well as Boss Baby fans, with big smiles on their faces. That’s just good business — even the Boss Baby himself would be proud! 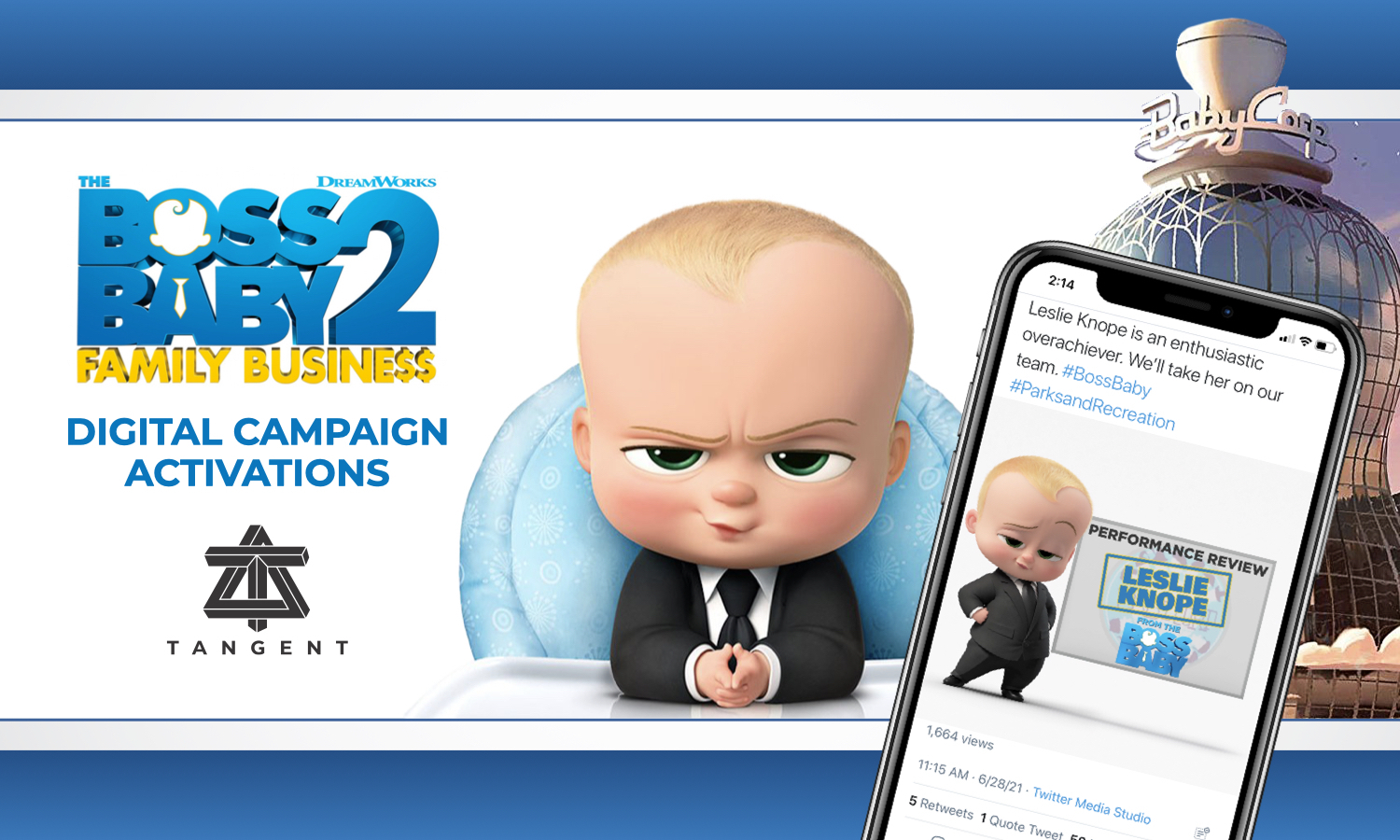