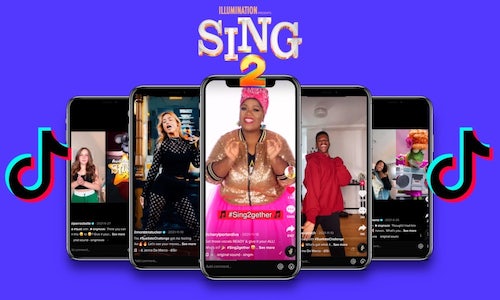 To support Universal Pictures’ Sing 2 theatrical release, QYOU set out to make the film a blockbuster hit and establish the film as a global franchise with a TikTok mentality. The 2021 holiday campaign was complete with the platform’s biggest creators, character-inspired custom creative, and pitch-perfect content amplification orchestrated perfectly to get audiences singing the same tune.

This campaign had its fair share of challenges, but QYOU was able to step up to the mic and crush their goals despite these obstacles. QYOU had to repackage the Sing 2 trailer to fit into a TikTok format, essentially reconstructing a whole new trailer scene for its campaign assets. They had to be strategic in these edits, understanding what would be enticing to audiences without giving too much of the movie away. QYOU was met with another challenge in the “Suéltate'' dance challenge portion of the campaign. More specifically, how do you get a song that was made for the movie to go viral on a platform that favors preexisting hits? But in their recruitment of the right influencers, QYOU was able to garner hype and get TikTok grooving to “Suéltate'' - resulting in a fantastic amount of UGC.

QYOU tapped 19 influencers to post across three, high-energy promotional pulses building in a crescendoed song and dance. The film’s trailer drop was phase one, with leading influencers inserting themselves into a key scene from the trailer in a duet highlighting their own unique style. The second phase featured top dance influencers grooving along to a viral dance trend based on a hit song from the movie’s soundtrack. The last phase introduced TikTok to the #Sing2gether competition, inviting creators to perform one of three songs from Sing 2 for a chance to attend the premiere and win a record deal.

Key Results by the Numbers

Video for Sing 2 on TikTok 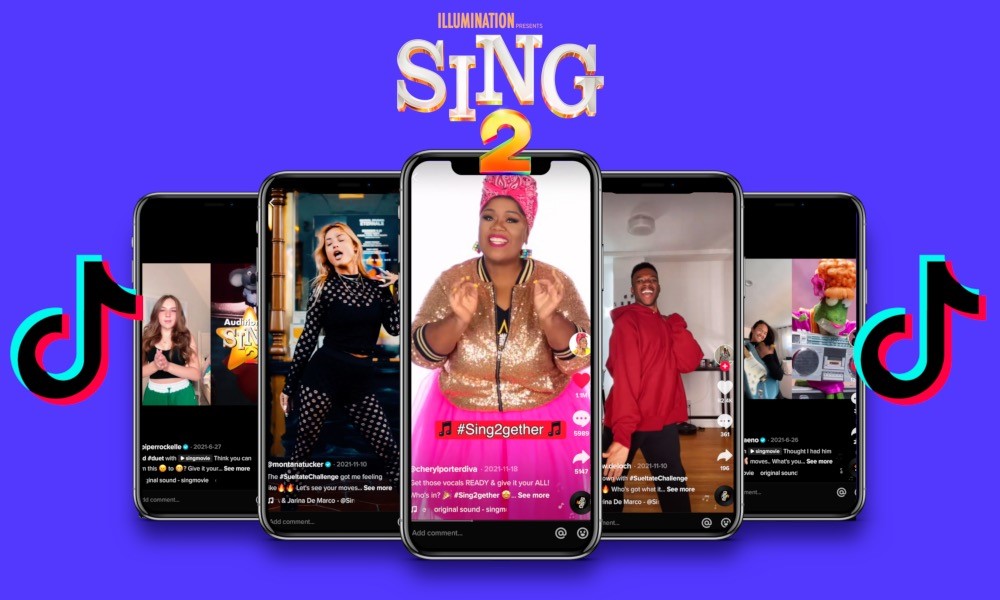